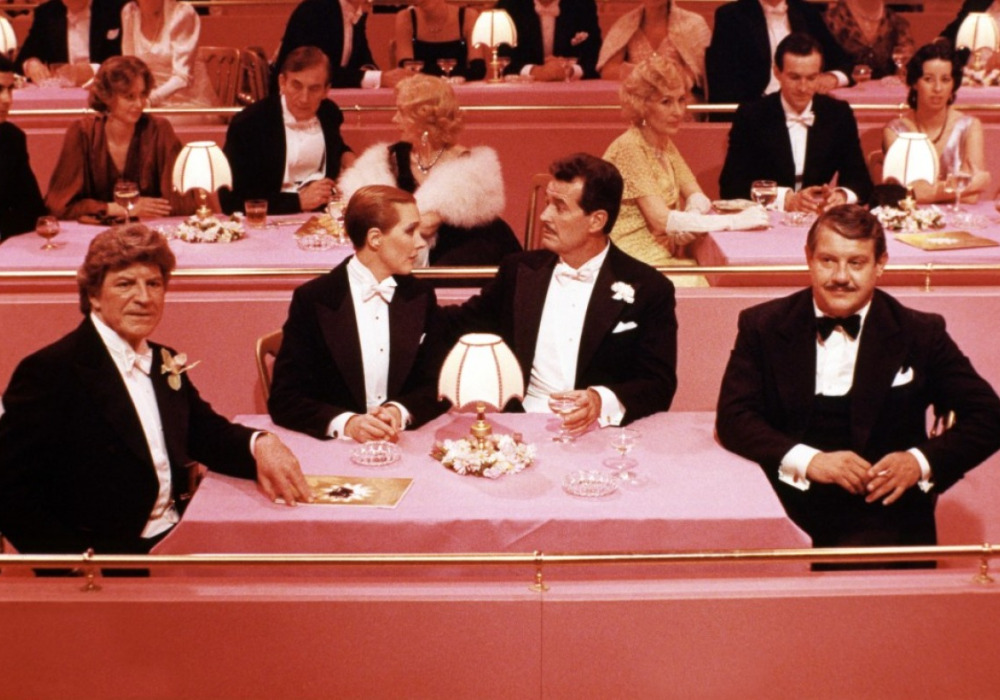 Farce – A farce is a comedy in which everything in the situation is absolutely absurd. The narrative usually revolves around a deception or case of mistaken identity using slapstick humour and near discovery of the mistruths. Fast paced physical with well-drawn characters defines the presentation of farce. 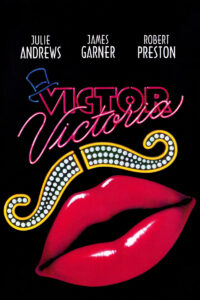 Farce is perhaps the most underrepresented and most difficult form of comedy on the big screen and yet, when it works, it can be breathtaking in its beauty, acting, direction and execution. Based on mistaken identity, the entire narrative revolves around the person getting away with the farce, for a time, with near discovery misses, the curious careful watcher who thinks they have it all figured out, and the transformation of the characters by the entire narrative.

In 1982 the two finest screen farces were made, the extraordinary Tootsie, arguably the greatest comedy ever made (on this list closer to the top) and Victor/ Victoria, a remake of the little known German 1933 film, Viktor und Viktoria.

Blake Edwards directed the film, and it moved with the breakneck speed of a perfect farce, but Edwards gave the film great heart through the performances of Julie Andrews, Robert Preston, James Garner, the great Robert Preston (never finer) and Lesley Anne Warren (spectacular). It seemed perfect that this was an MGM musical and no real surprise it was a monster hit with audiences and critics of the time. It has aged very well, and today, almost forty years later, looks as fine as it did back then and is as funny and relevant.

In Paris, 1934 Toddy (Preston) is an aging gay performer at Chez Lui, and one afternoon sees the owner auditioning a beautiful songstress, Victoria (Julie Andrews), singing her heart out. Barely able to stand due to hunger, Victoria is at the end of her rope. Spotted later by Toddy in a classy restaurant, she eats as though famished, and he joins her. He admits shock that she is eating out as he had thought she was at the end of her rope while singing. Turns out she is, but in her purse she has a live cockroach and at the right moment plans to drop it in her salad. She orders one meal after the other, asking Toddy to eat with her, which he does. The droll waiter is stunned at the amount of food they are eating but continues serving. She does indeed dump the insect in her food, but it escapes and all hell breaks loose in the restaurant and they make their escape. Bonded by friendship that was immediate, Toddy offers her a place to sleep, his bed, where he knows she will be safe. The next morning Toddy’s former lover, the arrogant, younger Richard shows up and Victoria hides, but when Richard calls Toddy a “pathetic old queer”, he opens a door and Victoria socks him, breaking his nose. She hits him again as she throws him out of the apartment. Toddy is enthralled, watching every move she makes. Toddy speaks with her and decides their greatest chance for success is to pass her off as a man who performs as a female impersonator. They secure the finest agent in Paris, and off they are running to great success and growing wealth. They cannot lose!

The agent Cassell (John Rhys-Davies) books her in a nightclub and for her first show invites club owners from around the globe to see his new discovery. Cassell fully accepts that she and Toddy are lovers, and never questions whether or not she is a man, he believes. Among the club owners in the audience is Chicago mobster King Marchand (Garner), his ditsy jealous moll Norma (Warren), and his bodyguard (Alex Karras) who harbors a secret all his own. Smitten by Victoria as she sings, boldly showing off her musical range, he is stunned and unbelieving when she removes her wig showing she is man. Marchand pursues her, so sure he is right, while Norma seethes in rage, threatening him, attacking him, behaving so shrilly he send her home in a fury where she runs to the Chicago mobsters and fills them in on King being gay (which he is not). His bodyguard, Squash (Karras), meanwhile begins a quiet affair with Toddy, much to the shock of everyone. After spying on Victoria, watching her get out of the a tub, Marchand knows she is a woman, but also makes clear his feelings as he kisses her, telling her “I don’t care if you are a man”.

Back home, Norma has happily told her story to the mob who come to Paris hoping to ruin Marchand, but Victoria has already decided to give up the persona to be with King. But what to do about her show? Toddy dresses as a woman, which solves the private investigation going on against Victoria, and allows Toddy a great show stopping ending to the entire nightmare.

Blake Edwards always struck me as a classy man, decent, elegant in a very vicious business. His success in the early sixties was no surprise, having cut his teeth in television. Breakfast at Tiffany’s (1961) was a huge hit for him, bringing the finest out in Audrey Hepburn, while Days of Wine and Roses (1962) was, during the time of its release, the finest and most explosive film to deal with alcoholism. He then began helming the Pink Panther series, and scored huge with three consecutive hit films, 10 (1979), the black comedy S.O.B. (1981), and Victor/ Victoria.

Though never nominated for an Academy Award as Best Director, he certainly should have been and was awarded an Honorary Oscar in 2004, well deserved.

Victor/ Victoria was undoubtedly his greatest film. Knowing casting was everything, he superbly saw to it he had the right cast for the film, and each actor delivered, beautifully and perfectly.

Julie Andrews, years away from being the sweetheart of cinema, was excellent as Victoria and dressed as a man had a David Bowie vibe to her work that worked to perfection. There was real sadness during the down and out scenes, but the moment she met Toddy, there was an instant chemistry between the two of them that suggested best friends now and forever. Robert Preston soared as Toddy, giving a warm, brilliant portrayal of a gay man fearless to fight for what he thinks is right. This might have been one of the first times audiences watched a gay man throw himself into the thick of a fight and not come out beaten to hell. Gay or not, Toddy is a man’s man (in more ways than one) and in the role the wonderful actor did the best work of his career. Both he and Both Preston and Warren received well-earned Academy Award nominations, and both deserved to win.

This is one of those films where the supporting players outshine the leads, I mean no disrespect to either Andrews or Garner, both were warm and loving, I believed them as a couple, but the truth of the matter is the supporting actors blew them off the screen with their performances. Granted they were written as much more fun, and having Andrews and Garner likely saved the film, anyone less than either of them would have blown the chemistry.

Andrews had long been without a hit in a major Hollywood film, and her last shot at an Oscar had been in The Sound of Music (1965) for which, yes, she deserved to win. She had won the year before for Mary Poppins (1964) and should have been one of the Academy’s two in a row winners. She was excellent in Victor/ Victoria, getting a third Best Actress Oscar nomination, as was Garner as the tough mobster looking for new talent and instead finds love. Garner reminded me of Clark Gable in this film, that surliness, cockiness and confidence oozing out of every pore. So confident is he that Victoria is a woman he whispers to her before kissing her, “I don’t care if you are a man”, gender meaning nothing. In that sense look how far ahead of its time the film was! Attraction to the same gender had never been openly explored on film before, and here it was making an appearance in a lovely, creative farce.

The music for the film was superb, with some terrific songs which Andrews and Preston belted out, using those great singing voices. The best I think was “Le Jazz Hot”, the first appearance of Victoria as a man. The art direction and production design beautifully created both the beauty and poverty of old Paris, while the costume design was letter perfect.

Nominated for seven Academy Awards, including the aforementioned acting nominations, it also scored nominations for the superb Production Design, Costumes, the Song Score, and Adapted Screenplay, winning for the Score. I have always believed both Preston and Warren should have won each in the supporting categories, both performances splendid. Truly I had always believed the film deserved nominations for Best Director and Best Picture, though the competition was fierce that year.

Years later the film inspired a stage production which had a fine, long run on Broadway, but it did come close to the film, which was a love letter to the time, and to the art of farce. You will find yourself grinning while watching that wry, lovely performance of Preston as Toddy, you cannot take your eyes off him.

A lovely, brilliant film created with love and genuine beauty for the audiences of the eighties. 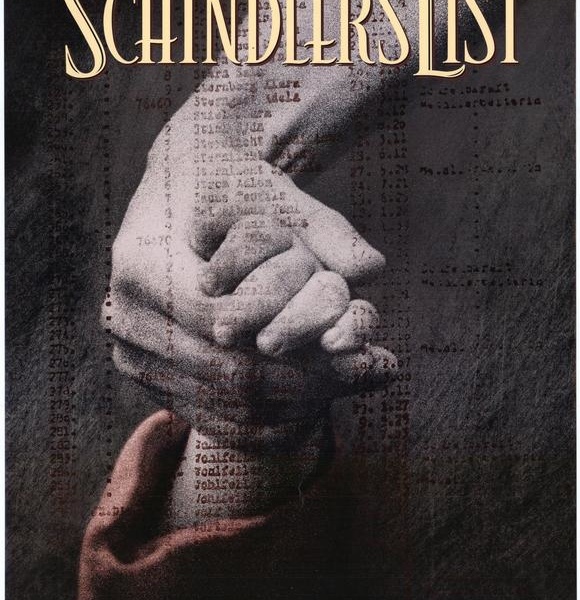 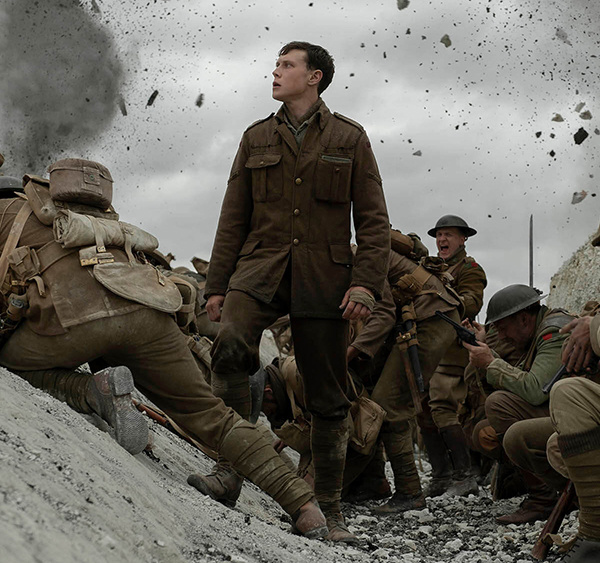 SOME OSCAR CONTENDERS STILL TO OPEN