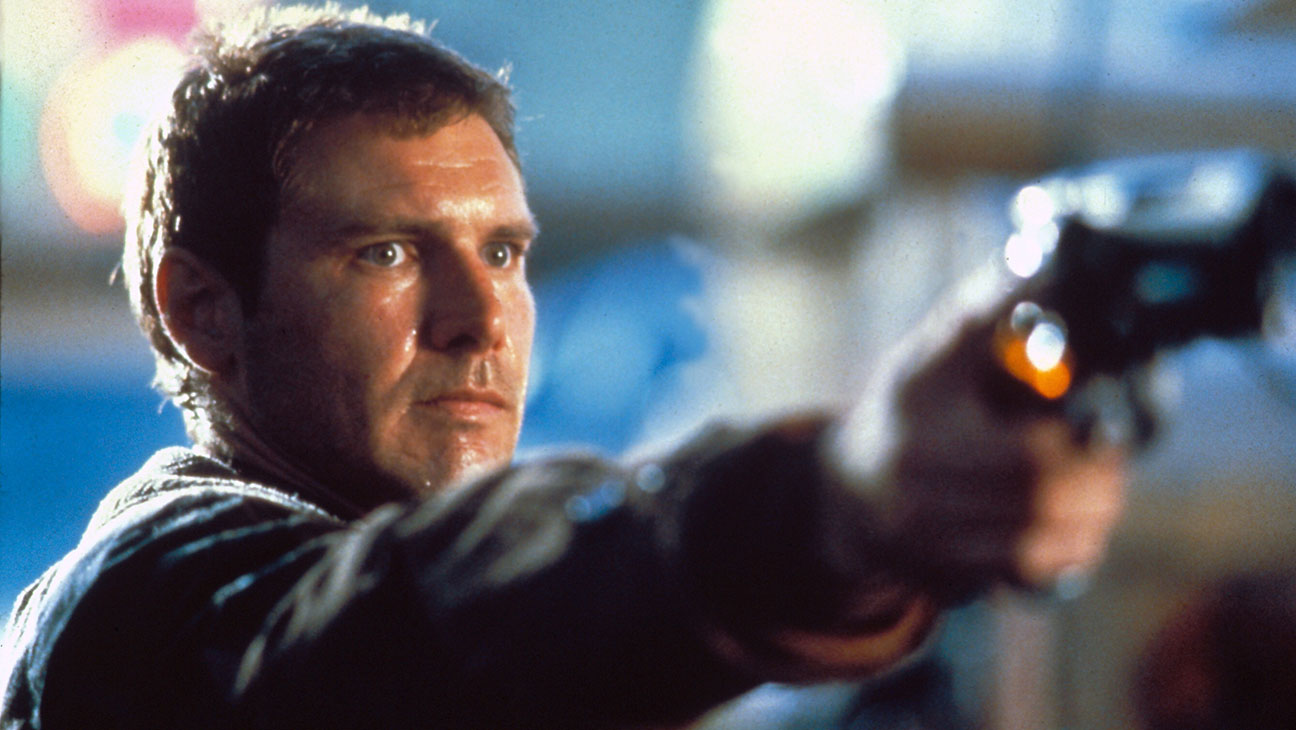 “I’ve seen things you people wouldn’t believe. Attack ships on fire off the shoulder of Orion. I watched C-beams glitter in the dark off the Tannhauser Gate. All those moments will be lost in time … like, tears in rain. Time … to … die.” – Roy Batty (Rutger Hauer), Blade Runner (1982) 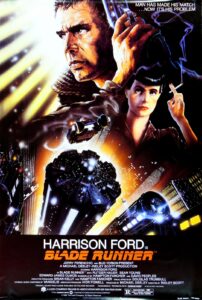 And with those words, spoken to the former cop, or blade runner who had been trying to kill him through the narrative of the film, Roy Batty dies. He had just saved the life of this man, Deckard (Harrison Ford), who moments earlier was attempting to kill him, and as Deckard slipped off the top of the towering building, Batty grabbed him and with his considerable strength lifted him to safety, sitting down, caressing a dove, knowing death was coming for him.

Roy was a replicant, an artificial human building with a four-year life span built into the replicants when they began realizing they were more powerful and superior to humans and started killing them. The four-year span assures they do not have time to realize what they are. But commerce kept the Tyrell Company experimenting with replicants and now they are in real trouble.

A group of them, led by Roy, have slaughtered the crew and passengers aboard a ship bound for the off world colonies, where the replicants have been exiled, and come back to earth where they will wreak havoc. Roy has a certain agenda, a longer life for he and his friends. When the replicants began to exhibit signs of intelligence, and reacted by killing humans, the government banished them from earth to these off world colonies, where they are used as slaves.

Deckard is a retired blade runner, once the very best at retiring (killing) replicants. Forced back into duty he goes in chase of Roy and his crew. To begin he speaks with Dr. Tyrell (Joe Turkel) and his assistant, the beautiful Rachel (Sean Young) and has her undergo a test that determines whether or not she is a replicant. She is but, as Tyrell tells Deckard, she is special. Special how? Deckard learns Rachel has no limited life span and has no clue she is a replicant, but as Tyrell tells him, “she is beginning to suspect”.

Deckard pursues the trio from the ship, especially targeting their leader Batty (Rutger Hauer), because he is brilliant, making him all the more dangerous. They maim and massacre anyone in their path, but Deckard takes care of Leon, and Priss (Darryl Hannah), while the fight with Zora (Joanna Cassidy) nearly has him killed. As Deckard pursues, he enters into an affair with Rachel, who has indeed figured out she is a replicant, but a very special one. Hints are dropped that Deckard himself may be a replicant and not know it yet, that his memories as a blade runner may be fabricated by the Tyrell Corporation.

Still Batty goes on until eventually he is in front of his creator, Tyrell, who cannot give him longer life. Enraged Batty kills him, gouging his eyes out, leading both Batty and Deckard to their final confrontation. Rightfully terrified of the angry replicant, Deckard tries to stay ahead of him, but Batty chases him to a rooftop, where Deckard misjudges the distance of a top of the skyscraper leap and is left hanging off a steel girder by one hand. Looking down on him, mocking him, as Deckard slips off, certain death awaiting, Batty grabs him with one hand by the wrist and lifts him to safety. Holding a beautiful white dove, he speaks the quote above to Deckard, and then with the words, “time to die” bows his head and does just that.

Why did he save Deckard?

Deckard believes that Batty so loved life in his dying moments he would have saved anyone, bestowed life in his own way rather than take it.

Much has been debated through the years as to whether or not Deckard was a replicant. Director Ridley Scott has returned to the film several times, trimming and adding back in sequences, and finally came up with Blade Runner – The Final Cut on Blu Ray. Added back in was the key dream sequence in which Deckard dreams of a unicorn, which is the tiny paper origami the cop leaves for him in one scene. Of course he is a replicant, that is why he was able to outsmart the other dangerous replicants, except Batty. He understands them, knows how they think, can anticipate their next move. Does he know? I doubt it, but with Rachel with him, running away, maybe they can find happiness together. Maybe before the beginning of the film, Deckard was a brand-new creation, had never been a blade runner until the moment he is hired, and was given as Rachel was an unlimited life span. Speculation on my part.

Among the first things Scott cut was the narration by Ford for the film, he had never wanted it and though I had no trouble with it, the film played better without it. 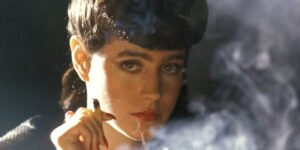 Critics attacked the film in its initial release but have come to hail the film a masterpiece. The bulk of many of the early reviews attacked Harrison Ford for his performance, which I think is one of his best. Watch his eyes, filled with pain as the craft he rides in rises over the city, L.A. in 2019 filled with neon, constant rain, crime and darkness. He looks sad, heartbroken to be here. Is this, considering my theory that he has just been created, the first look of the city he is living in? I think Ford was splendid in a difficult role, and the film is a thinking film, so think about his performance, look deeper. Is he want he thinks he is? Would that not mess you up? And Deckard is obviously confused, and an odd guy. He is quick to tell Rachel what she is and what Tyrell did to her, but I suspect he realizes soon enough the same was done to him. He might not initially believe it, but he will come to terms with it. I have always admired the performance, even in the first version, and by the time they made The Final Cut, it is truly one of the best of Ford’s career.

Rutger Hauer was well known in Europe when he made this film and was well cast as the deadly terrorist in Sylvester Stallone thriller Nighthawks (1982). His performance as Batty was superb, in particular the final scene, which is among the most breathtaking moments in cinema. Brilliantly acted, directed and shot, the rain staining the cheeks of both men, both replicants, like those “tears in rain” Batty speaks of it is a heartbreaking moment. Tyrell played God and gave his creations everything man had, and superior strength and intelligence, but no choice. I enjoyed how Hauer portrayed Batty, with that sense of mocking, as though he knew already the answers to every question he asked, and his prey figured it out too. Both charming and charismatic he was equally terrifying because you just knew something awful was going to happen if Batty wanted it too, which is most of the time precisely what he wanted.

Sean Young would end up a much-maligned actress in Hollywood, due largely to an affair she had with actor James Woods. I thought she had something very special, and this might be her finest work. She just never got the chance. Both Joanna Cassidy and Darryl Hannah are excellent in their roles, as are all the actors.

Ridley Scott had previously been a set designer and had directed Alien (1979) which landed him the job of directing Blade Runner. One of the most eagerly awaited films of 1982, Blade Runner was based on Phillip Dick’s novel “Do Androids Dream of Electric Sheep?”. Though it set back Scott’s career with the failure of Blade Runner, he would bounce back in the years to come with a series of great films. Legend (1986), Black Rain (1988), Thelma and Louise (1991), G.I. Jane (1997), Gladiator (2000) – which won the Academy Award for Best Picture – Black Hawk Down (2001), Matchstick Men (2003), Kingdom of Heaven (2005), American Gangster (2007), Exodus: Gods and Kings (2014) and The Martian (2015) are among the most notable films, and Scott has earned three Oscar nominations for Best Director. He is among the best directors working in film and has been the last 30 years. Blade Runner was but the beginning of a very long run. 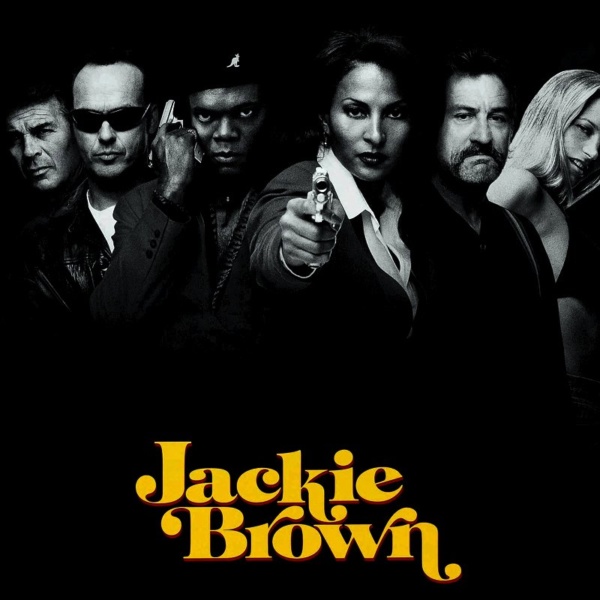