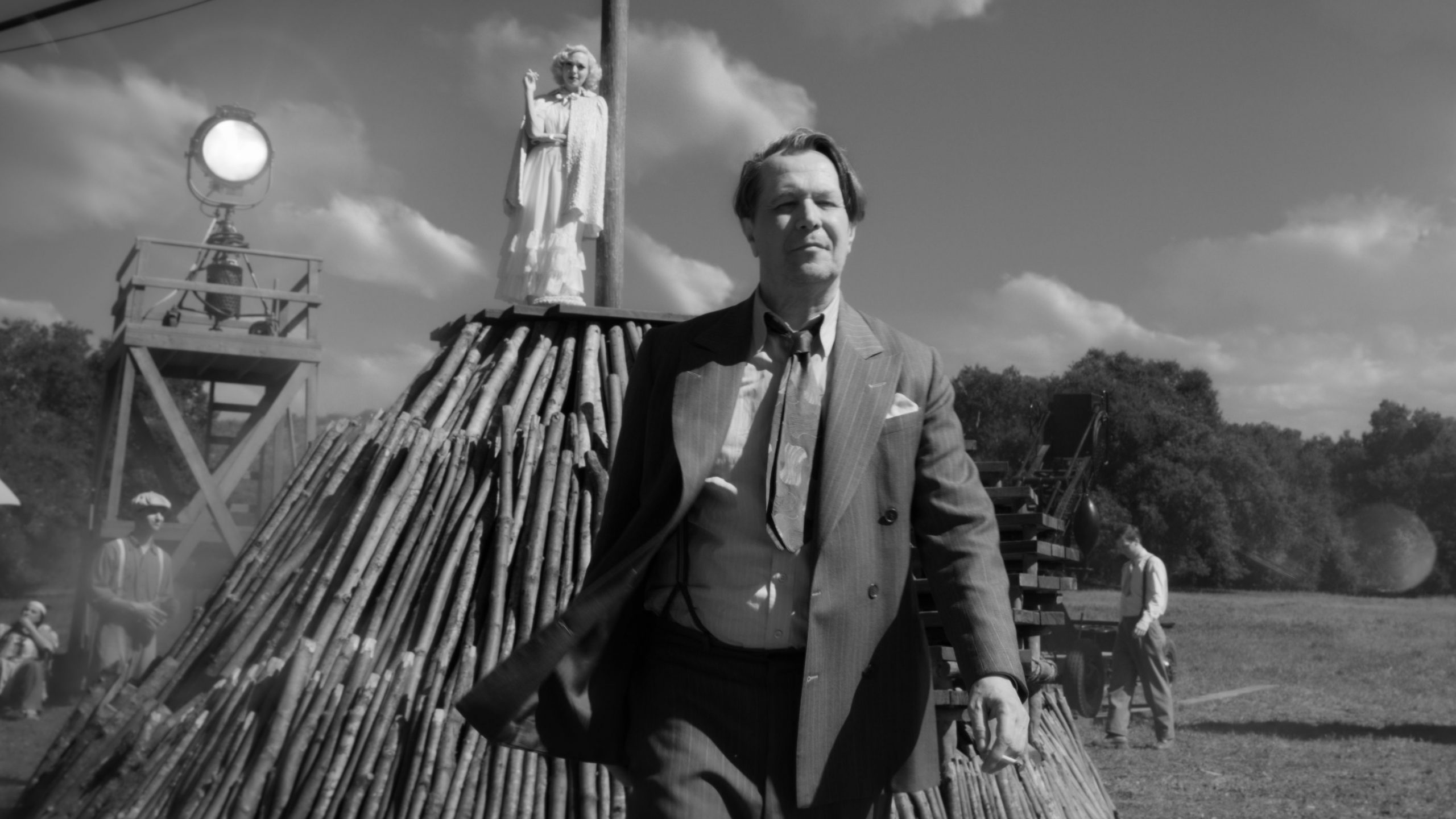 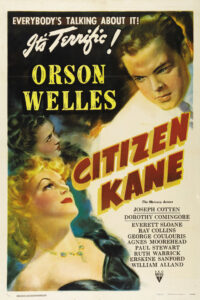 The American Film Institute routinely names Citizen Kane (1941) the greatest film of all time each time the group comprises its list of the 100 Greatest American Films. As well as being a film critic, I also taught Film History for 15 years at three different institutions, and each time I had to lecture on Citizen Kane, I shared my opinion with my class.

“To be clear, I do not agree that Citizen Kane is the greatest American film ever made. In fact it was surpassed quite some time ago and though I understand some of the reverence, I will never bow to the belief it is a stronger film than The Godfather Part II (1974), The Godfather (1972), Lawrence of Arabia (1962), Schindler’s List (1993), Raging Bull (1980), The Wizard of Oz (1939), On the Waterfront (1954), The Searchers (1956), Apocalypse Now (1979) or E. T. – The Extraterrestrial (1982). It might sit at number 10, but that would be agony to leave out other great films I consider greater. I do concede it remains the most innovative film of its generation, responsible for technical innovations used to this day, and the artistry of Orson Welles cannot be denied. But the greatest of all time? No.”

That paragraph comes directly from my notes prefacing the lecture on the forties and the film Citizen Kane. The film’s director Orson Welles broke many rules of filmmaking because he did not know there were where rules. Given absolute freedom by RKO Studios in the forties, he went ahead and did whatever he wanted to do, and needed to do, to make his film. Among the many innovations within the film are the broken narrative, the story non-linear, jumping through time; deep focus cinematography, everything to the back of frame is in focus, pristine, perfect; using imagery and dialogue for the passing of time (Merry Christmas says one character … years later and a Happy New Year, says the same); the use of production design to suggest Kane’s power, and later loss of it; design and lessening dialogue to suggest the growing distance and contempt between he and his wife. Newly married they sit side by side at the breakfast table, obviously in love, but gradually over the short scene, they grow farther and farther apart, until she is at the opposite end, saying nothing, reading the opposition’s newspaper, not the one her husband publishes. The use of cinematography to make Kane look all powerful, and at the end lonely and utterly alone, the use of sound to show celebratory sequences, and the echoes of footsteps to suggest being alone; the fake documentary created for the film to show Kane’s life in a few minutes; and so many others too numerous to name and give proper due in this space. With his cinematographer Gregory Toland they broke ground in the language of the cinema, telling the story of a man in a way it had not ever been told. Perhaps the greatest innovation of all was trying to solve the mystery of who Kane was and what did he want. Why could he not find happiness? He was wealthy beyond anyone’s dreams, but never seemed truly happy. We see him as a boy playing in the snow with a sleigh, and we know his final word was “Rosebud”. Only at the very end of the film is the mystery solved, a child’s toy sleigh, called Rosebud is found and thrown into the fire, destroyed, suggesting the last time he was truly happy was before he had wealth and fame, when he was an innocent child playing in the snow.

Citizen Kane is quite a magnificent film, it seems I see something different each time I screen it, and I appreciate everything about it, even the flaws, and there are flaws. How would anyone hear him whisper rosebud in an empty room through a massive door? At one point we see, clearly, a pterodactyl behind the singer on the beach, it flies into view and out again but clearly the wings are webbed, the neck and tail very long. It was a silly mistake on the part of an editor, substituting footage from King Kong (1933) into the film for the background screen without paying attention. In the end Citizen Kane is a beautifully acted, directed and especially written film, and so often the writer does not the credit they so deserve.

When one thinks of the greatest screenplays of all time, how often do they think of the writer? Do they even know who the writer was?

Herman J. Mankiewicz co-wrote Citizen Kane, though there is a sense he did 95% of the work and Orson Welles added small bits and pieces. This film, Mank is about how Mankiewicz (Mank) created the screenplay for Citizen Kane. 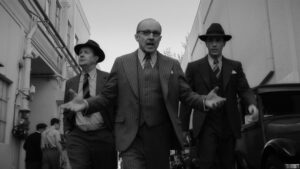 Mank (Gary Oldman) was a journalist, stage critic, playwright and eventually came to Hollywood to be a screen writer. Gifted no question, he was also a drunk, obviously an alcoholic, quietly and not so quietly ruining his body and mind with booze, a degenerate gambler, and a man squandering his talent on whatever amused him. When 24-year old Orson Welles (Tom Burke) handpicks Mank to write a script for him, most of Hollywood is shocked. Welles is the latest wunderkind from New York, a gifted director for the stage, and infamous for the War of the Worlds broadcast in 1938 that a good part of America believed was happening for real.

The film is a glowing display of old time Hollywood, exploring the inner politics of the studio system, the fear within the community of Hearst (Charles Dance), both powerful and dangerous and the manner in which Mank slowly put together the narrative for Citizen Kane. For years it has been known that Hearst was the model for Kane, just as it was known Hearst did not appreciate it one bit. There are no scenes that seem to have been captured directly in the film Citizen Kane, but we certainly can see where Mank found his inspiration. More than a study of how Kane was created, the film is a study of how Mank wrote through an alcohol haze and fought back the demons he could never shake. His friendship with Welles was a prickly one, but the two men seemed to bring out the greatest artistically in each other as no one ever did for Welles again.

Fincher brilliantly creates the look of old Hollywood films, specifically Citizen Kane in the stunning black and white cinematography. Mank might be the most beautiful black and white film since Raging Bull (1980), just spectacular in its beauty. Everything in the film – the costumes, the production design, the scenes on the back lots or in studios – are simply breathtaking in their raw realism and authenticity.

Gary Oldman won the Academy Award as Best Actor in 2017 for his performance as Winston Churchill in Darkest Hour, buried under layers of heavy latex make up and a fat suit. I could never decide if Oldman was giving the performance or if the makeup was doing the work for him. Not once did I believe him as Churchill, and bear in mind Oldman is a tremendously gifted actor. As far back as Sid and Nancy (1986) and Prick Up Your Ears (1987) I have admired his work. He was an enigma for Oliver Stone as Lee Harvey Oswald in JFK (1991), just what the role required, and superb in Bram Stoker’s Dracula (1992) as the shift changing Count himself. Stunning performances in True Romance (1994) and Leon (1994) established him as one of the finest working in modern cinema. Yet incredibly his first Oscar nomination did not come until 2011, and then he won undeservedly for Darkest Hour. There was not a moment of purity in his performance, no truth, and he was known for his honesty in characters. In Mank he is nothing short of extraordinary, perfectly capturing the essence of a heavy drinking artist, wasting away at the bottom of a bottle. But then something, someone inspires him, and he creates a masterpiece, a stunning work told in a unique way with a broken narrative. Oldman is brilliant here, and deserves to win the Oscar again, this time truly deserving it, but because he won a short time ago, I doubt he will. BUT HE SHOULD!

Breaking through here with a perfect, sublime performance is Amanda Seyfried, best known I suppose as Cosette in Les Misérables (2012) and possibly as Linda Lovelace in the little seed Lovelace (2011). As Marion Davies, trophy partner to William Randolph Hearst, the powerful publishing magnate upon whom Mank based his Kane character, Seyfried is luminous and very funny. Davies spoke in a harsh Brooklyn accent which the actress captures perfectly and was well aware of what Hollywood thought of her. Blonde, beautiful, on the arm of a wealthy man she was his play toy and knew it and accepted it. Mank was a longtime friend, so often at Hearst’s home for dinners and a popular dinner companion. Until Mank turned his laser intellect on Hearst, both Davies and Heart loved him. Seyfried will undoubtedly be in the Oscar race for Best Supporting Actress.

Charles Dance, best known as Lannister in HBO’s Game of Thrones, is superb as William Randolph Hearst, a man comfortable in his power and wealth and a man used to getting his way in all matters. It is a tough role, but Dance inhabits it like a well-worn glove. He too could be among the Oscar nominees.

Though Tom Burke is excellent as young Orson Welles, there is not enough of him to get much of an impression of the gifted wunderkind. Far too few scenes of he and Mank working, creating, or shooting the film, and though we know Welles was a genius, we never get much of a sense of that. It is the films only disappointment. 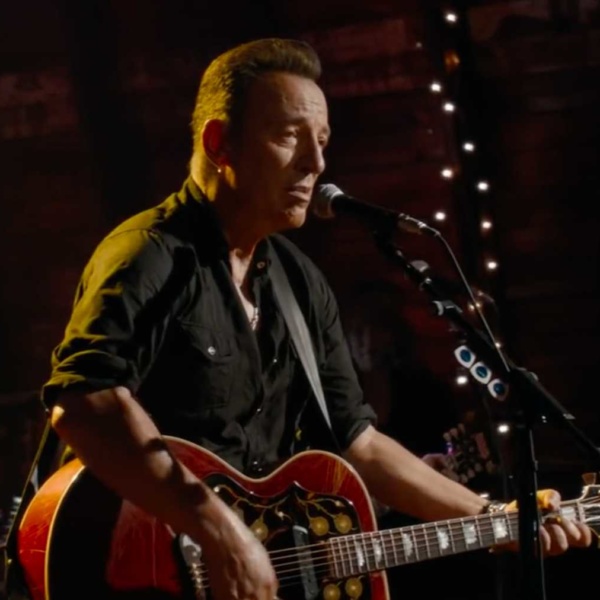