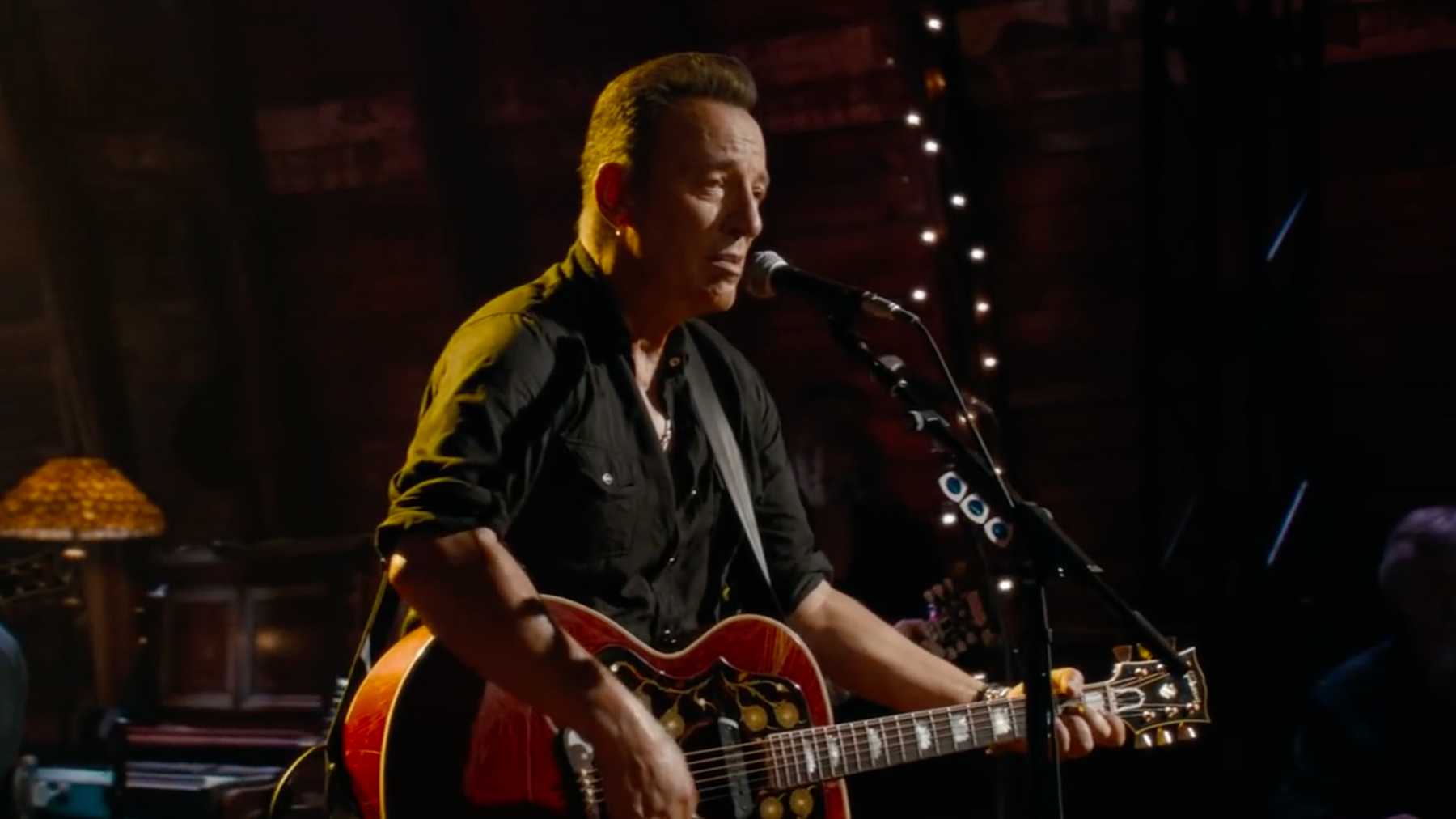 What turned the son of blue-collar parents living in New Jersey into the greatest poet in the history of rock and roll? It is as if the ghosts of Beethoven, Mozart, Elvis, Janis Joplin, and Buddy Holly reached down to stroke him with their genius, blessed by them, he forged his own.

It has been forty-five years since Springsteen graced the covers of Newsweek and Time Magazine hailed as the future of rock and roll. In those decades, he has proven to be rock’s King, its greatest voice, it’s most electrifying live performer. His sheer love of music is heard in his rasping voice, in the sweat that pours from his body during concerts, in the smiles he shares with his band, his wife and the legions of fans who come to see him, many repeating the experience countless times. At seventy he has a case full of Grammy Awards, a Tony, and an Academy Award, none of which really matters to him.

It is the music.

It has always been the music.

The music and that throat tearing, raunchy voice.

He does not think like you and I, he thinks, sees and creates in lyrics and notes. From his soul comes his language, rock, and roll. While the guitar riffs are unforgettable, that sound of the E Street Band, its raging, soothing saxophone played by his dear friend Clarence Clemons, now gone, is distinctly Springsteen.

No one sounds anything remotely like Bruce Springsteen, he is a complete original. His big voice sounds like a primal scream from the soul within, it is distinctly his own.

For more than forty years now, Bruce Springsteen has been singing about America, girls, love, life, failure, success and cars, he has devoted his life to painting a tapestry of the country he so loves in music and words. No other songwriter can bring such breathtaking beauty to melancholy and personal pain, Springsteen seems to understand it in a way no one else ever has.

When his autobiography came out a year or so ago, readers were stunned by the frank manner the singer openly discussed his battle with depression, which more than once has leveled him. Yet he endures, crediting the love of his wife Patti, his children, the band he so loves, his parents and his music with being the life raft to which he clung. It was a bitingly honest book that simply gave me greater respect for the artist, and perhaps some insight that was previously not there.

Western Stars is Springsteen’s first real foray into filmmaking as he co-directs the film with his trusted friend Thom Zimny. Not surprisingly he has been influenced by great American filmmakers, John Ford, Martin Scorsese, and Sidney Lumet. Like them, the landscape is a secondary character in his film, the open spaces of America, a hundred-year-old barn sitting on his property in New Jersey renovated into a space for music and audience. With a band and orchestra, mostly strings to accompany him and his wife Patti, Springsteen plays his new album, Western Stars, born Of sixties California music and John Ford’s America. Many of the songs are slower, taking on greater resonance, the Boss sings with longing, raw power, and visceral honesty. In between songs he reveals the most intimate private parts of himself through dialogue and home movies. Beautifully shot, with spectacular sound and sound editing, it is a very intimate, personal experience up close with the Boss. Often, it feels as though we are in that old barn with the audience, which I suspect is what he intended.

It is a powerful experience to be asked to share someone’s life with them. There are always demons we will encounter, those they have not defeated entirely. Springsteen may not have beat them for good, but he is confident they are on the run, and he knows how to beat them away. The camera is relentless in what it picks up, allowing the rocker to hide nothing. Watch the way his eyes crinkle as he sings a lyric or his eyes get a faraway look, as he relives the pain he caused a loved one. Most of all, listen, to the pain in his voice, the sadness at coming face to face with himself.

The first time I saw Springsteen perform was his set in the concert film No Nukes (1978), and it was cathartic. The raw, muscular, swaggering energy with which he used his guitar and microphone as a weapon, this was rock and roll. The famous marathon concerts with four encores became legend and when he bulked up for the demands of the Born in the USA tour he was ready to be America’s rock star, and he did just that, constantly evolving.

In the years since he has grown as an artist, made peace with his father, made peace with himself,  continuing to sing about what he knows, blue-collar life, America, love, girls and more importantly, himself. We see more of him in this two-hour concert film than we have ever seen before, Bruce, the real Bruce. He was always home on stage, but how refreshing to see he has truly found home, even peace, with Patti and his art.

Concert films can be tedious as we see first hand just how pretentious the singers are. Truth or Dare (1991) exposed Madonna as a motherly anti-Christ hypocrite, while the docs of Scorsese elevate the subject to near-mythic status. Springsteen chooses a more intimate approach, I think because he lacks pretention in every way. Having interviewed him, what you see is what you get, but make no mistake, there is a deep intelligence at work behind those eyes. After interviewing him I got the impression he knew me a whole lot more than I knew him.

He is the greatest poet in rock.

His new film was simply a pleasure to watch because, in addition to the music, he was giving us himself, finally trusting us with his demons and fears, knowing we would walk with him. Through the badlands, to Nebraska, to the plains of America, the AIDS crisis, love, loss, escaping your life, discovering your life, to 9/11, he has sung about the last forty-five years of life, our lives, his life. How incredible in singing about himself, he was singing about us. And in painting beauty in song singing about us, he found his way home to peace of mind and love.

Happiness has found him. He rode those lonely roads, all the way home. 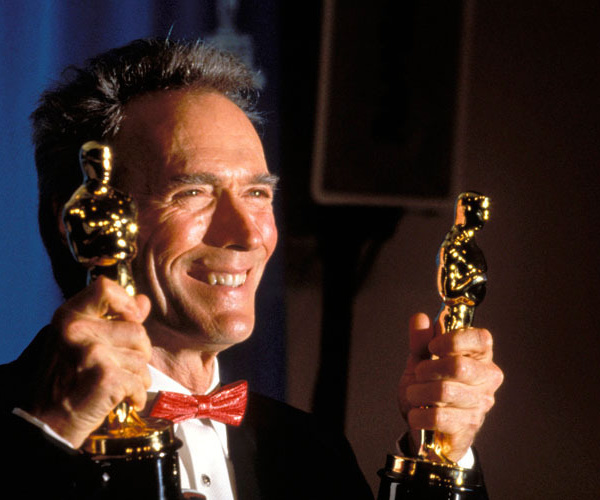 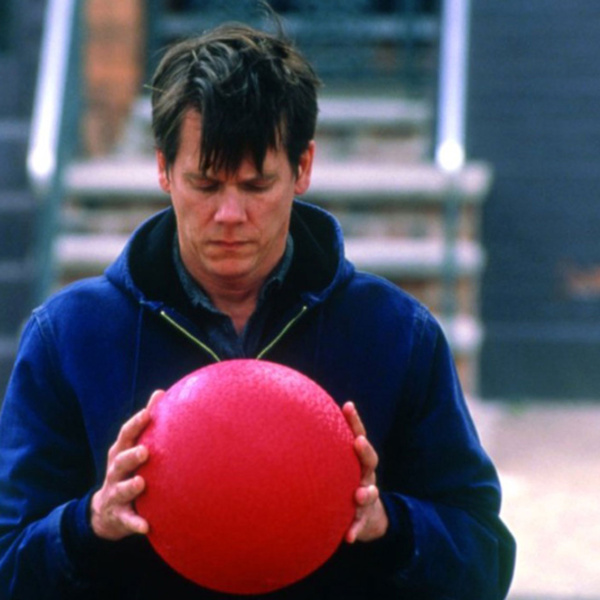