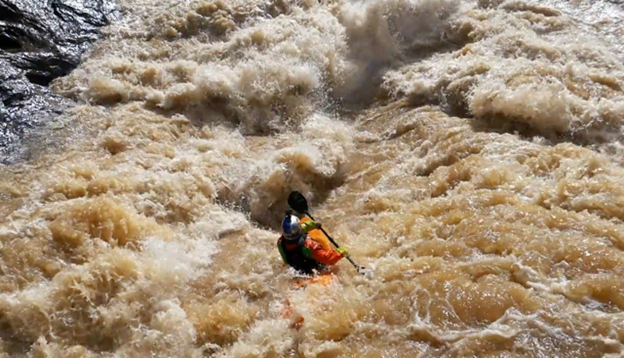 For 20 years, these have been some of my favourites. I remember going to the festival for the first time not fully grasping that it was about celebrating Mountain life and/or alternative lifestyles. Like most of us, I came from a background where you went to school, got a job, and if you were lucky, you would have the time and resources to pick up a hobby.

With Radical Reels, you are introduced to people who have no such constraint. Are they all wealthy? Of course not. They just had different needs, wants, and obsessions. They have followed their calling without ever thinking about doing anything else. What you see as a once in while pursuit, they see as all there is. If you put in that kind of time into something, you become really good at it.

They can kayak into waters most would not get close to, ski off sheer faces of mountains, or walk a Highline. Are these strictly self-absorbed people in selfish pursuits? Absolutely not. They give back to the areas they are visiting, like bringing awareness to a dicey situation or sending snowboards to Pakistan so kids can also enjoy the same terrain they fell in love with.

These radicals encounter climate change, hydro damns and drying summit. Always reminding us where we are and that what we do impact our environment. Do I always connect with all of them? No. But it is always interesting. 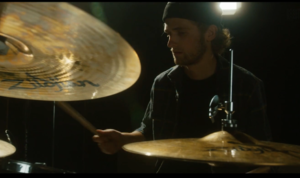 This short is what happens when an athlete is also an accomplished musician. Kyle Richardson could hear and feel the beat in his running and scored his runs. He holds a speed record running rock formation in the area.

THE LEGEND OF TOMMY G 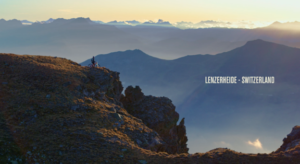 This one had me smiling the whole time. Each year, there is a film (or two) about extreme mountain biking. They always defy gravity, but after years of attending the festival, it can feel repetitive. These guys had a great concept: intercutting Tommy G’s exploits with his followers worldwide while engaged in sometimes funny activities, as they spread rumours about his breaking the sound barrier, riding on water, even riding on the moon. Excellent production, including bloopers/fall reel over the credit. Really well done. 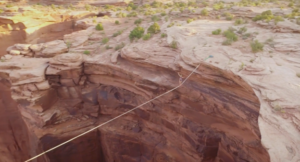 Four female high liners share the art and sport of highlining, and the wisdom each have gained from their time on the line. Namely, breathing, being in the moment, and listening to your body. One description of it really connected with me: if the day is calm, the only movement that goes into the line is the energy you put into it. If you are calm and collected, and present, you’ll progress nicely. If you are worried, nervous, and thinking about what you have to do that day, you will fall. It shakes the struggles out of you. These principles apply to everyday life; what you put out there is what is reflected back at you. Lovely short. 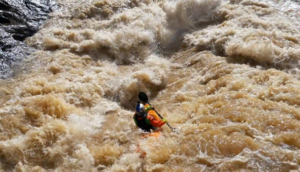 Award-winning filmmaker Ben Stookesberry joins up with paddler Rafa Ortiz and long-time expedition kayaker Lane Jacobs to attempt the first descent of one of Colombia’s wildest rivers: El Rio Guayas. Ben, Lane, and Rafa reach the river with a perfect flow and perfect weather. In the middle of night two, rain pours down, leaving the team stranded in the most remote part of the canyon. With rumors of armed groups in mind, they paddle blindly into the now flooded unknown river. They became pawns in a conflict and detained by a pacifist group (the Indigenous Guard) who see them as a representation of the threat from outsiders who want to damn the rivers for electrical power, which would have a devastating effect on their homeland.

This past spring, climber Hazel Findlay faced off with the immaculate 70-meter splitter, Concepción, located in the southwest desert near Moab, Utah. With a 15-meter crux, which is also known as the mother of all cracks. Concepción pushed Hazel harder than she expected. Ironically success sometimes happens when “you just kind of let yourself climb.” The lesson: stop trying got control everything and just do it. 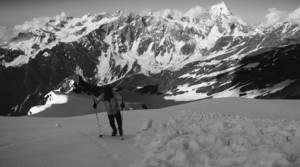 For years Kieren D’Souza has been planning a new speed running record on the 53-kilometre route up Mt. Friendship, a peak towering above Manali, the town in Himachal Pradesh where D’Souza lives. Trail running is still a nascent sport in India. Usually, teams rope up, carry ice axes, and take four or five days to reach the summit and get back to base camp. If something goes wrong, you’re on your own. After years of training and participating in other races, Kieren sets off with the goal of inspiring Indians to experience mountains differently. In his words: “It bothers me how in a post-colonial bubble, our interactions with these mountains, are limited to just expeditionerring (sic) or nationalistic goals. That is how I imagined this fastest known time record”. On June 16, 2020, he reached the summit in 11 hours, 45 minutes setting the first known fast time.

Born in the French Alps, mountains flow through Julien “Pica” Herry’s veins. A modest pioneer of steeps and alpine terrain, his skills take him to places few have gone before. He is a guide for La Compagnie des Guides de Chamonix (1821), which is the oldest guiding company in the world. This is where guiding was born.

Pica is a humble man who finds fulfillment in sharing his love and respect for mountains worldwide. This man snowboards with one ice ax in each hand to self-arrest. He climbs mountains and pushes off cliffs that few dare to think about, finding new lines. He fell in love with the mountains and the people of Pakistan. He recently sent back 60 snowboards with boots for youngsters and has implemented a program to teach kids to snowboard the fantastic terrain.

Zacharie Turgeon is a young Quebec filmmaker who, with his friends Charles and Olivier, show us their love for skiing and surfing on the North American East coast. While they might not be dropping into the craziest ski lines you will see this year, the two explorers make sure to turn this trip into a real-life fairy tale. The film opens with this very appropriate quote: “On the second moon of March, listen for the call of the mountain, the echo of the sea. It’s up to you to answer”.

It is hard not to smile throughout as the movie sets the scene using what I can only describe as a French David Attenborough, detailing their adventure as if they were a special species part of an episode of Planet Earth.