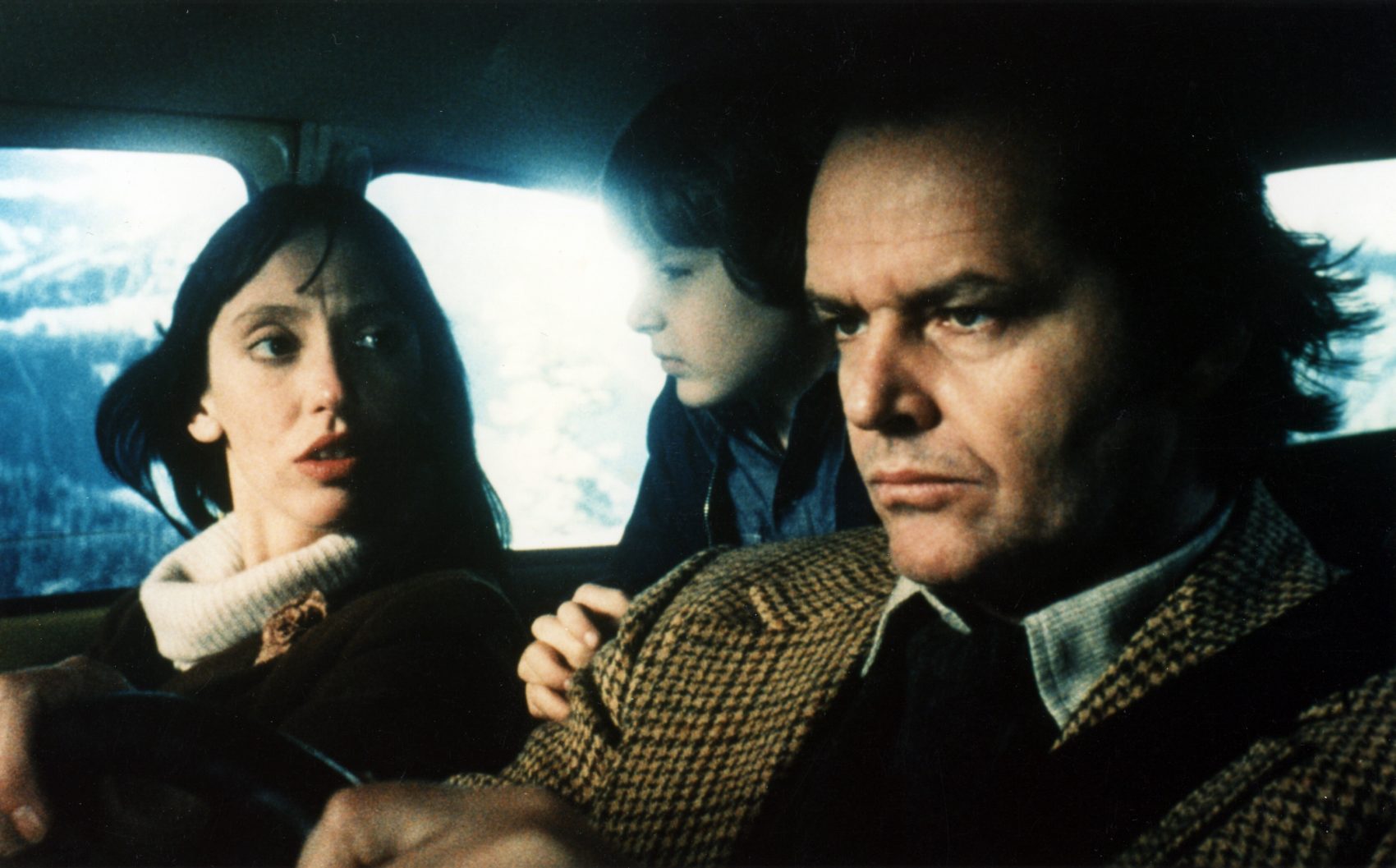 Opening night of The Shining, 40 years ago this weekend in 1980.

My brother and I had been fans of the book and both appreciated Stanley Kubrick, though the big draw here for both of us was Jack Nicholson. My girlfriend of the time, Steve and I headed out to see the film, and nearly three hours later had been galvanized though we exited the cinema puzzled.

The audience erupted into gales of laughter throughout this film, A HORROR FILM! Where they stupid? Did they not understand the film? How could they not see what Kubrick was doing?

I had learned long before seeing The Shining that any film directed by Kubrick must be experienced, it is not enough to merely watch it. Every frame must be viewed as though you were watching a documentary or, better yet, standing there watching the events transpire. Thus when Jack (Jack Nicholson) bursts through the door wielding an axe, announcing his arrival with “Here’s Johnny!!” how is that funny? His wife Wendy (Shelly Duvall) is positively terrified in the scene, her eyes bulging in abject terror, her screams echoing forever in my mind … and people laughed? Stupid people. Obviously they knew nothing of the language of the cinema or understood the perversity with which Kubrick made his films.

Stephen King has long gone on the record condemning the film, saying it strayed too far from his book, and that is true. But he must have known the moment he sold the rights for a great deal of money to Kubrick he was allowing the project to become a Stanley Kubrick film, not a Stephen King film. Whereas the novel ends in an explosion of fire, an inferno, Kubrick ends the film in ice, in the freezing cold of the mountains. The differences are many, but they all work for the film Kubrick intended to make.

The story is deceptive in its simplicity. Jack, a recovering alcoholic, is also a writer and working on a novel. In the hopes of a quiet setting for the winter he takes a job high in the Colorado Mountains as janitor to a five star hotel, closed off to the world during the winter because of the snow and the treacherous driving. He and his family move into the hotel when the season ends, his wife Wendy (Duvall) and their son Danny (Danny Lloyd) who we learn “shines”, a clairvoyance that allows him to talk to people through his mind and see things that might not be of this world, i.e., ghosts.

Despite the staggering size of the hotel, we feel the claustrophobia of the hotel working on Jack, challenging his need to drink. He works constantly, rarely having any real connection to his wife and son, the parenting falling to his wife. The hotel we learn has a past, and the ghosts that live there reach out to Jack, demanding of him a terrible deed. Initially he fights them, but finally gives in. When Wendy is roaming the hotel she comes upon Jack’s workspace and discovers hundreds of pages with the single sentence “All work and no play makes Jack a dull boy”. The sentence is typed in geometric designs, in various shapes, or lines on hundreds of pages carefully stacked by the typewriter. When Jack finds her and realizes she has discovered his secret, he comes at her, as she fights back with a baseball bat. Backing her up the stairs, he makes clear his intentions until she whacks him in the head with a bat and drags him into the dry food storage area, locking him in. Believing she is safe, she prepares to take Danny down the mountain, but Jack is released by one of the ghosts in the hotel and comes after his wife and son with an axe.

Danny has called the old hotel cook Dick (Scatman Crothers), vacationing in Miami, sending a telepathic message that hits Dick in the head like a bullet, and the old man hits the road back to Colorado. He manages to get up the mountain road and into the hotel where Jack buries an axe in his heart, killing the old man. The power of the hotel seems unleashed at this moment and now even Wendy can see the ghosts that have haunted Jack. He pursues them, prepared to kill them both, into the hedge maze outside which is where he dies, freezing to death as Wendy and Danny make their way down the mountain. 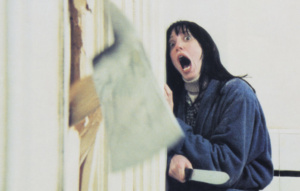 The Shining is filled with extraordinary sequences one does not forget once seeing them for the first time. Jack entering an empty dance hall only to find Lloyd, the bartender, ready to serve him, to extend him credit, to be his friend. Lloyd never blinks, his unwavering stare constantly on Jack, almost daring him to defy the hotel’s ghosts. A short time later Jack returns to the same room, called the Gold Room, now alive with dancers and party going patrons of the hotel, all who seem to know him. There is a sequence of Jack entering room 237 after Danny has been assaulted, and though Wendy initially suspected Jack, her son has told her it was an old woman in that room. Jack goes to it to be greeted by a statuesque beauty who rises Amazon-like from the tub to come and kiss Jack. There she turns in to a rotting old hag of a corpse, gagging Jack, forcing him out of the room terrified. And yes, Jack coming through the door yelling his infamous line might be funny, but if you are in the washroom, as Wendy is, as you are supposed to be, just how funny is it? Hint? It is not in the least.

Now as good a film as The Shining is, make no mistake there are flaws.

Exactly what does the final shot of the film mean, Jack seen at a party taking place in the twenties? Is he too a ghost? Had he been here in a previous life and was drawn back to the hotel? Why does Dick come all the way back to the hotel only to be killed? Does the journey make any sense at all? Why was nothing more done by the child welfare case worker when told Jack once broke Danny’s arm in a drunken rage? Who are all the ghostly inhabitants both Wendy and Jack see? Why are they never explained to us?

Critics crucified The Shining upon release, with only Bruce Williamson of Playboy seeming to understand what Kubrick was trying to do. “I forgot to breathe for minutes at a time” I remember him writing. Other critics of the time complained about the strange narrative, the performances of Nicholson and Duvall (both brilliant) being over the top (rubbish), and the film being confusing (OK, a little). Where the film found its audience was on home video as it exploded in the early eighties, where repeat viewings could be done over and over until it was time to rewind the tape and return it. This is where The Shining shone, finding a cult following and very loyal audience on video.

Shelly Duvall was excellent as Wendy, truly terrified throughout the film, knowing her husband’s murderous rages are not to be taken lightly. She is terror personified in the film and went through hell with Kubrick who seems to have bullied her and made her his whipping post. Her performance here is among the finest of her career and came in the same year she gave her best, as Olive Oyl in Popeye (1980).

Nicholson is stunning as Jack, walking that careful line of portraying a terrifying character and not once going over the top, truly frightening, as we see the madness creeping into him, forcing the loving father and husband away from him. By the time he first sees Lloyd, he is ready to give himself over to the ghosts haunting the Hotel. It was a crime Nicholson was not a Best Actor nominee for his grandiose performance, a magnificent piece of acting.

The star of any Kubrick film remains Kubrick himself and that is true of The Shining. Watching the camera prowl the hallways of the hotel builds unbearable dread, and the sudden appearance of the long dead twins, the woman in the bathtub, the old hag, Lloyd, Grady, and the dancers in the Gold Room simply amplify that sense of foreboding. We feel something terrible is going to happen, and Kubrick builds that tension patiently, slowly, until it is finally manifest in Nicholson’s performance. As he playfully approaches Wendy with deadly intent, Jack is gone, replaced by this monster.

Beautifully shot, and with a haunting score, the film was released at the height of a horror craze but was the wrong type of horror film to catch on with audiences at the moment. They were bathing themselves in slasher films, and The Shining requires patience and thought, which most mainstream audiences do not have. The initial reactions to the film were shameful, but thankfully through repeat viewings it has come to be appreciated as perhaps the finest horror film ever made. Flawed, but brilliant, unsettling and often downright terrifying. 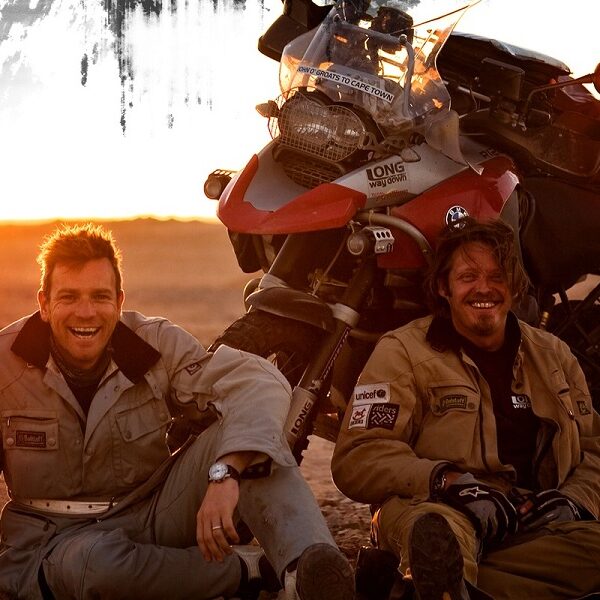