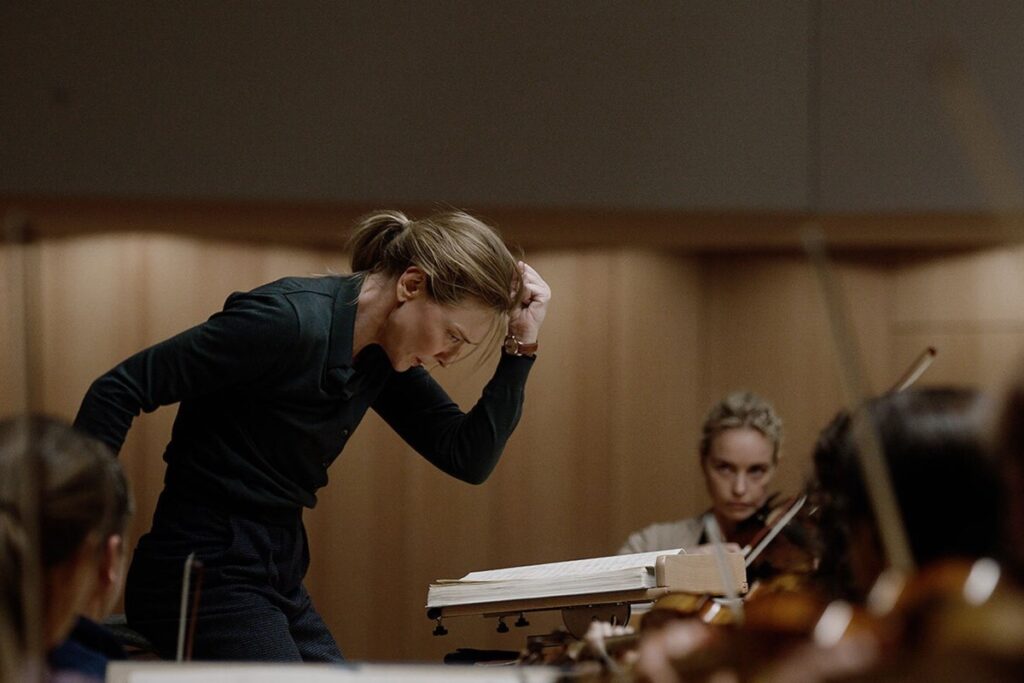 Is Cate Blanchett our greatest film actress (after Meryl Streep of course)?

There is, in my opinion, no one greater than Streep, but if anyone is, and could one day challenge Streep’s body of work, it is Cate Blanchett. Her latest performance in Tar promises her an Academy Award nomination for Best Actress and earns discussion as the finest work of her career, not to mention one of the finest performances ever given.

Since her breakthrough in Elizabeth (1998), which I had the pleasure of witnessing at TIFF, she has given an array of mesmerizing performances, winning two Academy Awards along the way and a bag of nominations to go along with it. No one really believes Gwyneth Paltrow deserved her Oscar win for Shakespeare in Love (1998), not over Blanchett’s superb work in Elizabeth, but it happened. The actress, without a blink, went on to The Talented Mr. Ripley (1999), The Lord of the Rings trilogy (2001-02-03), The Missing (2003), Veronica Guerin (2003), The Aviator (2004) as Katherine Hepburn (which won her that first Oscar for Best Supporting Actress), Babel (2006), Notes on a Scandal (2006), Elizabeth: The Golden Age (2007), as Bob Dylan in I’m Not There (2007), The Curious Case of Benjamin Button (2008), and then her second Oscar winning performance, this time for Best Actress in Blue Jasmine (2013), one of the most acclaimed performances of the last 20 years. That was followed by Truth (2015), her exquisite performance in Carol (2015), Cinderella (2015), and most recently in Don’t Look Up (2021) and Del Toro’s Nightmare Alley (2021). Impressive? You bet it is.

If everyone is honest, history could repeat itself as Blanchett’s ferocious, fierce performance as Lydia Tar, hailed as one of the world’s greatest composers and conductors, she is a very challenging woman, with an abusive and narcissistic personality very few close to her, if they get close to her, can tolerate.

She belittles, demotes, viciously attacks, humiliates, and takes absolutely no responsibility for any of it. Genius? Yes, but a deeply damaged and mentally ill woman who keeps the world at a distance lest they discover her secret. The filmmaker, Todd Field, keeps her at a distance too, from the audience so we do not figure her out too quickly, though by the end we have and sadly feel nothing for her. This is a truly repellant character, however gifted, however brilliant she might be in the musical field, but is she a human being you would want to know? No thank you. As one of her students sums her up, “She’s a fucking bitch”.

Rather perfect I thought.

While that might be a fair comment about Lydia Tar, she is also very likely a genius, one who hears music before she conducts it, who understands inherently what she wants from the musicians she is conducting. Blindingly arrogant, she moves through life thinking she cannot ever be wrong, it must be everyone else. To say she is a challenge to even respect, much less like, it an understatement.

Blanchett reminded me of Robert De Niro in Raging Bull (1980), that bold fearlessness in portraying a character he (and now Blanchett) must have known the audience would dislike, maybe even hate, and refusing to back off, going as deep as they can to create an ugly human being. As gifted as Tar might be, her soul is as black as the liquid she shares her surname with, she is an ugly human being and the actress and director refuse to redeem her. Moving through her life in a fury, she seems seething all the time, and this boils over into her art.

I finished the film numb and have been unable to think about anything else since seeing the picture. If the Academy does not honour her with an Oscar for Best Actress, I am finished with the Oscars forevermore. This is art, dark witchcraft from one of the finest actresses working in modern film and one of the greatest there ever was.

And a shout out to Mr. Field who has not given us a film since Little Children (2006). Please, give us more. You are a brilliant filmmaker from whom I hope to see many more movies. A remarkable achievement sir!