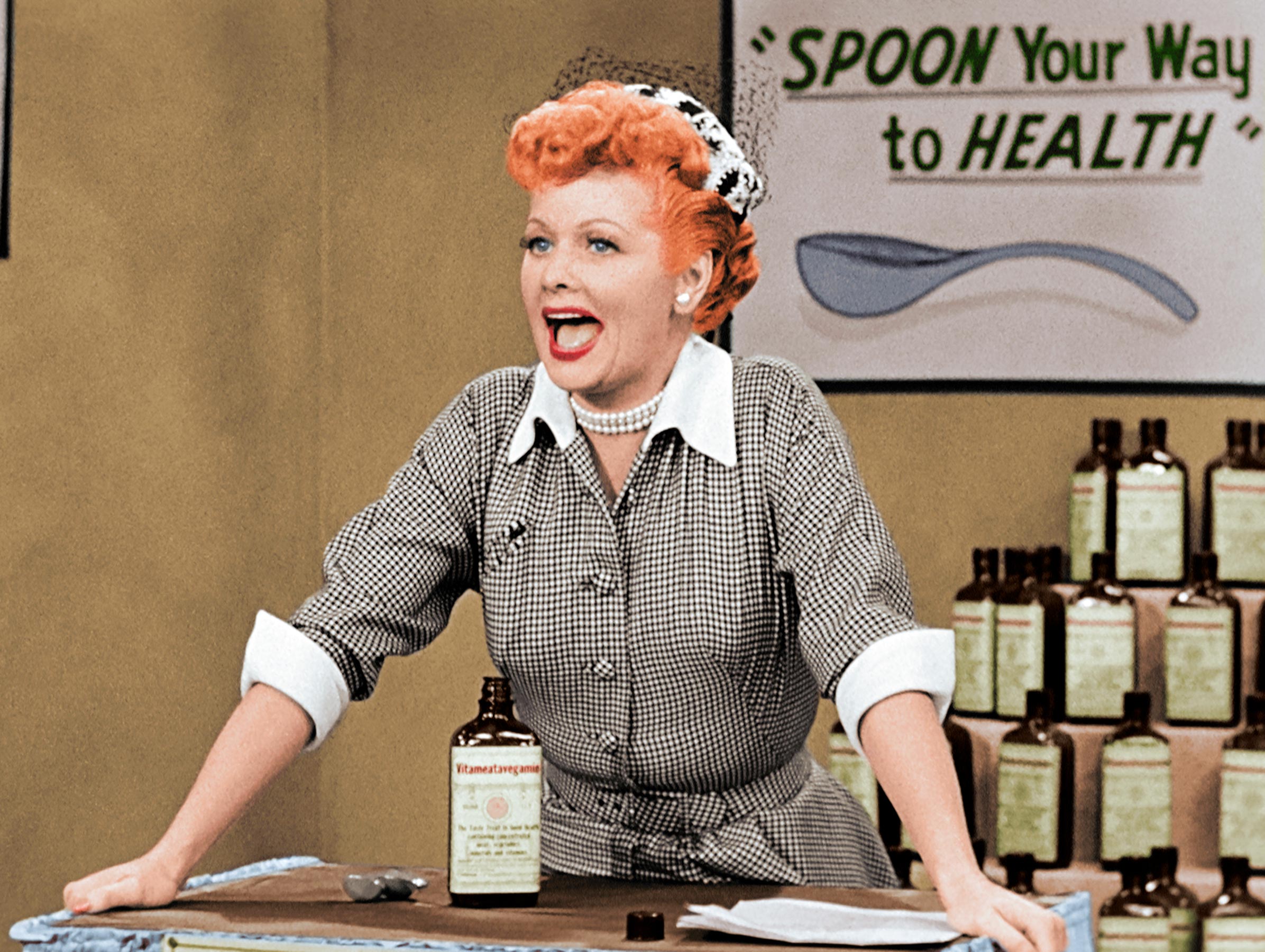 This past week Fathom Events and CBS Home Entertainment presented a screening of I Love Lucy: A Colorized Celebration. Timed to coincide with what would have been Lucille Ball’s 108th birthday, the release featured five classic episodes of the classic 1950’s comedy.

And – to the surprise of some – moviegoers turned up in pretty significant numbers for the event, grossing almost $800,000 which was good enough to place it at number 6 at the domestic box office. Not bad for show that had its premiere 68 years ago. Ball herself has been gone 30 years now and this kind of attention shows the enduring legacy of and affection for both the actress and I Love Lucy.

I think Fathom and CBS Home Entertainment have hit on something big here. We’ve had the novelty of endless reruns of classic television shows, then came VHS where you could actually own them and watch whenever you wanted, and then DVD and Blu-ray where these classics were polished and remastered to look better than they ever have. Screenings in cinemas is a logical next step – a way to draw in crowds of fans to enjoy these shows in a communal setting where the laughs are going to be bigger and more contagious, plus you get the added “perk” of incredibly detailed and hopefully accurate colorization. I’m not a huge fan of colorization, but we can always go back to the black and white versions we have at home. I Love Lucy in color automatically makes it more of an event. We always knew she was a redhead on those shows, but now we get to see it!

I’m glad they picked I Love Lucy as their first try at this. As an uber fan of Lucille Ball, it’s heartening to see her get this kind of attention, and for new fans to have the opportunity to see what all the fuss was about. Ball was one of the most famous performers of the last century, and for a time was the most recognizable face in the world. She was also a supremely talented actress and comedienne who found her dream role with Lucy Ricardo. Ball readily acknowledged that she wasn’t all that funny on her own, but she could perform whatever was put down on the page. The character and situations her writers created for her with Lucy Ricardo freed her as comic performer and at the same time sharpened her laser like focus as a physical comedienne. You believed every silly situation she was in because Ball didn’t play it for laughs – she was totally committed to what she was doing. The fact that she was blessed with the most expressive eyes, could contort her face into almost any shape, and could spin a line of dialogue in unexpected ways was the cherry on top of it all.

The five episodes chosen for the theatrical release included:

Lucy Does a TV Commercial – This episode aired during the first season of I Love Lucy and remains for me the pre-eminent example of Ball’s abilities. If you’ve ever heard of Vitameatavegamin, this is the episode it came from. It’s a health tonic that’s laced with alcohol and Ball’s initial tastes of the foul stuff are hysterical. And then as she quickly gets loaded after multiple rehearsals, it reaches comic art.

Job Switching – Better known as the chocolate factory episode, this opened season two and remains a favorite for many. Lucy and her sidekick Ethel (Vivian Vance) get jobs in a chocolate factory as part of a bet where their husbands become the homemakers. The episode is filled with great moments for all the characters, but it’s the scene with the chocolates flying down a conveyor belt that everyone remembers. Ball and Vance are both flawless in executing the physical comedy, shoving the chocolates down their top, in their hats, and in their mouths to show the boss they’re able to keep up. 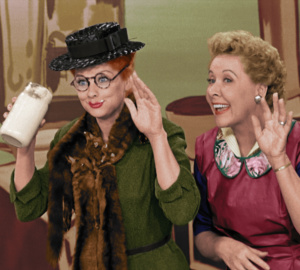 The Million Dollar Idea – This episode isn’t considered one of the true classics of the series, but it’s still a very funny take on Lucy and Ethel trying to be entrepreneurs by marketing their own homemade salad dressing on TV. The product takes off, but they can’t keep up with the orders, so they go back on TV to pretend how horrible it actually tastes – nobody believes them, and orders sky rocket. Ball gets to play three different characters here – Lucy, plus two “picked from random” salad dressing tasters. She’s a riot as all three.

Pioneer Women – Another season two episode and another bet between husbands and wives. This time the husbands bet that they can survive longer than their wives without using anything made after 1900. This was an odd choice to include. It’s an OK episode with some nice comic moments, but not near the calibre of some of the others. The comic high point here is Lucy putting too much yeast in some bread dough and almost being crushed by the gigantic loaf that comes out of the oven.

L.A. at Last! – One of the great episodes of the series from season four. The foursome of Lucy, Ricky, Ethel and Fred arrive in Hollywood where Ricky is supposed to begin filming a movie. This one is filled with classic scenes: Lucy’s encounter with guest star William Holden at the Brown Derby Restaurant (he ends up covered with pie), a fun cameo with Eve Arden, and Ricky bringing William Holden home to meet Lucy after meeting him at the studio. Lucy, of course, is embarrassed to meet Holden after the restaurant debacle so she tries to disguise herself with the addition of a putty nose, glasses and bandana. Watching this play out is very, very funny stuff.

CBS Home Entertainment is releasing these as well as five other colorized episodes on DVD on Tuesday. Do I need them? No. Have I ordered them? Of course. 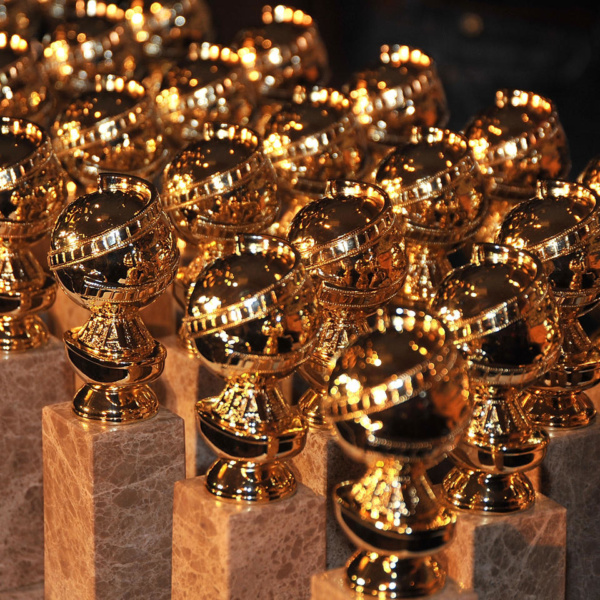 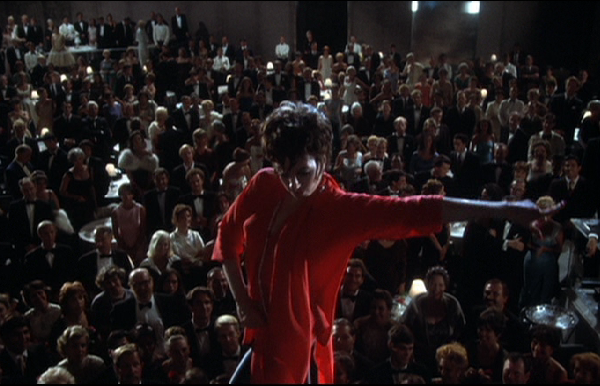