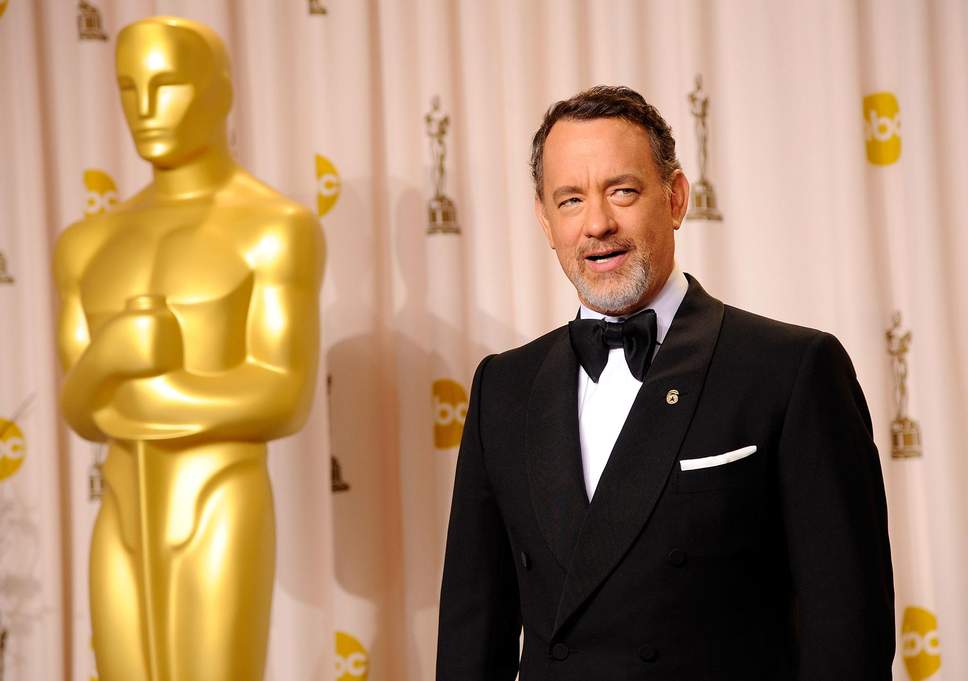 Tom Hanks is one of Hollywood and America’s most cherished actors. As “Weird” Al Yankovic so succinctly put it in his song “Please Don’t Nuke Us, North Korea” : Nobody doesn’t like Tom Hanks. He has proven himself to be one of the most reliable actors when it comes to delivering quality performances. He also has a reputation as a humble, fun-loving and genuinely nice guy. Having interviewed the actor seven times, our namesake, John H. Foote had stated that despite the Oscars and the fame, he is still the same guy he was back in 1992, not a trace of egotism. Sounds like our boy, Tom, alright.

Whether he’s making blockbusters, delivering martini’s at the Golden Globes, or posing in wedding photos during a casual job through New York’s central park, Tom Hanks seems to always be doing something that makes us like him just that much more. He has the power to be both acclaimed actor, and movie star. The man is an international treasure.

With back-to-back Academy Awards for Best Actor under his belt, Tom Hanks doesn’t really have anything to prove to anyone. From his cowboy doll Woody in the Toy Story films to his more mature roles, Tom Hanks appeals to a wide range of audiences; everyone from 9 to 99. Narrowing this list down to ten proved difficult as the actor has an abundance of riches when it comes to good roles to choose from. Nevertheless, I did my best.

Here are my choices for the 10 best Tom Hanks performances. 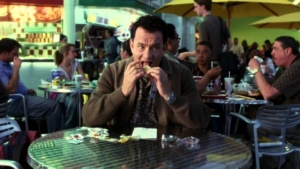 The least well-known of his collaborations with Steven Spielberg, this film about an eastern-European man trapped in an airport terminal is a delightful dramedy with an infectious and adorable performance from Tom Hanks as Viktor Navorski; a man visiting the United States from the (fictional) nation of Krakozhia. During his flight, a political uprising ensues in his homeland, voiding the government status of Krakozhia, along with Viktor’s passport. Finding himself a man without a country, Viktor is told that he must stay in the terminal until his nation’s political status is resolved. Despite everyone assuming that Viktor would just leave and enter the US, he decides to obey the orders of the temporary customs director of JFK International Airport Frank Dixon (Stanley Tucci). Hanks based his performance on his Bulgarian father-in-law and spoke a mock-version of the language when his character speaks Krakozhian. Hanks’ performance is near Chaplain-esque as Navorski. A truly lovely film. 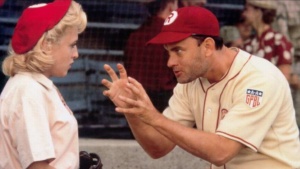 Three of the characters on this list are responsible for lines on the American Film Institute’s 100 years, 100 movie quotes list; cataloguing the best movie quotes of all time. The first Hanks entry here is responsible for the classic and often quoted line: “There’s no crying in baseball!”. Playing a drunk general manager for a female baseball team, Hanks’ boy-next-door charm is traded for disorderly conduct and a character you can almost smell through the screen. In a film that should have earned the late Penny Marshall a nomination for the Oscar for Best Director, Hanks delivers as readily as he always does just one year prior to winning his first Oscar. 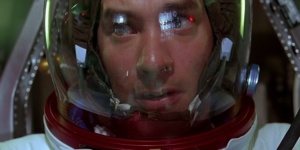 Once again chiming in with one of the most famous movie quotes of all time, Hanks’ performance in Ron Howard’s drama about the Apollo 13 failed mission to the moon, actually misquotes the real-life Jim Lovell’s transmission to NASA. “Houston We’ve HAD a problem” was the actual quote but as anyone who knows anything about screenwriting can tell you, urgency is paramount. Thus, the line was changed to have “have” in it and the rest is cinematic history.

A year after playing a simpleton in Forrest Gump (1994), Hanks convincingly plays a man with a significantly higher IQ. I’ve heard that in order to go into space, someone has to do a lot of math first. Not an American everyman per se, but an American archetype that is equally relatable; Jim Lovell dreams of setting foot on the moon. Little did he know that he would fall short of that mission, only to be privy to one of the greatest stories of human will, adversity and survival in the face of impossible odds. Arguably Ron Howard’s best film, Apollo 13 contains an impressive cast that is led by the ever-dependable Tom Hanks. Hanks is himself a space travel fan and aficionado, citing 2001: A Space Odyssey (1968) as his favourite film. 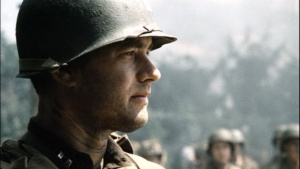 A school teacher from Pennsylvania thrust into the most fearsome combat, Captain Miller leads a squad of soldiers on a rescue mission for a soldier named James Ryan. The film is set during the Invasion of Normandy. Hanks’ performance is just one of many in an ensemble cast; and direction of Steven Spielberg is without question, the film’s star. However, Hanks is once again rock solid as the highest-ranking officer on the mission many consider to be suicide. Simply longing to return home to his family, Miller perseveres as a true leader amongst the men, reinforcing that accomplishing their mission is the only way they will ever see home again. The greatest moments of Hanks’ performance lie in the silence during the chaos. Despite the gripping fear and uncertainty, he keeps pushing forward, intent of finishing the mission. Hanks lost the Academy Award for Best Actor to Roberto Benigni in Life is Beautiful (1998). You can ask John how he feels about that. 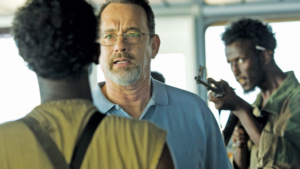 The genius of Hanks work in this Paul Greengrass-directed true story can be seen full tilt in the scene after Phillips is (spoiler alert) rescued. As he is being examined by medical technicians for his physical wounds, we are given a deep look into the man’s psychological wounds. The man has been through absolute hell and is trying desperately to keep his composure and just… keep… breathing.

It should reduce anyone not made of stone to tears as he tearfully says “thank you” to the EMT’s, asking if his family knows he is ok. 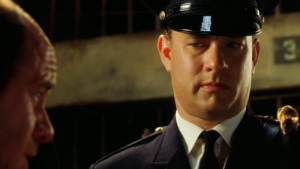 The late Michael Clarke Duncan relayed a story about filming what is arguably the most crucial scene of the movie, where John Coffey refuses Paul Edgecomb’s offer to set him free, discussing how the pain of the world is like shards of glass in his head. Duncan talked about how when they were filming his coverage (meaning there was no camera on Hanks), Tom stayed there throughout the filming, delivering his lines as believably and as sincerely as if he was being filmed. He was there for his fellow actor, giving what was needed in order to bring out the best in his colleague.

I love that story. 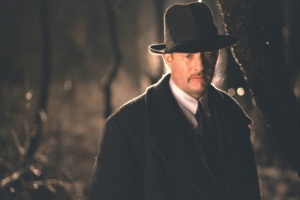 In this Sam Mendes-directed comic-book movie (look it up), Hanks pushed aside his bigger brother/everyman characters but did not lose any of the respect and stoicism that made them great. Michael Sullivan is an anti-hero at best, a cinematic villain at worst. An enforcer for the Irish mob during America’s prohibition period, his world is thrust into chaos when the son of his mentor/surrogate father John Rooney (Paul Newman) murders Michael’s wife and youngest son. The perpetrator Connor Rooney has always resented Michael for being beloved by Connor’s father. After Michael’s son Michael Jr. (Tyler Hoechlin witnesses his father’s and Connor’s “dirty work”, Connor uses this as an excuse to take out Sullivan’s family, albeit botching the whole process. Michael must leave his home and go on the run to protect what is left of his family and exact revenge on Connor. Hanks is simply brilliant. Utterly empathetic and likable despite being a cold-blooded killer. 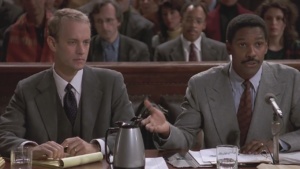 The stigma of AIDS being the “gay plague” was still running strong in many circles even upon the film’s release. Andrew Beckett is a competent lawyer who is terminated by his firm after it is discovered that he is a gay man, suffering from the deadly disease. Supported by an equally compelling performance from Denzel Washington, Hanks is once again the thing that makes him so appealing; utterly real, honest and believable. His passion for the project is communicated brilliantly by the actor’s own words when accepting his first Academy Award for Best Actor. So much more than just losing weight to look gaunt and frail, Hanks delves into the role completely as Beckett fights to the bitter end of his life, while still winning the battle for justice. A remarkable performance. 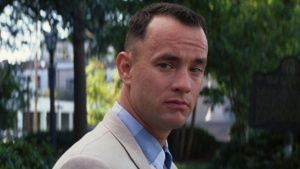 I can’t answer the question: “What is your favourite movie?”

There simply isn’t one definitive answer. If you ask me “What is the best movie ever made?”

I would respond that, in my opinion, The Godfather Part II (1974) is the least incorrect answer. My “favourite” movie changes all the time. It’s a fluid thing. I like to phrase the idea thusly: If you were isolated for the rest of your life (on a desert island, in a jail cell, whatever), and you could only watch ONE film for the rest of your life, as many times as you like, what would it be?

For that question, my answer is Forrest Gump (1994). It never gets old, it has more comedy than most people realize and Hanks’ performance is simply legendary; it makes the film. What’s interesting to note is that Hanks’ entire vocal performance as Gump is lifted from the then child actor who played Forrest at a young age, Michael Conner Humphreys. As the young actor had trouble trying to sound like Hanks, Hanks simply imitated Humphreys. The resulting “imitation” by Hanks earned him his second consecutive Academy Award for Best Actor. 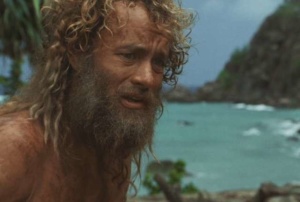 Carrying a movie as an actor is hard enough, let alone when you have no other cast members to bounce off of. That is the case for most of this Robert Zemeckis-directed drama. Hanks perfectly embodies the isolation of his character. He was nominated for the Academy Award for Best Actor but lost to Russell Crowe for Gladiator.

I love Gladiator (2000). I love Russell Crowe in Gladiator. However, there is no doubt in my mind that Tom Hanks should have won the Academy Award for Best Actor for his role in this film. It’s not the weight loss. It’s not about how long he grew his hair. Yes, Russell Crowe is great in Gladiator but most of what makes him good it how stoic and bad-ass he is. Not exactly a massive stretch for the Australian actor. However, all of Russell Crowe’s badassery aside…

Tom Hanks made me CRY FOR A VOLLEYBALL.

What else can be said? 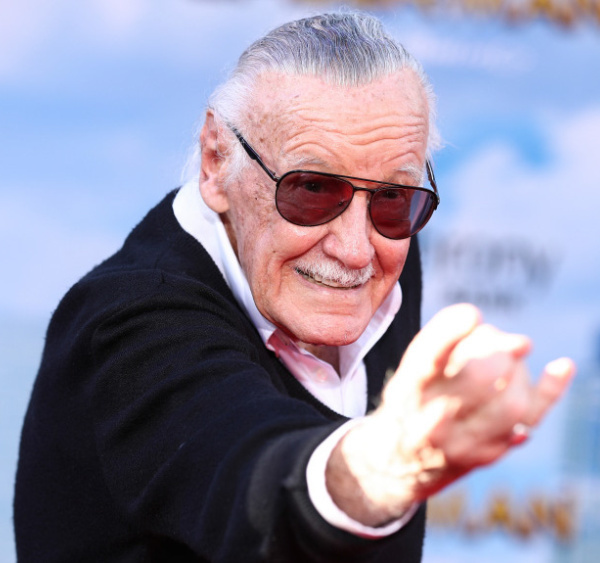 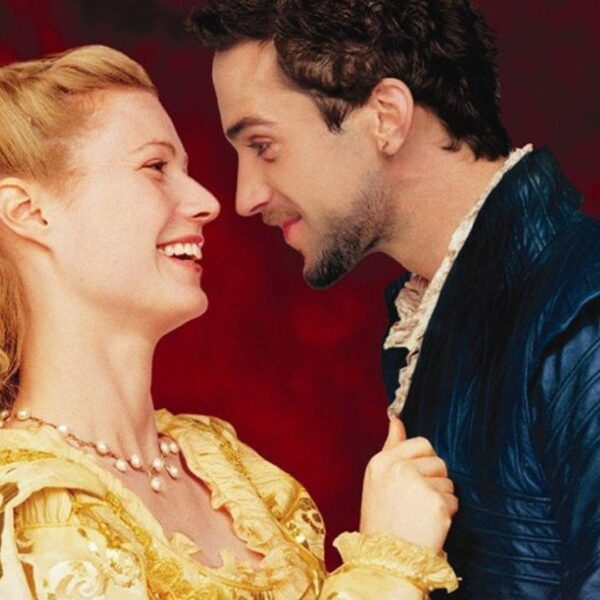