As the resident “geek” on the site, when it comes to talking superheroes and comic-book movies, I’m usually the one to do the exploring. We live in a time where every year sees an abundance of riches when it comes to comic-book films. Last year alone saw Black Panther, Avengers: Infinity War, Aquaman, Spider-Man: Into the Spider-Verse, Ant-Man and the Wasp and Venom. 2019 is likewise shaping up to be a big year for comic-book films. Here’s what to keep an eye out for.

Marvel Studios has started pumping out three films per year and they are starting off 2019 with their first female-driven film. Very much Marvel’s answer to Wonder Woman (2017), Captain Marvel stars Brie Larson as Carol Danvers, a member of the Nova Corps. (very similar to DC’s Green Lantern Corps.) who (while a human originally from Earth) does not remember her past. The film takes place in the 1990s and features Samuel L. Jackson and Clark Gregg as younger versions of their MCU characters Nick Fury and Phil Coulson, respectively. In the trailers, Jackson can be seen (two eyes and all) digitally de-aged using the new (and more commonplace) technology that has been utilized in several Marvel films and will be featured extensively in Martin Scorsese’s The Irishman (2019). Carol Danvers/Captain Marvel is shown in the trailers to have a substantial arsenal of superpowers and she will no doubt prove to be a huge asset when she joins The Avengers later this year in Avengers: Endgame.

Ironically, Warner Brothers/DC’s first 2019 superhero film is ALSO based on a character called Captain Marvel. The superhero now known as Shazam was called Captain Marvel for a long time (“Shazam” being the name of the wizard who grants him his powers, and the verbal command uttered to unleash them). However, due to copyright issues, the character has long been referred to as Shazam and has since been renamed. Billy Batson is a teenage foster kid who (due to being “pure of heart”) is granted superpowers by the wizard Shazam whenever he utters the name, transforming into a hulking tower of a man. Basically, it’s like Superman with the mind of a 12-year-old. Asher Angel and Zachary Levi portray Batson and his superhero alter-ego, respectively. The trailers have me genuinely excited. The movie looks fun and light-hearted. Levi has pointed out in interviews that unlike many modern “brooding” superheroes who are reluctant to fight their battles, Billy Batson is genuinely “stoked” and excited to be a superhero. Sounds refreshing.

Raise your hand if you were pining for a Hellboy reboot…

While I genuinely enjoyed the Ron Pearlman/Guillermo del Toro films, I’m not sure what this one is trying to be. Director Neil Marshall stated that the film would be more “horror” oriented than the previous versions but the trailer seems to show a light-hearted tone not unlike the del Toro films. Time will tell what this new series is aiming to be. Ron Pearlman’s Hellboy was a fan-favourite. David Harbour now plays the big, red demon and seems to be doing a fine job. I’m indifferent on this one.

The granddaddy of them all. Building off of the colossal team-up that was Avengers: Infinity War (2018), this film promises to answer all the questions that were lingering after the famous “snap” seen in the previous installment. Without question, this will be the biggest superhero movie ever made, with a rumoured running-time of three hours, we can expect everything epic here. Although plenty of characters “died” in Infinity War, we know that they can’t actually stay dead. Someone big is going to die for real here; likely Steve Rogers/Captain America (Chris Evans) or Tony Stark/Iron Man (Robert Downey Jr.). I’m betting on the former.

This film will suffer from a few big disadvantages. First off, it was delayed and significant re-shoots were done, rarely a good sign. Secondly, Disney’s purchase of 21st Century Fox has pretty much guaranteed that this will be the very last film in Fox’s X-MEN franchise. In its 19th year, the X-Men series has been through prequels, time-travel, and semi-reboots already. Now that Disney will be in control, Kevin Feige and the gang at Marvel Studios will no doubt fully reboot the characters (along with the Fantastic Four) into the now established Marvel Cinematic Universe. While Deadpool is technically part of the X-Men franchise, he will not suffer the same setbacks as Xavier, Magneto and the gang as he has the power or hyper-awareness. Being fully aware that he is a fictional character, Deadpool can simply continue (with Ryan Reynolds) after he winks at the camera making fun of the whole Disney takeover. Marvel plans to continue making R-Rated Deadpool movies.

A sequel/spin-off of the Will Smith/Tommy Lee Jones-led films, this one will focus on a branch of the MiB from England in a new adventure starring Thor: Ragnarok (2017) co-stars Tessa Thompson and Christ Hemsworth. With an ensemble cast that features Emma Thomas and Liam Neeson, there could be a solid movie here. Hemsworth’s comedic skills are finely-tuned and his chemistry with Thompson could prove to be a winning combination.

Being the first Marvel release after Avengers: Endgame, this film will follow Peter Parker on a school field trip overseas where he is recruited by Nick Fury in battling the Elementals, a group of villains that harness things like earth, air, fire and water. Clips from the trailer show Quentin Beck/Mysterio (Jake Gyllenhaal) battling the Elementals using an arsenal of mystical powers. In the comics, Mysterio is a prominent Spider-Man villain and so his role in this film remains to be seen. I have a hunch that Beck is essentially like Syndrome in The Incredibles (2004), fabricating threats himself only to sweep in and save the day. Beck is a special effects master and thus, could be the one responsible for the Elementals in the first place.

So, what exactly is this movie? I’m not sure anybody really knows. A standalone Joker origin story telling the tale of Arthur Fleck (Joaquin Phoenix), a struggling stand-up comedian and the man who would become the clown prince of crime. The film is set in the 1980s and is said to take inspiration from Martin Scorsese’s The King of Comedy (1982). It will reportedly not feature Batman in any way and the script was rumoured to be completely rewritten during filming. While Joaquin Phoenix is a brilliant actor who will no doubt make a great Joker, the entire aim of the film remains to be seen. Will it launch a second DC film universe (aside from the one that Warner Brothers has established and are quickly seeming to dismantle?). Will it tie in to Matt Reeves forthcoming Ben Affleck-less The Batman (2021)? Who knows?

Based on the comic book The Secret Service, the Matthew Vaughan-directed franchise has proven to be lucrative and generally well received. This will be the first installment not to feature star Taron Edgerton (who is playing his The Kingsman: The Golden Circle co-star Elton John in Rocketman (2019)). Aaron-Taylor Johnson, Ralph Fiennes, Matthew Goode, Stanley Tucci, Djimon Hounsou, Daniel Brühl and Tom Hollander have joined the cast, so the film will not be without a serious amount of star power. Most of the actors have already seen their share of comic-book roles and should be right at home in the over the top franchise that lampoons classic spy films.

Does this technically count as a comic-book movie? Superhero even? Well there are plenty of Star Wars comic-books nowadays and if the Jedi aren’t superheroes, I don’t know what that word means. How could the king of geek franchises not be mentioned on this list?

The film will be the “final” installment of the Star Wars sequel trilogy but reason suggests that this will not be the last Star Wars film to be made by Disney, with more “saga” films still being possible after the Anthology series was put on hold. Sorry John, I don’t think this series is going to end with Episode IX. There is too much money to be made. Star Wars – The Force Awakens (2015) director J.J. Abrams returns to the helm. What the story could be is anybody’s guess as Disney has been tight-lipped as ever about details. Mark Hamill is confirmed to return after his character’s death in Star Wars – The Last Jedi (2017) and so an appearance of Luke Skywalker as a force ghost is all but confirmed. The late Carrie Fisher reprises her role as General Leia Organa utilizing unused footage Abrams shot for The Force Awakens. Needless to say, Disney has promised that the character would not be resurrected via CGI like Peter Cushing was for Rogue One: A Star Wars Story (2016). 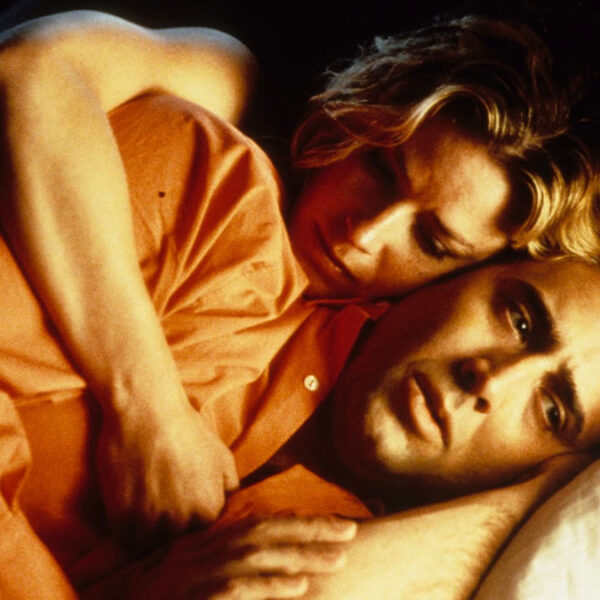 THE GREATEST AMERICAN FILMS OF THE NINETIES: #22 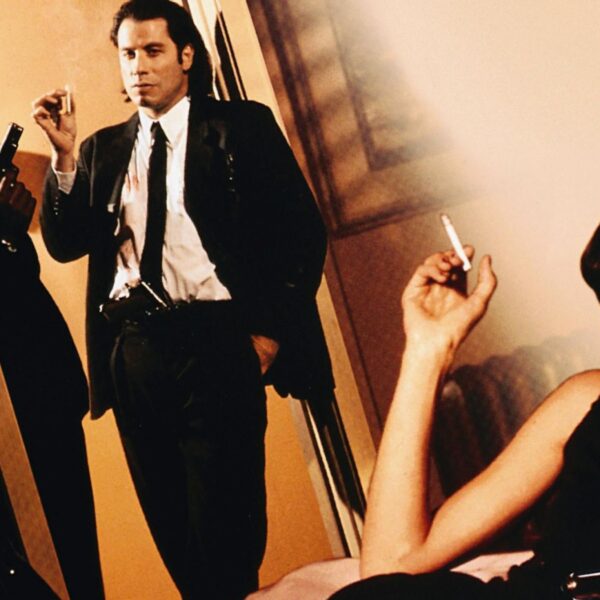 THE GREATEST AMERICAN FILMS OF THE NINETIES: #3