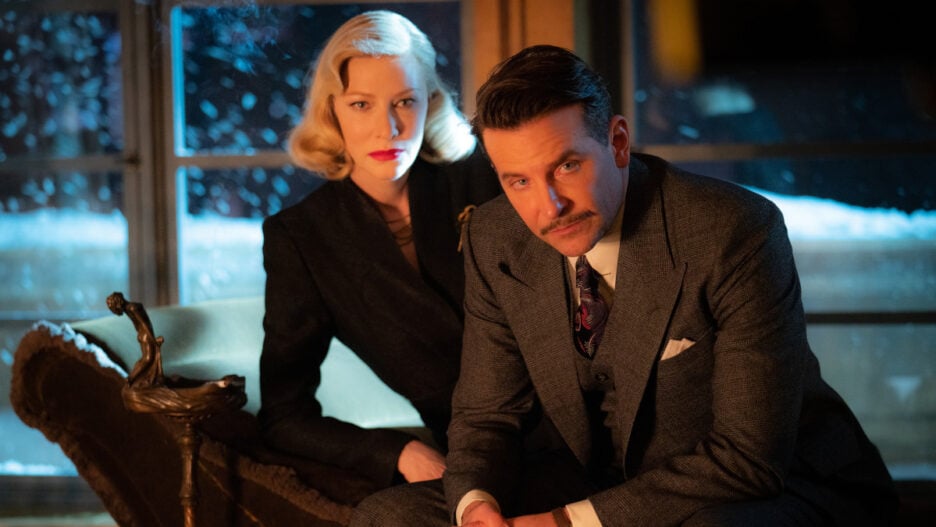 So many fine performances this year, each category for acting at the Academy Awards is jammed packed with potential nominees, with five slots for each. Rather than listing them by category or even by preference, I just wrote them down, lead and supporting together, again in no particular order.

These were the best performances I saw this year.

PETER DINKLAGE IN CYRANO — A stunning performance which redefines the character of Cyrano de Bergerac, Dinklage brings humor, soul and great passion to the role. Remarkable and the best male performance I saw this year. Astonishing.

KRISTEN STEWART IN SPENCER — Luminous as Lady Diana, Stewart gives the performance of the year. Who knew? She captures every aspect of Diana, from the breathy voice, the joy she had with her sons, right to the way she tilted her head. A stunning piece of performance art.

NICOLAS CAGE IN PIG — In his finest performance in years, since Matchstick Men (2005), Cage is astounding as a man who has retreated from society to live in the woods with his pig, who forages for mushrooms with him. When the animal is kidnapped, his life is thrown into disarray and pain. Cage is nothing short of magnificent.

RACHEL ZEGLER IN WEST SIDE STORY — As Maria in the remake of this dazzling musical, she is luminous and breathtaking. Not a false note and remember, Natalie Wood did not sing her songs, Zegler sings every note.

BENEDICT CUMBERBATCH IN THE POWER OF THE DOG — In the darkest role of his career as a macho cowboy on a ranch in Montana in the twenties, Cumberbatch is darkly violent and a fearsome bully. After terrorizing a young man whose mother marries into the family, he becomes kind to the boy, never expecting what awaits him.

ARIANA DEBOSE IN WEST SIDE STORY — Electrifying, exciting, a firecracker of a performance from this gifted actress. Like Rita Moreno before her, she dominates each scene she is in. Oscar bound.

DENZEL WASHINGTON IN THE TRAGEDY OF MACBETH — Profoundly brilliant, Washington is everything you might expect as the tragic Scottish King, driven to murder and foul deeds by his ambitious wife. The actor excels in the part giving one of his finest performances.

CATE BLANCHETT IN NIGHTMARE ALLEY — As the femme fatale in this superb noir, Blanchett makes clear she is the finest actress other than Meryl Streep working today. Everything about her says “run away” but men never do, she has their number, and brings them to ruin. A stunning supporting performance.

BRADLEY COOPER IN LICORICE PIZZA — For about 15 minutes he dominates the screen with a jaunty, electric performance as movie producer Jon Peters who in the seventies was boyfriend to Barbra Streisand. He so wanted to be so much more than that, and his ambition became what kept his heart beating. One of the year’s best supporting performances.

ALANA HAIM IN LICORICE PIZZA — A member of the girl band The Haims, Alana gives a refreshing, star is born performance, what Pauline Kael once called a “bite you on the nose” performance announcing her gifts to the film world. As an older woman attracted to a 15-year-old kid, she is wonderful, overcoming the troubling narrative with a sweetness that is remarkable.

ADAM DRIVER IN ANNETTE — Driver might be the next great American actor, he has certainly proven that he is thus far. Here he unleashes his dark charisma as a vicious comedian married to an opera singer who gives birth to a very unique child. Driver’s Henry turns out to be much darker than anyone thought. An opera, demanding but brilliant.

BRADLEY COOPER IN NIGHTMARE ALLEY — Cooper again, this time as Stan, a grifter who falls in with a group of carnys before meeting the woman who will be the end of him, as she has so many others. Cooper is as always brilliant in an unsettling performance.

LADY GAGA IN HOUSE OF GUCCI — As she did in A Star is Born, she steals this movie right from under the noses of the more experienced actors. She commands the screen with a powerful performance as a woman who tires of her husband and has him killed. Frightening in her intensity.

WILL SMITH IN KING RICHARD — The front runner for the Academy Award as Best Actor before the film was even released, Smith excels as Richard Williams, father of tennis stars Serena and Venus, who believed since their birth they would be tennis greats and did everything he could to get them there. All the Smith charisma is on display here in a great, warm performance.

ANDREW GARFIELD IN TICK … TICK … BOOM — What a sensation and shocking performance Garfield gives as the creator of Rent, Jonathan Larson who died suddenly at the age of 35. The gifted composer believed he had an inner clock running and he needed to write something great before his time ran out. And he did, a musical for the ages that would re-define the ages.

MIKE FAIST IN WEST SIDE STORY — As Riff, the menacing leader of the Jets the actor digs into the role to show why he hates the Puerto Ricans so much. He sees his world becoming smaller as the immigrants seem to be everywhere to him, taking jobs, houses, and their women. With barely contained fury, Faist is seething with rage. Brilliant.

TONI COLLETTE IN NIGHTMARE ALLEY — As a gifted medium in the film, Collette is as always outstanding. She might be the most underrated actress working in movies and can always be counted on to come up big.

JODIE COMER IN THE LAST DUEL — In a film about and overcrowded with men, from her brutal warrior husband Carrouges (Matt Damon), his friend turned enemy Le Gris (Adam Driver) and the foppish boy King, Comer explodes into the narrative as a woman raped by Le Gris. Accusing him of such is a dangerous business, and when her husband demands satisfaction by duel, should he lose, she will be tortured and burned at the strake. Comer is superb as the woman wronged, bringing both dignity and fierce honesty to the character. I hope she is nominated.

JESSICA CHASTAIN IN THE EYES OF TAMMY FAYE — As a fan of Chastain, I am thrilled she is back in the Oscar mix for her Tammy Faye Baker in this film. Portraying the character with a sing song voice, giving her an innocence she seemed to have, Chastain is astonishing in the role. After exceptional work in Zero Dark Thirty (2012), Miss Sloane (2015) and Molly’s Game (2017) it seems she will be nominated for this fine work.

OLIVIA COLMAN IN THE LOST DAUGHTER — Colman became a major star after winning the Academy Award for her daffy Queen in The Favourite (2018) and has since been nominated a second time in The Father (2020). A third nomination is likely for her brilliant work in this outstanding film about a mother discovering far more than she counted on while on holidays. An exceptionally fine actress.

LEONARDO DI CAPRIO IN DON’T LOOK UP — As the scientist who co-discovers a meter speeding to earth which on impact will cause an extinction level event, Di Caprio delivers one of his finest performances. Like the deranged Howard Beale (Peter Finch) in Network (1976) the scientist rants and raves to anyone will listen. He cannot believe no one is taking this event seriously.

MERYL STREEP IN DON’T LOOK UP — In just a few minutes of screen time, as the President of the United States getting news that a meteor will, in six months’ time, destroy the entire earth, Streep is brilliant. By this point in her career when is she not? Distracted, smug, and detached from the people she leads, she is a female Trump.

EMMA STONE IN CRUELLA — I love Emma Stone, her energy is infectious and spills right off the screen into the audience. She is utterly dazzling from one role to the next and here as the young Cruella she is brilliant.

PENELOPE CRUZ IN PARALLEL MOTHERS — Never better, and she has been mighty great before.

HALLE BERRY IN BRUISED — A brave, deeply emotional, great physical performance that she directed herself. Shares the screen with a sad eyed little boy. Berry is brilliant.

JARED LETO IN HOUSE OF GUCCI — Unrecognizable as Paola, the outcast of the Gucci clan, Leto does one of his disappearing acts and is sensational. The only one not entirely outshone by Lady Gaga.

CLIFTON COLLINS JR. IN JOCKEY — Every now and then, a character actor whose face you know, breaks through with a great leading performance. Collins does so here, remarkable as a veteran jockey hoping for one last run while meeting his son, grown, for the first time. How cool if the Academy remembers!

BEN AFFLECK IN THE TENDER BAR — Like Clint Eastwood, with age, Affleck has become a finer actor. Here he is wonderful in George Clooney’s new film for Netflix. 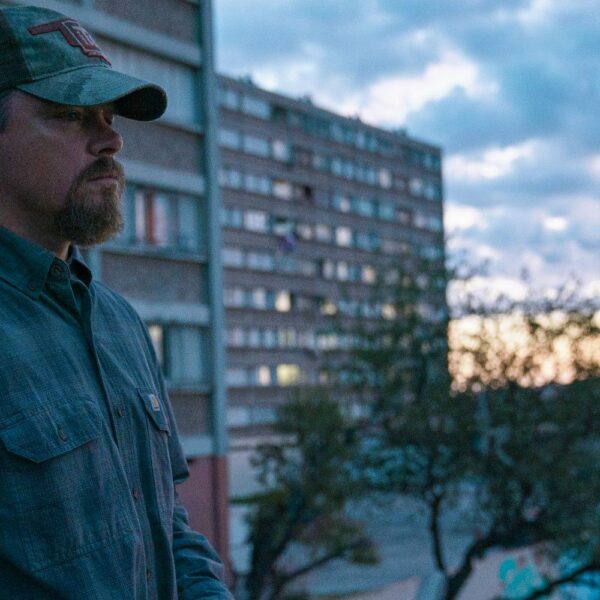 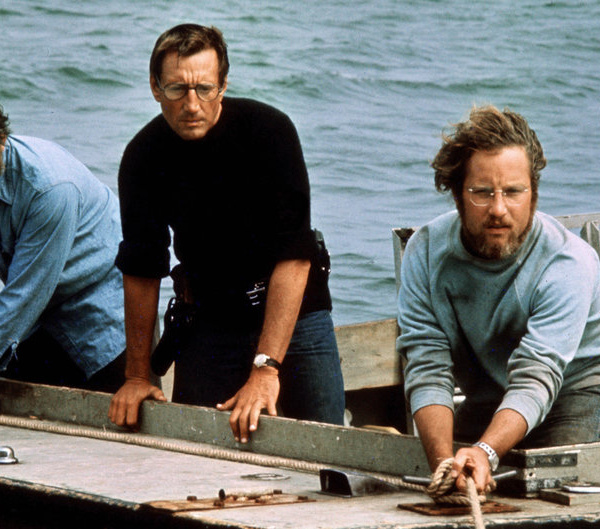