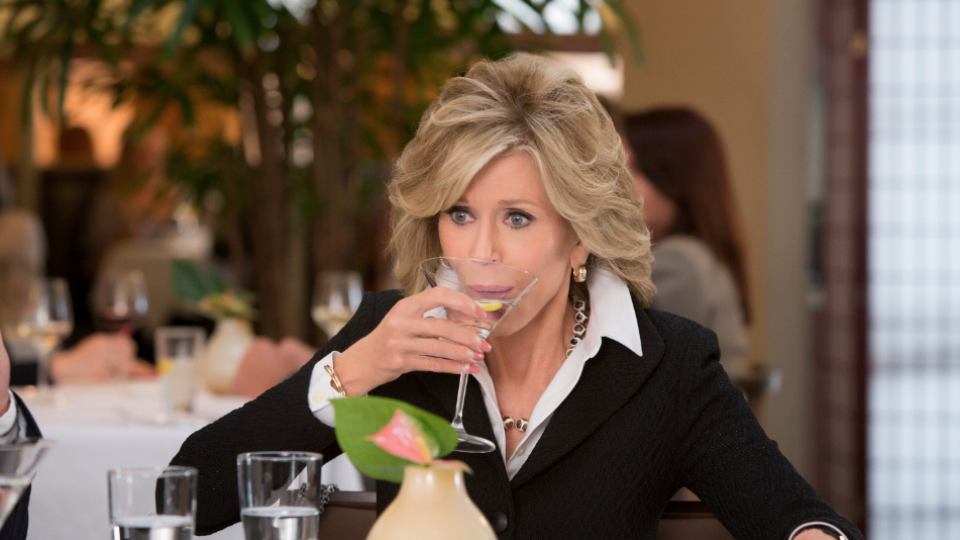 Jane Fonda stopped working as an actress in 1990. She was in her early fifties, had recently married Ted Turner and decided to turn her attentions elsewhere. 15 years later she was back in front of the camera in Monster-in-Law (2005), a lightweight Jennifer Lopez vehicle that was both beneath her talents but also a smart career move. She proved she could still be funny, she looked great, and her performance and cachet helped carry the film to box-office success.

Since then Fonda has rarely stopped working, enjoying success on the big screen, television, as a writer, as well as a long-delayed return to the Broadway stage.

When Fonda took a break in 1990, it was at the end of 30 plus years as actress and as one of the most recognizable and successful stars of the sixties, seventies and eighties. She had been nominated for seven Academy Awards and won two for Klute (1971) and Coming Home (1978); she was the top female box office star in the late seventies and early eighties; she had had some success on Broadway in the early sixties, including a Tony nomination for the play There Was a Little Girl (1960); she won an Emmy for her remarkable work in The Doll Maker (1984); and she had also revolutionized the fitness industry with a series of workout videos, starting with seminal Jane Fonda’s Workout.

There was an inherent risk for her in coming back to the fore in the mid 2000’s. She was no longer box-office, her name had lost some of its clout, and there was always the dark cloud of her unpopular stance against the Vietnam war. But come back she did and proved she was still one of the most interesting and complex actresses around, capable of surprising us and – thanks to the wonderful Grace & Frankie – making us laugh.

Here’s an overview of some of the key projects of Fonda’s last 15 years, with a focus on the work that drew the biggest audience or showed Fonda off at her best. 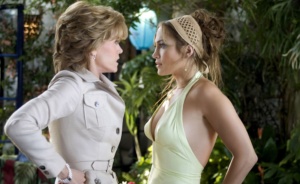 A typical Jennifer Lopez romantic comedy that Fonda enlivened with her raucous, over-the-top portrayal of legendary newswoman (a la Barbra Walters) who’s recovery from a nervous breakdown is threatened by the arrival of Lopez as her son’s new fiancé. Fonda declares all out war on Lopez, determined to destroy the relationship, so she can keep her son to herself. It’s not a very good film, but any real enjoyment audiences get from watching is solely due to Fonda’s willingness to endure any form of slapstick and, at the same time, create a viable – albeit neurotic – character. Also helping is Wanda Sykes as Fonda’s very funny, acidic sidekick. 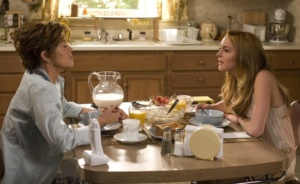 Jane Fonda channeling her dad. She plays the forthright, strong matriarch who expects everyone who is under her roof to abide by her rules. This provides the springboard for the developing relationship between Georgia (Fonda) and her granddaughter Rachel (Lindsay Lohan). Rachel has been shipped off to her Grandma’s by mom Felicity Huffman because of her rebellious ways. Huffman’s character also harbours more that a bit of anger toward her mother. This actually isn’t a bad little film. Directed by Garry Marshall, it doesn’t go deep, but the story works and the actresses – particularly Fonda and Lohan – are good. 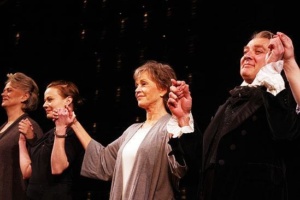 Fonda went back to the stage for the first time since 1963 in this play by Moises Kaufman. She played a musicologist dealing with advancing ALS. The play explores the relationship between Fonda’s character and her daughter, but primarily focuses on an examination of the creative process as Fonda works to discover the reason why Beethoven wrote 33 different musical variations on a simple theme. The play switched back and forth between Beethoven and the present. It was heady stuff, but Fonda was welcomed back with excellent reviews, a Tony nomination, and appreciative audiences. After the play finished its run on Broadway, she performed it again in Los Angeles. 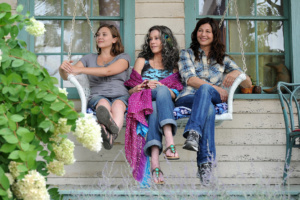 As with Georgia Rule and Monster-in-Law, this is another lightweight comedy, this time about an aging hippy (Fonda) who decided to stay in Woodstock in 1969. Again, like Georgia Rule, this one also has a strained mother-daughter relationship at its core, as well as a couple of disgruntled grandchildren. Catherine Keener plays the daughter who has just been dumped by her husband, so she heads back to see her mother for the first time in 20 years. Fonda doesn’t have a lot to play here – she’s the kooky but ultimately grounded free spirit. But she owns every scene she’s in. The film is basically fluff but made enjoyable by interplay between Fonda and Keener. 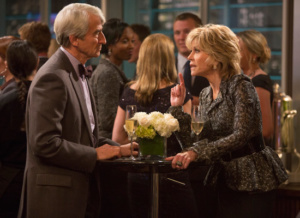 Fonda showed up as an occasional guest star in this Aaron Sorkin production for HBO, effectively offering viewers a female version of her ex-husband Ted Turner. The Newsroom was only on for three seasons, but it gave us a gripping look at the operations of a fictional cable news work (think CNN). Jeff Daniels won an Emmy for his work as the lead anchor. Episodes focused on the sometime skewed balance between corporate responsibility and the quest to fairly and accurately deliver the news. Fonda played Leona Lansing, CEO of the network’s parent company. Her sparring scenes with Daniels and Sam Waterston were a treat to watch, like a tough as nails, articulate tennis match. Fonda received a couple of Emmy nominations for Best Guest Actress in a Drama Series during the show’s first two seasons. 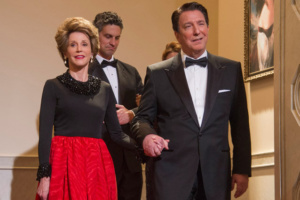 Jane Fonda as Nancy Reagan? I’m sure the casting made some people a little nuts, but in her few minutes on screen she definitely is able to channel the former first lady. The focus of this film is Forest Whitaker who is hired as a butler at the White House during the Eisenhower administration. It follows his life in service at the White House through multiple presidents, and through his family and the conflicts at home. Whitaker and Oprah Winfrey were both very good as the husband and wife, but the casting of major names as various presidents and their wives seemed to veer toward stunt casting. Fonda was one of the few who were believable. 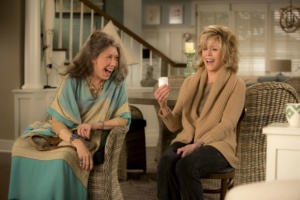 This is the big hit of Fonda’s late career revival. Premiering in 2015 on Netflix, it’s now streaming it’s fifth season and we’ve been told it’s renewed for a sixth. Fonda and former Nine to Five (1980) cast mate Lily Tomlin are a team made in heaven as the wildly opposite pair who have had to make new lives for themselves after their husbands of 40 years announced they were gay – and in love with each other. In the season one opener they both retreated to a jointly owned beach house where, after some initial sparring, they started to help each other pick up the pieces of their lives. It may sound like a bit of a downer, but it’s not. This is one of the funniest, most perceptive and well cast TV comedies of the last 20 years. It’s such a treat to see women – and men – of a certain age still being energetic, sexual, funny, and real. Although Tomlin is the more eccentric and comical of the pair, the growth of Fonda’s character has been the show’s strength. With each episode she shows what a vibrant – and comedic – actress she still is. 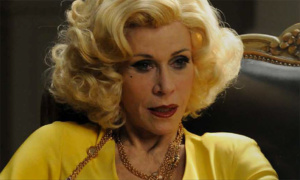 Fonda shows up very late into the film and suddenly sets the screen ablaze with her fury and anger. Youth is the story of two men – Michael Caine as a composer and Harvey Keitel as a film director – who are vacationing at a spa. It’s a meditation on aging and regret, with Caine weighing an offer of knighthood and performing at Prince Philip’s birthday concert, and Keitel working with writers to get this latest film off the ground. That’s where Fonda enters the picture. She plays an actress who has starred in 11 of Keitel’s films and shows up at the spa to basically rip Keitel a new one – not only won’t she star in his film, but she just verbally lacerates him with her honesty about his declining abilities. It’s a diva playing a diva full throttle and she’s terrific. She was nominated for a Golden Globe for Best Supporting Actress, but unfortunately missed out on a deserved Oscar nomination. 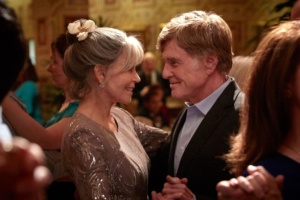 This film represented the fourth and probably final pairing of Fonda and Robert Redford and it’s a fitting way to end their on-screen relationship. They play a widow and widower who have known each other for years, but now in their late seventies they are increasingly lonely. Fonda’s character proposes that they start sleeping together (platonically), but the relationship deepens forcing them both to deal with their mistakes, their grief, and loss. This is a slow-moving story and probably could have used some levity, but Fonda and Redford work so well together and it’s a treat to watch the newlyweds from Barefoot in the Park (1967) still strike sparks. 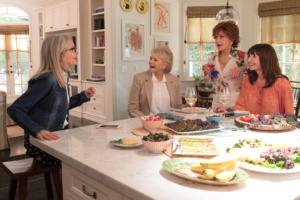 A great cast but a bad, cliched script. Fonda and Candice Bergen come off the best. Along with Mary Steenburgen and Diane Keaton, they play four friends who have been meeting to discuss books for years, but things go a little crazy for all of them when Fonda introduces “50 Shades of Grey” into the group. It’s as predictable as it sounds, with very few of the situations these characters find themselves in ringing true. Bergen does have some really good moments as judge who has shut herself off from the dating world since her divorce. Her awkwardness is endearing. Fonda also has a few scenes that ring true as woman who has spent her whole life steering clear of any kind of relationship. Her scenes with Don Johnson allow her to show the more vulnerable side to this alpha character. Despite mixed reviews, the film was a small hit when released last year. And, of course, she looks fabulous. 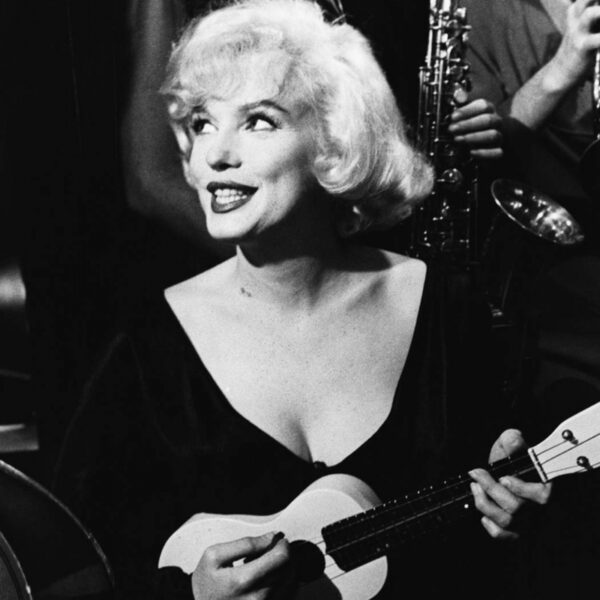 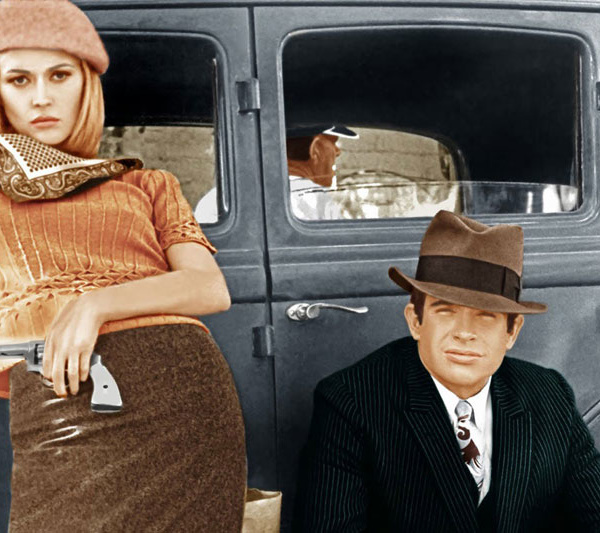