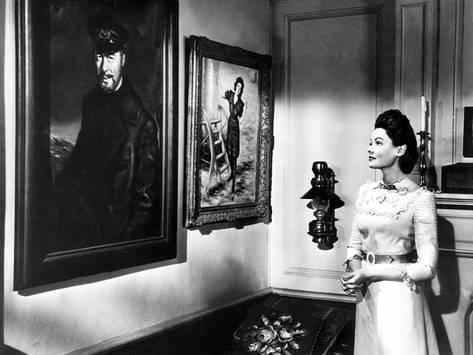 We’re all going to be looking at movies where we can link back to Valentine’s Day. To do that I had to step back and run through a mental inventory of all of the Romcoms, Chick Flicks and After School Specials I have ever seen in my small vision of what makes a Valentine movie worthy to be at the top my list. Well, anyone who knows me knows that, above all, I gravitate to the locale, which sets the stage for any situation. Without the proper setting, I really do have a hard time getting into the right frame of mind. After a mental purging of my internal video library, and after revisiting many films, my ultimate heart tugging movie involves a black and white film which includes a remote and charming seaside haunted cottage and a romance that transcends this world and the world beyond.  That movie is The Ghost and Mrs. Muir.

The film is based on the 1945 novel of the same name, written by Josephine Aimee Leslie Campbell, who was the daughter of a sea captain. Due to the fear of poor sales of a novel written by a female in the 1940’s, she wrote under the unfortunate pseudonym of R. A. Dick. 20th Century Fox bought the film rights to the novel, which at the time had only been published in the United Kingdom and retained American screenwriter Philip Dunne to adapt the manuscript for the movie, and Joseph L. Mankiewicz to direct. 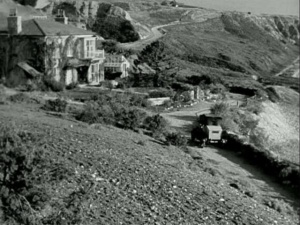 The story surrounds the widowed Lucy Muir (Gene Tierney), her daughter Anna (Natalie Wood), and longtime housekeeper Martha Higgins (Edna Best) who decide to leave the security of their in-law’s home and start a new life by renting a remote seaside dwelling known locally as “Gull Cottage” in the fictitious English village of Whitecliff-by-the-Sea. The secret is that the cottage is haunted by its former owner, a sea captain by the name of Captain Daniel Gregg (Rex Harrison).

From here the love story begins: we see the mutual respect and admiration that Captain Gregg and Mrs. Muir have for each other. The love is pure and based on Victorian etiquette, a higher plane that isn’t compromised by the sexual intimacy of movies being made today.

After Mrs. Muir meets the captain’s ghost, the two develop a deep relationship, which grows even deeper when Lucy, needing money, agrees to ghost write a book based on the Captain’s sea journeys. There is a constant tension between the two leads, but the underlying chemistry is very evident making the unusual premise believable.  They work extremely well off each other in their tender, humorous, and bickering encounters.

The story is set in London and on the English Coast, however the movie was filmed entirely in California, with “Gull Cottage” constructed especially for the movie in the Stillwater Cove Regional Park in Sonoma County. Following the film’s wrap, the house was dismantled.

The movie’s score by Bernard Herrmann greatly enhances the film, setting the mood beautifully with his music which ranges from haunting to romantic, to playful, when the captain is up to his shenanigans, with the constant crashing of the waves providing the rhythmic background. 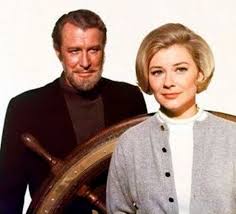 As with many successful movies, the powers that be felt they could capitalize further on the success of the film and in 1968 created a sitcom starring Hope Lange and Edward Mulhare in the Gene Tierney and Rex Harrison roles under the same name (The Ghost and Mrs. Muir) and the same premise. This time however, the romance between the two leads had been replaced with the light humour of a sitcom. It ran for two seasons, one on NBC and one on ABC. The series was based in the fictitious town of Schooner Bay, Maine but utilized an existing house in Santa Barbara, California as Gull Cottage.

A final detail: the word muir (Lucy’s last name) is Gaelic for “the sea”.

A close contender for my favourite Valentines Day movie is Somewhere in Time (1980) To read my article on that film, click here. 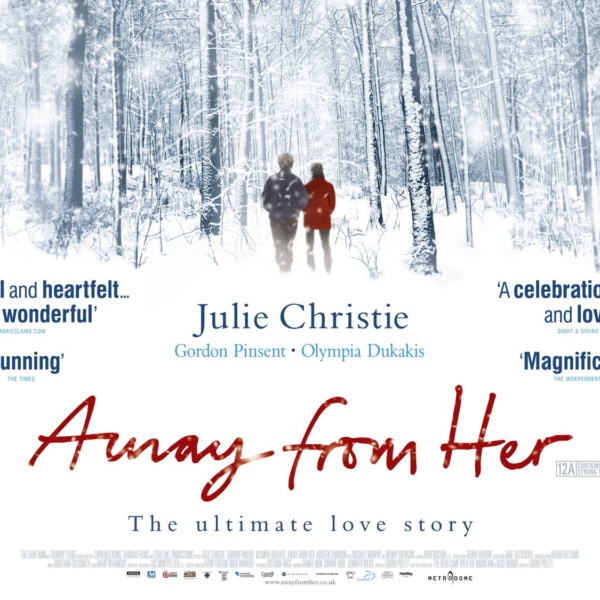 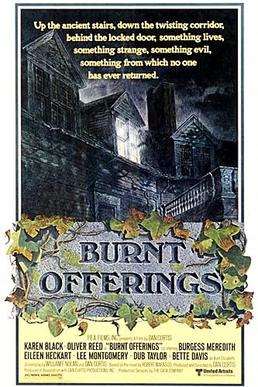