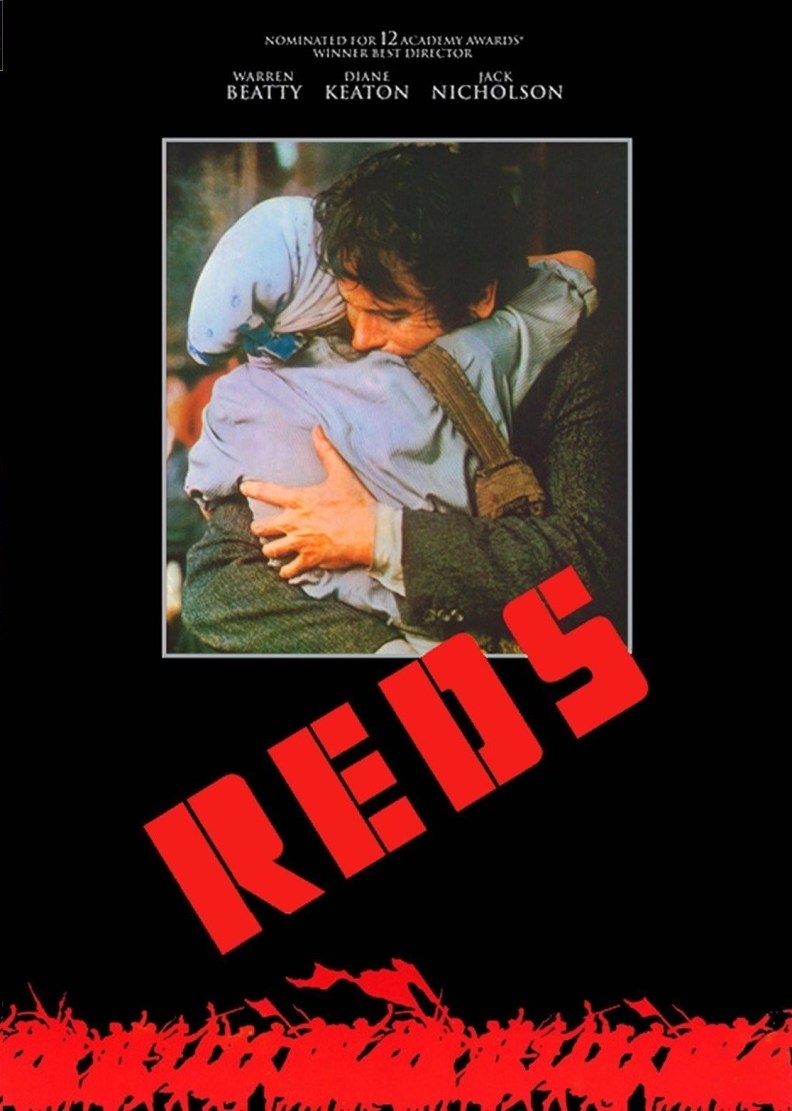 There is, in Warren Beatty’s remarkable film Reds, a moment that defines journalist John Reed. While covering Pancho Villa in Mexico, he rises during a battle and chases a horse drawn wagon, reaching out to touch it, but does not quite do so. That was John Reed, forever chasing history, forever wanting to witness history, to be part of it.

In December, 1981, I saw Reds, opening night. In the beautiful now gone movie palace the University on Bloor Street in Toronto, a sold out audience gathered to experience what Warren Beatty had spent nearly a year editing. Three hours and twenty minutes later I sat stunned at what I had witnessed on the screen, I could not move, having witnessed one of the greatest Directorial Achievements in the history of the movies; Beatty had created a sweeping political, romantic epic for the ages. How could this possibly lose Best Picture?

Beatty had long been fascinated with activist writer John Reed, a communist sympathizer in the early 20th century, who wrote for several journals in Greenwich Village, would be welcomed in Russia, live there, and eventually die there to be buried in the Kremlin. Reed and his wife Louise Bryant would witness the Bolshevik Revolution and he wrote about it in his eyewitness account Ten Days That Shook the World, recognized as one of the most important works of journalistic non-fiction literature of the 20th century.

In researching his film, Beatty sought out elderly people who knew the Reeds and interviewed them against a black backdrop, using the footage in the finished film as a framing device. It was genius to hear these frail, very elderly people speak of a past they barely remembered, which existed only in the fading landscapes of their mind. Their opinions were frank, honest often judgemental and harsh, but each sharp in their often biting honesty. The film opens with these witnesses, and through the film they appear offering their memories to events. Watching these ancient faces, once young, viral and vital, is exciting because these people knew John Reed and Louise Bryant, they had spoke to them, ate with them, and argued with them. Some are clear they did not like them, but they held them in great esteem.

Beatty explores how Bryant (Diane Keaton) and Reed (Beatty) met, how she followed him from Portland to New York wishing to be a serious writer. He introduced her to all of his friends, Emma Goldman (Maureen Stapleton) the fiery, take no prisoners anarchist, and Reeds’ best friend, Eugene O’Neill (Jack Nicholson) the gifted, brilliant playwright/ poet who would at one point come between her and Reed.

Reed has his finger on the pulse of what is happening in the world, she does not, instead, writing about the past. Reed believes to be a great writer you must experience or witness what you are writing about.

After an affair with O’Neill leaves the playwright gutted, she and Reed marry, fight often make love often and when they split it seems for good, though he does not give up on her as a writer. He convinces her to come to Russia with him, thinking the country is about to explode in change. Though wary, she goes, but is very clear they are not together. They watch the Bolsheviks over throw Imperialism right before their eyes, they take part in the marches, they are swept away by history and fall in love again. Yet something more takes place, they become equals as writers, feeding off one another.

Returning to the USA they are treated with contempt and fear by the government, relieving Reed of his notes, placing them on trial as communists. Though not found to be communists they make clear it worked in Russia but would never work in America.

The courts leave them alone yet unbeknownst to them they are under constant surveillance by the government. Enraged that Reed returns to Russia, Bryant finds her way to the apartment of a now deeply cynical, quietly infuriated O’Neill, but she is put off with his bitterness and leaves only to come back to him to ask for is help in getting into Russia. Reed is not returning her messages.

Little does she know he has tried, in vain to contact her, and finally tries to get out of the country only to be imprisoned. When O’Neill offers to take passage on a freighter for his friend, only then does Bryany realize the depth of love, of loyalty the two men have for each other, and not even she, the object of their love, could break that.

In the end, she goes herself under horrific conditions on the ship, across the European wilderness and finally to the prison, where he has been released. Into Russia, she travels where by chance she encounters Emma Goldman, who has been by the American government. Their relationship previously strained is eased, as Goldman realizes what Louise has gone through to get into Russia.

Reed has traveled with the top Communist officials into the Middle East, where he realizes his words are being rewritten, virtually turned against him. Their locomotive is attacked going home, leaving Reed again, chasing history, running into the thick of the battle fearlessly. The battered train returns to Moscow, where Louise waits on the platform for him. One by one, get off, some carrying the dead and wounded, but no Reed. Louise does not see him get off behind her but he is there, staring in disbelief at her. She sees him, walks to him where they embrace, superbly shot, as he whispers to her, “Don’t leave me, please, don’t leave me”. They have little time as Reed is deathly ill.

Reed dies a short time later, his fragile body not able to handle the punishment it has endured.

Running an even 200 minutes, the film is a huge epic experience complete with Intermission. Where Beatty soars is in the massive scenes of Russia under siege by the Bolsheviks, the magnificent sequence in the desert as he opens his curtains to see camels bouncing beside the train, the use of the witnesses, and in his intimate direction of the actors merging the epic with very personal, human moments. In many ways, the film captures the essence of Dr. Zhivago (1965) but is much more personal in its study of the lovers Reed and Bryant. The picture also brilliantly conveys what it was to be a writer in the early 20th century, to be obsessed with history as it was happening.

Beatty gives the film an urgency, a sense of great excitement as he chases history, never realizing in the chase he was becoming a part of history himself. Though long, massive in scale, the film has a surprising intimacy with the characters few epics have. The scenes at the end of Act One, the overthrowing Of Imperialist Russia are deeply moving, played to the choir singing the Russian communist anthem, Internationale. A train comes to a slow stop as thousands of people march throw Moscow, Reed and Bryant among them, part of history. The imagery soars.

Beatty is perfect as Reed, creating an intelligent, obsessive man who finds a cause in Communism though we see his disillusionment with it towards the end. The actor gave many vastly underrated performances in his career, this might be the most underappreciated. He brings to Reed an intelligence governed by that which makes a writer tick, insatiable curiosity. Fearless to go chasing history, it was what made him such a gifted journalist.

Diane Keaton seems born to be Louise Bryant, a feminist before the word was created, fiercely dedicated to women’s rights, smiling as she chastises a judge that women have the vote in Russia which they did not in the US at that time. We see her evolve as a writer in Russia, letting go of her ego, listening to Reed, slowly evolving as his equal, eventually editing his work. They become more than man and wife, but best friends, lovers, partners…comrades. Ahead of her time, Bryant was unique to women of the time, because she was not one with the times, years ahead of other women.in opinions and awareness of women’s rights. Bryant was as Keaton portrays her, a fierce pioneer.

As Eugene O’Neill, Jack Nicholson oozes raw sexuality with every penetrating stare. He undresses Louise with his eyes, and slips into her head easily, but once there it is he who is trapped. Obviously in love with her, deeply, her rebuff devastates him, no doubt providing much source material for his work. Darkly cynical, words his weapons against the world, it is a brilliant performance and each time he is onscreen, Nicholson steals every scene.

Maureen Stapleton got the role of a lifetime as Emma Goldman, the fast talking anarchist that the government so feared they deported her to Russia. Blunt to the state of being rude, she takes no prisoners, but is educated and smart enough to admit when she is wrong.

Reds won the New York Film Critics Award for Best Film, and Beatty began winning a Best Durector prizes from various critics groups, the Golden Globes and the Directors Guild Of America Award. Nominated for a whopping twelve Academy Awards, Reds found itself nominated in the top six categories, Best Picture, Director, Actor, Actress, Supporting Actor and Supporting Actress as well as Screenplay and Cinematography. On Oscar night Maureen Stapleton would win Best Supporting Actress, Vittorio Storaro would win for his breathtaking cinematography and Beatty would win Best Director. Though expected to win Best Picture, a shocker occurred when Chariots Of Fire (1981) sprinted to the finish, besting Reds. It was a crushing blow to Beatty, who coveted a Best Picture Award.

Forgotten for more than two decades, the Blu Ray release of the film helped audiences rediscover one of the eighties greatest films.

It remains a masterpiece. 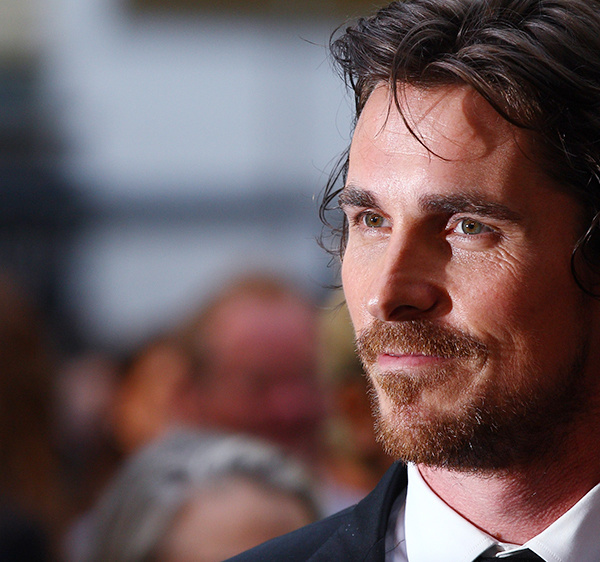 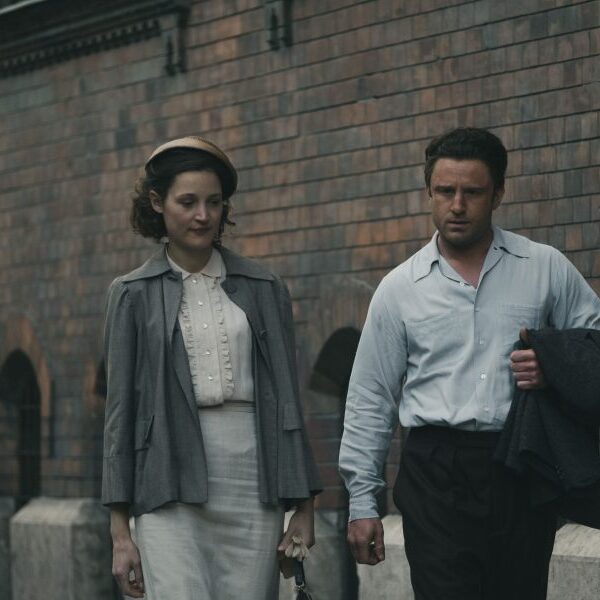