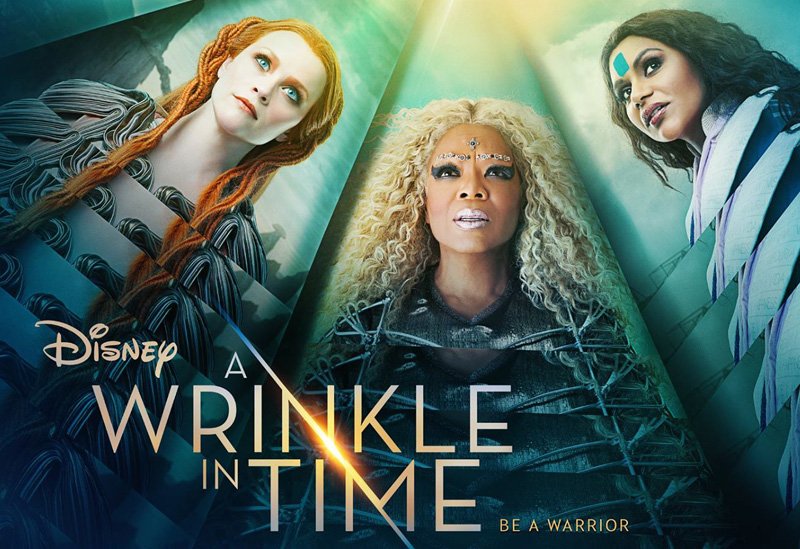 It must be remembered that no one sets out to make a dreadful movie. No one. Something goes wrong somewhere, usually starting with the script or the director, and like a domino effect, it all collapses in on itself, leaving disaster on the big screen.

Of the 292 I saw this year, most of them were weak to outright dreadful. Making a great film is hard, so many aspects need to fall into place. 2018 was a strong year for movies, as my ten best attests, but oddly it was a good year for stinkers too, and there lots to choose from.

When big, expensive blockbusters fail, the impact on the industry is staggering because that failure will prevent other films from being even made. My question remains unanswered, can these people that green light these disasters not read?

One little victory. This is the first time a Transformers movie did not make the list. Every year there has been one, it has made my list, but this year Bumblebee proved what I thought impossible, a good film can be made of Transformers movies. With a heartfelt performance from the great Hailee Steinfeld, Bumblebee is entertainment. And hell did not freeze over today…

The Ten Worst Films Of the year are…

Ruth Bader Ginsberg deserves so much better than this. A feisty pioneer for human rights and female equality, this ferocious woman, who in her eighties still sits on the highest court in the land deserved a movie that explored her accomplishments but also that asked, and answered what drove her? What made her such a tireless Fighter? we get the Gandhi-sequence biopic, Ginsberg’s greatest hits. Felicity Jones, a fine actress is woefully miscast as Ginsberg, though no question her accent wanders throughout and she  that fire in her belly. Armie Hammer does fine work as her loyal husband, but we need Ginsberg to be at least interesting. The documentary RBG is a far better experience. A huge disappointment…HUGE!

At a time when a New Black Cinema is sweeping America, bringing honest, powerful films about life being black,  this nightmare. Threatening to set the advances backward forty years, the movie wants to be blaxploitation, it feels like a Seventies film, and it seems wildly out of touch. Taraji P. Henson, a likable actress is wasted in the Pam Grier like role, taking on the black mob whom she had previously worked for. Danny Glover plays his role as a villain with telegraphed menace, we cannot wait for his next dastardly deed because it so delights him! Maybe he knew how bad the film was and overacted for fun. Well, Danny, my man, no, it is no fun. It was torture.

Mamma MIA!….here we go again, torture, oh where do I begin? Sing that to the title tune or this mess and it pretty much sums it up. Without Meryl Streep until a heavenly cameo at the end, the film flashes back to explore how Donna came to the island. Only once was I interested by a single scene and that was icon Cher singing the ABBA hit “Fernando”. The lady can sell a song, even if it has nothing to do with the film. For the most part unwatchable.

I love that Jennifer Garner is branching out with her range, good for her. She is hysterically funny on Camping, brilliant as a control freak keener, by far the best thing in the HBO show. Here she is a vigilante killer after her family is massacred, she wakes to devastation and then begins to train,  herself into a beautiful Rambo, kick-ass killer who thinks she is Liam Neeson. I mean, seriously? I get, believe me, that Garner is an actress, but do you cast Thumper the rabbit as King Kong? The whole movie feels like a terrible joke.

In hell, my hell, I am strapped to a chair while this idiotic film plays on a loop for eternity. If I had to hear Ewan McGregors’wide eyed idiot say “Pooooooo” one more time I think I would have rammed screwdrivers in my ears. Just a horribly wrong mess of a film, using CGI to create the animated characters, but the performance of McGregor, all earnest and trying to be filled with wonder, was excruciating, it is an absolute travesty. The story is , the characters uninteresting and it takes some getting used too in seeing the cartoon characters as computer generated. One of those films and performances I can never unsee. Ugh. Remember the toiletMcGregor climbed out of in Scotland in the brilliant Trainspotting (1996). I bet he pulled this script out of that filthy toilet. Pure torture.

I so loved the book, given to me by my sister in law, but Iso hated the film, which had none of the books’ dark humour, and instead was a grungy, nasty depiction of the old west. Why would, everywhere they went, woulda hunted gunfighter announce to the room, “We’re the Sisters Brothers” placing a target on each of them before they are one minute in the room? JoaquinPhoenix and John C. Reilly are the brothers, Jake Gylenhaal is a well-spoken young man they encounter in their strange quest for gold, along with inventor Riz Ahmed. Greed is their undoing, lousy writing and direction kill the film. Ahmed gives a lovely performance, as does Gyllenhall, but the two leads are embarrassing. And that spider that crawls into Reilly’s mouth and poisons him? Why? What narrative point was made? My biggest disappointment of the year.

Even before the film opened of trouble had made their way out. Reshoots, always spell trouble, and there was no shortage of them on this. But my question after enduring it, suffering through it, was why? Why make a film about a villain who was a supporting character portrayed by TophervGrace in Spider-Man 3 (2007)? Did we need this movie? Good God No! Does it leave me questioning Tom Hardy? Yes, why would a great actor, and he is great, find himself mired in this dreck? It is said there are hours of better footage that ended up on the floor. Better go garbage picking guys.

Understand the worst five are interchangeable, they could move from 4th to first depending on the day. The idea to make an origin story for Han Solo was not a bad one, what killed this film was casting, and a terrible story. Do you want a cocky, smart ass, younger Han Solo with the same charisma as Harrison Ford? Cast Chris Pratt. Period, end of story. He could have played this part in his sleep. Should they ever do a younger Indiana Jones movie, and they will just cast Pratt. Do it right. The boring actor cast as Han Solo does not even deserve to have his name mentioned but suffice to say he lacked anything remotely considered charisma, he brought no sarcastic humour to the film, and worst of all was dull, dull, dull. Now in fairness, the script did not help him, and Donald Glover blew him off the screen as a young Lando. Ron Howard obviously lost control of the film, and it controlled him. Howard has never been a great Director but is usually a very good one. Apollo 13 (1995) and Frost/ Nixon (2008) were brilliant films both, Best Picture nominees! He won an Oscar for A Beautiful Mind (2001) but should not have. And he absolutely should not direct another Star Wars film…like ever? Proof a Star Wars Film could sink lower than The Phantom Menace (1999).

Stupidity runs rampant through this dumb, dirty looking post-apocalyptic nightmare of a movie that just never takes off. After the last Great War, the major cities of the world are now on wheels. Yep, wheels, meaning they move from place to place waging war on other cities. No one learned. Watching this ugly, grim-looking film was an exercise in torture. At post time it is believed to be losing in excess of one hundred million dollars. That is one hundred low budget films that will not be made because of this monstrosity.

2. A WRINKLE IN TIME

When oh when will Oprah Winfrey realize she cannot act? It was not enough that she ruined Beloved (1998) one of the greatest books of the 20th century by demanding as  that she played the lead? If only her acting talents were as massive as her ego? Here she has her dream role, a kind of God who gets to say such memorable lines as “be a warrior” in between costume changes. Again based on a much-loved book, Oprah and Reese Witherspoon are just awful, but the narrative is the big problem. That and the acid trippy look and feel give the film a Puftnstuf feel. Oprah is Witchie Poo….

The truth be told I would watch this again rather than the next four, but only because it would be fun to point out the oh so obvious flaws in this train wreck of a film. Directed by Kevin Connolly, best known as ambitious E, in Entourage, the terrific HBO comedy, I question how he landed this gig? Does he have a powerful relative in the business? Is the Irish mobbehind him? Connolly was completely the wrong director to make this film, his choices are wrong, and within ten minutes of viewing time, you backward know it isgoing to be a rough road. John Travolta seems like inspired casting as the nasty John Gotti, who openly defied the New York Police as the “Teflon Don” called such because nothing would stick to him. The legal system knew he was a killer, knew he ran the mob, but they could never get him on anything. Travolta plays him not with an edge, but rather with a streak of smugness and does not begin to touch upon his savagery or penchant for cruelty. a vicious man and Travolta can portray fearsome (Get Shorty) but his work here seems to be to posture, to wear the beautiful suits Gotti was famous for, but to do little else. A fascinating life made bunk, garbage, and infamous as a film deemed unreleasable and unwatchable. Both true. 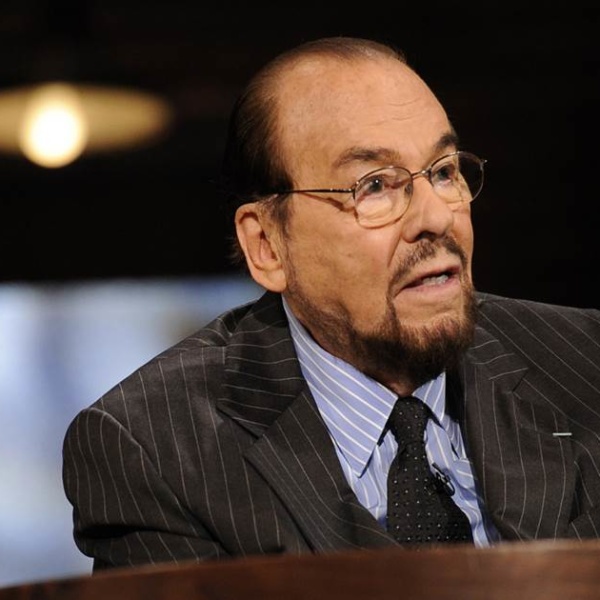 JAMES LIPTON, INSIDE THE ACTORS STUDIO HOST, PASSES AT 93 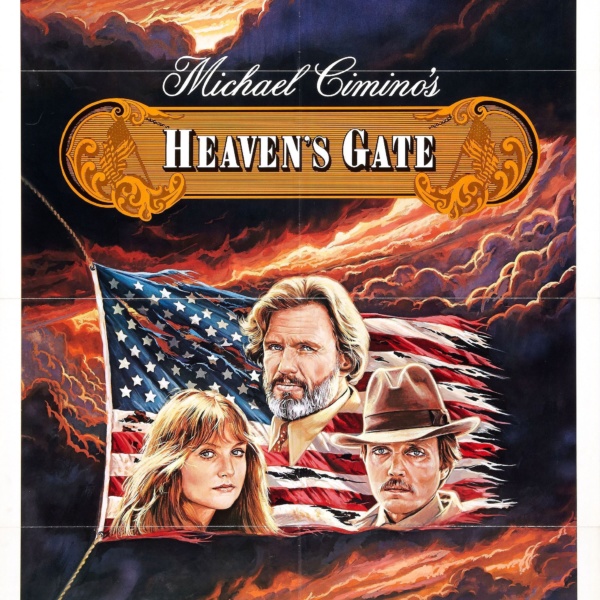