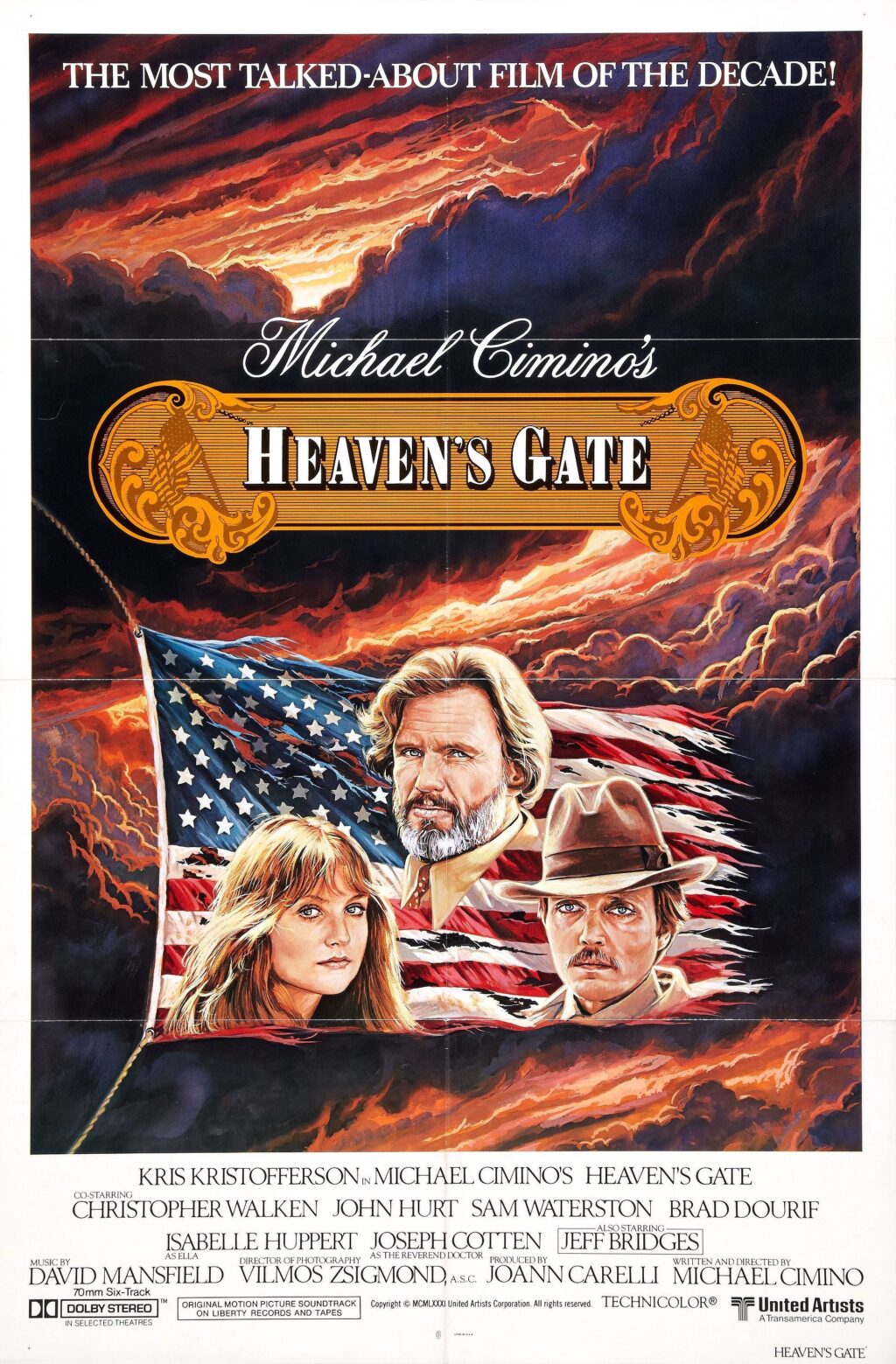 HEAVEN’S GATE – A LOOK BACK; A LOOK TODAY

It was never as bad as the critics made it out to be. They were out for blood, after being lied too and betrayed by director-writer Michael Cimino and blood they got. Cimino made it easy for them given his irresponsible behaviour during the publicity tour for The Deer Hunter (1978) and the making of Heaven’s Gate (1980).

Cimino had not yet been crowned with an Academy Award for Best Director and Best Picture for The Deer Hunter (1978) when United Artists (UA) came courting the director for his next film. They had been shown a special screening of The Deer Hunter (1978) in the summer, months before it would be released, but upon seeing it they knew it was going to be something very special. Part of that thinking was that Cimino had based the film on  what he had experienced while in Vietnam attached to a Green Beret unit. Executives at UA wanted to be in the Michael Cimino business because they felt the film was audacious, powerful and was going to be a monumental work. They approached the director about what his plans were showering him with praise for The Deer Hunter (1978), which he knew was very good, and yes, he understood it was going to be something special. He told them about his dream project, a western called The Johnson County War, a true story about the land barons hiring killers to deal with the immigrants coming to America for a better way of life. UA liked it, though westerns seemed to be a dying genre, but they wanted Cimino, they wanted a Best Picture contender.

There was some back and forth between Cimino and the company but nothing that could not be eased into being, and eventually production began on Heaven’s Gate, the new title of his film. There had been warning signs for the studio along the way, frosty encounters with the director when he did not get his way. Casting had been an issue, and Cimino went into a stony silence until they gave in, and he waited them out over the prologue and epilogues making sure they were both to be included. Filming began, and within the first week there were issues that sent red alerts up to the highest office at UA, they were behind, and falling farther behind by the day. Cimino was doing up to twenty takes per scene and printing everything at enormous cost to the production, but that was just the beginning.

Partway through filming Cimino attended the Academy Awards where he won Best Director and his film took home Best Picture. Two weeks earlier he won the highest honour a director can win, the Directors Guild of America Award for Best Director. By now he was plagued with controversy surrounding the film because sharp eyed reporters had dug in on him and researched his life. Cimino had lied, and he had continued to lie after being caught in a web of lies. First it was minor, lying about his age, then about his degree. But then he had lied about serving in Vietnam, he never had, and that made his entire film a lie. Having not been there, he could no longer claim the Russian Roulette sequences were based on fact, and suddenly his film looked racist, downright fascist. Digging deeper they found the script had been initially written by another, and Cimino had taken it and rewritten it as his own. Jane Fonda attacked him on Oscar night, rightly, because her film Coming Home (1978) was a vastly superior work about the impact of the war. Those critics who had praised Cimino’s film now looked like fools, and they did not forget what he did to them. Their time would come.

UA now knew he was not beyond blatant deception, looking them in the eye and lying to them. So they checked into every statement he made and found more and more that they could not trust about Cimino. He had purchased a small parcel of land for the climatic battle sequence with studio money, though the deed was in his name. It was irrigated and seeded with Kentucky Blue Grass for the battle at enormous cost, sold off when they were finished and the money did not go to the studio but into the pocket of Michael Cimino. And still the budget soared out of control, until finally they stopped the money flow, called him to come to Hollywood and blasted him about his blatant disregard for their authority, his irresponsibility, and arrogance. Unknown to Cimino they had been shopping around for a director to replace him, but no one would replace the man who had just won an Academy Award, and who knew and understood the footage, the millions of feet of footage. It is rumoured David Lean was asked to finish the film but declined and made it clear no director in the guild would do their bidding. Like him or not, their was a loyalty between filmmakers.

UA decided to finish the film, giving Cimino a ceiling budget of thirty eight million dollars, an enormous amount for any film, let alone an artistic western. They attached a production manager to him and made him responsible for the days shoot. Cimino was told, stray from the schedule and we will shut you down. They were, they told him, prepared to eat the cost of the film rather than allow him to blatantly display his complete lack of respect for them.

And so he finished the film, at a final cost of forty four million dollars. He then locked himself under armed guard, again charged to UA,  into the editing room and began to find his film among the millions of feet of film. Slowly he whittled it down to a massive five hours and forty five minutes, showed it to the executives, and was banished back to the editing suites to get it down to a reasonsable release length. Premieres were set for Los Angeles and New York in November, followed by a second premiere the next night in Toronto. Under brutal pressure, the film gradually came down in length as the premiere dates approached.

Finally in November of 1980, Heaven’s Gate (1980) screened for the industry and press with the cast, executives and Cimino present. I saw the film the next night as a college student in Toronto. Four and a half hours later we emerged from the theatre, understanding now why the LA and NY screenings were now legendary. The narrative was dull, very little happens, much of it you cannot see because the film feels clouded in dust, and the sound mixing was awful. No one cared for the characters, because we were never permitted to care about them. It was a complete disaster.

And the critics, smelling blood, pounced on Cimino, getting even for the lies he had told about The Deer Hunter (1978), for making them look like fools, for his treatment of the UA executives, his arrogance, his blinding selfishness, for every transgression he had made in making the two films, they attacked. So complete was the failure, UA withdrew the film from release, like a Broadway play closing after a single performance, they pulled it, to allow Cimino yet more time to cut the film down to size.

The movie shook Hollywood right to its foundation, because a single film was responsible for the bankruptcy of one of the oldest existing studios in existence. It became a legend and cautionary tale for self indulgence.

In 2012 Criterion Blu-Ray released a restored DVD of the film, cleaning up the print, taking it back to its original length, fixing the image to bring out the golden burnished quality Cimino had intended. Watching the film again, years after the initial release, it is clear that it was never as bad as critics attacked it for being. The cinematography is beautiful, bringing to the film a haunted quality of a time gone by, the score by young David Mansfield, the fiddler player who roller skates working the crowd up is superb, a mix of fiddles, mandolins and piano, just beautiful and deserved an Oscar nomination. The art direction, production design and costumes are perfect, but the film moves at a snails pace and we still do not care about the characters because we are never given a chance too. The opening at Harvard is a tedious mess, John Hurt gives a strange performance spending most of his early scenes calling out “James” after his friend. Kris Kristoferson looks terrific, throughout, but never really digs into the character, which is true of all the cast including the great Christopher Walken, haunted as a gunfighter. So whule a few things work, so much still does not. The battle sequence is still wildly overlong, and filled with screaming  and shouting which is drowned out by the explosions and gunfire. Sam Waterston, as the villain, Frank, might as well be wearing a pair of horns, his character evil from the first moment we see him. Uneven, but often breathtaking to behold, the film captured what Cimino often called the poetry of America.

What a shame he sold his soul to the devil to do so and the devil came calling. He never made another major film, his name became an industry parriah, and he became something of a joke.

Even the Academy Award winning The Deer Hunter (1978) could not escape the wrath of the critics, who upon revisiting the film, found it unbearably racist, nearly fascist, manipulative, and one that could not decide if it was patriotic or not. Much has been stated about De Niro having more to do with directing the film than was initially believed, but the film was forever coloured by the lies Cimino told about it being based on truth, what he had experienced. What would make him say such stupid things? He must have known the press would dig?

His name is forever synonymous with arrogance, wretched excess, blatant disregard for the studio and failure. Forever. Not likely the legacy he intended. 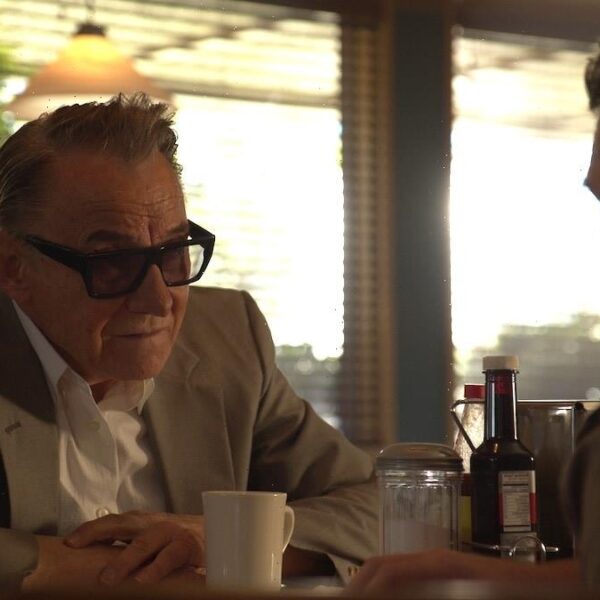 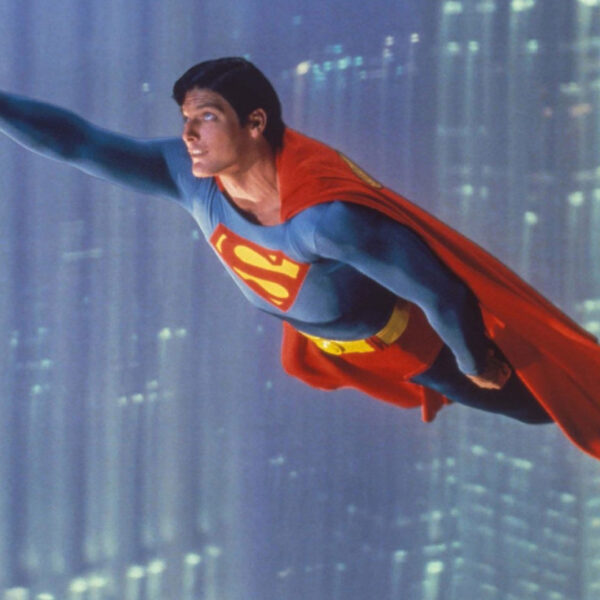