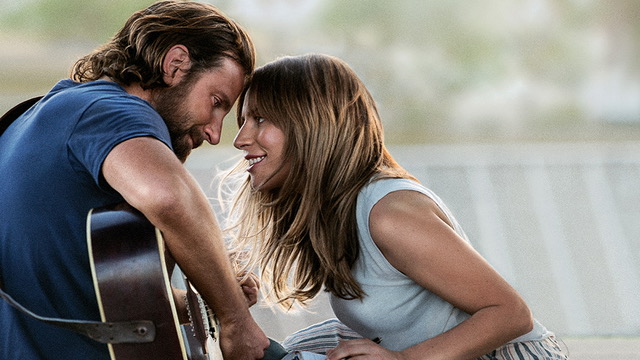 In 1996, the coveted cover to Entertainment Weekly’s Fall Movie Preview went to The Crucible (1996) the highly anticipated, long-awaited film version of Arthur Miller’s astounding play about the Salem Witch Trials, which was written as an allegory to McCarthyism. There had been a French film made of the play in 1959 with Jean Seberg, but no American film had ever been made, shocking, considering the topical issues within the play, and the number of really terrific roles offered to the actors.

Within the body of the article was the quote, “insiders for 20th Century Fox who have seen The Crucible, believe it could be nominated in every category for an Academy Award it is eligible for”.

Speculation was off the charts for the film.

Arthur Miller had written the script, opening the play up into the village of Salem, and the cast included acting titans Daniel Day-Lewis as John Proctor, Winona Ryder as Abigail Williams, Joan Allen as Elizabeth Proctor, and Paul Schofield as Judge Danforth. The director was Nicholas Hytner, best known for his stage work, though he had directed the art-house hit The Madness Of King George (1994).

The Crucible was to be released Christmas Day, meaning, if all went according to plan, I would see it at a press screening in early December. There was some surprise when the film did not play any of the major fall festivals, TIFF and New York especially, but no panic just yet.

I thought it was odd there was just a single press screening, which I attended with four other critics, the number far down from the usual thirty of us. And then…nothing.

The Crucible (1996) was an exceptional adaptation, beautifully acted and directed, but Fox had no clue how to market it. I loved the film, but it slipped under the radar and quietly disappeared. In October it was the hottest film of the season, expected to win the Oscar as Best Picture, eight weeks later it was out of the race.

That was not the first time a heavily favoured film, said to be destined for Oscar glory, slipped out of the race. And it will not be the last.

Quite often there will be a lot of critical love for a film right after the major festivals, only to have a shift when those same critics start second-guessing themselves, asking “was it that good? Really?”

The reasons can be radically different, proving William Goldman’s theory about the Oscars, no one knows anything.

Consider since 1996, the following frontrunners fell apart before the big night.

LA Confidential (1997) had swept the critics’ awards winning Best Picture and Best Director from the LA, NY and National Society Of Film Critics. Yet come Oscar time Titanic (1997) had sailed, and like the iceberg that sank it, that film was bashing the competition. The Academy saw a chance to honour a big, expensive love story made by two studios risking bankruptcy, to quell the onslaught of independent films, and they chose to honour Titanic (1997) with no less than eleven Academy Awards, tying Ben Hur (1959) for record wins.

In 1998, Steven Spielberg’s masterful war epic Saving Private Ryan (1998) was a massive critical and box office success, considered the odds-on Favourite for Best Picture. More than one writer stated was there any sense in nominating five films with this brilliant war epic in the mix? Many thought no. But then in December, Miramax released their frothy comic love story Shakespeare in Love (1998) and the fight started. Miramax poured money into a campaign, and on Oscar night a startled Harrison Ford, presenting Best Picture, read three different words than we all expected, Shakespeare in Love (1998). Now, of course, that raises the question how does the best directed, best shot, best sounding and best-edited film of the year LOSE Best Picture? Saving Private Ryan (1998) won five Academy Awards, including the second Best Director Oscar for Spielberg, but Shakespeare in Love (1998) took home seven, and the coveted Best Picture Award. Deserving? No, I think not, which is better remembered, but again, a great film flamed out.

Through the new century, Gladiator (2000) caught fire and bested Traffic (2000), Chicago (2002) was a huge hit and pushed all contenders aside, Million Dollar Baby (2004) was a late release, but exploded into the forefront of the race, winning the Best Picture, Best Actress (Hilary Swank), Best Supporting Actor (Morgan Freeman) and a second Best Director Oscar for Clint Eastwood. It was a stunning sprint to the finish, as Martin Scorsese’s The Aviator (2004) had long been the frontrunner, but imploded in the last month.

Steven Spielberg’s Munich (2005) was pegged for Best Picture before anyone had seen a single frame. Through the spring, summer, and fall, it held its place as a sure-fire Oscar winner. Munich (2005) was released and as expected was brilliant, but by December it had serious competition from the superb Brokeback Mountain (2005) and King Kong (2005). Then King Kong (2005) was not nominated and Brokeback Mountain (2005) became the favourite. But then on Oscar night, go to YouTube.com and watch the shock on Jack Nicholson’s face when he announced the winner was…Crash (2005)? How did that happen? How does an average, unsubtle film defeat two masterpieces? Especially when one of them had been the frontrunner the better part of the year?

Exploding out of TIFF was Sean Pean’s haunting, altogether brilliant Into the Wild (2007) which stunned audiences with its raw beauty and power. The critics, myself included, predicted a huge Oscar nod haul for the film but, nope. Sean Penn was nominated by the DGA Awards, but his film received a mere two nominations when it was deserving of ten minimum.

One year later came one of the most jaw-dropping snubs of all time. Released in the summer The Dark Night (2008) was the second in a trilogy about Batman, given a realistic edge by director Christopher Nolan. The film was made with stunning, unexpected beauty, the director seeming to hold the hearts of the audience in his firm grasp. Christian Bale was perfect as the Dark Knight of the title, Gary Oldman excellent as Gordon but the film belonged to Heath Ledger as the Joker. Oscar pundits predicted big things for the film, some predicting it could win Best Picture. Nolan had made the comic book and superhero genre art. Come nomination morning the film had a whopping eight nominations but no Best Picture, no Best Director. Was this a case of peeking to soon or bias among the Academy against a certain type of film.

The Hurt Locker (2009) is one of those rare instances that a film released in the summer emerged as the frontrunner and remained there winning Best Picture, and a first, an Oscar-winning female director in Kathryn Bigelow. The film was challenged but by nothing serious enough to Best it.

In 2012, a Best Director snub actually lit a match to fuel Argo (2012) all the way to Best Picture. Well reviewed out of TIFF, by December it no longer had heat, but was expected to earn its director Ben Affleck, a Best Director nod. Hollywood was stunned was neither Affleck or Kathryn Bigelow (Zero Dark Thirty) were nominated despite both receiving Directors Guild Awards Nominations, Which Affleck proceeded to win. The lack of nomination seemed to light a fire in support of Argo (2012) for Best Picture, and a film that was all but dead emerged Best Picture, beating Lincoln (2012).

Should I even discuss La La Land (2016)? Exploding out of TIFF as a huge critically loved film, it was a foregone conclusion for a Best Picture. And then it lost! What happened? Had it peaked too soon? Who knows, but predicting a winner far in advance I think you see is dangerous.

Critics have already predicted A Star is Born will win Best Picture, that Lady Gaga will grab Best Actress, that Christian Bale has Best Actor locked up based on a trailer! Do not bet on any of them. It is too early, way too early to predict a sure-fire winner. There are frontrunners, for sure, but no one has even been nominated yet. The nominations alone can turn everything upside down. Amy Adams was a sure-fire nominee for Arrival (2016) and if nominated she could pull off an upset win. But the nominations are announced, and she is not there? Shockingly! And that could happen again folks, just as easily. Last year Hostiles (2017) was among the finest I saw all year, a dark, magnificent western that I thought would earn nods for Christian Bale and Rosamund Pike. But nothing, not a single nomination. Even the major stars are not immune to this. In The Departed (2006) Jack Nicholson was terrifying as Frank Costello, Boston mob boss loosely based on Whitey Bulgar. Everyone called him for a nomination but he was snubbed. Nicholson!!

I worry for A Star is Born, a genuinely great film that deserves presence among the best of the year. Let’s hope those most deserving make it there. 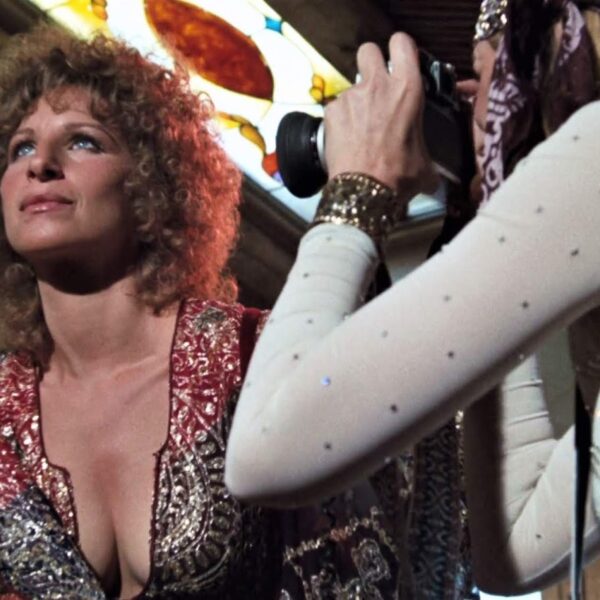 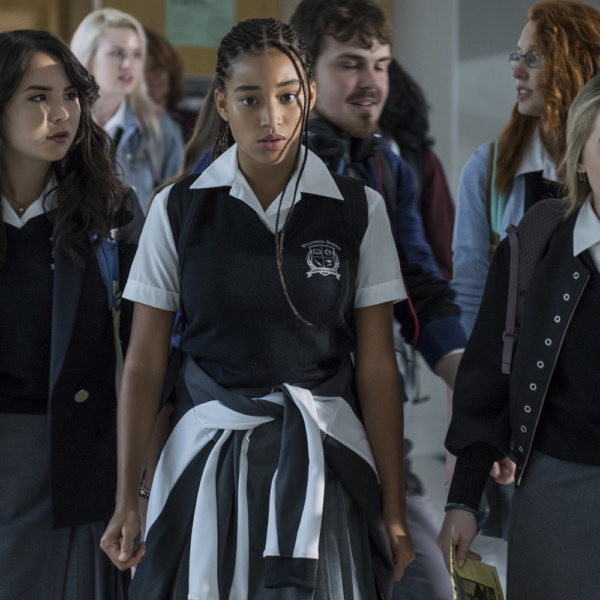