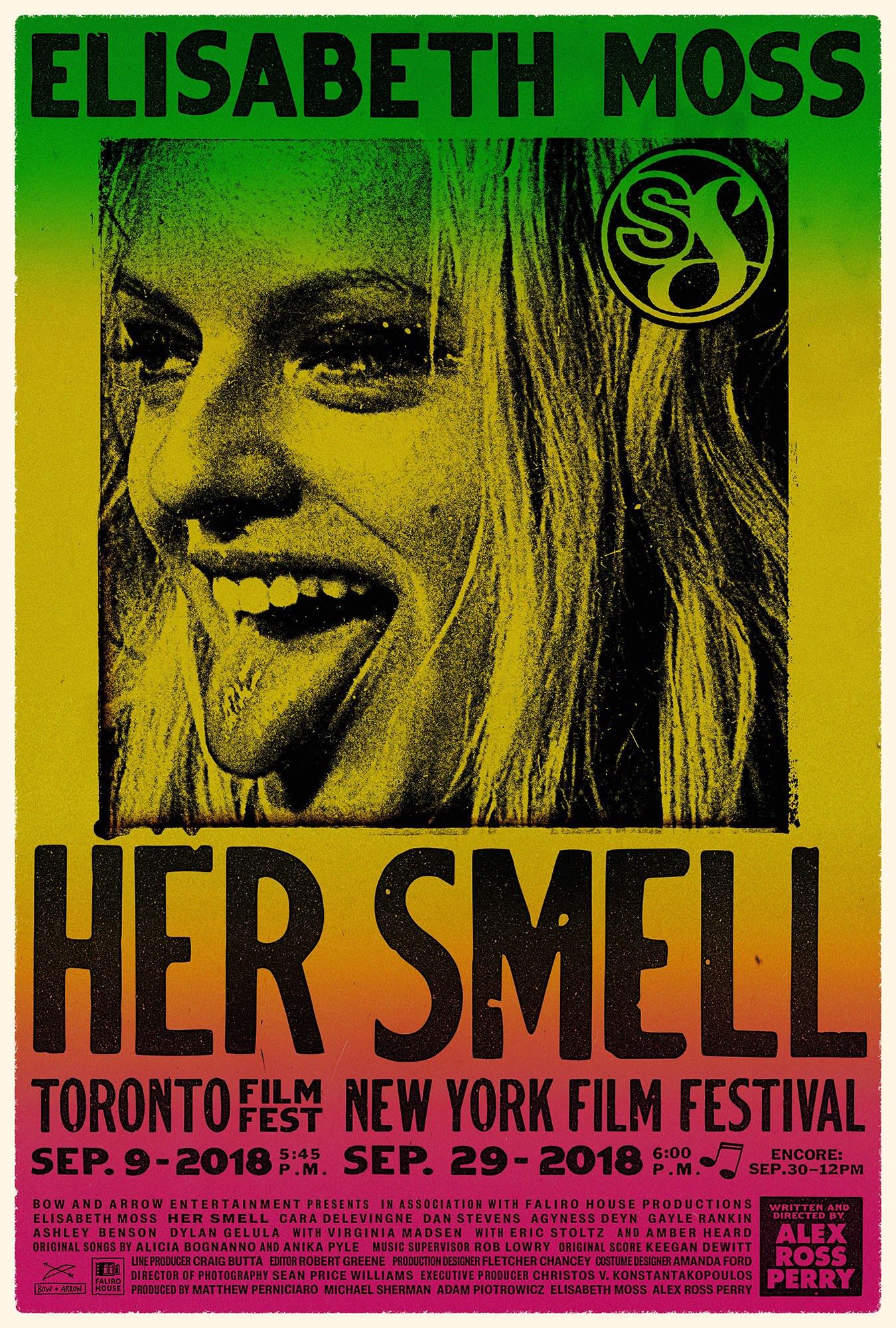 Elisabeth Moss is an actress who has arrived yet still continues to grow and stun with her work. I have been watching her since her days as Zoey Bartlett, daughter of the President on TV’s brilliant The West Wing, through to her sublime work on A Handmaid’s Tale, one of the more remarkable of the series streaming online. She has a magical face, like Streep, which picks up every emotion in an instant, and early; the camera adores her. Without her depth of course, that is nothing, and this lady has the depth, believe me.

Nothing you have ever seen her in will prepare you for the toxic, twisted soul tearing rocker she portrays in this rather harrowing study of a young woman self-destructing before our eyes.

Understand, this is an unpleasant film, difficult to endure, but the performance of Moss elevates it to another level, it is a brave, courageous, fearless performance that tells me she is willing to go as far as she must to find her character, to create, to evolve as an actress. She is a towering talent and continues, if possible, to grow and become stronger. Her performance gets four stars, the film just two.

Her performance here as Becky is transformative, utterly astounding in its ferocious power. A rock star on top of the music industry Becky is like a petulant, spoiled child, fuelled by cocaine and power, she behaves like an indulged toddler who has never been asked to live by the rules. For far too long she has been given everything she demands, and those around her are tired of placating her. When angered she is like an enraged harpy that has swallowed battery acid, her face glowers, her eyes blaze and she is an absolute holy terror. Yet she can be sweet and oh so manipulative when she wants something from someone. The trouble with her character is that she believes and carries on as though the universe revolves around her, which we all know it does not. Responsible for her band’s livelihood, she just does not care, and plays with their career like she is a puppet master.

It is a ferocious, astounding performance, one that you cannot look away from because you know she is going to crash and you want to be there when she does because it is going to be horrific. Moss is a revelation but one of the most challenging characters I have witnessed in a film. Frankly she is repellant, a truly horrible person, but like so many artists is indulged because of her fame.

The film is a twisted backstage look into rock and roll, and if is their old, they can keep it.

Eric Stoltz gives an interesting lived in performance as the manager about to lose it all because of this single girl, and he is done trying with her. That said the film absolutely belongs to Moss.

And that said, as brilliant as she is, and she is remarkable, I hope to never have to endure the film again. I felt dirty when I exited the theatre.

Boldly directed by Alex Ross Perry, who is one to watch.

CAN YOU EVER FORGIVE ME? In the first 10 minutes of the film we learn that writer Lee Israel is without a job, drinks constantly, has no trouble with vulgar language, is three months behind on her rent, lives among an infestation of flies (her own fault), is broke, has been a very successful writer but squandered it away with a definite lack of people skills, and an unwillingness to play the game, meaning book signings and radio shows. She is an angry, dour woman not above stealing, not above lying or deceiving her friends, so it is really no surprise when she finds a deceitful way to make money.

Lee comes across a letter from a dead literary figure and sells it, so she decides to master the signatures of great writers from the past, write fake intimate letters and sell them as authentic. And she makes a lot of money doing it.

Noel Coward, Dorothy Parker, Lillian Hellman are just some of the writers she fakes, and she is rolling in money doing it. But soon the FBI is watching her, her name goes on a no buy list and the walls come closing in.

Based on the true story of Israel, the film offers Melissa McCarthy a chance to break out with her dramatic skills. Best known as a comedic actress, and a very good one, most of her roles since her Oscar nominated turn in Bridesmaids (2011) have been as a fast talking, vulgar, con woman, and though very good, it is wearing thin. Far too often she is the best thing in the films she is in, but the McCarthy schtick is getting old.

This comes at a perfect time for the actress, as she does the best work of her career as the sour Israel, a woman with no friends, an agent who dislikes her and a life she clearly hates. The actress smiles once or twice in the film, usually at the expense of another character, and she has little use for humanity, which must have helped fuel what she was doing. She knew it was wrong, and was a writer I cannot imagine her even thinking it was OK to be doing this, but she kept on. McCarthy creates a deceitful, sneaky, dishonest character from the very beginning of the film, and takes us on her journey. We understand why, but at some point her deception became an obsession, she was addicted to the rush of fooling experts.

McCarthy leaps into the race for Best Actress with this performance, and she is well liked enough to be a serious threat.

Equally fine in the film is her new friend, the hopeless alcoholic, gay, homeless, showboat Jack Hawk (Richard E. Grant) in a lovely, warm, hilarious performance. They connect because they are both outsiders who do not conform, though Jack’s erratic behaviour does not help him stay among the elite in the literary world of New York. Grant is terrific and should be a leading contender for supporting actor, his rascally drunk is furiously charming.

The film should be a solid Best Picture contender, but McCarthy will get the lion’s share of attention, as she should. She captures beautifully a lonely, sad woman who knows deep down she is her own worst enemy. But she fears it is too late to change.

Her criminal activity forced that change. My biggest disappointment of the festival was this western, based on the book which I loved. I was pumped for this, thrilled they had made a film out of book I had so admired, excited to see Joaquin Phoenix and John C. Reilly as the deadly bounty hunters in the old west of 1851.

Charlie (Phoenix) and Eli (Reilly) are bounty hunters and collectors for the Commodore (Rutger Hauer) whom we see but never hear speak. A man has betrayed their boss and they are sent on his tail after the previous bounty hunter failed to report back. Jack Morris (Jake Gyllenhall) is a well-spoken dandy who after speaking with Kermit (Riz Ahmed) has decided to throw in with the dark skinned chemist after learning of his formula for finding gold in the streams of the California Hills.

The film opens with the Sisters brothers announcing their arrival and proceeding to attack whoever is in the old house they are blasting at. They learn after killing everyone that Kermit was not among them.
The brothers could not be more different, Eli is more thoughtful, protective of his brother while Charlie is a wild man, has always been violent and, make no mistake, is the more dangerous of the two. He has a plan to become the Commodore and nothing is going to stop him. Except when they finally catch up with Kermit he convinces them of his scheme to collect enough gold to make them all rich, and shows them just how he does it. He dumps a chemical solution into a pool of dammed water and gradually the gold nuggets on the bottom are illuminated. They must be quick in gathering because the chemical makes the water dangerous, it becomes acid like and burns. Greedy, Charlie wants more and dumps the entire vat of chemical into the water making it lethal. Morris and Kermit suffer severe burns and die, while Charlie and Eli are left badly hurt, and the Commodore’s men are closing in, this time for them.
The acting if fine, to a point. I grew tired of the Phoenix performance, all cocky attitude and gunplay. More of why the brothers were together was needed, the connection they shared. Reilly is up for it, but the screenplay and director fail him.

Gyllenhall is very good, as Morris, a clipped English speaking man, educated but still willing to kill for money. The best performance in the film is Ahmed as the gentle little chemist who really seeks a friend and partner. With his huge soulful eyes, he is a decent, gentle man who understands there is far too much gold in the water for all of them.

The film lacks the edge of most westerns, that sense of danger. Directed by French filmmaker Jacques Audiard, perhaps portraying the American best on film should be left to the Americans, it is in their blood. The film reminded me of the seventies film The Missouri Breaks (1976) with no less than Jack Nicholson and Marlon Brando in the lead roles, directed by Arthur Penn. It was beautiful to look at and had two great actors, but there was not much interesting going on.

NOMINATIONS THAT WILL MAKE ME VERY HAPPY 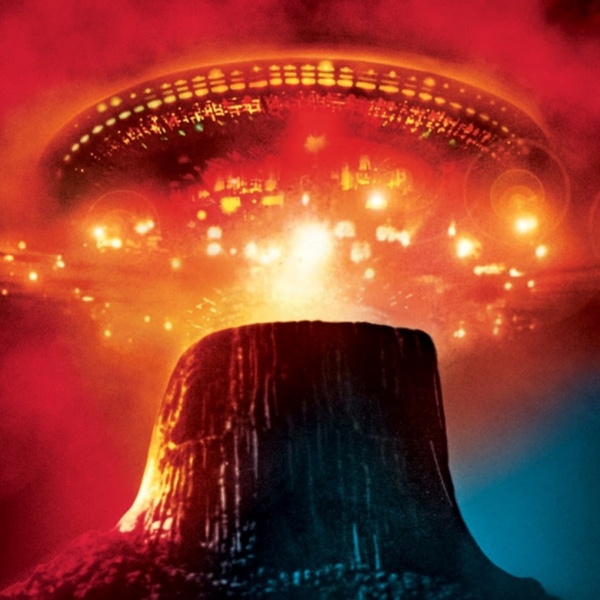 THE GREATEST AMERICAN FILMS OF THE SEVENTIES: #14