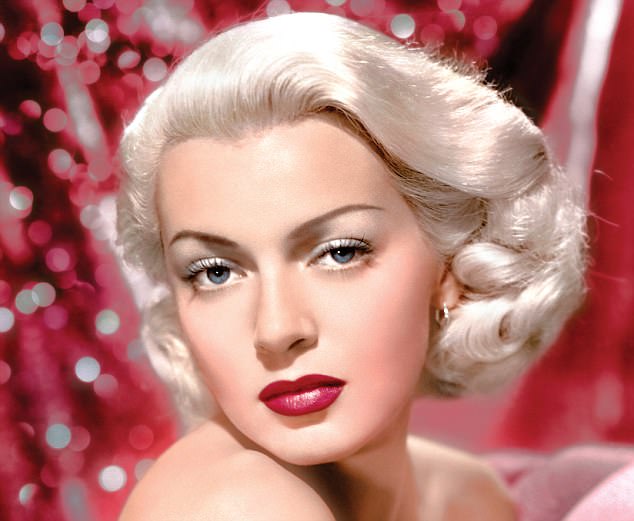 Sometimes you hear a name and it just sounds like the perfect movie star name – a little unusual, slightly exotic, and just vaguely unreal. Marilyn Monroe, Marlon Brando, Ava Gardner, Errol Flynn – perfect names that without effort automatically elevate the individual in the eyes of moviegoers and the general public simply because of how they sound and how they look on the marquee or in the opening credits. The magic happens when the person behind the name turns out to be someone genuinely interesting on the screen – not always a great actor or actress, but a bonafide screen presence who lives up to his or her handle. Lana Turner is one of those names and one of those people.

You’d be hard pressed to find many who would support the thesis that Turner was one of the great film actresses of the forties through the sixties, but there is a case to be made that Turner was one of the best examples of the elusive term “move star” of that era. Onscreen she was attractive but not unattainable, a slightly mechanical actress who could really deliver under a good director, and just the right combination of trash and class to keep everyone guessing as to how whatever character she was playing would end up.

Offscreen, Turner epitomized what many felt was the undisciplined underside of Hollywood – multiple marriages, illicit affairs, suicide attempts, alcoholism, associations with the underworld and, to top it all off, murder. It was all sensational fodder for the era’s movie magazines and, as long as she made money for the studios, there weren’t many repercussions. Even following her daughter’s trial for the murder of Turner’s mobster boyfriend – when everyone expected her career to be toast – she had her biggest hit to date with Imitation of Life (1959).

Today Turner is not really spoken off or written about in the same way her contemporaries are and I think that’s primarily due to the quality of her films – very few are classics in the same league as those of Katharine Hepburn, Bette Davis and Elizabeth Taylor. Turner made some good movies and a few excellent ones, but more often than not she was usually the most interesting thing in a routine movie.

These are her best performances and, as you can see by the titles, there are very few classics on the list: This is probably the best film in MGM’s Hardy family series, presenting an idealized portrait of middle class America where all problems are resolved by the final credits, lessons dutifully learned and everything is tied up with a perfect bow. This one’s about Andy Hardy (Mickey Rooney) getting a date (Lana Turner) for the Christmas dance. There’s also a family illness that calls Mother Hardy away and a new visitor next door (Judy Garland). Although Garland makes a much bigger impression (she’s charming and has a couple of nice songs), Turner also makes a nice impression as Andy’s superficial date.  She’s very relaxed, quite pretty and very funny as she wraps Andy around her little finger. An exercise in pure camp – glamourous older women, young guys, Acapulco at its sixties peak as a tourist destination, murder and sex. The film opens with a corpse washing up on the beach. It turns out to be the former lover of Turner and a friend of her husband (Cliff Robertson). Stephanie Powers shows up as the dead man’s girlfriend and she starts an affair with Robertson. Turner is also playing around with hunky beach bum Hugh O’Brian and a local bullfighter. Of course it all ends badly. This is a good example of Turner trying to make the best out of sub-par material and almost succeeding. As Turner aged there was a certain toughness that started to show and that really works for her here. She also gets to wear some outrageous and expensive mid-sixties couture courtesy of Edith Head. This one is an old-fashioned story about a mother’s sacrifice for her son and was filmed many times before producer Ross Hunter gave it his glossy signature. Films and public tastes were changing in 1966 and this film feels hopelessly out of step. Turner’s character starts out as the wife of a high-powered politician (John Forsyth) with a young son, stumbles into an affair with a rich bachelor (Ricardo Montalban) who dies accidentally. In order not to be implicated in his death she’s advised by her mother-in-law to leave and start a new life, whereby she ends up being a blackmailed prostitute and on trial for another murder – where she is defended by the son she abandoned. Not for a second is any of it remotely believable, but Turner gives it her all and she’s fascinating to watch. She looks too old in the beginning, not old enough at the end, but it doesn’t matter. She plays it like it’s Shakespeare and it’s her last chance for an Oscar. A nice pairing with Spencer Tracy, this is the story of a small town judge of a certain class who falls for a working girl. They get married, some problems crop up, she gets bored and has an affair with one of the judge’s friends, but eventually things work out. It’s not much of a plot but it’s based on a Sinclair Lewis novel and it’s meant to be an insight into marriage, trust and love. What I like about Turner’s work here is that she’s playing a relatively normal character and she’s does it quite nicely. There’s nothing really glamourous or forbidding about her and Turner is quite sweet working through the contrivances of the script. She also works well with Tracy, although he is considerably older and looks it. One of the many film versions of the classic Dumas’ novel and it’s definitely the most sumptuous. It’s given the full MGM treatment – gorgeous color photography, storybook sets, beautiful costumes and a stellar cast that includes Gene Kelly, Vincent Price, June Allyson, Angela Lansbury, Van Heflin, Frank Morgan and Lana Turner. Surprisingly it’s Turner who walks away with the movie. She’s perfect as the evil Milady de Winter – beautiful, cold, calculating – all things within Turner’s range. She even gets you to feel a little sorry for her as she’s lead to her execution. This was a big one for Turner, coming after a few years of lacklustre films where you could see she was bored, miscast – or both. It’s based on the popular and, for the time, shocking novel about life in a small New England town. It’s set in the early forties but feels very much like the Eisenhower fifties. The town is all picture perfect on the surface, but barely hiding the more interesting things going on behind closed doors – adultery, single parenthood, abuse, teenage sex, alcoholism, murder. It’s all there amidst the most beautiful images of New England. This isn’t a great film, but it’s entertaining and Turner is very good as the secretive mother of a teenage daughter who aspires to leave Peyton Place to be a writer. Turner had a tendency to be overly emotional onscreen, but this time she plays everything closed and uptight and it makes her more interesting. She got her only Oscar nomination for Peyton Place, but didn’t win. One of director Douglas Sirk’s best films and a classic of his melodramatic style highlighting class and racial inequities in the fifties. It’s the story of two single mothers and their daughters – one white (Lana Turner and Sandra Dee) and one black (Juanita Moore and Susan Kohner). Turner and Dee struggle with estrangement when Turner’s character becomes a successful stage actress. Moore and Kohner’s story is more serious as Kohner struggles with her African-American identity. All four of the principles are good and Turner is at her movie star best here – glamorous, emotional, self-centred. But ultimately the film belongs to Moore and Kohner – theirs is the more interesting story and both actresses are excellent. This is the best performance from the early phase of Turner’s career. It’s a big, over produced MGM musical about three young women who become chorus girls in the Ziegfeld Follies, a Broadway staple in the early part of the last century. Judy Garland is the most talented of the trio, Hedy Lamarr is the most glamorous and Lana Turner is the most tragic – a simple girl from Brooklyn who enjoys the lifestyle of Broadway a little too much. James Stewart is also in the cast as Turner’s boyfriend. The plot is pure hokum, but it’s very watchable and Turner is outstanding as the girl who flits from guy to guy, drinking too much and making a series of bad decisions you know aren’t going to allow for a happy ending. This is one of the great film noirs of the forties and a surprisingly gritty production from MGM. Directed by Tay Garnett, it’s the story of a couple (Turner and Cecil Kellaway) who own a roadside diner and the drifter (John Garfield) who begins an affair with Turner’s character after he starts working for them. It soon turns to murder and there are some nice twists along the way. This is one of Garfield’s best performances and he’s excellent as the smitten object of Turner’s wiles. This was a major step forward for Turner. She’s beautifully photographed – a stunner in her all white wardrobe, she’s incredibly alluring. The role also allows Turner to excel at both the kittenish and duplicitous aspects of the character and she nails her superficiality perfectly. I think this is one of the best movies about the movies ever made. It’s funny, cynical, a little trashy and it feels very accurate despite (or maybe because of) a tendency toward melodrama. Director Vincente Minnelli does a great job in telling the rise and fall of a heartless producer (Kirk Douglas) from three different angles – the jilted star (Turner), a cheated director (Barry Sullivan) and a betrayed writer (Dick Powell). It’s a nicely structured film and script with Douglas doing superb work as the producer. Other cast members are strong, but this is Turner’s movie. It’s an over the top, emotional performance where she plays a character very close to herself – a limited actress with a talent for picking the wrong guy. Minnelli clearly had a way with Turner. With his help she creates a real and believable character and her climactic breakdown scene, although it’s way beyond hysterical, is pretty spectacular as well as exhausting. This is the one film and performance that should have carried Turner to Oscar glory. 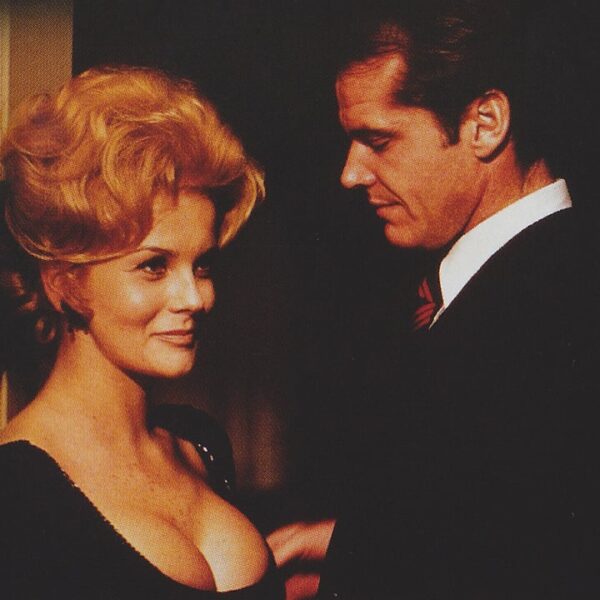 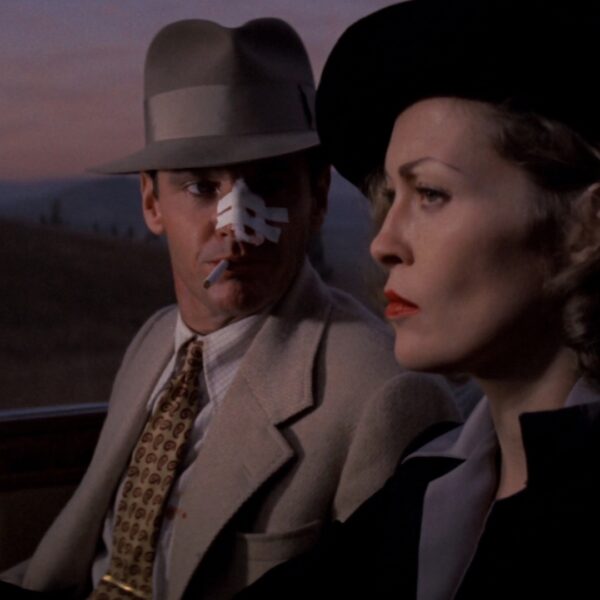