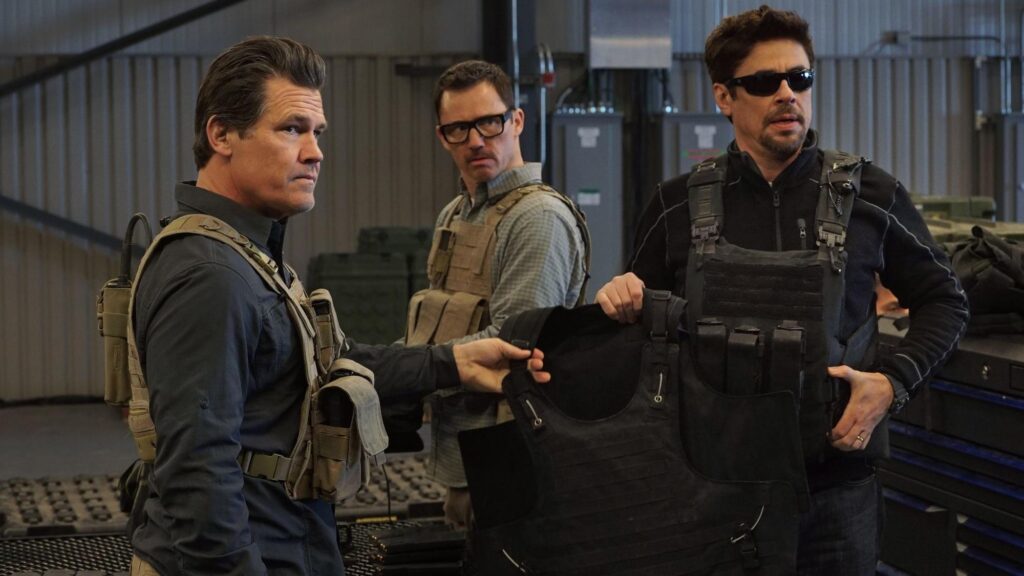 This might be the biggest surprise of the summer, that this sequel to the superb Sicario (2015) is as good as it is. The previous film, directed by Denis Villeneuve was a superb study of drug trafficking across the Mexican border, where US agents routinely encounter major Mexican cartels and their leaders. If there was a single complaint about the film it was the dreary performance of Emily Blunt as the lone female agent in the mix.

One scene from Sicario (2015) seared itself into my mind and I have never been able to shake it. In an isolated villa, far from the troubles and border, Alejandro kills the guards surrounding the place, and quietly walks in, interrupting a family dinner as the drug lord sits with his wife and two boys. Armed with a weapon, Alejandro goes to the opposite end of the head of the table and sits, discussing “business” with the father in English so the others will not understand. The drug lord is defiant, proud, refusing to yield, even when Alejandro brings up his own murdered daughter. The conversation over, he tells the drug lord “Time to meet God” and ruthlessly fires a bullet into the wife and each child, allowing the father to take it in and finish his meal. Stunned, the father does not know what to do, never imagining this could happen to him. His thoughts do last long as Alejandro fires a bullet into his brain, ending him. Like battery acid the scene hit me, staggering me back, making me realize the extremities of the situation in Mexico.

The sequel is timely, perhaps too much so in its dealing with human trafficking, bringing illegals across the border. It is as if they tore the idea from the headlines and the Trump White House, and the screenwriter, the fast rising Taylor Sheridan deals with the issue with brutal, scalding honesty. Sheridan wrote the first Sicario (2015), Hell and High Water (2016) and both directed and wrote the exceptional Wind River (2017). To say he is on the rise is an understatement, he has arrived.

Tense, very tough and fiercely honest in its portrayal of the men and women responsible for bringing illegals into this country regardless of their background, the film has a frankness few films possess. It goes deeper than Sicario, allowing the characters portrayed by the great Benecio Del Toro and Josh Brolin to be fleshed out, to be more humane than they appeared in the first film.

CIA Agenet Graver (Brolin) once again has the permission from the highest offices in the land to hunt and terminate those who control the illegals coming into the United States. Believing he is eliminating a national security threat he is obsessed with his job and the inherent power that comes with it. In this film, power is the narcotic, and a dangerous drug it is. With Alejandro (Del Toro), the mysterious, quietly intense operative who avenged his murdered daughter and family in the previous film, they begin their quest after being told that the president had added drug cartel leaders to the list of terrorist organizations. Graver comes up with the idea to kidnap the twelve year old daughter of one of the most dangerous cartel leaders and let him think it was another cartel, thereby getting the cartels to do the dirty work of the CIA and wipe out each other. However when the plan goes awry, it is left to Alejandro to protect the kidnapped girl and somehow keep the heat off the Americans.

There is a softer side to Alejandro this time, though still lethal, he is not merely the  single mindedly killing machine he was in the first film. This time we see a human side to him, a protector, perhaps seeing in the child his own massacred daughter, a pawn in this world by no doing of her own. Sheridan ties the film close to John Fords’ The Searchers (1956) but you have to know that film and understand the history of cinema to see how. Trust me it is there.

Del Toro is as always terrific in the film, and Josh Brolin does superior work to the first film as well. It is as though they got to spend more time with the characters and allowed the humanity of each to move through them. Their performances give the film great heart, allowing it to me more than just a modern day western action film. It is about something, which in these lean summer months is a thrill.

The best performance in the film, as good as Del Toro might be, comes from young Isabela Moner as the kidnapped child. She seems aware of what has happened and why, and certainly aware of what her father does and the kind of man he is. The fierce manner in which Alejandro protects her is not lost on the child, she is smarter than most of the characters in the film. There are strong supporting performances from the criminally under appreciated Shea Wingham and Matthew Modine, with some excellent work from the exceptional Catherine Keener.

Stefano Sollima directs the film with brash confidence, as though he was responsible for both this and the first film. Fearlessly he plunges us in to this world and just as fearlessly he displays to us what makes it horrible and terrifying. He might have explored in greater depth the victims in the border nightmare, but it is still nonetheless great filmmaking. 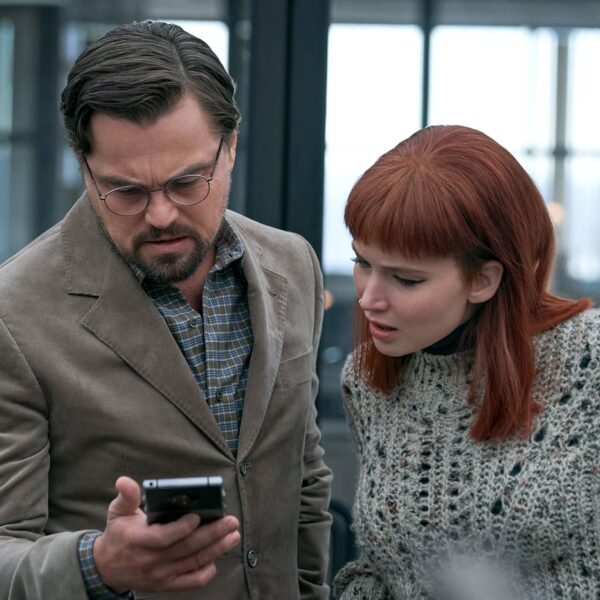 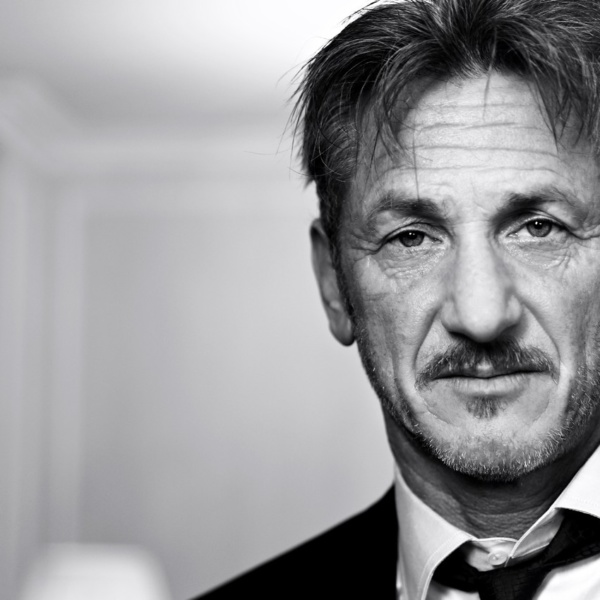