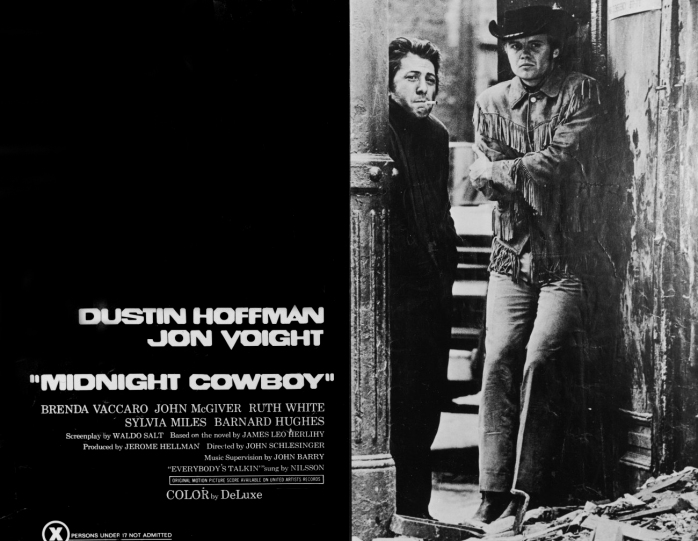 “Everybody’s talking at me, I don’t hear a word they’re sayin’,
only in the echoes of my mind.”

It seems inconceivable to me that Midnight Cowboy (1969) celebrates its 50th anniversary this year. The film is a time capsule film of what New York City was in the sixties, about America in the sixties and has lost none of its extraordinary power. Amidst the filth, the grime, the crime, the film is about two lost souls who befriend one another in a city where no one cares about them. It is about finding someone who cares about you when no one else does.

In many ways, it is a love story, though neither Joe or Ratso are gay.

The true hallmark of a great film is that it defies time, the passing of the years has had no real impact on this American masterpiece. It’s director, British filmmaker John Schlesinger saw New York with clear, pristine eyes but more important was his absolute lack of judgment.

One of the greatest films of the New American Cinema movement, Midnight Cowboy would stun Hollywood by winning the Academy Award for Best Picture and Best Director. Rated X in 1969, the film dealt openly with sexuality, homosexuality, prostitution, intense poverty, rape, used snippets of nudity, but today the film would be PG, and no where near even an R. As the counter culture movement swept through America, the arts responded, though film was the last to change. Yet when it did, it quickly made a staggering impact with Bonnie and Clyde (1967), The Graduate (1967), In Cold Blood (1967), In the Heat of the Night (1967), 2001: A Space Odyssey (1968), Easy Rider (1969) And They Shoot Horses Don’t They? (1969) all challenging the boundaries of conventional cinema. Each was in its own way, brilliant, and holds a place in the annals of film history.

Midnight Cowboy (1969) was a powerful film about life in late sixties New York, gritty and searing in its raw, visceral power. Perhaps the smartest move the producers made was seeking out a British director to helm the film, believing an American Director would focus on what is known about New York, and they felt a fresh look might give the city a fresh look on film. John Schlesinger was the perfect choice, as he took to the streets with handheld camera and tracks and dollies and shot his film. He shot in areas we did not know well, but then would go into Times Square at night to give us an insight we had not ever seen before. One of the characters encounters a man laying on the sidewalk as passers by carry on past, oblivious to whether the man is alive or dead. Another actor, Dustin Hoffman was nearly hit by a cab which burst through the intersection, inches from slamming into the actor who, not breaking character, slammed on the hood of the cab and began screaming, “Hey…I’m walking here!”

Hoffman was cast as Rico Rizzo, known on the street as Ratso, an untrustworthy pickpocket struggling with tuberculosis. Jon Voight made his leading debut as Joe Buck, a naive, wide eyed Texan who comes to New York hoping to service rich women with his apparent endowment. Instead he finds a city with no mercy, eventually reducing him to the street. Ratso cheats him, but then takes him into the condemned building where he has been squatting. Sick, racked with disease, Ratso dreams of Florida, believing fresh orange juice and the warm rays of the Miami sun will help him be well. It becomes their goal to get there, Ratso becoming Joe’s manager, all ending in disaster.

The film is bleak, yet its honesty is startling and the connection between the two men becomes very sweet, not unlike George and Lenny in Of Mice and Men, by Steinbeck.

Hoffman is astonishing as the disease ravaged Ratso, who looks like lice live on him, unwashed, greasy, sizing up everyone he knows to think of a way to rob them. Hoffman’s genius in the role is finding a way to make us care about him. Ratso had a family, was a son, his father was a shoe shine man, and he vowed never to be one. It earned the gifted actor his second Academy Award nomination and remains one of the great performances in American film.

Voight as Joe Buck was a revelation, his huge saucer eyes conveying his emotions throughout the film. Initially excited about being in the big city, he becomes despairing about how people treat each other, how they treat him. The look of disbelief on his face when he sees a man laying on the street is shocking, he just cannot believe the disinterest. Watch the look on his face as he allows a terrified young man to perform oral sex on him in a sleazy 42nd street cinema, revulsion, nearly in tears, but he needs the money. Voight too was nominated for an Oscar as Best Actor and won the coveted New York Film Critics Award as Best Actor.

Great actors risking their careers with brave, fearless acting that elevated them to the top of the heap of American actors.

The Blu Ray is superbly restored, each image pristine and clean. There are several documentaries on the disc including a making of featurette and interviews with Hoffman, Voight and Schlesinger. 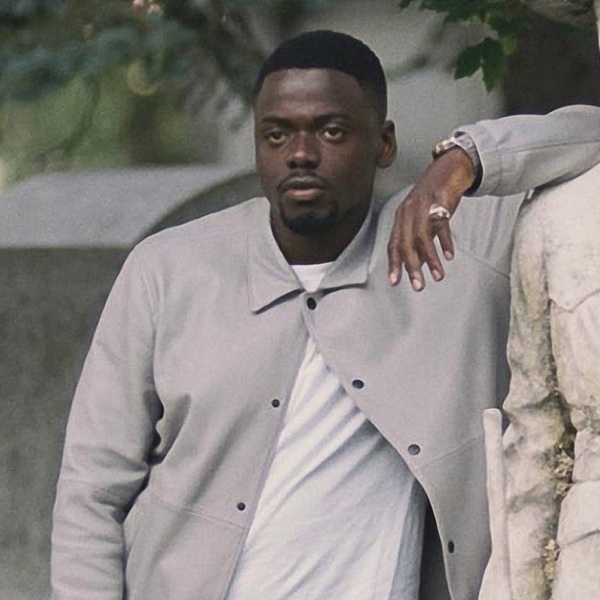 Where is the Oscar Buzz for Daniel Kaluuya?