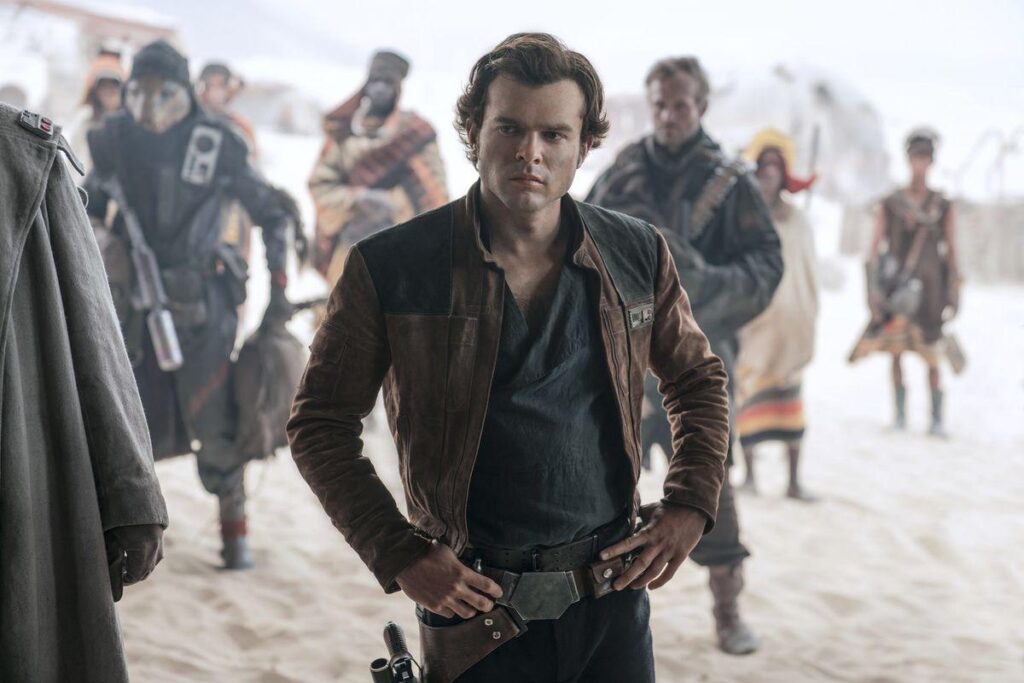 John, New Releases, Reviews on June 18, 2018
Let me be clear…I hated this movie. Hated it. With the exception of a couple of fine performances it is an insane mess of a film from beginning to end. I hated it.
Harrison Ford IS Han Solo. It is ridiculous to suggest anyone else could do the role, and do justice to what he did with it. Yet in this age of reboots and remakes it seems nothing is sacred anymore. How long before these idiots remake The Godfather (1972)? But to Disney, it does not matter, cinematic legacy means little because they see a cash cow and are going to milk it until it is dry, eventually destroying the franchise they so coveted. They have began that descent with this horribly executed film.
There is one actor with the right amount of cockiness and sardonic, wry humour, who could portray younger versions of both Han Solo and Indiana Jones. Just one.
Chris Pratt. The young actor possesses the likability of Ford along his badass attitude. People forget Indiana Jones killed a lot of people, how do you do that and still win the love of the audience? You cast the right actor, which was Harrison Ford, and the only actor I see portraying his younger self is Pratt.
When Disney bought Lucasfilm, thereby acquiring the Star Wars franchise, I shuddered because it was the perfect coming together of two intensely greedy entities. On one hand we have Disney, the greediest of all movie studios, releasing and re-releasing films to new generations of children, merchandising all their films to ridiculous aspects. Walk into a Toys R Us at Christmas and you will see rows upon rows of Disney “stuff”. Then we have George Lucas, who from the beginning of his career sought independence from the Hollywood studios and got it with his Star Wars franchise. He cut a deal to own all merchandising for the first film, which made him obscenely wealthy. He never again had to ask a studio to fund a film, he did it himself, and raked in as much as 95% of the profits, using Fox Studios for distribution only. Lucas was already a billionaire when Disney bought his company, and now is one several times over.
When Disney acquired Lucasfilm, and all their holdings they stated right away that rebooting the Star Wars franchise was part of their plan. Star Wars: The Force Awakens (2015) and Star Wars: The Last Jedi (2017) we’re both pretty decent films which continued the saga Lucas had begun. Good films, not great. Killing off Han Solo drew gasps from the audiences but was part of Harrison Ford’s contract, so going in they knew he was out. Sssooo, go backwards, let’s have the adventures of young Han Solo.
The problem is, well begins with continuity. Ford is over six feet tall, wears a grin or scowl and his very presence screams hero. Sardonic wry hero, but a hero for a new age.
Alden Ehrenreich, well, does not. At all.  Oh he was mildly funny as the singing cowboy trying out his dramatic chops to no avail, in Hail Caesar (2016) but he is not hero material. To begin, without being petty, he is a good eight inches shorter than Ford, does not have that devil may care attitude, or the ruthlessness of Solo. Given the movie is sold on his performance, its beginning is a slow death.
Donald Glover gives a star making performance as a young Lando Calrissian, he sends star quality right down into the back row of the theatre. Watching him, I found myself wishing it were his movie, that he was the lead because as smooth talking crook Lando, he was terrific and we believe this guy could grow to be Billy Dee Williams.
The story is about Han Solo’s becoming an outlaw in space, rejected by the empire, unwanted by the rebellion, what else can he do but become a smuggler and a good one, in this galaxy, once upon a time, a long, long time ago? One of those beginning stories, it is a sprawling film that goes nowhere.
Woody Harrelson has some interesting moments as Tobias who teaches Solo to trust no one, but Emelia Clarke, Kahleesi on Game of Thrones is given very little to do in her part.
Ron Howard directs but with little inspiration, clearly he took over the film as a favour to Lucasfilm and Disney. Howard has made big epics before, Apollo 13 (1995) his finest work, but is clearly out of his element here. It begins with the story and it just is not here.
Finally, Alden Enrenreich. Poor guy, to be compared to Harrison Ford. A great actor, an actor who has evolved through his career, Ford just got better as he worked. There is something “actorly” about his showy part in American Grafitti (1973) but by the time he made The Empire Strikes Back (1980) he had figured out film acting. Nominated for an Oscar just once, in Witness (1985), he deserved nominations for The Mosquito Coast (1986) and Presumed Innocent (1990) and for supporting in 42 (2013). As Han Solo and Indiana Jones he is iconic, simply iconic. As Han Solo, Enrenreich is a bore, a dud, unmemorable, space junk.
What did they expect? 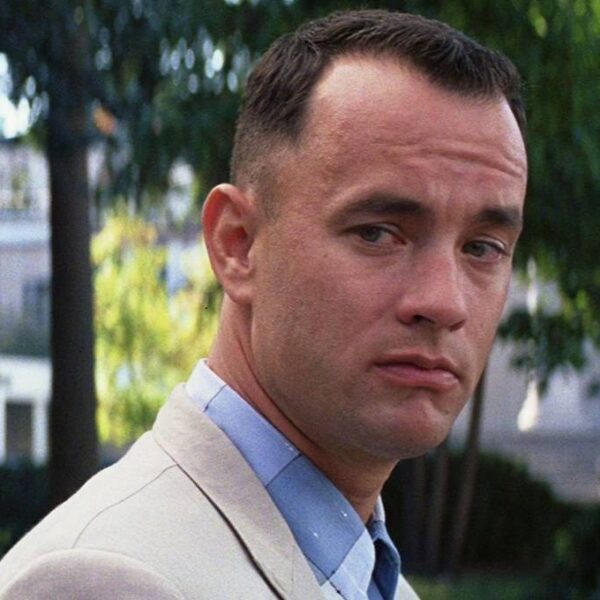 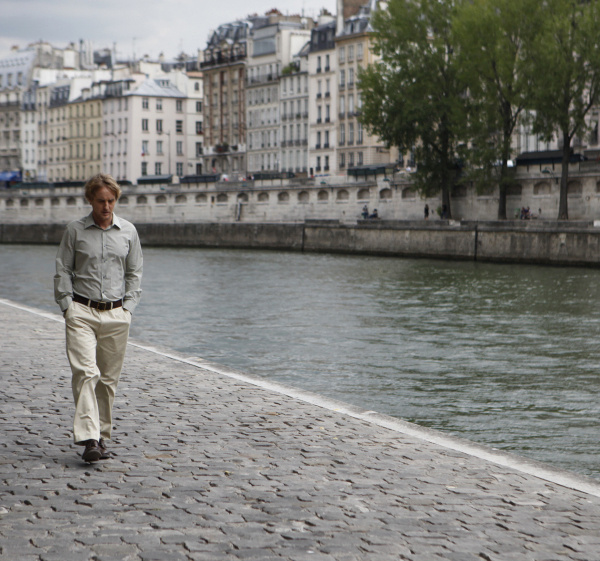