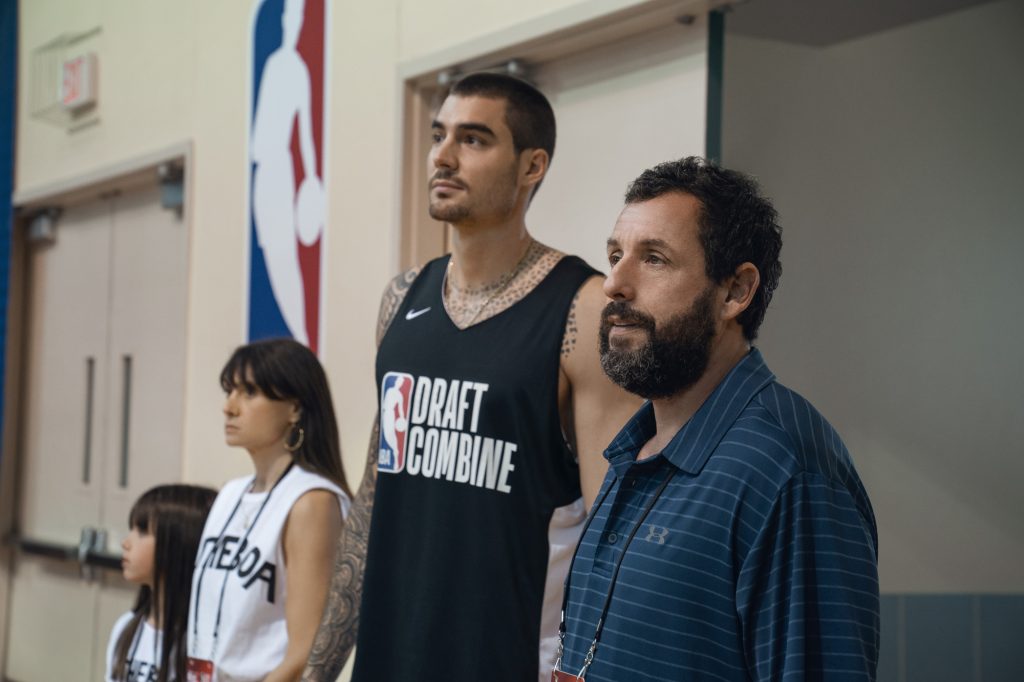 I was most certainly not a fan of early Sandler’s juvenile, stupid and dumbass movies, they did nothing for me except annoy me and populate the tops of my annual 10 Worst Films of the Year lists. But there was real promise from him in The Wedding Singer (1994) and then he worked with a master director, Paul Thomas Anderson, as the male lead in Punch Drunk Love (2002). You could feel his career changing at that point, he had become an actor and in the right role a very good one. He followed that with Spanglish (2005) a solid comedy-drama about a marriage in trouble, and a gifted chef’s troubled family life. Sandler was very good as the celebrity chef trying to figure out his batshit crazy wife, and his attraction to their maid.

Reign Over Me (2007) was flat out astounding, and he was astonishing in it. As Charlie, husband and father to a family killed in 9/11, he is severely depressed and in deep shock.  He just cannot shake it, and it is not for lack of trying. He does not want to be like this, but he is, and there is little he can do about it. When an old friend sees him and rekindles their friendship, Charlie slowly comes back to the world and is able to mourn his family. The film was superb, an excellent study of post traumatic stress disorder, and Sandler was miraculous in the picture. Sadly, 2007 was an uncommonly great year in film, and there were many great performances competing for Oscar nominations.

Like the great comedic actors, Chaplin especially, Sandler is possessed of a real sadness in his work, you just have to see it and be ready to accept it.

Also displaying his gifts as an actor was Funny People (2009) in which he portrayed a wealthy movie star struggling with his career and needing new material. Thinking he is dying of leukemia he reaches out to his former lady love and with his new assistant, they go to visit her. Sandler was terrific in the film, and so was Seth Rogen, but it was clearly Sandler’s film. That sadness I spoke of previously was never more evident in his work than in this movie.

Ten years before a film worth of talking about, and Uncut Gems (2019) stunned critics with the genius of Sandler’s performance. It felt for all the world like early De Niro and Pacino, loaded with intensity and an energy not seen from the actor before. yet this character was dark, a degenerate gambler placing his family, and his own life at risk. Jittery, his eyes never still, his mind always at work scheming, it was a startling, superb performance that deserved to win the Academy Award for Best Actor, but the Academy did not even nominate the man, a shameful happening.

He did win the Independent Spirit Award for Best Actor, a hugely popular choice and the National Board of Review for Best Actor, so critics noticed! Darkly electrifying, I could not take my eyes off him.

In Hustle, Sandler again is superb, but a very different character is portrayed here. Set in the world of pro basketball, Sandler portrays a scout who scours the world for the next big thing in basketball, that game changing player who will alter a team’s future. Now, straight up I am not a basketball guy, I prefer ice hockey. But that did not prevent me from appreciating the film and most of all Sandler’s performance.

Directed by Jeremiah Zaglar, the film is a feel-good Cinderella sports film set in Philadelphia, which just happens to the home of one Rocky Balboa, the most famous rags to riches sports story ever made.

Sandler is Stanley Sugarman, a well-liked scout for the Philadelphia 76ers, who travels the world scouring for the next big thing in the sport, untapped and unknown talent, the kind that could transform a team into a dynasty. Stan is at the point in his career when he is seeing the end, maybe ten years down the road and is unhappy he is still not a coach or realized his dream of being a head coach. He is much admired and respected within the league for his eye for talent, especially by the elderly owner of the 76ers, Rex Merrick (Robert Duvall) who one night promotes Stan to Assistant Coach and presents him with an office. But that very evening Rex dies, leaving the team to his officious little prick of a son Vince (Ben Foster) who strips Stan of the new position and sends him back on the road.

Once again, before even tasting his new job, Stan is staying in five-star hotels and eating fast food and room service, all on the team’s dime but keeping him thousands of miles from his wife Teresa (Queen Latifah) and his daughter, Alex (Jordan Hill). He sadly reminds Vince as he is sent back out on the road that he has missed all nine of his daughter’s last nine birthdays. Typical of Vince’s character, he could care less.

In Spain, Stan finds what he is looking for, a rough and tumble street player, Bo Cruz (Jauncho Hernangomez) a towering player Stan believes has the goods to make the NBA and make a difference to his team. Sure, he is raw, but the talent is there, he just needs the obsession the great players have. On his own dime this time he brings Bo back to the States and begins training him. Vince is not initially impressed by what he sees, and Teresa is more than a bit bothered that they are paying the bills for this giant. Beyond the expense of the hotels, he orders a $30 steak and takes a single bite out of it, the food bills rack up.

But Stan believes in his boy, his gut tells him there is something glorious here, and he is going to see it to the end.

He is not disappointed, and he manages to rub it right in the face of that smug Vince, who deserves exactly what he gets.

Though the film is a tried and true genre film, and we have seen this sort of movie a hundred times, Sandler makes it work. His Stanley is obsessed with the sport, and the love of that sport shines through in the performance. Like Jack Nicholson, Adam Sandler loves basketball, regularly sitting courtside at games in L.A. That deep love for the game shines through into his performance here, bringing a greater truth to the character of Stan than otherwise might not have been possible. Watch the looks on Stan’s face as he first sees the talents of Bo, and gradually the greater talent emerging under intense coaching.

The late Mr. Merrick believed in Stan for the right reasons, and his discovery of Bo proves he was right to do so. Always go with your gut in sports.

Sandler slips the character of Stan on like a well worn glove and gives it all he has. He was astounding in Uncut Gems (2019), his electrifying performance like a high wire act, but here the work is much more subtle, in his eyes and the confidence in his voice. It’s a wonderfully grounded performance from a comedian still evolving as an actor, but a major one when he is on his game. Stanley goes through his own evolution, grim and melancholy at the beginning of the film, finding his joy in the game again through Bo, who becomes his own personal obsession.

NBA player Juancho Hernangomez is superb as Bo Cruz, a natural actor. With his eyes on the big prize, NBA money he arrives in Philadelphia thinking it will be as it always been for him, easy, but discovers quickly it is not such thing. for the first time in his life as a player, it is going to be hard work. He understands hard work through the streets, through poverty and life, but basketball has always been easy. We watch him, like that boxer Balboa evolve, get stronger, get greater right before our eyes. Jauncho is superb, and a nomination for best Supporting Actor is not out of the question.

As Vince Merrick, Ben Foster is a smarmy entitled rich kid trying to be respect among those who know the game but continually makes the wrong moves and comes off as a pompous ass. He knows his father loved Stanley which is reason enough for him to dislike the man, even though he understands his value to the team. I have often enjoyed the work of Foster, he is among the finest actors working today, but this was the first time I truly disliked the character he was portraying, a credit to Foster’s immense talent.

Queen Latifah might seem like a strange choice as Teresa, Sugarman’s wife, but the easy connection the two have on screen had me believing them as a married couple seconds after we see them together. She supports him, even when she does not agree with what he is doing because she too trusts him. It has been a long time since the actress/ rapper did something worthy on film, nice to see her back.

Robert Duvall is in the film, looking imperious and in charge, clearly he is the man. I wish there were more of him.

The NBA stars in the film acquit themselves well and none look false, all very natural.

The movie gives great insight into what it takes to make in the world of professional basketball. The intensity of the games, training, the fierce and sometimes bitter competitions, and of course, those incredible benefits that come with it all. It is a solid film; one the entire family can appreciate.

In the center of it all is that superb Sandler performance. I hope the Academy finally has the courage to nominate the man, it is way past time. 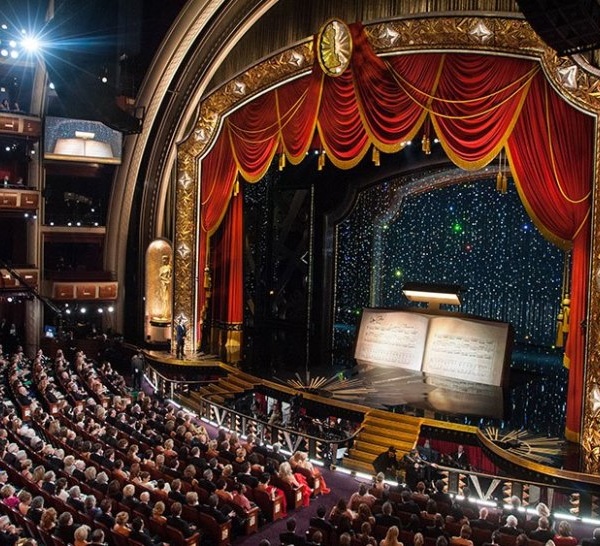 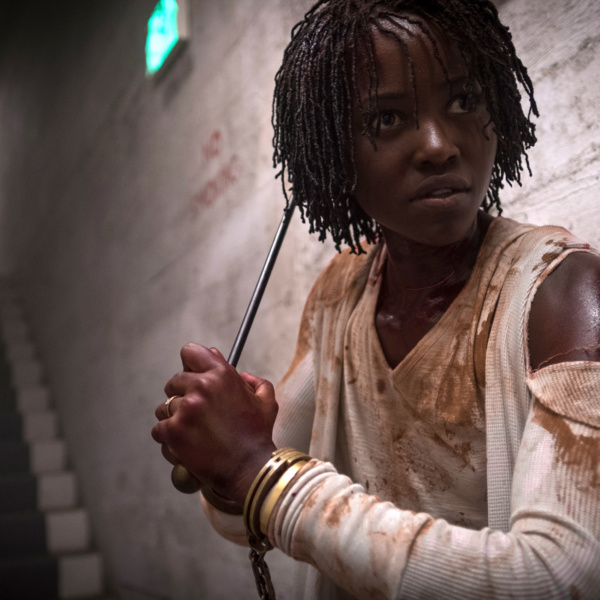