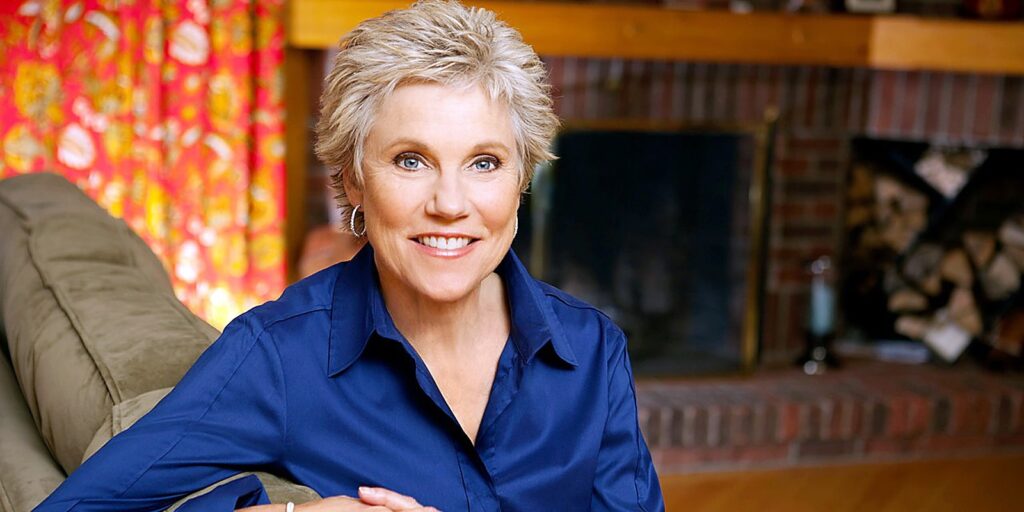 Cards on the table: I’ve been a major fan of singer Anne Murray since she released “You Needed Me” in 1978. I think I knew about “Snowbird” (1970), “Danny’s Song” (1973), “Love Song” (1974) and her cover of the Beatles’ “You Won’t See Me” (1974), as well as her very 1970’s Canadian variety specials, but that recording of the ballad “You Needed Me” with Murray’s pitch perfect vocals – and her win over Barbra Streisand at that year’s Grammy Awards – cemented me as a stalwart fan. Multiple concerts, album purchases and a Zoom chat with her last year ensured it continues. 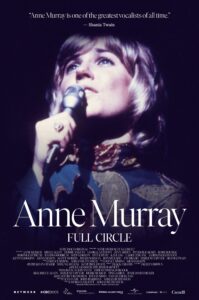 Murray retired from performing and recording in 2008 and she’s made it clear she’s not being lured back. She’s released compilation albums, a well received autobiography, and she pops up for an occasional interview, but that’s it. However this week we got a major treat with the release of a new documentary focusing on her life and career – Anne Murray: Full Circle. The film had a one night showing in movie theatres across Canada last Thursday before it’s premiere on CBC TV and CBC Gem on December 17. And its good. Surprisingly good. It finally solidifies Murray’s reputation and place in the Canadian music industry and as a performer on the world stage.

I was admittedly expecting a bit of a puff piece, something that didn’t scrape too far below the surface but instead focused on the familiar story of growing up in Springhill, Nova Scotia, the legacy of hits, and maybe an attempt to reburnish her position as the first Canadian female artist to score a gold record and Grammy in the United States. Instead, it’s a fascinating look at what it was like to be a woman in the burgeoning Canadian music scene of the late sixties and seventies – not knowing a thing about the business, pushing forward, making mistakes, dealing with over exposure, and always being pushed for that next hit. It shows the bumps and successes – both personal and professional – in a narrative that easily holds our attention (even for those who think they know everything about her).

We do get the story of Murray’s childhood and teen years in Springhill, but it’s told within the context of the tragedies the town experienced with coal mining disasters, a major fire and a fiercely close-knit community and family. With Murray’s participation and consent, directors Morgan Elliott and Adrian Buitenhuis had access to a treasure trove of archival footage and home movies that really lift the curtain on Murray’s life at home, on the road and in the recording studio. You see a woman who is exceedingly calm, but also tactfully honest in everything she does. You also see someone who’s learning the business and trying to get control of her career and her life. She’s unflappable, but determined.

Murray was interviewed for the film and she doesn’t flinch away from the mistakes that she made or scars that resulted from being away from her husband and young family once the “machine” of her career was up and running and needed to keep moving. You still sense her guilt about some of those choices, but recognize that she also had a significant responsibility to the musicians and staff under her employ.

In the seventies and eighties Murray became a bit a punchline specifically because of her lack of artifice. But looking back that’s what set her apart. She was who she was: a straightforward, no-nonsense performer with a sly sense of humour and an unerring sense of style and good taste when it came to her music, recording and singing.

There were career missteps along the way, and she talks about those. She was always able to hit the charts in Canada, but there was three years between “Snowbird” and her next hit “Danny’s Song” in the all important American market. She enjoyed a lucrative run in Vegas and she was able to have her family with her, but she hated the workload. And there was a push by her management to keep her relevant in the mid-80s with a couple of albums that were heavily synthesized, and a refresh of her “look” that was just a bit too glam and hip to work for her.

But she soon found her footing again in the next decade with the release of “Croonin” in 1993 and from then to her retirement in 2008, she was at her peak as a performer and singer.

The film leverages a starry group of music industry people and recording artists – Bonnie Raitt, Shania Twain, Gordon Lightfoot, k.d. lang, Kenny Loggins, Jann Arden – to discuss the impact that Murray had and help position her as the trailblazer she was, particularly as a Canadian female singer who opened doors for everyone who followed. It’s easy to forget that she was one of the biggest stars this country ever produced – 55 million albums sold to date, four Grammy wins, 24 Juno awards, the first woman to win album of the year at the CMA’s, and a top charting recording artist right up to her final album of duets in 2008. If you look at her discography, you realize that her desire not to be pigeonholed as a certain type of singer was successful: her music consistently charted at the top of the pop, easy listening, country and even gospel charts for four decades.

The Full Circle of the title refers to the fact that Murray never really left her Nova Scotia roots behind, and after 50 years away, she’s now firmly ensconced back in the Maritimes at her condo in Halifax and her summer home in Pugwash. We see Murray enjoying time on the golf course (her passion), still looking fit, still sporting her close-cropped hair style (a mention is made in the film that she resisted pressure to grow her hair long in the seventies).

For Murray fans, the film is a treat because of the breadth of the footage and the incisiveness and objectivity of commentary. For people who aren’t major fans, or younger ones who may not even know who she is, it’s a riveting look at a time and a piece of Canadiana that could never be reproduced. 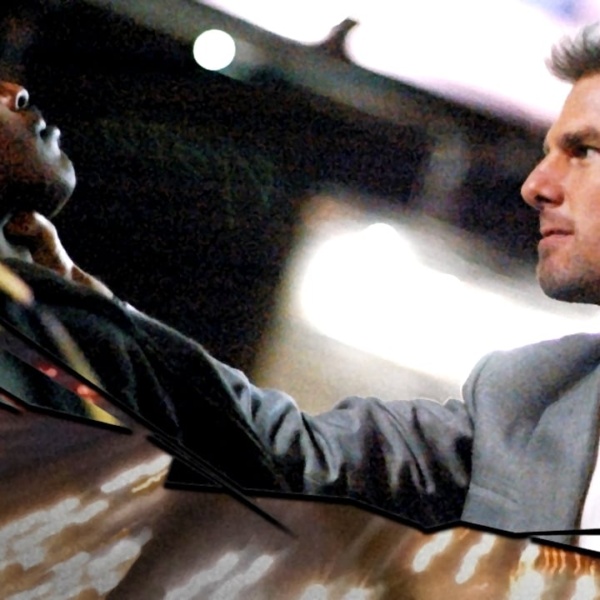