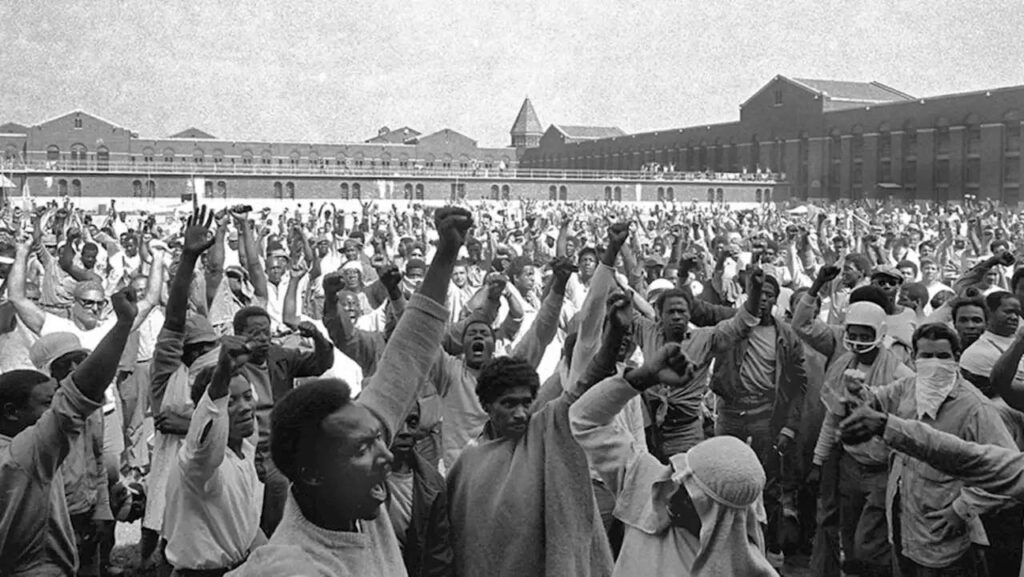 The first time I heard the word “Attica”, it was from Al Pacino as Sonny in the superb Sidney Lumet film Dog Day Afternoon (1975). In the scene, he is grandstanding in front of the bank he and his partner are robbing, as the police are edging ever closer. Seeing this, he screams at them to get back, and begins chanting “Attica! Attica!” to the thrill of the crowds gathering to watch what is fast becoming a circus.

At the time of its release in 1975, the Attica riots were still fresh in the minds of all New Yorkers and Americans, making the scene even more powerful and drawing incendiary reactions.

The riots that took place September 9-13, 1971, saw prisoners taking control of the institution, using guards as hostages, and making clear to the world the vile and inhumane conditions within the prison. It seemed to be a place where cruelty, sadism and torture were sport for the guards. 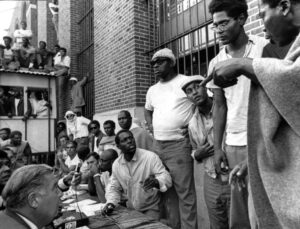 Using archival footage, beautifully restored, with accounts from witnesses recalling the riot and their role in it, the film vividly brings to life an event now almost half-a-century old. Incredibly, prisoners of North American prisons complain about some of the same issues today. The convicts, now anywhere from 60-80 years old, make clear their hatred of Attica, their disdain for the guards, and their fierce pride about bringing the attentions of the world to a small upstate New York town and the prison that sustained so many families in the town. As General Motors was to Oshawa, Ontario, so was Attica to New York.

For three days, prisoners roamed freely inside the walls of Attica, absent any rules, direction or oversight. We hear about the tight bonds that grew between the prisoners and their hostages, and the fact that the prisoners chose to bestow decent treatment on the hostages rather than retribution for treatment they had received. The witnesses talk freely of that treatment—including late night visit to their cells by big men, there to lay a beating on you. Fighting back meant the beating got worse. The violent goons are exposed in these vivid recounts.

Racism ran rampant in the prison reaching all the way to the White House, where President Nixon cracked wise about the percentage of blacks in the prison (70%) compared to the general population (30%). Simply put, the men were considered animals and treated as such. To be an inmate of Attica was to be degraded, dehumanized.

In the end, as the prisoners negotiated with the police in return for the hostages, their demands were basic and simple. They wanted decent food, hygiene essentials and a reasonable quality of life. Expecting payback, they asked for blanket amnesty for the entire prison population.

The world watched, courtesy of live news reporting, as the world changed a tiny bit day by day. Attica represents so much more than words chanted by an actor in a film. This is a superb documentary.

The 25 Greatest Biographical Performances – The Men 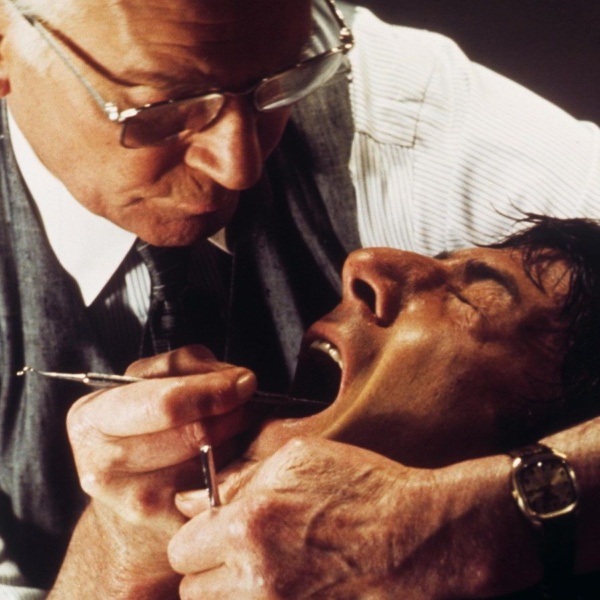 THE 10 SCARIEST SCENES OF ALL TIME