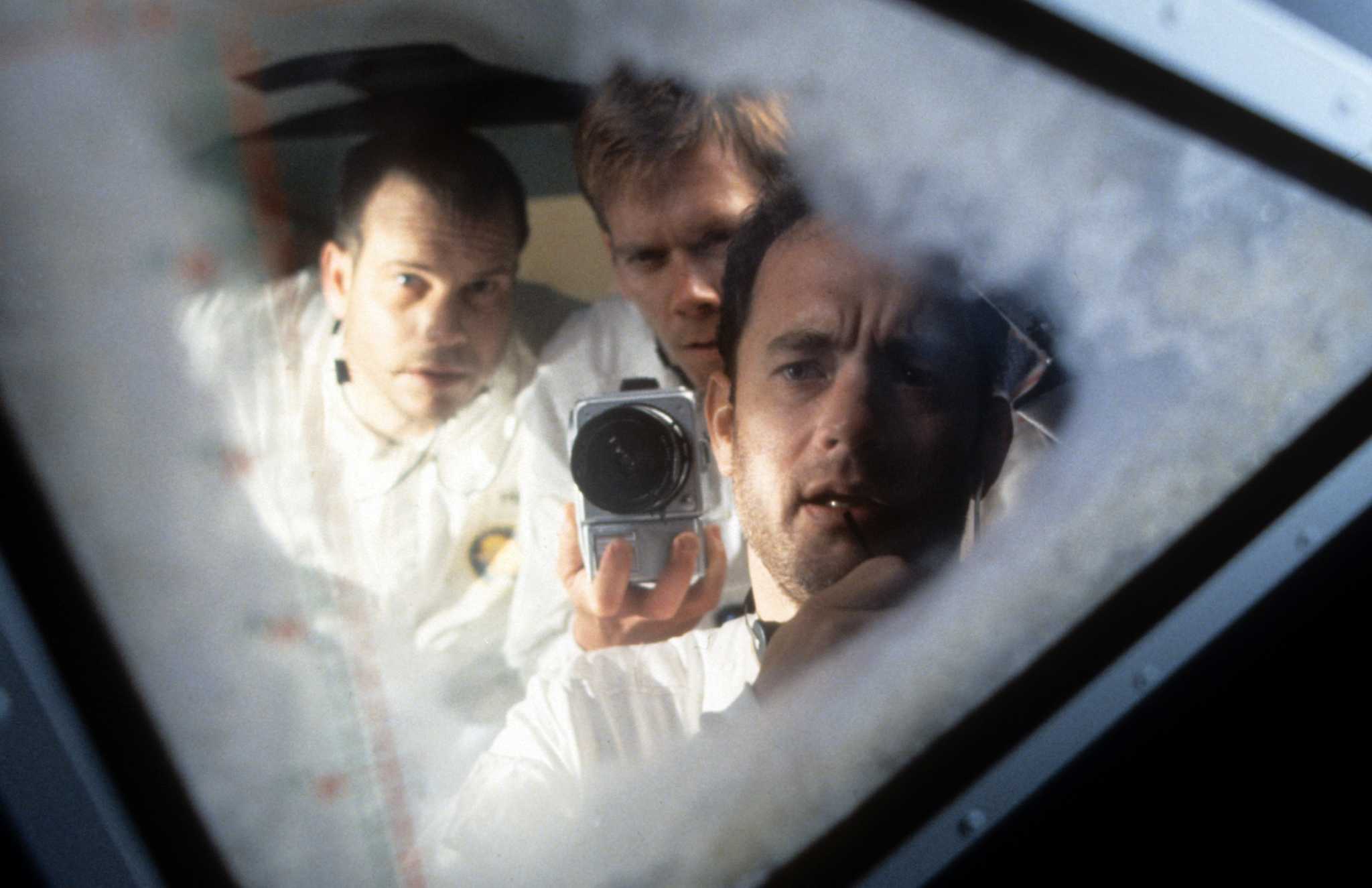 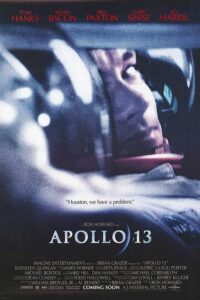 I swear this was purely coincidence, that number 13 on the list of the nineties greatest films was Ron Howard’s great space epic Apollo 13. Truly.

Making a film about a historical event can be problematic to say the least. Making a film about a historical event that was a massive disaster, but turned out OK, can be even more challenging because the audience, going in, knows the story. So why should they even go? Well they go to learn I expect, to be able to understand as much as they can about the entire event, in this case what happened in space, and what was taking place on the ground to bring the stranded astronauts home. What happened to the three astronauts of Apollo 13 was a freak accident, a failure of technology that no one could have saw coming, but very nearly doomed three of NASA’s very best to a cold and terrible death. The fact the men returned home safe and sound is a miracle of modern technology and innovative thinking from the brightest minds at NASA.

“Failure is not an option” barks Gene Kranz (Ed Harris) at Mission Control, and it seems that order was followed to the letter.

Based on the book “Lost Moon” by James Lovell who was Commander of the Apollo 13, and Jeffrey Kluger, the film explores the events surrounding the pre-launch, the replacement of astronaut Ken Mattingly (Gary Sinise) who was diagnosed with the German Measles, and his replacement Jack Swigert (Kevin Bacon), the launch and the disaster in space leading to the call back to Texas, “Houston we have a problem”. At that moment it becomes imperative to bring the men home, to find a way to avoid disaster in space, and get them home.

Ron Howard was by this time an established filmmaker who had directed several films, but never before had he achieved the artistry he did with Apollo 13. Howard was best known for his mainstream box office touch, films audiences liked and flocked too, while critics took issue with some of them. His best up to Apollo 13 emerging had been Splash (1984), Cocoon (1985), Parenthood (1989), Far Away (1990) and especially his sentimental fire fighter drama Backdraft (1991).

On this occasion, with Apollo 13, Howard did everything perfectly eight, flawlessly creating an American masterpiece and a film for the ages. Greeted with rave reviews, Apollo 13 was also a major box office hit for Howard and seemed to elevate him to the next level of American directors. More on the reception of the film later in the article.

Tom Hanks, and at this point in his career the most bankable actor in the business and winner of two Academy Award for Best Actor, was cast as James Lovell, with Bill Paxton as Fred Haise, Kevin Bacon as Jack Swigert, a last-minute replacement for Ken Mattingly, mistakenly diagnosed with the measles. The three original men train hard until Mattingly is told he is not going, at which point they welcome, with reluctance, the cocky Swigert unto the ship.

The launch goes off without a hitch, and the three are soon hurtling into space with furious speed. Watching from home is Lovell’s wife, portrayed with stoic heroism by Kathleen Quinlan, a great actress far too long under used in movies. When Swigert is asked to stir the tanks by Lovell, he does as ordered, but an explosion tears through the ship, which they see from space. They are fast losing oxygen, and report to Mission Control.

“Houston, we have a problem” the words heard around the entire globe. Suddenly getting to the moon is gone, and getting home will be the challenge, in fact the three might be doomed. Being scientists as much as they are pilots, this is at once no secret to them, and they begin working on solutions. Back home in Houston, chief of Mission Control Gene Kranz (Ed Harris) gathers the brains of NASA and tells them to find a way to bring the boys home, that “Failure is not an option”. Watching the men in space deal with disaster and potential death, while the geniuses at NASA look for ways to save their lives is both interesting and very exciting. We KNOW they get home, so it to Howard’s credit that he wrings every ounce of tension out of the film.

There is immediate mistrust between Swigert and the other two men, something Lovell tries to ease. The conditions inside the capsule become freezing, and Haise cannot tolerate the cold, he becomes sick and the other two men are forced to work the problems, often without him. Lovell realizes what has happened has nothing to do with Swigert, and any rift between them is at once gone. The same happens with Haise later along in the film, Swigert is forgiven.

What is interesting about the film is that Howard makes science thrilling, watching the men at home work through the problems is every bit exciting as watching what is happening in space.

And they do work it through, leaving re-entry into the atmosphere of the earth the last great challenge. The capsule will be out of contact for more than six minutes before Mission Control will know if they have been successful breaking back into the atmosphere of the earth. It breaks through of course, and the men plummet to earth into the ocean, rescued by boat and returned to NASA and their families to a hero’s welcome.

Lovell forever regrets not making it to the moon and the last shot of him staring up, almost taunted by the dead planet he never quite conquered haunts him. To be so close … must have gone through his mind until his death.

American, patriotic, very much a film about ingenuity and working together for the greater good, Howard found everything that was great about the story and included it in the film, leaving no stone unturned. Even the crack about Manningly never getting the measles is directed at the doctor who diagnosed him works. The screenplay was written with great intelligence and the writers were sharp enough to include the sentimental family stories that humanize the men. Choosing the right actors certainly helped, and once again Tom Hanks proved to be the Everyman of America as James Lovell. A solid performance but very aware he is part of an ensemble this time, Hanks settles in nicely to the role and as always delivers. Kevin Bacon was an inspired choice as Swigert, cocky enough without being a pompous ass, he gives a strong performance. Bill Paxton is very good, having the difficult role of the sick astronaut to play, and Gary Sinise as always is great in anything he does.

But the film belongs to Ed Harris, brilliant as Gene Kranz. Beyond bearing a striking resemblance to Kranz, Harris allows the man to inhabit his soul and gives a remarkably accurate performance. Men who were on Mission Control that day said it was as though Kranz were portraying himself, so eerily accurate was Harris. His intense command of Mission Control at once suggested the urgency of the situation, stating without ever saying it, that unless they came through for the men, they were doomed. It might be the finest performance of his career, altogether brilliant.

With realistic special effects, the film plunged audiences into the world of being trapped in a claustrophobic craft where you are never more than two feet apart from the other men. In creating the tedious world inside the craft, Howard amazed audiences. The launch of Apollo 13 might be the most realistic recreation of a space launch ever created for the film. Audiences watched in awe as sheets of ice fell from the rocket, something we had never before seen up close and the staggering impact of being in the rocket thrust the men back in their seats, the G force astonishing in its power. And then after the thunder and lightning it took to get them into space, it is oddly silent once in the black void, a dangerous serenity many of those who have shot into space describe, but I doubt can be truly understood. Howard and producer Brian Grazer arranged for the actors to experience zero gravity when they were taken up in the “vomit comet” which allows anyone on board to experience zero gravity for up to one minute. Hanks and Paxton loved the experience, Kevin Bacon not so much. A little too much realism he stated.

Apollo 13 was met with rave reviews, the best of Howard’s career and strong box office. There was talk of a third consecutive Academy Award for Tom Hanks which he dismissed as “nonsense”. Howard was nominated for his second Directors Guild of America Award, a huge accomplishment, but when the Academy Award nominations were announced, in a cruel stroke, Apollo 13 received nine nominations, but nothing for Howard – he was ignored as Best Director. Howls of protest greeted the nominations as many wondered how a film, a director’s film, could receive nine nominations but not Best Director? Howard went on to win the Directors Guild Award, while Mel Gibson won the Oscar for Braveheart (1995) which also won Best Picture. Ironically the two directors were working together in the Howard directed Ransom (1996), and Gibson was a very good sport with Howard. I am not sure there is a person alive who does not believe Howard deserved that Oscar as Best Director.

Ed Harris was a nominee for Best Supporting Actor and deserved the win, just as he deserved a second award three years later in The Truman Show (1998) as the creator … of a TV show.

Apollo 13 remains a solid film for the decade, beautifully told, acted and directed, with spectacular visual effects that never dominate the story but instead serve it. This is a great American story and a great American film. 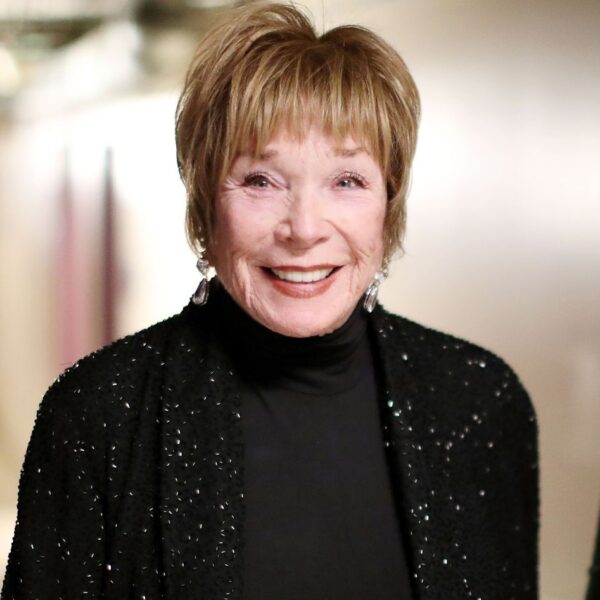