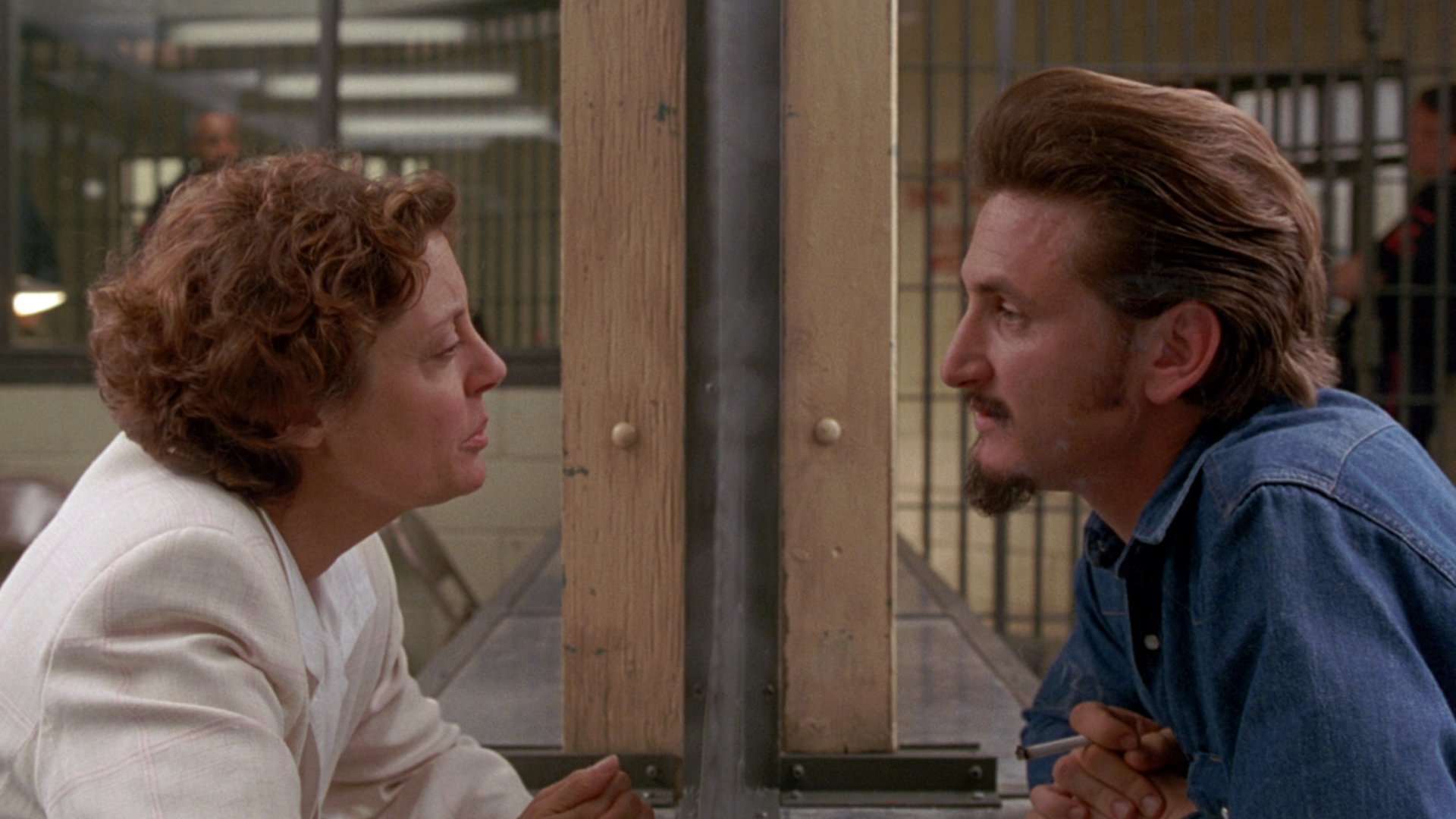 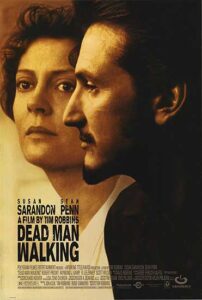 The argument for capital punishment, the death penalty, remains one of the most controversial conversations in modern government. If a person is found undeniably guilty of taking a life, planned it out and killed a human being, shouldn’t they pay with their life? I believe so, as it would become a solid means of cutting down on murder, but there are those who think it is wrong to take a life under any circumstances.

Consider. Did Charles Manson deserve the death penalty for his part in convincing a group of young people to murder Sharon Tate and her friends? I believe so. Did Canadian killers Paul Bernardo and his wife Karla Homolka deserve to die for killing two schoolgirls and Homolka’s sister? Yes indeed. If, without a shadow of doubt, the accused has been proven of taking a life, they should pay with their own. Their guilt must be beyond reproach, no doubt whatsoever, there can be no gray areas, otherwise they serve a life sentence. If they kill, they should die. Why should their existence torture the lives of the victim’s family when guilt has been proven with no question? Why should they enjoy the gift of life for another 10 to even 20 years after taking one or many lives? They should not, and they should be executed quickly, within 24 hours.

But that is just me.

Tim Robbins extraordinary film Dead Man Walking was adapted from the book by Sister Helen Prejean, portrayed in the film by Susan Sarandon, the nun who served as spiritual adviser to a convicted killer, Matthew Poncelot (Sean Penn). On Death Row, his pleas exhausted, death by lethal injection imminent, he asks the good sister to be his advisor until the day of his death. She agrees, knowing he is a repellant character – sexist, racist, very likely guilty though he insists he is not.

The first time we see Poncelot, he has the eyes of a King Cobra, watchful, wary, ready to strike out when cornered. His hair is piled huge on his head in a pompadour, possibly the only aspect he can control in prison and the only means of caring for himself he has. It is said the men on Death Row have a vanity about their appearance because it is the single thing left that they can control. Poncelot has a danger to him, a certain menace and makes it very hard to believe that he is innocent.

But Sister Prejean believes all men have a soul and all men deserve to be forgiven and saved, so she agrees to advise him. The first and only thing she wants from him is a confession believing the truth will set his soul free.

The narrative is deceptive in its simplicity, we might think the film is but a series of conversations but the deeper she probes into his life, the more she uncovers about his soul. If anyone needs saving it is this man.

In addition to seeing Ponceleot, the sister also goes to see the parents of the murdered teenagers, receiving a somewhat less than warm welcome with each. The crimes have impacted the community, reaching farther than Prejean thought, and she is not quite prepared for that. Reacting with intelligence, she dives into the case, looking into every detail of the case, slowly breaking Matthew down, searching for his confession so he may be forgiven.

In the beginning Poncelot is guarded, actually hitting on her (a nun?!) before she shuts him down and makes clear she will not be back if he continues in this direction. He slowly opens up to her, talking about his past. She meets his family, his mother bewildered by what he has done, and she begins to come to terms with Poncelot. He is covered in tattoos, those laser eyes seeing into her soul, yet she cannot see into his. Penn brings such an arrogant meanness to the character, very quickly the audience will decide, rightly so, he is indeed guilty. The final visit with his mother and family is heartbreaking to watch, as he sits chained in a chair, trying to be the man of the house he will never get the chance to be, dispensing advice he believes will help them. Not even his grief-stricken mother is permitted to hug him before they leave him.

Before they take him to his death he finally, agonizingly confesses his crimes to the sister. He did rape the girl, he did kill her boyfriend, he did take her life, and it no longer matters if he was bullied into doing it, it does not matter that his friend turned on him, he did it. Plain and simple, no excuses, he committed these terrible crimes. Weeping as he confesses, she does too, because now she believes he can be accepted into heaven and the Kingdom of God, he will be in her beliefs a Son of God.

As they walk to the death chamber he asks if the sister may touch him, and they allow it, the only human touch he has had in who knows how long. His legs fail him as the fear of death sweeps over him. After his devastating confession, after the constant meanness he has shown, these scenes are made deeply moving because of the genuine terror he exhibits. Neither the audience nor the sister view him as a killer, a monster (which is what he is), but instead see him as a human being on the way to his death. However he might deserve it, we feel something, and that is the greatness of Robbins’ film, that he makes us feel for this man.

The parents of the dead teenagers are there, and as the deadly injections run through his body the reflections of the two teenagers are seen in the window to the death chamber, a grim reminder of why Poncelot is being killed. Yet is it meant to be that? Or is Robbins showing Poncelot joining the teens in his moment of death, forgiven, by virtue of his confession to be admitted to the heaven the sister believes in? It is a striking moment, seared into the minds of all who screened the film.

Rave reviews greeted the film, released at the end of the year, and it made its way to many major critics 10 best lists.

Sean Penn was electrifying as Poncelot, a bold, daring performance from the man many consider the greatest actor of his generation. Blessed with Brando like talent, Penn had been on the path to this role his entire life, his debut in Taps (1981) and Fast Times in Ridgemont High (1982) making clear he was a major new force in American screen acting. Brilliant performances in The Falcon and the Snowman (1983) and At Close Range (1986) opposite Christopher Walken solidified his gifts and growing star power. His marriage to Madonna landed him in hot water when he fought back with his fists at the paparazzi who made their lives hell, eventually landing himself in jail for his actions. Did this make him the perfect actor for Robbins to cast? Who knows, but there is or was an undeniable fury within Penn that he brought to the role. He is known to be a surly actor, possesses no time for fools, and his creation of Poncelot is one of the finest performances in the history of the movies. Penn of course went on to two Academy Awards for his grief-stricken father in Mystic River (2003) and his finest work as Harvey Milk in Milk (2008), the most acclaimed performance on its year. Further nominations came for Sweet and Lowdown (1999) for Woody Allen and I am Sam (2001), a sterling performance as a mentally handicapped man struggling to maintain of his six-year-old daughter who he adores.

Matching him shot for shot, scene for scene was Sarandon, perfect as Sister Prejean. Her eyes act as windows to the soul, as she stares directly into his demanding to know “who are you” and “what are you”. She senses he wants to be forgiven but is not sure how to ask, nor that forgiveness can be given for what he has done. Can he truly ever be forgiven? Sarandon brings a purity to her performance, something exciting and deeper than what might have been on the page. Great actors flesh out their roles, elevating them to greater heights, and both actors do this. For the actress, it felt she was moving her entire career to this work, a career best. Her work in The Rocky Horror Picture Show (1975) made her a movie star, her performances in Atlantic City (1981), Bull Durham (1988), Lorenzo’s Oil (1992), and The Client (1994) saw her become a major actress.

When the Academy Award nominations were announced both actors were nominated in their respective category, Best Actor and Best Actress. Robbins was nominated for Best Director and the song “Dead Man Walking” by Bruce Springsteen was nominated. Sarandon took home the Oscar on the big night as she had a few weeks earlier at the Screen Actors Guild Awards. Penn lost to Nicolas Cage in Leaving Las Vegas, one of the most acclaimed performances in recent memory, but I prefer Penn’s work in Dead Man Walking as did the Independent Spirit Awards who chose Penn over Cage. Surprisingly the literate, fine screenplay by Robbins was ignored for Best Screenplay, an oversight I felt was just dead wrong.

The authenticity of the film was one of its most admirable qualities, and the fact Robbins did not choose a side. He left it to the audience to decide what they thought about capital punishment. Does an eye for an eye really make the whole world blind, or would a death sentence for killing to be carried out within 24 hours curtail the number of murders in North America?

I believe it would. Robbins made a timely, hugely important film told with grace and honesty, and remarkable power.

OSCAR NOMINATIONS SURPRISES, SNUBS? SURPRISINGLY FREE OF THEM THIS YEAR… 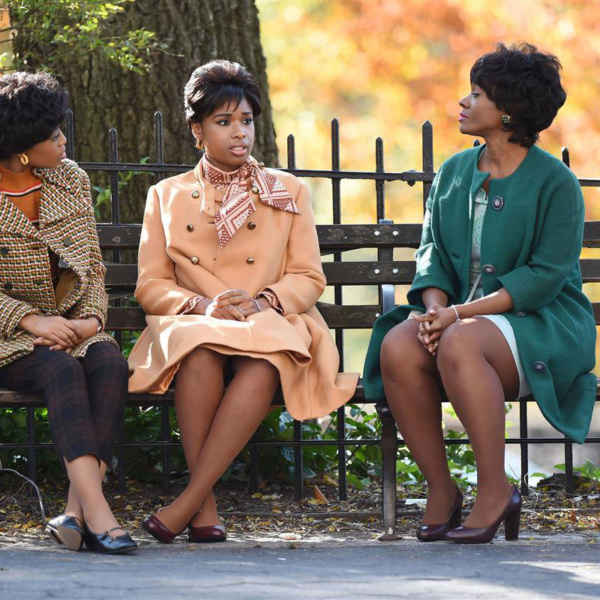 32 OF NEXT YEAR’S OSCAR CONTENDERS COULD BE …