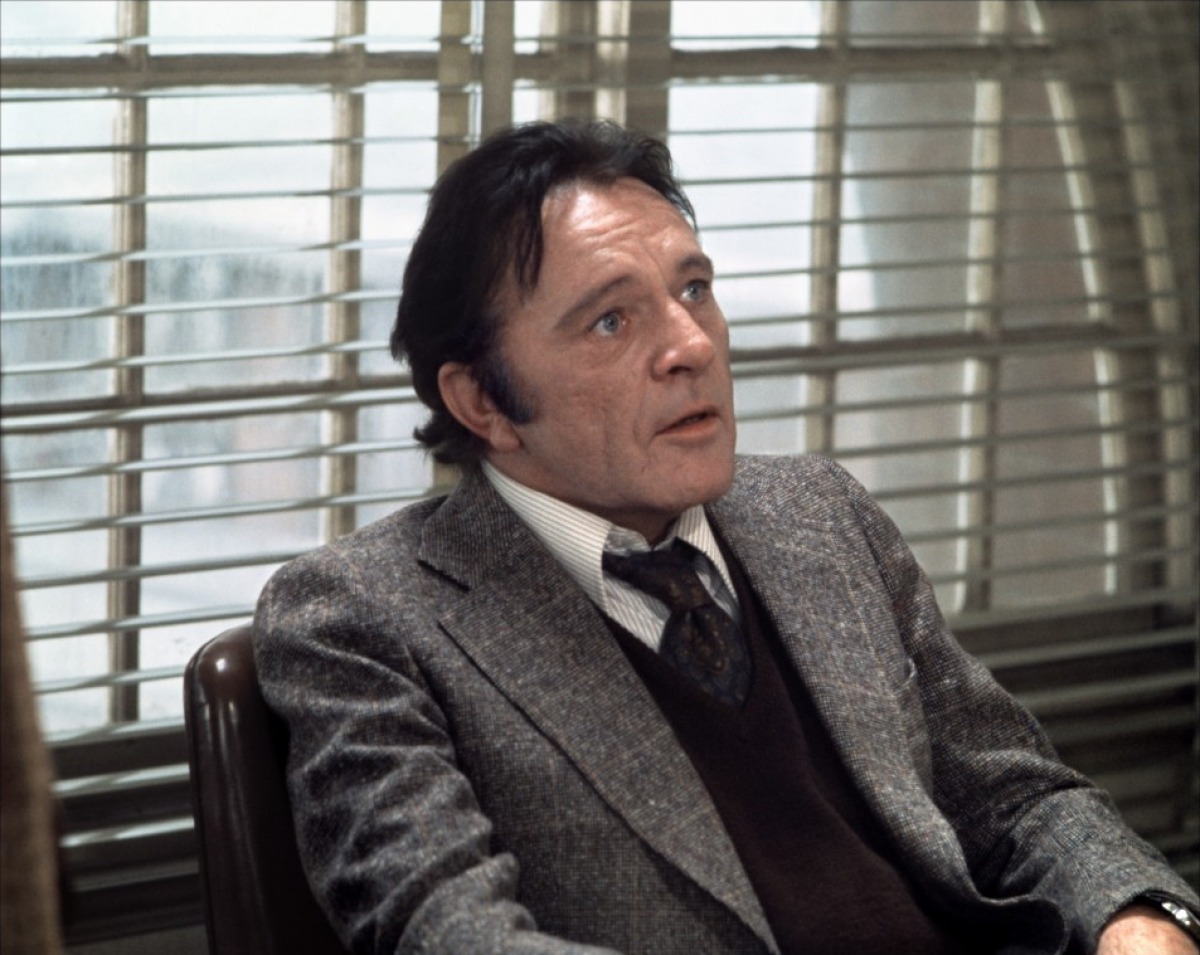 As Dr. Martin Dysart in Equus, Richard Burton delivered arguably his greatest film performance, though his work as George in Who’s Afraid of Virginia Woolf? (1966) certainly must be considered in that conversation. In Peter Shaffer’s breathtaking Equus, Sidney Lumet’s probing camera strips Burton free of everything but his face and that God-like voice as he is slowly torn apart by the truth of who he is and what he does, which he comes to realize while treating a young boy. The boy, Alan, portrayed on stage and film by Peter Firth, has blinded six horses with a hoof pick, and the terrible crime has stumped experts and the courts who do not know how to help the boy. When he is brought to Dysart, the good doctor feels accusation in the boy’s stare, and with every glower and spoken word, that accusation becomes deeper, angrier, and cuts the doctor to his core.

Equus was a major event on Broadway, one of the most startling events of the mid seventies, a play that was decidedly new, yet reached back to the ancient Greek theatre in its presentation on the stage. Raw, visceral emotion seeps into the audience with each word in the play and the visual presentation of the work was simply astounding, brave, striking in its originality. Actors portray the horses, standing on six-inch platforms acting as hooves, and on their heads they wore a crown of sorts, looking like a horse head, soaring high above the top of their head to make the actors well over six feet, close to seven feet tall. I had the great honor of directing a production of Equus in 1996 and it remains one of the best things I ever directed, beautifully acted by a great cast, who took risks for me they had not previously taken. If audiences did not understand it, they certainly did not show it as the theatre was full every night and a standing ovation greeted my cast each night. On stage it was expressionistic, impressionistic in its execution. Lit properly, it was frightening, terrifying even, especially the blinding of the horses, a frenzied manic sequence lit in red which bathed the stage in what appeared to be blood.

On film, so much was changed and made realistic. Real horses were used, thus the blinding of them was horrifying, though no animal was ever harmed. The boy truly rode them at midnight and interacted with them in the barn. What had been wildly theatrical on the stage was grounded in realism on film. Where the play was awe inspiring and astonishing to behold as a visual experience, the film was gritty and visceral, lacking the awe and wonder stage audiences had experienced.

The one thing that did not suffer in the transfer to film were the performances of Richard Burton and Peter Firth, both invited to repeat their stage performances by Sidney Lumet. 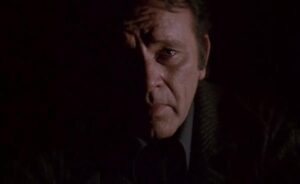 Burton as Dysart was quite remarkable. Quietly intense, his performance grows into a major thunderstorm by the end as he rants full close up to the audience exactly the harm he is doing to the boy, precisely what he is taking away from Alan. As Dysart treats the boy, he comes to understand the young man has replaced his worship of God with that of horses because when he rides them naked at night he orgasms and has never felt such glory or intense passion in his life. But when a young girl tries to seduce him, he feels the horses are watching as God watches, all seeing, all the time, and he freaks out having a complete breakdown, grabbing a hoof pick and blinding the animals. Dysart realizes that even in his madness the boy has felt more passion in his short life than Dysart ever will in his entire existence. That looking in his books about history and taking pictures will never match one second of the raw, naked passion that boy has had. Dysart envies him but can never put that to voice. Though he can heal Alan, he is ashamed of what he will be truly be doing in making him a part of “normal” society. He will take away memory of horses, erase their memory so that all they are to him are animals to bet on at the races, he will make it so horses come to mean nothing to Alan. And in doing that he will erase the greatest passion the boy will ever know.

What is the greater crime? To have a passion like that, and do the harm Alan has done, or know that a passion like that exists and to take it away? Dysart is left by the end of the film, like a horse with a bit in his mouth, awaiting direction unable to make a move. Lumet chose to shoot much of Burton’s performance in tight close ups and we are permitted to see the full confusion yet full fury of the actor in his performance.

And the sad resignation in his voice by the end when he talks about the chain in his mouth, “and it never comes out” he knows he too is a slave to a passion that is forever harnessed.

How ironic that in 1977 Burton gave one of his greatest performances in Equus, yet also gave one of his worst in Exorcist II: The Heretic (1977), an atrocious sequel to The Exorcist (1973) that truly should never have been made. On one hand we see the staggering power of his gifts, used to full advantage in Equus, and on the other hand an actor drowning in a terrible film, not even his talents able to save him from the screenplay. Very ironic.

Burton won the Golden Globe for Best Actor (Drama) and both he and Firth were nominated for Academy Awards for Best Actor (Burton) and Supporting Actor (Firth). I suspect many were cheering for Burton, sensing this was his last shot at an Oscar, but far too few people had actually seen the film. Sadly, he really never had a chance.

Equus is admittedly a hard watch, but if you have ever seen the play and truly understand it, give it a chance, and glory in the magnificence of Richard Burton in one of his last and greatest roles. His Dysart is like a man possessed, his entire being shattered by a patient he realizes he will have to destroy to make him well. Burton, in my mind was never better. 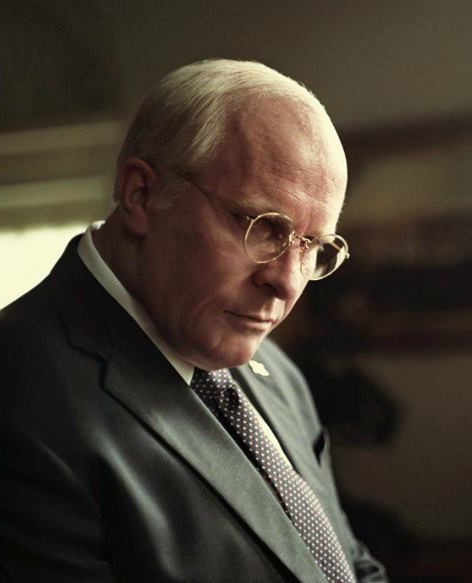 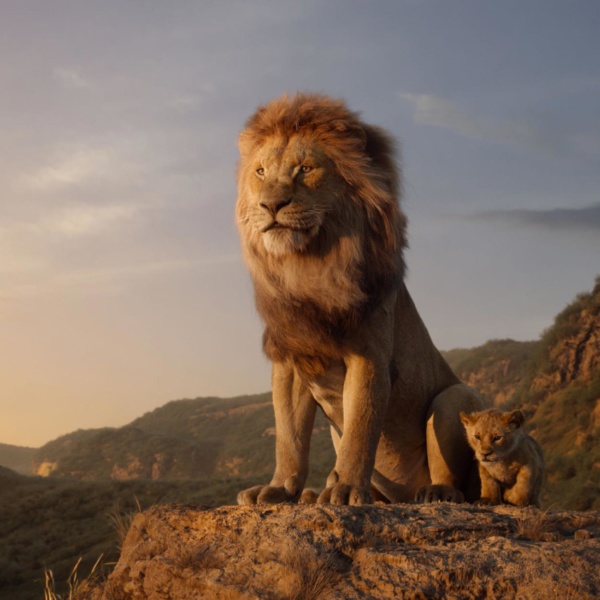