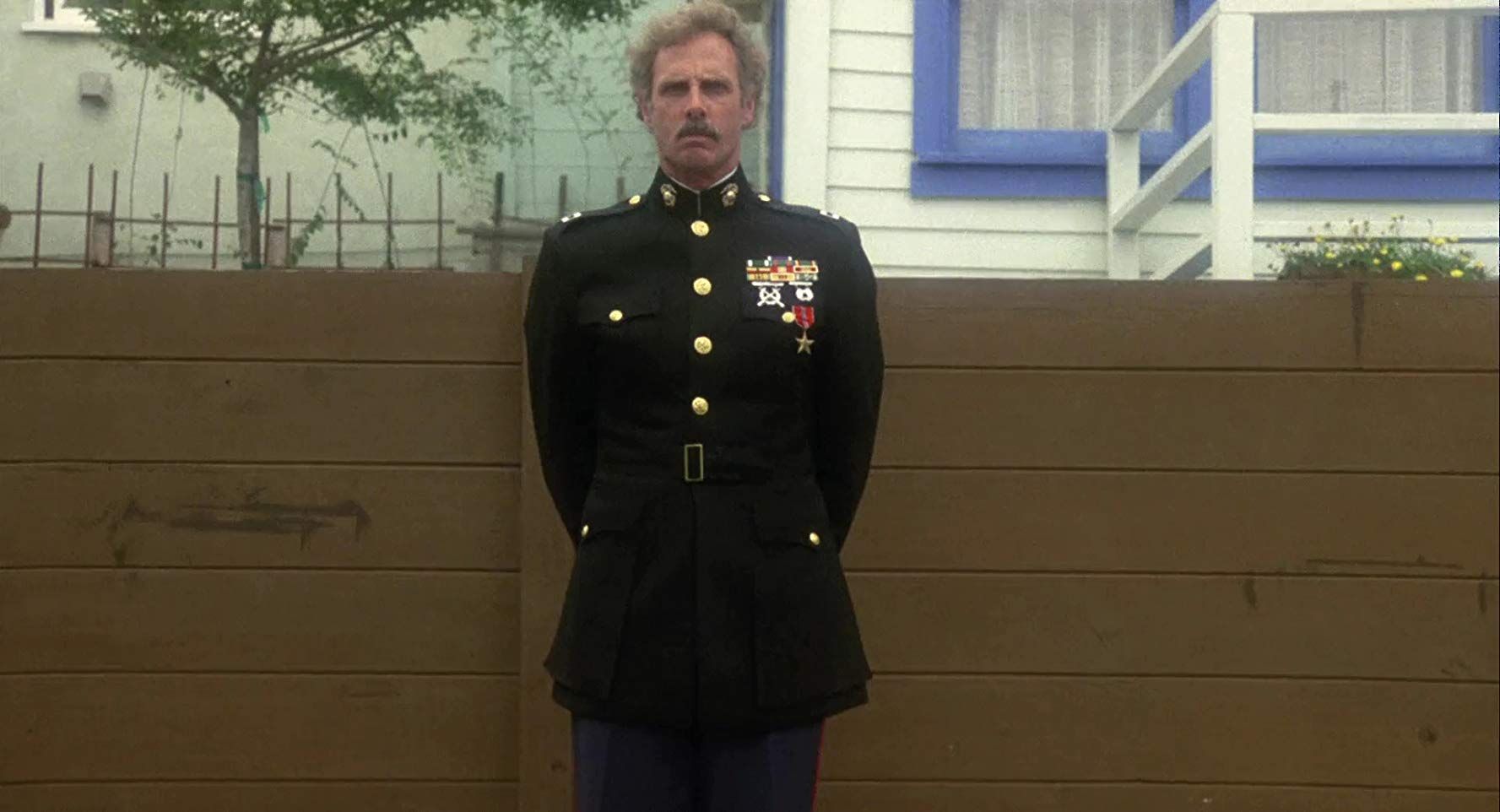 “My men were chopping off heads … because that’s what they were into” explains Bob Hyde to his visiting wife Sally, while on liberty in Hong Kong. She knows at once he is changed, off somehow, but she has no idea how deep the wounds on his soul really are.

Captain Bob Hyde (Bruce Dern) was a lifer in the United States Marine Corps, and as a hawk cannot wait to get to Vietnam and kill for his country. Hyde loves his country, the Marines and his timid wife Sally, likely in that order, and by end of this heartbreaking film, all three of his loves will have betrayed him.

In 1977 Bruce Dern gave an electrifying performance as Lander in Black Sunday (1977), a thriller based on the bestselling book by Thomas Harris. A former POW in Vietnam, Lander has approached the terrorist organization with a revenge plan against America. No question he is dangerous, and broken and insane. For that performance Bruce Dern deserved the Oscar for Best Actor.

One year later he gave this haunting performance in Hal Ashby’s Coming Home, which won Oscars for Jon Voight and Jane Fonda as Best Actor and Actress and Best Original Screenplay. Dern received a nomination for Best Supporting Actor, and in my opinion deserved to win the award for his brilliant, unsettling performance.

A film of undeniable power, Coming Home dealt with the impact of the war in Vietnam on the men who fought it and those who love them.

Dern had the film’s most challenging role, portraying a man anxious to get over there to start killing the Viet Cong. But once there, he finds it to be unlike anything he had ever experienced. Bit by bit, the war breaks Bob down and when he returns after a mysterious injury, he is broken.

The man who left was a smiling, loving husband, lousy in bed, but adoring just the same. He makes love with his wife, but her near silence and apparent boredom make clear their bedroom life is not much. And then, to the strains of “Hey Jude”, he climbs on a bus to go fight for his country.

The Hong Kong scene is the next time we see Bob. No question, he is no longer the man who left. Gone is the gung-ho American hawk who could not wait for war, replaced by a nervous, near paranoid man who feels safest with his men and sleeping with his gun. Sadly, it just gets worse. He is discharged after being shot, though questions arise about exactly who shot him (himself?) before the medal for bravery is pinned to his chest.

The military makes clear Sally cheated on him with Luke (Voight), a war veteran left paralyzed from the waist down. They were under surveillance, so there are tapes, pictures and films of the two lovers together. Bob is devastated by this more than anything else. Yes the war betrayed him, it was far more foul than he imagined, and yes America failed him, protesting when he returned, the men under his command vicious sadists. But his wife? How must he have felt to hear the tapes with her in the throes of orgasm with a paraplegic? Sally lay silently under Bob, but with Luke she let loose a torrent of passion. How would that feel? Emasculating? When he loads his weapon and enters the house prepared to do her harm, Bob is lost.

And yet he takes no lives other than his own. After receiving a medal he knows he does not deserve, Sally leaves to buy steaks and Bob in his splendid Marine uniform, walks to the beach and begins undressing. Piece by piece the clothing comes off, finally his wedding ring, before he runs, naked into the churning sea, never to return, the ocean forever washing away his pain, easing the scars of war.

The look on Dern’s face during this sequence is the stuff of heartbreak, of pain, of emotional devastation. Some things we bounce back from, but not this. Beautifully edited to the haunting Tim Buckley song “Once I Was”, the lyrics perfectly speak to his actions on the screen. It is said when Dern saw this footage, he wept.

His performance runs the gamut from quiet rage to wild, high pitched shrieking with a gun in his hand, bringing to vivid life this broken man, his life shattered by a country he believed in, a war he wanted to fight, and sadly the woman he loved. It is a shattering performance, that absolutely deserved to win the Academy Award for Best Supporting Actor for which he was nominated. A searing study of a man who has everything taken from him in one fell swoop. Dern is fearless in the film, his character like a raw nerve when he discovers the betrayals, visceral and white hot with pain and rage.

Though he had an unfair reputation in the seventies for always seeming to portray crazies, his best work is when he does not. Yes, he was the lunatic who killed John Wayne in The Cowboys (1972), shooting him in the back no less, but he was also one of the most respected actors of his generation. Had he been given the slightest recognition, we would be discussing Bruce Dern as we do Jack Nicholson, his close friend, and the other giants of the seventies.

This remains his greatest performance. 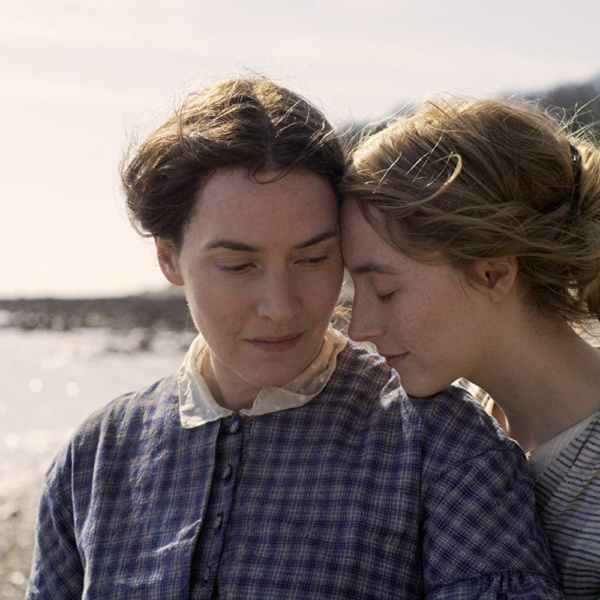 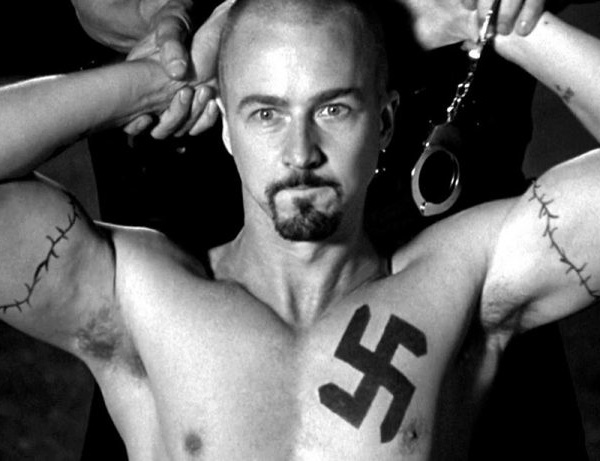