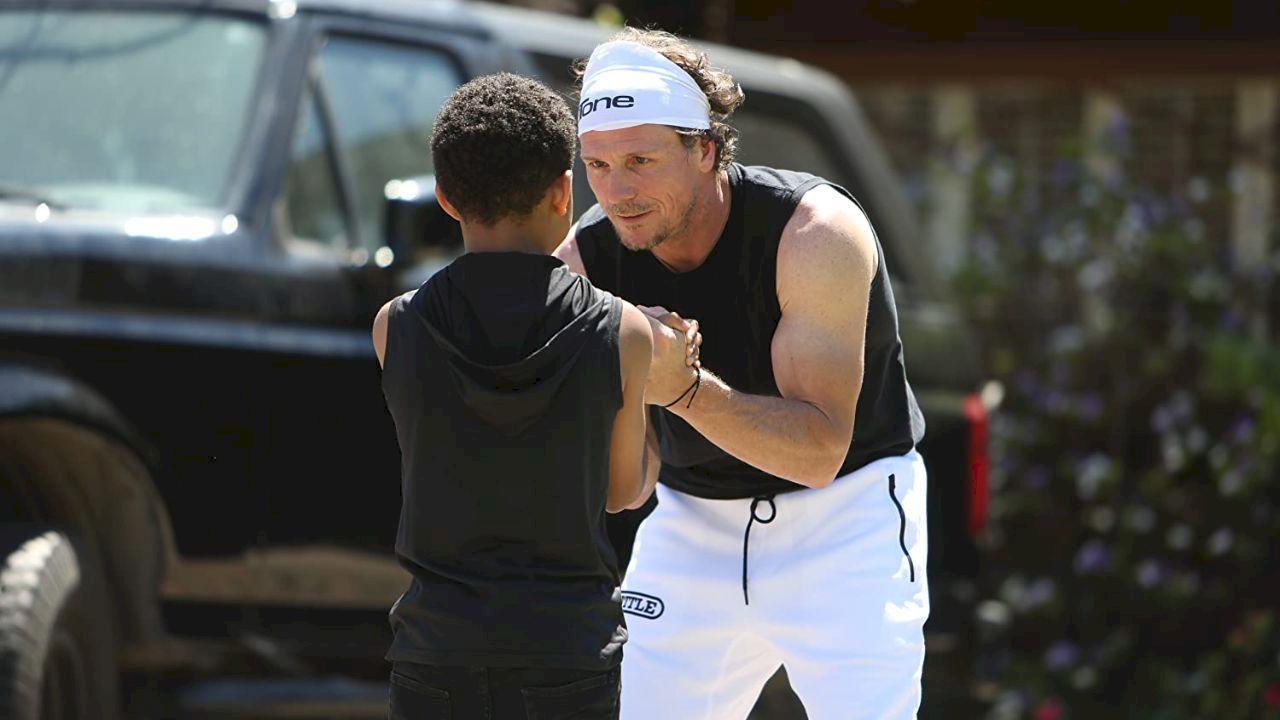 Sunny Daze is a redemption story about a formerly famous musician who was given talent, success, and love in spades but whose demons are slowly but surely taking all away. It is about friendship, family, loss and our individual need for accountability and responsibility. Sunny’s (Jason Wiles) days are reduced to heavy drinking and a nasty drug habit. One of his last saving graces is the close mentoring friendship with his recently deceased best friend’s son, Sean (Lonnie Chavis). Who mentors who is sometimes debatable. The performances of every child actor in this film are shockingly good. The genuine love and devotion Sunny shows his children are why we are invested in his character early on.

I remembered Jason Wiles only for his hot-tempered portrayal of Officer Boscorelli on Third Watch (1999 – 2005), and boy am I glad I stumbled on this film by accident. He is a gifted writer/director/actor with very talented friends who came together to tell this particular story with little in the way of production budget. The dialogue is brutal, honest, and realistic. Wiles plays Sunny fearlessly, a coke fiend without any vanity left. He knows he is killing himself, but he can’t stop. With each new low he hits, each new lie he tells his family, Sunny is haunted by visions of his best friend telling him much the same he would if he were alive.

This film stars two other Third Watch alum, Michael Beach, Sunny’s best friend, and Amy Carlson as Samantha, Sunny’s ex-wife and mother of two of his three children. For young people, Third Watch was the better, edgier, less soapy ancestor of Chicago Fire and Chicago PD, where many of the same storylines are currently being recycled. Beach has little screen time in the film, and his story arc requires some serious acting chops. You never doubt the love and depth of the friendship he and Sunny shared and the impact he had on Sunny’s life.

Addiction stories are many, and the raw honesty of this one keeps you engaged. This film was shot guerrilla-style on a shoestring budget, relying only on the story and talented actors to tell it. The voice-over is seamless and doesn’t feel intrusive; it is merely Sunny’s level of awareness of his terrible situation. It is alright to fall down. Hopefully, if this is you, you have a similar group of people who love and support you back to life. And you are ready to listen.

You can stream it for free on Tubi.

What the trailer here.