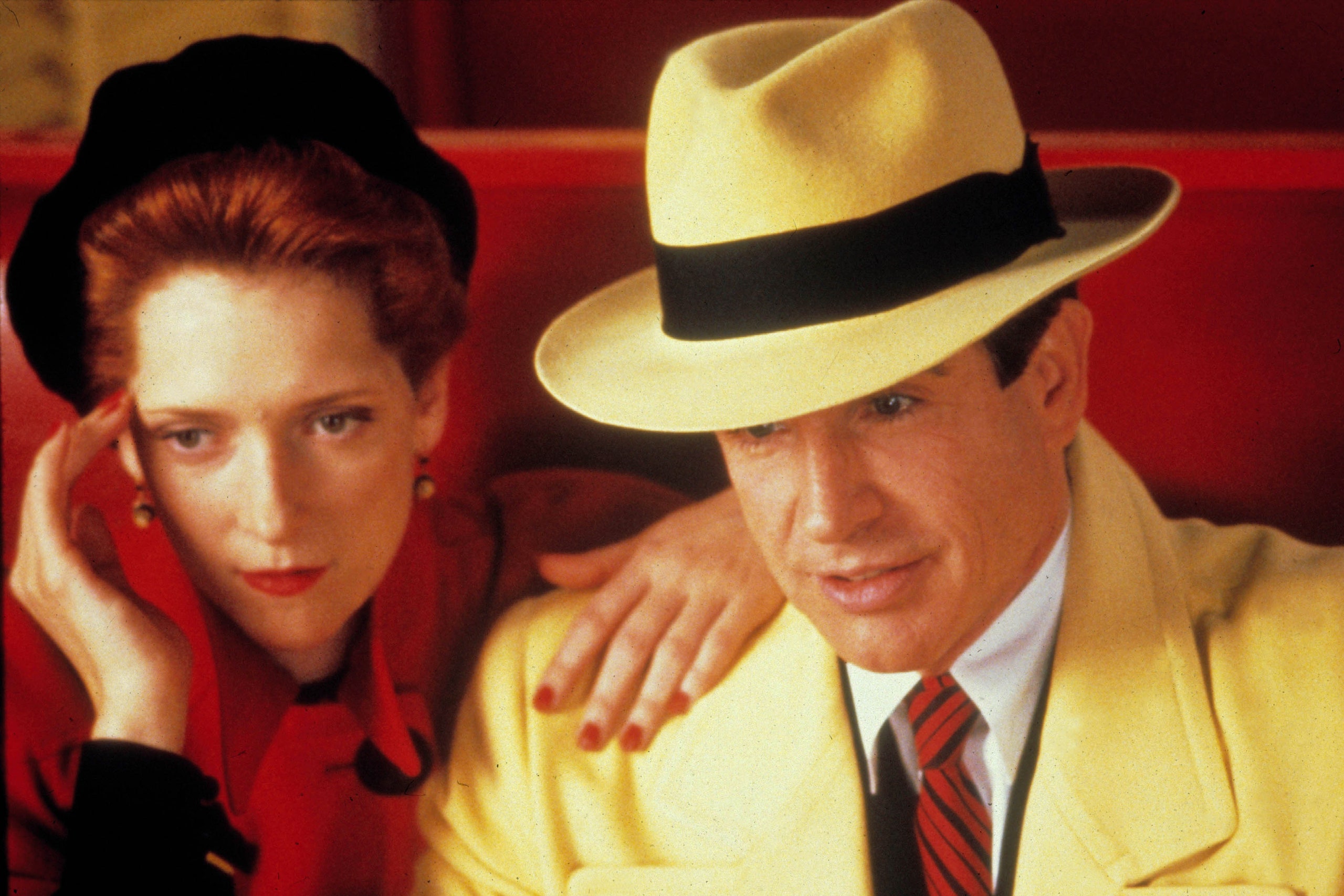 In the shadow of the success of Batman (1989), Warren Beatty brought his long awaited live action film of the famous comic strip “Dick Tracy” to the screen for the summer of 1990. With the same eye for detail he brought to his Oscar winning film Reds (1981), Beatty had a distinct vision for the film and followed through, overseeing every aspect with meticulous detail. Beatty brought the strip to the screen in primary colours only, giving the film an original look that was profoundly beautiful under the lighting of the gifted Oscar winning Vittorio Stararo, the three time Academy Award winning cinematographer. The film takes place in the imagination of its creators, the city unlike any movie city I have seen, a combination of miniatures, matte paintings and real life, all dazzling in its beauty. By the end of its theatrical run, critics could call the film many things, but unimaginative was not among them.

Warren Beatty had made the move to directing with Heaven Can Wait (1978), co-directing with Buck Henry, but make no mistake at who called the shots. For their very popular remake of the classic Here Comes Mr. Jordan (1941) he and Henry were nominated for Best Director, one of four nominations Beatty received the film, a feat he would repeat with his next film, which he directed alone. Reds is an American masterpiece, a brilliant epic that is also a very fine intimate exploration of John Reed and Louise Bryant, two radical writers who witnessed the Russian Revolution as it was happening and write about it. Beatty won the Academy Award and DGA Award for Reds, a massive critical success that was cheated of an Oscar for Best Picture. Beatty would not direct enough, guiding the vicious black comedy Bulworth (1998), one of the finest political films ever made, and ending his directing career I suspect with his long awaited Howard Hughes film, Rules Don’t Apply (2016), a box office disaster.

A popular comic strip run in the national papers and thousands of syndicates, Chester Gould created Dick Tracy in the 1930’s to enormous acclaim. Beatty remembers reading the strip religiously as a boy and had long wanted to make a film based on the strip. His decision to use primary colours allowed him to pay homage to the look of the strip in the papers and in a sense bring the comic strip literally to life.

Beatty cast himself as Tracy and filled the cast with friends and colleagues he knew and had worked with before or wanted to work with. The biggest coup was Al Pacino as Big Boy Caprice, a sort of Richard III character crossed with Al Capone, made up in grotesque make up, which all the villains wore. Madonna came aboard the production as Breathless Mahoney while she was dating Beatty, Glenne Headley (now deceased) was cast as Tess Trueheart, Tracy’s love interest after Sean Young was fired from the film. Young Charlie Korsmo was cast as the Kid and would become good friends with Beatty as his career took off for three short years. 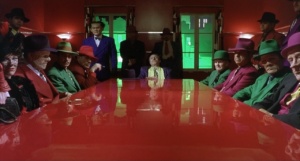 Set in the thirties, the Kid (Korsmo) witnesses the massacre of a group of criminals by Flat Top, as ordered by Big Boy, a flamboyant mob boss taking over the city. Terrified of being found by the mob, the kid ends up in the care of Dick Tracy, a square jawed hero of a policeman, dressed in a bright yellow trench coat. Big Boy convinces Lips Manlis (Sorvino) to sign over his club to him before he kills him, and the mob boss starts getting ready for the grand opening. He helps choreograph the dancers, slapping Breathless (Madonna) on the butt as he puts them through their paces, knowing Tracy is coming for him.

Big Boy thrives until a new criminal in town, the Blank frames him for kidnapping Tess. After the final shootout in which Big Boy and his many henchman are killed, the Blank is mortally wounded and proves to be Breathless Mahoney who kisses Tracy before she dies. With the crime wave wiped out, Tracy proposes to Tess and they adopt the kid, naming him Dick Tracy Jr.

The film is a visual wonder and filled with fun performances but sadly the screenplay as deep as the paper it is written on. The story just goes nowhere except into complete predictability at every turn. It just is not very interesting despite being glorious to look at.

Beatty is strong and good as the straight arrow, square jawed Tracy, though really does not have much else to do, except be heroic, while Madonna is dreary as always as Breathless Mahoney. Every line has a sexual innuendo, fitting the personality of Madonna, not Breathless, leaving viewers to wonder, when did she become Mae West? Of course, she is trying her best to channel Marilyn Monroe in her performance, but Miss Monroe, Madonna was not. The pop singer lacks the acting chops to portray this type of character, any type of character really.

Charlie Korsmo was terrific as the constantly hungry Kid, a tow headed little lad who stood out strongly in most of his scenes especially those with Beatty.

Glenn Headley was rock solid as Tess Trueheart but there was just zero chemistry between she and Beatty, it just was not there.

Al Pacino steals the film as Big Boy, a kind of hunch backed, grotesque looking, exaggerated version of Al Capone. A comic delight, watching him bounce and bop among the dancers is hilarious, and giving advice to Madonna about her singing? Perfect. For his efforts he was nominated as Best Supporting Actor, losing to Joe Pesci in GoodFellas (1990). His scenes with Beatty (“Can I call you Dick”) crackle with an energy of two acting greats going toe to toe and loving every minute of it. Equally fine is Dustin Hoffman as Mumbles, incoherent until they slow down the tape and he realizes, rather pathetically he has betrayed his boss Big Boy.

The film was expected to be a massive box office success but was not. The merchandising was expected to take off into the stratosphere that Batman orbited, but also did not. By Christmas of 1990, Dick Tracy toys, and merchandise sat alone in the bargain bins rather than selling off the shelves. It seemed most teenagers were asking who Dick Tracy was and the merchandise belonged on the island of misfit toys.

The film was nominated for a whopping seven Academy Awards, surprising the naysayers who had written the film off at Oscar time. Though critics were kind, no one really slammed the film, but given the weak box office performance, it had not been expected to be a major Oscar player. The film was nominated for the aforementioned award for Best Supporting Actor as well as Best Cinematography, Best Art Direction, Best Costume Design, Best Make Up, Best Sound, and Best Original Song. In all the film won three Academy Awards for Best Art Direction, Make Up and Song. 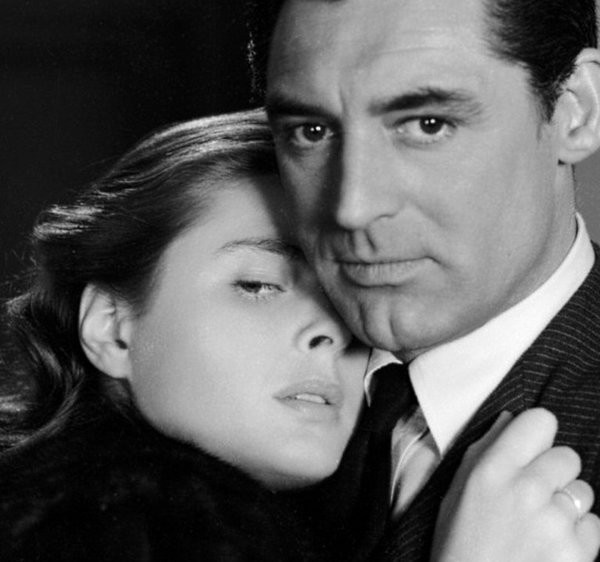 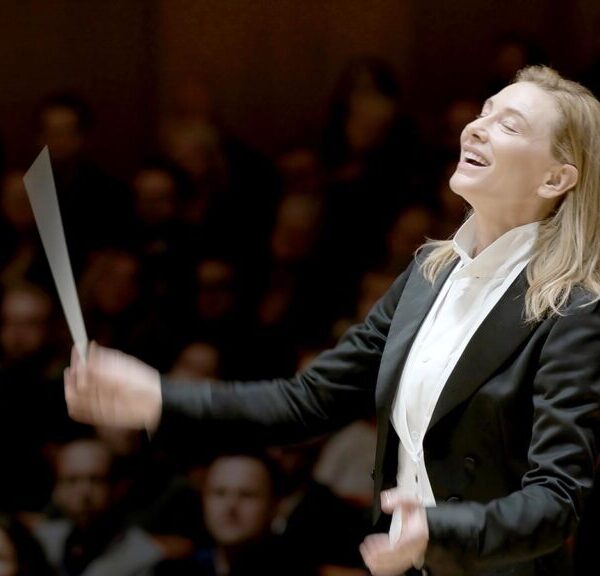