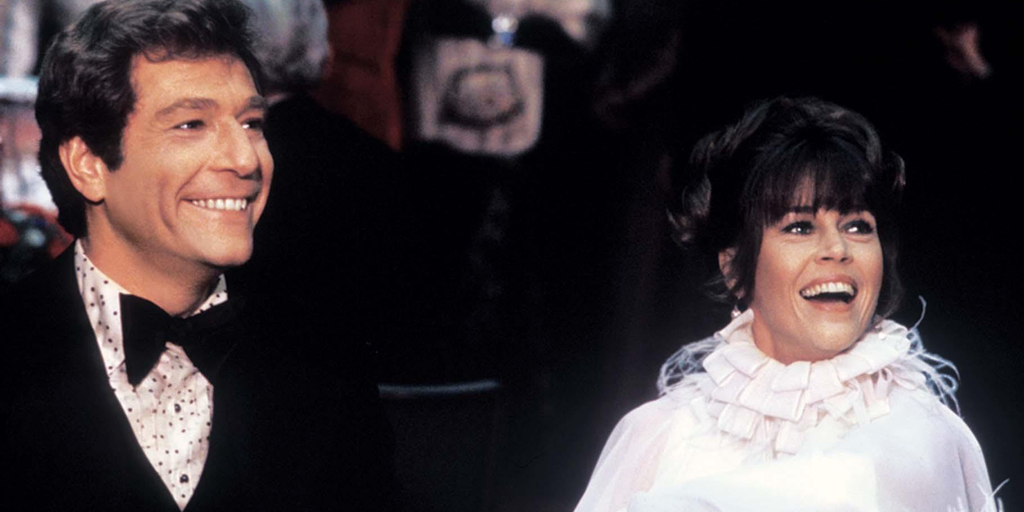 As we approach what looks to be another global recession, and probably not our last, I started thinking about how economic hardships such as these have been handled in the movies. There are many – from documentaries through to movies based on real events and people to full on creative endeavors. Movies which include: The Big Short (2015); Inside Job (2010); Too Big To Fail (2011); Margin Call (2011); Rollover (1981) and even Queen of Versailles (2012). But the one that truly stands out for me is not like the others at all as it takes a comical approach to survival during a financial crisis – that would be Fun With Dick and Jane (1977).

It is in times such as these that, although acutely aware of the severity of the crisis, one still does need an opportunity to poke fun at reality and just have a good laugh. In these wearisome times, when the financial world is on hold, its future stability it in question, and the dreams and solidity of millions are on tenuous and questionable grounds, a film like this one is just what a weary audience needs. That is why movies like these are created and why now, more than ever, we need movies like this again.

In Fun with Dick and Jane the Harper family is living the upper middle-class dream. He has a high paying position in a stable and expanding industry, they have a very comfortable home with all the trappings including a housekeeper and a swimming pool, which they are in the process of installing.  No one in the household is aware of how fragile and tenuous their situation is, as in their view there is no end in sight to their suburban utopia. 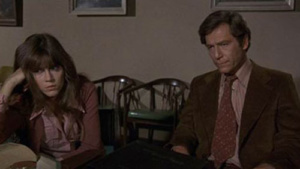 Fun With Dick and Jane is the story of the middle class in jeopardy of losing its status and how woefully incapable and unprepared it is to adapt to changing times. As mentioned, there have been countless movies and documentaries based on this theme, but for me George Segal and Jane Fonda believably portray the middle class and the stress money problems can wreak on a seemingly stable and happy household. Richard (Dick) Harper (Segal) is an Aerospace executive who, through a downturn in the economy, suddenly finds himself deemed redundant  by his boss Charlie Blanchard, played beautifully by Ed McMahon, and is let go from his lofty position. Although this real-life scenario is continuously being played out in households around the world, it is the reaction and adaption of the Harpers that makes the movie an affectionate seventies time capsule.

The “fun” part of the movie’s title begins as the couple begin to adjust to their new reality – Jane (Fonda) announces they will give up imported wine, economizing by switching to domestic, and she will heroically give up her Book of the Month club in an effort to cut back. Dick will easily find a new position. When it becomes apparent that these simple economies are not sufficient to stem their economic descent and Dick is unable to find employment, the hilarity begins. One of the funnier scenes which depicts their precarious position arrives early in the film as their new landscaping is repossessed by the installers for lack of payment. As the crew is digging up the plants and rolling up their newly installed lawn, a crowd of neighbors begin to gather on the street to investigate the humiliating confrontation. In an attempt to retain their all-important social standing and save face in the neighborhood, Jane turns the conversation on the landscapers proclaiming loudly her displeasure over their work and the quality of their plants – demanding they remove everything at once. This performance receives an ovation from like-minded neighbors in support of her stance in maintaining her high standards. 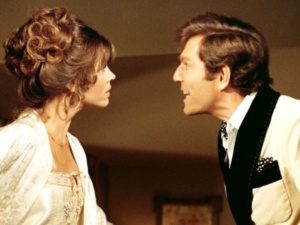 Segal and Fonda demonstrate an honesty in both the love and the frustration married people have with each other, especially through difficult times. Their clever banter is aptly displayed throughout the film – in particular, an early scene in which Jane refers to her husband Dick as “the Typhoid Mary of finance”, places him on an allowance and states she will go out and get a “job job”. To his bemused astonishment at the thought, Jane states “I’m a college graduate, reasonably intelligent, not all together unattractive.“  To which Dick implies that she is only qualified to be a secretary or a hooker, and didn’t really have the proper qualifications to be a secretary.

As they come to realize that unemployment checks and social security come nowhere near the money needed to support their lifestyle – their turning point comes when they visit a bank to discuss securing a loan. Happenstance results in the bank being held up while waiting in line, with a bundle of stolen money accidentally dropped beside the cowering Jane.  Grabbing the dropped $2,000 cash becomes the turning point where the previously upstanding citizens make the career change into armed robbery to survive and more importantly, to maintain their social status.  Ultimately, Dick and Jane don’t commit crime so they can survive—they do it so they won’t look bad in front of the neighbors as demonstrated by their newly re-installed landscaping and now completed pool.

As the viewer can imagine, turning to a life of crime does not come easy and Fun With Dick And Jane has a great time working through the transition – from a stocking donned Segal practicing his stick up routine in the mirror to a bungled holdup at a drug store where the bemused clerk mistakes Dicks awkwardness as a need to purchase contraceptives. Dick and Jane’s first successful stick up at the seedy Climax Court Motel, and finally the gunpoint robbing of the telephone company which receives an ovation from a queue of over-billed customers.

Director Ted Kotcheff ensures that the film supports the politically incorrect concept that crimes committed in the name of maintaining the American Dream is not only acceptable, but something to be secretly admired.  This notion, supported by the characters stealing primarily from the greedy or unethically wicked, ensures the film maintains a somewhat shaky moral level. Fun with Dick and Jane benefits from a good story, good writing, strong chemistry among the cast and superior direction. It doesn’t hurt that Fonda and Segal nail their parts completely. Fun With Dick And Jane received mixed reviews when it first opened but was Columbia’s third highest grossing film in the U.S. for 1977 and carries a message which resonates today.

The film was remade in 2005 under the same title with Jim Carrey and Téa Leoni and, as many remakes do, this new version pales in comparison to the original. This opinion is not because I am generally not a fan of remakes, but because the Carrey version lacks the sophistication of the original – in its content, humor, execution and in particular, its pace. 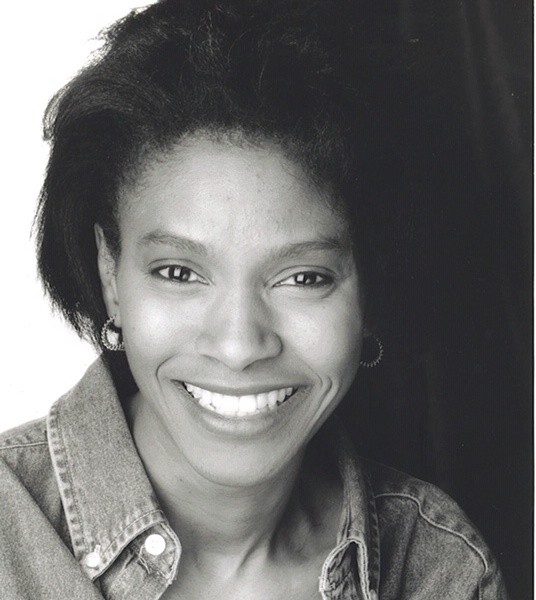 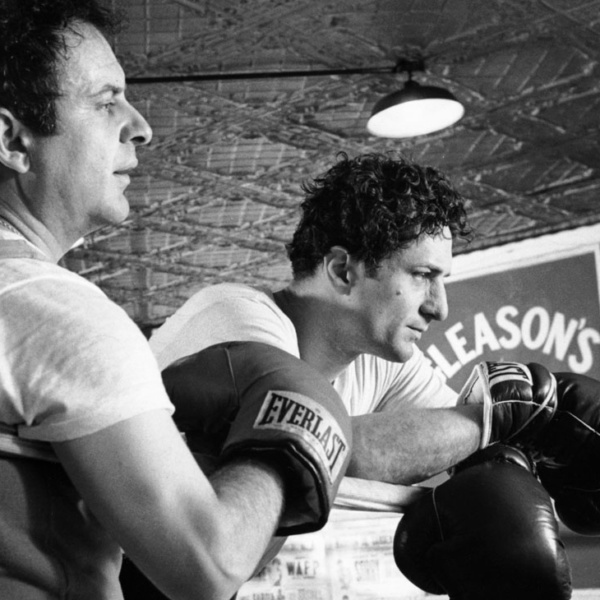