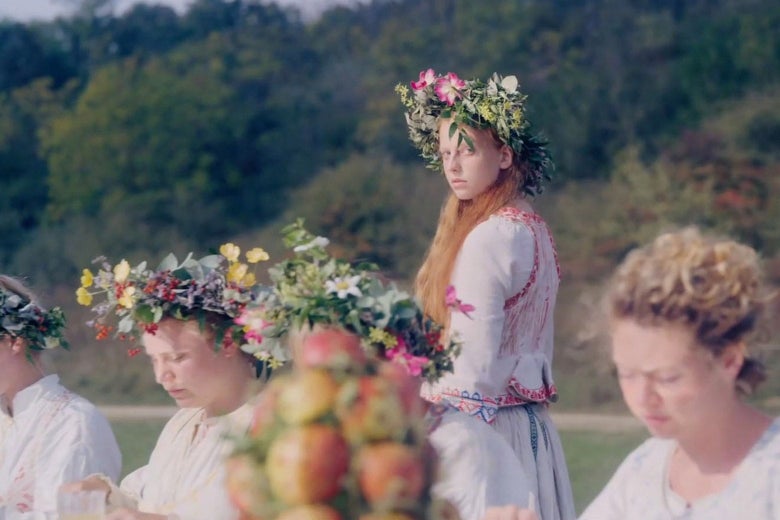 Every once in a while a film slips by me, through the cracks as it will, and I end up catching up with it on Blu Ray to be very surprised.

This is such a film.

An original, striking, genuinely frightening horror film, the picture is anchored by a sensational performance from rising new actress Florence Pugh, on the cusp of breaking through. She is seen in the upcoming Little Women, directed by Greta Gerwig, and could land in the Best Supporting Actress category for her work in that film. Pugh was also seen in The Outlaw King (2018) with Chris Pine, and stole every scene she was in as the young Queen. Her performance here in Midsommar is simply astounding, one of the most intense and shattering performances of grief I have ever seen. Her name has come up in some circles as a Best Actress candidate, and now I understand why. I personally do not think she has a chance as the category is packed, and horror films rarely make the cut, but if nominated her work would not be out of place with the year’s very best.

After Dani (Pugh) suffers an unspeakable family tragedy, her bi-Polar younger sister commits suicide but kills the parents of the girls with herself, she is left in a terrible pit of despair. She tries her hardest to climb out but there are reminders all around her, and her boyfriend Christian (Jack Reynor), though understanding, is ill equipped to deal with grief on this level. It does not help he had plans to end his relationship with before summer break, partially egged on by his buddies, in particular Mark (Will Poulter) a misogynistic young man who has a dislike for Dani, claiming she is far too needy.

When he announces he is going to Sweden for the summer, Dani reluctantly tags along, though her going along seems like a bad idea from the start. Once again, her grief is easily triggered and it does not much for her to be a weeping mess.

Arriving in Sweden they journey to their destination, the home of one of the young men in their group, a strange commune inhabited by a hippy like culture adorned in bright white robes with flowers in their hair or around their necks. It is as if the group has been dropped in sixties San Francisco.

There are no dark houses here, no creepy hallways because daylight reigns 24/7, which in itself becomes creepy, you can feel something is off but you can never guess exactly what. Director Ari Aster brilliantly distracts, bobs and weaves throughout this unsettling, troubling film. One would think with daylight constant, secrets would be difficult to keep yet secrets run rampant in the film, very dark ones. Arriving at the commune in the beautiful, lush green countryside, the group finds mind altering drugs and tea are at the ready. Dani however has a bad trip, her sister appearing in her nightmares, terrifying the girl. Though her boyfriend Christian tries, he is fast becoming exasperated with her and it is becoming clear having her on the trip was a huge mistake.

Yet their Swedish friend Pelle (Wilhelm Blomgren) constantly reassures her, lets her know the commune folk understand her pain.

Disrupting and shocking the tranquility of the camp, two older members of the commune throw themselves high off a cliff, one dying, the other managing to survive, only to be shockingly beaten to death by the younger members of the commune who cheer and laugh throughout the killing. Realizing they are in a very different world, some of the newcomers invited for the summer attempt to leave, only to be killed, their screams heard in the woods. Convinced by Pelle that all is well the group stays, but the members of the strange village have plans for each of them.

Sex is used as a power over the men, the women know precisely what they are doing.

As the dancing, chanting, singing and madness reaches a fever pitch the men in the group with Dani realize they are in dire straits, while Dani becomes the Queen of the Festival, allowing her to take a terrible revenge on who has wronged her.

Who will that be? How will they react? Will she escape the madness or become caught up in it?

Aster builds his narrative with great patience unleashing the full insanity in the last thirty to forty minutes. The slow build of dread, is perfectly executed, merging with the sublime force of Pugh’s remarkable awe inspiring performance. Her grief is truly heartbreaking because we know her entire family has been wiped out, which makes her descent into the fanaticism of the commune even more terrifying, because she so needs to belong to a family, she embraces one that allows her to even a score.

Pughis truly astonishing in the film, plummeting to the hell of despair but her eyes shine bright and clear in the throes of the commune’s fanaticism. Blinded by what they stand for, committing murder does not concern her in the least leaving us wondering, how much like her sister is she. This is the sort of punishing performance I suspect exhausts actors, leaves them spent with little more to give. How I would have loved to be on that set when Pugh finished has last shot.

Poulter portrays a complete ass, the kind of guy who makes men ashamed of their gender. This gifted actor has done some substantial work since the delightful Son of Rambow (2006), but has yet to break out. His supporting role in The Revenant (2015) earned him great praise and I was looking forward to seeing him as the murderous clown in It (2017), but he withdrew and was subsequently replaced.

Jack Reynor is cold and withdrawn as Christian, leaving us wondering what Dani ever saw in him? Her grief seems to be little more to him than something in the way that he does not wish to endure.

And as Pelle, Blomgren is an enigma until he can be who he is. We suspect he is hiding something, but I did not think it would be of the magnitude it is.

A rarity in today’s film world, an original. Yes you feel the influence of The Wicker Man and the excellent Canadian film about life in a cult, Ticket to Heaven, but the execution of the narrative is brilliantly fresh and new. 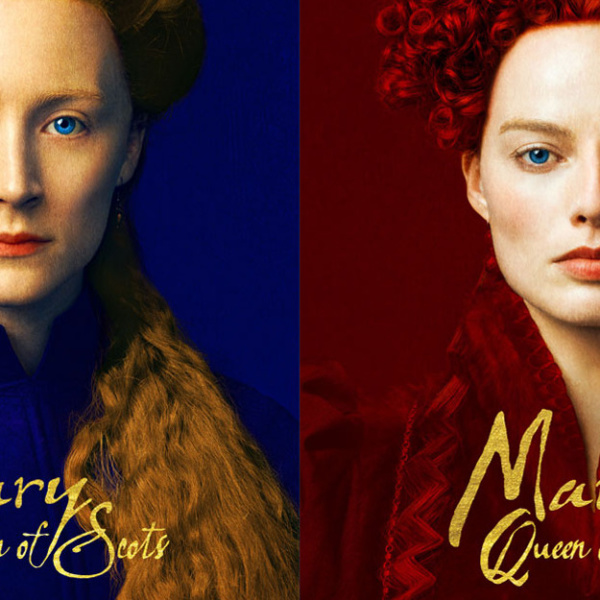 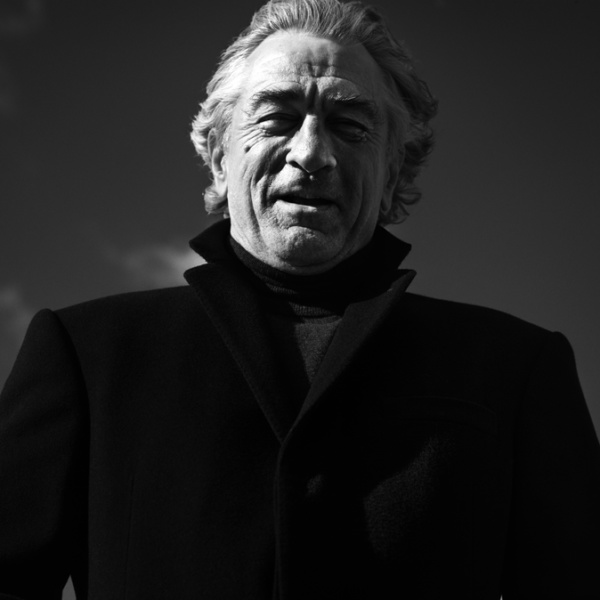