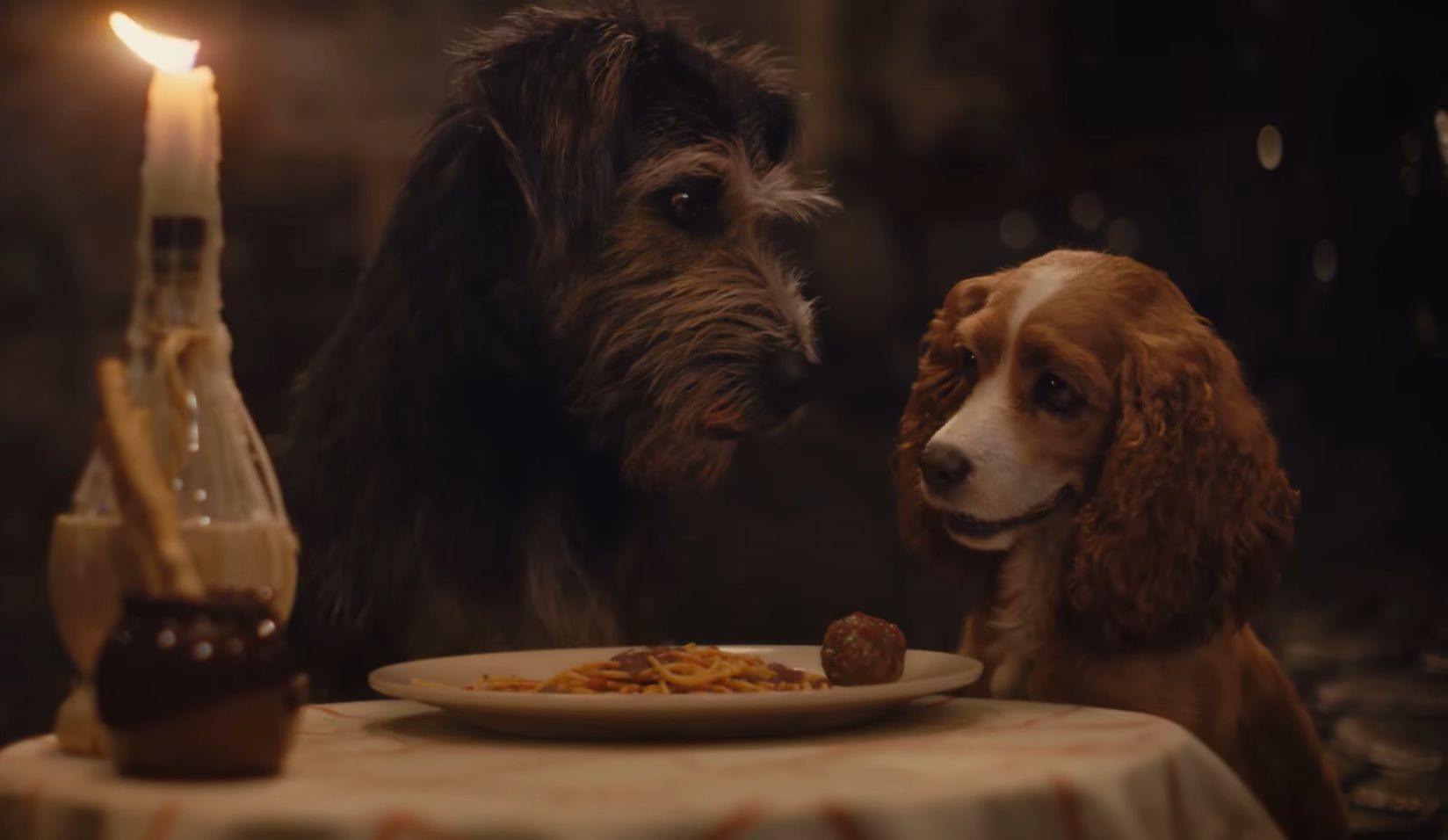 I must open this review with an apology to my colleague Craig (Cal) for crucifying yet another Disney film and again bringing to a review their obscene greed. I suspect Disney films meant a lot to Craig growing up (me too!) but I am appalled by what they are becoming and that studio’s mandate of making money no matter what the quality. Sorry Cal. Truly.

Lady and the Tramp will not be seen in theatres, to Screen it you must join the Disney streaming site online, which I did. A fact of life for we critics, streaming is now a part of our world. Period.

The worst in an increasingly long line (with more to come … God help us) of Disney live action (sort of…) remakes of their classic animated films, Lady and the Tramp suffers from sheer banality. It really is awful. Think about it, what do we really remember about the original film from 1955? If you guessed the spaghetti scene resulting in the accidental kiss between the two star crossed pooches, you are right. My kids watched the movie when they were little, so it was seen at least 50 times in my house but still that is the single moment I recall. Nothing else. And when the great animated classics from Disney are discussed, is this really among them?

So why remake it?

Worse why remake it claiming it is live action when like The Lion King (2019). IT IS NOT! THE ANIMALS ARE ANIMATED TO LOOK HYPER REALISTIC! HOW IS THIS NOT ANIMATION! SO WHY DISNEY? PLEASE … EX-PLA-NATION!!!

More than a billion dollars. Not that this film will come close to that, but collectively, Disney has held an extraordinary year at the box office. Captain Marvel, Dumbo, Aladdin, The Avengers – Endgame and The Lion King together have brought in over two billion dollars, and their Frozen sequel and Star Wars entry still to come, each promising to make at least a billion dollars.

Never under estimate the greed which governs Disney studios, it is obscene. They sit around not creating films but creating franchises which will bring in billions and billions of dollars. You see it does not stop for them with box office dollars, oh no, they will saturate the retail market with toys, games, posters, books, colouring books, soundtracks, clothing, PJ’s for kids, bed sheets, pillow cases, eventually Blu Rays, TV sales, everywhere you look will be Disney characters. Sure, it is brilliant financial planning, but what about art?

As strange and twisted as Walt Disney might have been, he truly cared about his product, his films, his art. He so wanted acceptance from the rest of Hollywood, but for his art, not money. I think seeing this he would ask, why? Why remake it and why are we not using real animals as we did in The Incredible Journey (1961) or Old Yeller (1957)? The live action animal films from Disney were always great family films, and while animals present a level of challenge entirely different than animation, at least it is honest when called live action. Yes, shooting animals on film takes a great deal of time, and though highly trained the animals can be irritating, even impossible to deal with. I suspect Walt would be appalled at what the company bearing his name has become.

Anyway, on to Lady and the Tramp. 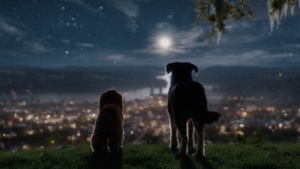 Bland, dull, unoriginal in every way experiencing this film was an exercise in torture. I would prefer a root canal without freezing, performed by an elderly old school dentist with tools from the Old West than having to endure this film again. Gone are the destructive Siamese cats, far too politically incorrect I suppose for Disney the good.

Lady is a pure-bred Cocker Spaniel, Lady (voiced by Tessa Thompson) bought as a puppy by a newly married couple, in the early 1900’s, who for a few years is their darling. But a new baby makes Lady feel like a second-class citizen and she is deeply hurt. Left to be cared for by an aunt more concerned with her destructive cats (mercifully NOT Siamese), Lady ends up in the street, frightened and alone.

Encountering Tramp (voiced by Justin Theroux) she is soon living the life of a dog, and for the first-time having fun. But they also must be aware of the dog catcher and rival dogs.

Yes, the most famous scene from the animated classic is recreated, quite beautifully I might add. But with that came a deep sadness that the great Oscar winning actor F. Murray Abraham, so astonishing as Antonio Salieri in Amadeus (1984), has been reduced to playing one of the cooks who feeds the two love…um, dogs. How very sad and I suspect humiliating for the veteran of film and stage, and a regular on the electrifying Homeland. It is for the lovely recreation of this sequence, Abraham and Sam Elliott’s basset hound that this gets a single star.