Though more recent than most of the films I like to Revisit, The Revenant is a masterpiece no less deserving of celebration for its artistry and daring.

For his visceral, stunning performance in The Revenant (2015), Leonardo DiCaprio finally won a long-overdue Academy Award for Best Actor, and the truth is, he deserved it in every way. Of course, he should have won for his superb work in The Wolf of Wall Street (2013) but I never saw his Oscar for The Revenant as any kind of makeup Oscar, but rather a much-deserved win for an extraordinary performance. His near-silent work in the film was easily the best performance of the year, a startling execution of body language and facial expression and listening, that is a startling reminder acting is so much more than the mere spoken word. Di Caprio had no doubt been close before, for performances that were nominated and for performances that were not, but his work for Scorsese in The Wolf of Wall Street and his performance here represent his finest achievements on the screen.

The word masterpiece is often thrown around far too much by critics, and I am guilty of doing it as well. But when a film washes over you like The Revenant, when the image merges with the words so perfectly, when the director and actors boldly explore their subject matter with an honesty that is striking, the word masterpiece is all that comes to mind. So good on so many levels The Revenant reminds us that cinema is a visual medium first and foremost and that dialogue is not necessary for great cinema. It can be if it is great dialogue, but an image and the performance of the actor can more than make a film great. We are plunged and totally immersed in the world of these characters, in the thick and lush forests of spruce and pine, where the trees tower over the people, where we can all but smell the rich odors in the woods, where the damp soaks into your clothes and skin. Not since Apocalypse Now (1979) have I been so totally plunged into a world I was not familiar with, with such genius. One could erase the dialogue, all of it, and yet the story could still be told just as well. Keep the sounds, the background sound, take away all human voices and you have a film no less brilliant.

With The Revenant, Oscar winner Alejandro Iñárritu connects on a near-spiritual level with actor Leonardo Di Caprio to give us the finest work of both artists careers, they are each extraordinary, and Iñárritu would win a second consecutive Academy Award for Best Director, well deserved and establishing him as one of the finest directors working in modern film.

It is 1823, the land is still unsettled, and money is made by men in the wilderness trapping for furs and pelts. Pristine, stunning, yet a deadly force to be reckoned with, the wilderness is like a supporting character in the film, untouched, and mysterious. It is never as clean as it is in the opening sequences, the rest of the picture bathed in blood and violence.

Hugh Glass (DiCaprio) traps with his young son, a Native boy he loves, and the company they have hired themselves out to. Glass is the chief scout, the most experienced of the group in the wilderness, and seems to lead them directly into a vicious and terrible attack by Indians that claims thirty-three of their group. He does not of course, as the group themselves were being tracked without their knowledge.  Moving downriver, Glass moves into the forest to scout and is attacked by a mother grizzly bear protecting her cubs. Attacked and mauled by a ferocious bear doing what nature has implanted her to do, he is torn to pieces, but not before killing the huge animal first, the two of them rolling over an embankment in a death embrace. The attack, now infamous is one of the most visceral and raw sequences in modern cinema, brutal, swift, and agonizing while we are seeing it happen. The damage done to the human body by a bear can be astounding, and we see it in all its glory here on the big screen. That Glass survives at all is a miracle.

The men sew his wounds shut to stop the blood flow, attempt to help him as best they can but it becomes apparent that he cannot travel with them, they cannot carry him, and he cannot take the pain of the journey. Not expected to live, yet somehow still alive, Glass is left behind by the group, the Captain appointing two men to stay behind and see him through to his death and then give him a proper burial. Fitzgerald (Tom Hardy) has other plans. Angered that his money-making chances have been ruined, he lashes out at Glass by murdering his son and leaving the wounded man for dead.

Seething with rage, the acts of betrayal feeding his will to survive, Glass, forces himself to survive, to live, to at times, literally crawl back to the place he knows Fitzgerald will be. Glass crawls, then walks, more than two hundred miles to exact his revenge on the man who betrayed him. Overcoming what must be extraordinary pain, the kind of blinding pain most men cannot take, he deals with the punishing elements, and the constant threat of Indian attacks, he moves forward, relentlessly doing whatever it takes to survive, to live the night through and move a step closer to Fitzgerald.

When he stumbles into the fort where his fellow hunters are housed, he tells his superior officer, “I ain’t afraid to die, I done it already”, making clear his intent to face Fitzgerald.

And he comes eventually face to face with the man who left him for dead, killed his boy and lied to his superior officers about it and deals out frontier justice.

DiCaprio gives the finest performance of his career, the year’s best performance for sure and one of the great physical performances in the history of the cinema. Watch his face, his eyes, growing colder and meaner as we see watch his punished body come back from the dead in what is surely a miracle of survival. Incidentally, The Revenant means back from the dead or after a long absence, and though DiCaprio often appears ghost-like moving through the wilderness his character is very much alive and focused in every way on getting back. His single-minded fury is getting to Fitzgerald, making the man pay for what he did to the boy and for leaving him for dead.

Once again Iñárritu submerses his audience in a world not experienced before, as he did with his cast in Birdman (2014) and Babel (2006). Aided by two-time Academy Award-winning cinematographer Emmanuel Lubezki, who would win his third consecutive Oscar, they bring the world to life around the actors, like Antonioni, making the wilderness and the ferocity of it a secondary character. Lush green forests, sometimes covered in impossibly white snow, cold, clear water cutting through the land, in the depths of the forest we can just about smell the moss, the leaves, the undergrowth.

Enough cannot be said about the performance of DiCaprio, who for long periods of time in the film says nothing, throwing himself into the performance with an intensity and steely resolve we saw in previous work such as The Wolf of Wall Street (2013). Seething with rage at the injustice done to him, at the killing of his innocent son, his rage turns to ice-cold fury as he moves through the forest, Willard like, on his way to the Kurtz like Fitzgerald, who has impacted his world, and he will not be denied justice. It is an astounding performance from a gifted actor who richly deserved the Oscar he won.

Tom Hardy is equally superb as the cruel Fitzgerald, the icy trapper who commits murder with an ease that is alarming. It is a powerful performance of a man who cares for nothing but himself and his own desires, a selfish, racist sociopath unleashed in the wilderness. Nominated for Best Supporting Actor, Hardy continues to establish himself as one of the finest actors working in film.

The Revenant is a stunning work of art, dark and visceral, its images brilliant, each one perfection, acted brilliantly by the cast. Though a simple story, the simplicity is deceptive as this is about much more than the mere triumph of the human spirit because this human spirit is broken and damaged in every way, emotional, spiritual…. every way.

It was the best film of 2015 and deserved the Best Picture Oscar it lost. A masterpiece. 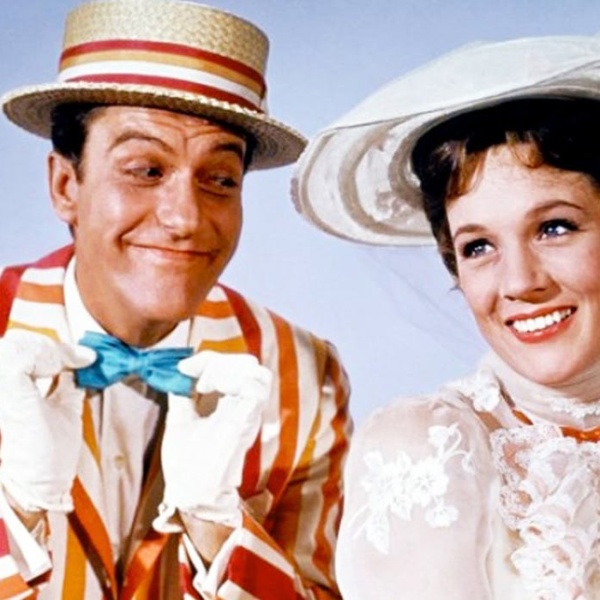