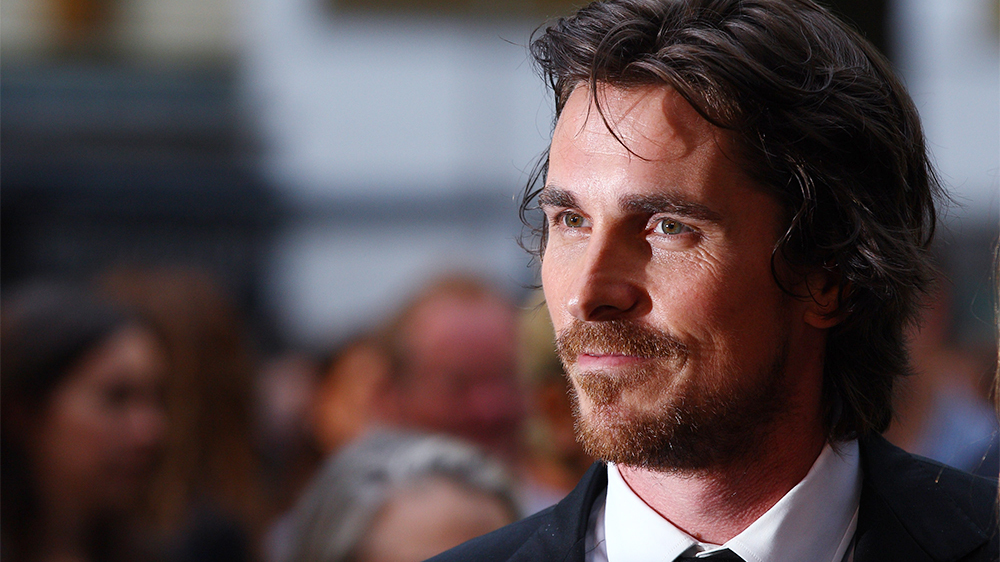 Christian Bale is a rare example of someone who began as a child actor and successfully transitioned into adult roles, although with some speedbumps along the way. He shined as the star of Steven Spielberg’s coming-of-age war drama Empire of the Sun (1987) before starring in the massive musical flop Newsies (1992). After scoring a role as a sleazy bad guy in Shaft (1999), studios were alerted to his skills and he secured the lead role in Mary Harron’s American Psycho (2000), a role that had previously been offered to big stars like Leonardo DiCaprio. Bale has been nominated for 4 Academy Awards, winning one so far. He has lost and gained a significant amount of weight preparing for certain roles, usually shifting between scrawny and muscular. However, starting with American Hustle (2013) (for which he was nominated for the Academy Award for Best Actor), he gained weight to play someone heavier and out of shape. He repeated this process for Vice (2018). Bale was one of several people to play a version of Bob Dylan in Todd Haynes’ unconventional pseudo bio-pic I’m Not There (2007).

While Bale is widely considered to be a “method actor” he has avoided using this label on himself.

Bale is considered by many to be the quintessential Batman, having played the character in three solo films directed by Christopher Nolan.

Bale has already won an Oscar and could soon win a second. His dramatic transformations for roles are the stuff of legend and some have even called him a modern-day Lon Chaney. Over the years, he’s done everything from play Batman to a crack-head Bostonian boxer. His potential seems limitless.

Having portrayed many American characters and appearing in interviews with an American accent, some are still surprised to find out that Bale is a Welsh-born British actor. His natural accent is an English Cockney dialect.

He has shown an open willingness to tackle any character, regardless of how ill-advised or unsuitable for the role he may initially seem. Bale has commented that the only type of film he doesn’t have a desire to make is a romantic comedy, although the actor remains full of surprises. 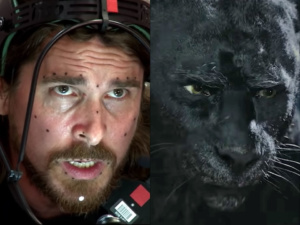 Most readers will probably be aware of Disney’s The Jungle Book (2016) directed by Jon Favreau. However, late last year, the Andy Serkis-directed, non-Disney version of The Jungle Book Mowgli: Legend of the Jungle (2018) was released on Netflix. In the film, Bale takes on the role (via-performance capture) of the black panther Bagheera, Mowgli’s guardian and protector. In the film, Bale’s calm and reassuring performance bleeds through the digital makeup to deliver something unique to his filmography, unlike any other character he has played. As Serkis points out, Bale’s voice is a soft as honey (as described in the source material). 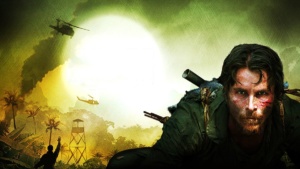 This role falls into the category for which he lost a dramatic amount of weight (although not the most severe example). In this Werner Herzog biofilm, he plays German-born American Naval aviator Dieter Dengler, who was imprisoned as a POW in Laus after his plane crashed during the Vietnam war. Dengler was imprisoned in the camp for 6 months before his miraculous escape through the jungle. For the role, Bale dropped his weight down to play Dengler at his scrawniest, and shot the film’s sequences in reverse, allowing him rise back to a healthy weight in order to play the pre-imprisoned Dengler. He also ate maggots on camera for the film. His performance is on par with some of his best as he hauntingly portrays a man stripped of his freedom; a man who only wanted to fly. Bale underwent significant physical torment on camera, including being strung upside down with an ant’s nest on his face and spun around like a top. This can be seen in the film. 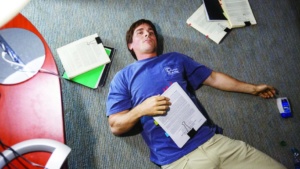 For Bale’s first collaboration with Adam McKay, he played the architect behind the group of men who bet against the United States housing market, exploiting the selfish and underhanded methods used by big banks via mortgage-backed securities. The character is an eccentric loner who does not share screen time with any of the film’s other leads. Bale’s character was digitally enhanced to simulate the movement of a glass eye that the real Burry has. Bale also learned to play the drums for some scenes in the film. He was nominated for the Academy Award for Best Supporting Actor for the film. 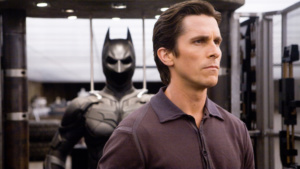 Arguably his most recognizable role, Bale is widely considered to be the best Batman. Portraying the disillusioned Bruce Wayne searching for purpose in Batman Begins (2005) to the seasoned veteran hero of Gotham City in The Dark Knight Rises (2012), Bale is the only actor to really get a chance to play Batman over the span of his entire career. Bale’s muscular physique was only the beginning. He gained 100 pounds for Batman Begins after dropping to a staggering 121 lbs for The Machinist (2004). Over three films he held his own against Tom Hardy’s Bane and Heath Ledger’s Joker – the greatest cinematic villain since Anthony Hopkins first portrayed Hannibal Lecter in The Silence of the Lambs (1991). 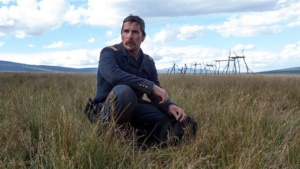 The caped crusader isn’t the only heroic archetype Bale has explored. In this stunning western, he plays Union Army Captain Joseph J. Blocker, a veteran of the Indian Wars. He is tasked on a directive from President Harrison, he is to escort dying Cheyenne war chief and four members of his family back to their tribal lands in Montana. His own hatred of the Cheyenne chief tasks him as he saw many of his comrades fall at the hands of the chief and his tribe. Bale’s riveting performance is stoic and confident, reserved and convincing; severely overlooked during that year’s awards season. 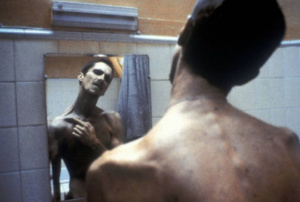 Arguably the most drastic physical transformation the actor has ever gone through, Trevor Reznik is a gaunt insomniac riddled with guilt for a crime he doesn’t remember committing. Bale sustained himself on a can of tuna and one apple per day by the time of shooting, having dropped to a skeletal 121 pounds. Something even more impressive is that during production of this film, he was cast as Batman, having to gain a full 100 pounds to play the superhero; breaking all previous records for an actor. 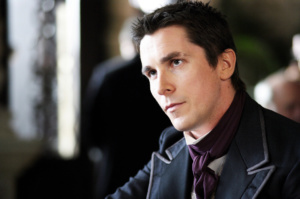 This Christopher Nolan drama/thriller explains the three parts to any magic trick: the pledge, the turn, and the prestige. The movie itself acts as one giant magic trick on the audience. Bale plays Alfred Borden, a cockney magician in Victorian England who shares a friendship and later rivalry with Robert Angier (Hugh Jackman), an American. Bale’s intricately nuanced performance cannot truly be appreciated until the film’s plot twist is revealed. At that point, the already impressive role becomes something else entirely once you realize what was actually going on the whole time. 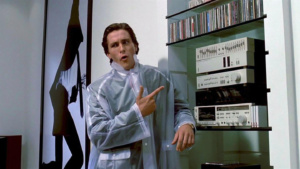 The infamous novel by Bret Easton Ellis was controversial upon release and was even heavily criticized by famous feminist Gloria Steinem (who later went on to marry Christian Bale’s father). A budding satire on the yuppie wall street culture of 1980’s America, the bizarre film plays like a twisted chronicling of into the mind of a vapid killing machine. Bale acts as the unreliable narrator as he explains his twisted desires to fit in with high society, focusing more on whether or not he can get a good table at a fancy restaurant than why he chooses to murder countless people. In the end, we’re not sure if any of it actually happened. Bale’s manic-depressive performance is electric and fascinating, a tough character to pull off. 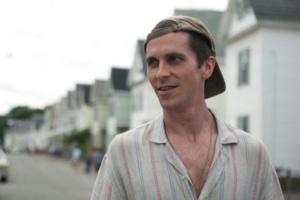 This role was previously offered to Brad Pitt before Bale signed on to play real-life boxer Dick Eklund. Once again losing weight for a role, Bale dove in head-first in order to play the boxer/trainer/brother to fighter Micky Ward (Mark Wahlberg), who (aside from having considerable skill in the ring) was dealing with a seriously debilitating addiction to crack-cocaine. Bale spent countless time with the real Eklund to study the character, adopted a flawless Bostonian accent and learned to box for the role. In an impressive film with a stellar cast, Bale shined through and steals every scene he is in. The movie won Bale the Academy Award for Best Supporting Actor. 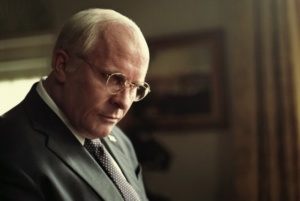 In what many considered to be a bizarre bit of casting, The Big Short director Adam McKay recruited Bale to portray the 46th Vice President of the United States. After gaining 40 lbs, shaving his head and bleaching his eyebrows, Bale was ready for the makeup chair. The crew behind the film managed to convincingly make the 44-year-old actor look the part, but preparation isn’t performance. However, it was evident from the release of the first trailer that Bale had gone all-in. He moved like Cheney. He spoke like Cheney (utilizing the “side of the mouth” manner in which the VP is recognizable). He BREATHED like Cheney. He simply became Cheney. Bale is utterly unrecognizable even in the scenes where he plays a younger Cheney. A miraculous transformation to behold. We do not yet know if Bale will win the Oscar for Best Actor later this month, but he certainly has my vote; his finest performance to date. 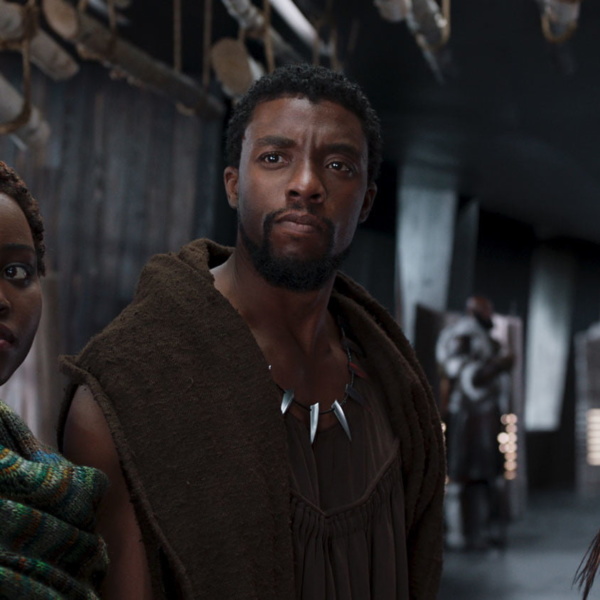 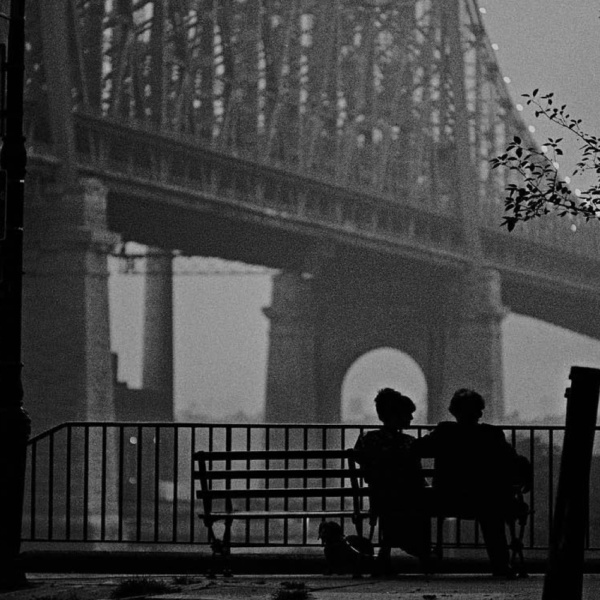