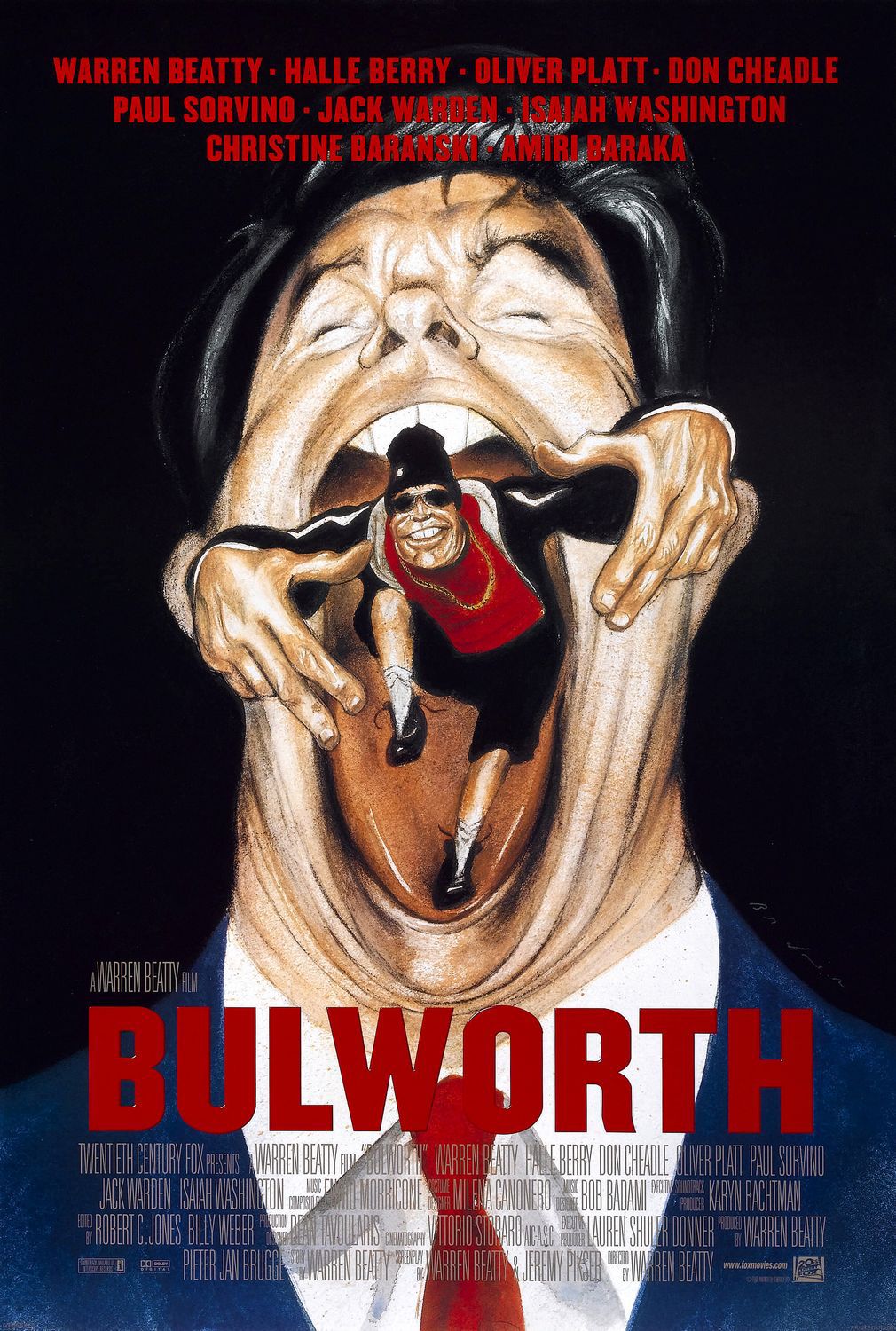 “You got to be a spirit…don’t need no more ghosts.”

How was this ignored?

A single Academy Award nomination for Best Original Screenplay when this lacerating, often searing comedy deserved so much more. One of the finest films in Warren Beatty’s career, arguably his finest performance, the film received rave reviews when it opened in the late summer of 1998. No political film was as brutally honest, as funny, or as painfully accurate as Beatty’s film, as the film torched the American racial landscape. Beatty said what everyone was thinking in California in the nineties about the race issues, specifically black and white. Rarely had a political satire been as scathing an attack on society, on government as this brilliant film was. Unique about the film is that Bulworth spoke as a black man, he found his voice in the ghetto, and once he starts he cannot be stopped.

Beatty once again directed, acted in, produced and co-wrote Bulworth (1998), the fourth film he had directed but the single most unexpected. Warren Beatty as a rapping, hip homeboy? It will never work, most would say, but never…ever, underestimate the genius of Warren Beatty.

Senator Jay Bulworth (Beatty) is having a full-scale nervous breakdown. The upcoming reelection campaign has gone poorly, he is losing in the polls and his wife is cheating on him. So he takes out a massive insurance policy and hires a hitman to kill him, sometime over the course of the weekend.

Then, his inhibitions released he begins speaking exactly what is on his mind, he stuns the nation with his radical turnabout. Rather than saying what his wealthy campaign contributors wish to hear he attacks them, and brings to light the plight of the black Americans living well below the poverty line, their children doomed to a life of crime selling drugs because they are poorly educated and lack ambition. Needless to say, his advisors and Chief of Staff Murphy (Oliver Platt) are stunned and more than a little concerned, especially when the senator lays his eyes on Nina (Halle Berry) a whip-smart black woman with roots deep in the hood. Smitten, Bulworth spends a night in a black club with Nina, dancing, drinking, smoking a joint or three, doing everything but what he should be doing to get elected. Though they manage to get him to an event the next day, instead of giving a speech, he begins rapping his speech, rhyming the words as he weaves through the startled audience.

Astonished with low liberated he feels, Bulworth tries to call off the hit, and thinking he has, hides out in the hood with Nina and her family. It is here he sees the crushing impact of his government on Black America. His clothes drenched he puts on what Nina gives him, the clothes of a young black man living in the hood. He hits the streets like this and discovers a group of pre-teen drug pushers, called soldiers who are carrying weapons and not the least bit afraid of him. Stunned by what he sees he buys them ice cream and watches as they sit on the curb eating their treats. Up roll the police and at once begin harassing the kids, bringing Bulworth running back. The police recognize home and stop harassing the kids, in fact, they are forced to apologize! When the local drug lord, LD (Don Cheadle) sees this he comes back, picks up Bulworth and takes him to his place, where he attempts to justify his operation to the senator. Stunned at what he is being told, Bulworth chastises him before leaving, calling him a scumbag.

Whisked away to his TV interview, Bulworth arrives dressed like a ghetto homeboy, complete with short pants, a hat, and sunglasses. He sits down in his chair, initially saying nothing until he starts with “Obscenity?” And begins a vicious rap rhyme about how he believes the government keeps the black man down. It is an angry rant, but chilling in its accuracy and genius. It becomes clear Bulworth has given himself over to an entirely new cause that will see him fight for the black man. Listen to his rapping, how it grows, becoming more substantial, more powerful as his own awareness grows. It is the heart of the film, and it sounds off with lacerating power.

Warren Beatty is astounding in the film as Jay Bulworth. Never before has he been so loose, so playful, giving himself over completely to the evolution of the character into a rapper. Watch him walk in his suit, then watch him in the homeboy gear, the swagger, the confidence, the pumping arms, he is a man on a mission. Beatty has always been a gifted comedian, though his reputation is that of a dramatic actor. He was wonderful as the Lothario hairdresser George in Shampoo (1975) and even better as Joe, the dead football player in Heaven Can Wait (1978). But then he directed, wrote, produced and starred in Reds (1981) where he flexed his dramatic muscles, winning an Academy Award for Best Director. He joined Orson Welles as the only man to be nominated for four Oscars for a single film. After the crushing failure of Ishtar (1987), in which he was again very funny, he decided to try his hand with Disney, directing Dick Tracy (1990) for them. Sadly, though an interesting creation of primary colour sets and wardrobe, by 1990 who the hell was Dick Tracy? Audiences just did not go.

But they did indeed go to see him as Bugsy (1991), a frightening biography of gangster-Visionary Ben Siegel, who would essentially create Las Vegas. A psychotic killer for the mob, no question, Siegel was among the most dangerous of gangsters. Beatty was brilliant in the film, creating a man with a volcanic temper and uncontrollable homicidal fury, who fancied himself a man able to mix with Hollywood stars when it was widely known he was a killer! Nominated for an Oscar as Best Actor, it was until Bulworth (1998) his best work as an actor. What makes Bulworth work is the near giddy delight Beatty uses to portray the senator. Thrilled that his truth has helped his campaign, his eyes are opened by the night he spends in the hood, he will never be the same.

When Halle Berry won her Academy Award for Best Actress, she thanked Warren Beatty, though he had nothing to do with her film Monster’s Ball (2001). That expression of gratitude was for casting her here in Bulworth (1998) for seeing something in her no one else did. Beatty saw intellect beneath the beauty, he understood what it was to be underestimated. Berry is terrific as Nina, the smoking hot hood girl who is so much more than she seems. The May-December romance with Bulworth works because of Berry, we see her estimation of Bulworth growing with each moment she spends with him.

Don Cheadle quietly seethes as the drug lord who takes Bulworth’s message to heart and makes a life-altering decision, while Oliver Platt is hysterically funny as Bulworth’s Chief Of Staff, Be it bewildered by his boss’s antics, or coked up talking to a bemused Larry King.

Amiri Baraka fills the screen with metaphysical energy whenever he appears as a homeless man, who like a Greek chorus talks about Bulworth being a spirit, not a ghost. When Bobby Kennedy was gunned down, his spirit lived on. Will the same happen with Bulworth if the paid for assassin finds him?

The film spoke topically, with urgency to the rising issues between black and white in California. Giddy with delight about what Beatty is daring to accomplish, everything about this bold, in your face film, works. Remember California in the nineties? Rodney King, the acquittal of OJ of murder, the race riots, South Central LA, the near constant profiling of young black kids for no reason other than the colour of their skin! Beatty captured all of that, and the simmering anger just below the surface of blacks, ready to explode. Bulworth, when released, finds himself more at home in the ghetto with Nina’s family than in the stifled, phony world he came from.

Few films of the nineties spoke to the decade as accurately and with such aggressive honesty as Bulworth (1998).

THE 15 GREATEST FILMS OF MARTIN SCORSESE 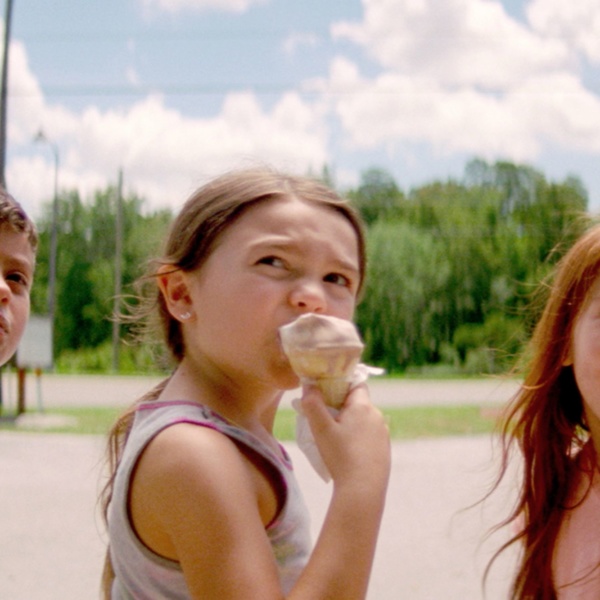