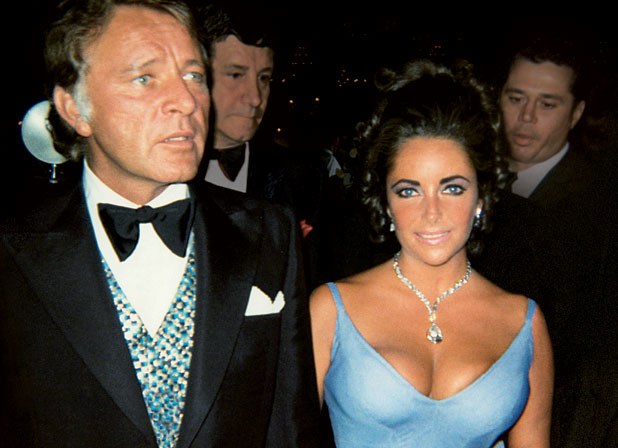 A few weeks back I looked at some major actresses and stars who were overlooked for recognition by the Academy Awards. It was an extensive list, with a lot of head scratchers that really made you question some of the Academy’s choices over the years. Same is true on the male side – when you start digging and realize there was no competitive Oscar recognition for Cary Grant, Edward G. Robinson, and Richard Burton, among others – the Oscar junkie debate continues. These are some of the names that – for whatever reason – didn’t make it to Oscar’s winner circle. Burton was nominated seven times, but never won. His nominations came for My Cousin Rachel (1952), The Robe (1953), Becket (1964), The Spy Who Came in From the Cold (1965), Who’s Afraid of Virginia Woolf? (1966), Anne of the Thousand Days (1969), and Equus (1977). I question the nomination for The Robe (a bad film and a two-dimensional performance), but all the others were deserved. It would have been nice to see him there in 1967 for The Taming of the Shrew – a beautifully realized comic performance – but that was a very competitive year. But what I will never understand is his loss for Who’s Afraid of Virginia Woolf? Winner Paul Scofield is good in A Man for All Seasons, but Burton’s work as Edward Albee’s George is one of the great performances of all time. He’s the perfect counterpart to Elizabeth Taylor’s volcanic work as Martha – they’re a spectacular team – but it’s Burton who grounds the film. This was a career peak for him. Cotton seemed to be one of those actors who was always around in the forties and fifties, always good, always respected but never really a big star. He had a film career that stretched from 1938 to 1981 and included numerous classics – Citizen Kane (1941), The Magnificent Ambersons (1942), Shadow of a Doubt (1943), Gaslight (1944), The Farmer’s Daughter (1947), The Third Man (1949), Niagara (1953), and Hush … Hush, Sweet Charlotte (1964). But not one Oscar nomination. Three of his performances should have been recognized. First up is his supporting work in Citizen Kane – a great performance as one of the many people caught up in Kane’s destructive life. It’s 1941s best performance by a supporting actor. He should have been in the running for Best Actor for his killer in Hitchcock’s Shadow of a Doubt – a truly nasty piece of work – and for his lost soul in 1949’s superb The Third Man, one of the great noir mysteries of all time. A big star in the fifties and sixties, Douglas was known as a handsome, incredibly intense actor who had a wider range than his initial screen appearances indicated. He was able to play the outsider, the hero, and the tyrant. He could be sympathetic, funny, tough, sexy and sometimes just plain mean. But he never won an Oscar, despite deserved nominations for Champion (1949), Detective Story (1951), The Bad and the Beautiful (1952) and Lust for Life (1956). Additional nominations could have come his way for his supporting performance in the classic noir Out of the Past (1947), the hero with a conscience in Stanley Kubrick’s anti-war classic Paths of Glory (1957), and for his very physical and emotional work in Kubrick’s Spartacus (1960). But it’s his work as the amoral, charismatic producer in Vincente Minnelli’s excellent The Bad and the Beautiful that should have won him the gold. He’s near the top of everyone’s list when listing Oscar’s most outrageous snubs. He was nominated twice for dramatic roles – Penny Serenade (1941) and None but the Lonely Heart (1944). They’re both good performance – particularly None but the Lonely Heart – but not nearly among his best. The fact that Grant wasn’t nominated for any of his classic comedies highlights the repeated criticism that that the Oscars have a thing against comedic performances. Grant should have been on the list of Best Actor nominees for two classics – The Awful Truth (1937) and Bringing Up Baby (1938). He should have also been there for three films he did with Alfred Hitchcock: 1941’s Suspicion (instead of his nomination that same year for Penny Serenade), Notorious (1946) and North by Northwest (1959). And that classic should have won him the Oscar. It’s a funny, slick and pitch perfect performance. He, along with Sophia Loren, helped define Italian cinema in the sixties and seventies. Handsome, thoughtful, funny – he was a good actor and, when working in his native Italian, a spectacular screen presence. Mastroianni was recognized with three Oscar nominations for Best Actor for his performances in Divorce Italian Style (1962), A Special Day (1977), and Dark Eyes (1987). A Special Day is his finest work and the one that should have seen him win that year over Richard Dreyfuss’ fun but lightweight work in The Goodbye Girl. Loren and Mastroianni star as a housewife and a homosexual in 1930s Italy – they meet on a day when everyone else is off watching the historic meeting of Mussolini and Hitler. It’s a beautiful film with both performers at their best. I would also like to have seen Mastroianni in the running for Best Actor in 1961 for the seminal La Dolce Vita and again in 1963 for Fellini’s 8 ½. Two great films with Mastroianni front and centre. Along with Edward G. Robinson and Cary Grant, this is the one that’s the most frustrating. Mitchum was a strong and riveting screen presence from the mid-forties onward. He did receive a nomination as Best Supporting Actor for his breakthrough film, The Story of G.I. Joe (1945), but that’s it. My guess is that Mitchum made it seem too easy in much the same way John Wayne did – he was never one for histrionics, but he could play tough, sincere, and menacing with laconic approach that was deceiving. He should have been among the Best Actor nominees for both The Night of the Hunger (1955) and Heaven Knows, Mr. Allison (1957) – and either one could have carried him to victory. Other possible nominations could easily have come his way for Out of the Past (1947), The Sundowners (1960), Cape Fear (1962) – a terrifying performance – and The Friends of Eddie Coyle (1973). Although O’Toole has many who will defend his work in David Lean’s Lawrence of Arabia (1962) as his best – it is a wonderful performance – but for me there are few better performances than the one he gave as the aging Henry II in the excellent adaptation of The Lion in Winter (1968). It’s an incredibly layered, physical and moving portrayal and his verbal sparring with Katharine Hepburn as his wife, Eleanor of Aquitaine, is beyond entertaining. Hepburn deservedly won her third Oscar that year in a tie with Barbra Streisand (for Funny Girl). O’Toole lost to Cliff Robertson for Charly – an OK performance in a pedestrian film. It’s one of those wins that’s provides never ending frustration for Oscar-philes. O’Toole holds the record for the most nominations without a win – and he deserved each nomination: Lawrence of Arabia (1962), Becket (1964), The Lion in Winter (1968), Goodbye Mr. Chips (1969), The Ruling Class (1972), The Stunt Man (1980), My Favorite Year (1982), and Venus (2006). 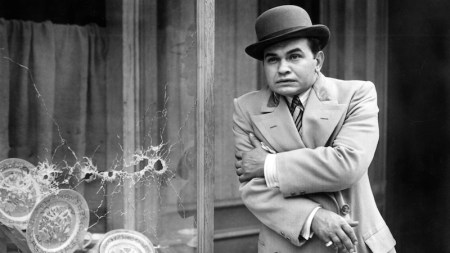 A tough guy on par with James Cagney and, also like Cagney, an excellent actor. But, despite a career of memorable performances showcasing his range as an actor, not one nomination for an Oscar. Like others on this list he was rewarded with a special Oscar at the end of his career, but these always feel like “make up” awards. He broke through in a major way with Little Caesar (1931), a tough, brutal film and a very tough performance. It should have brought him his first Oscar nomination. Other films that should have had him in the final five include Dr. Erlich’s Magic Bullet (1940), The Sea Wolf (1941) and his strong supporting turns in Double Indemnity (1944), Key Largo (1948) and The Cincinnati Kid (1965). His smart, tenacious work as the insurance analyst in Double Indemnity is the perfect foil for Fred MacMurray and his tough, old-time gambler in The Cincinnati Kid should have won Robinson Best Supporting Actor in 1965. 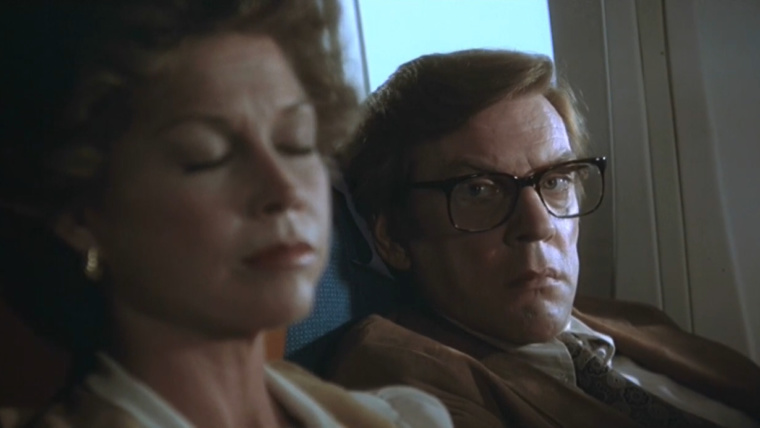 Sutherland was finally recognized by the Academy with a special Oscar last year but, throughout a film career that started in the late sixties, Sutherland never made the list of nominees. It’s a tremendous oversight for one of the most consistent and talented actors in the business. It would have been nice to see both Sutherland and Elliot Gould in the mix in 1970 for M*A*S*H, but it was a competitive year and there just wasn’t room. I think his work (and that of Julie Christie) in the classic thriller Don’t Look Now (1973) is among the top performances of the year. His most overlooked work – considering nominations went to all his co-stars – was in Robert Redford’s Ordinary People (1980). Sutherland is the calm centre in that film and it remains one of his best performances.

And this is just a sampling. Others who have never made it to the Oscar podium as a winner for an acting Oscar include John Garfield, William Powell, Claude Rains, Rock Hudson, James Dean, Fred Astaire, Gene Kelly, Mickey Rooney, Burt Reynolds, Robert Redford, Warren Beatty, Clint Eastwood, Richard Gere, and many others. But of course, Kevin Spacey has two. 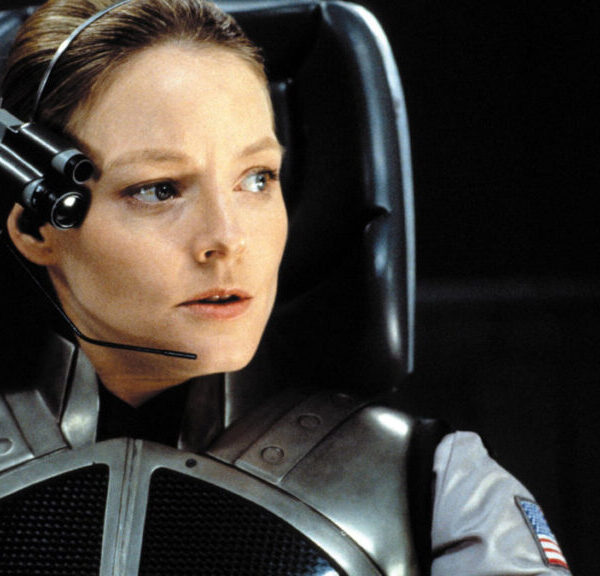