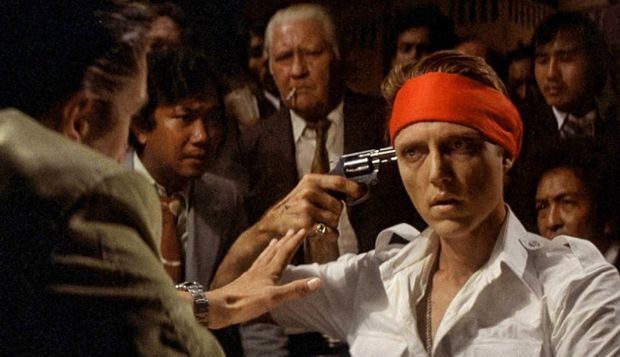 By the time it had won five Academy Awards including Best Picture and Best Director (Michael Cimino) the backlash against The Deer Hunter (1978) had been going on for several weeks. One of the first films to deal with war in Vietnam and how it impacted men and women who fought and those who remained behind, it followed the vastly superior Coming Home (1978) into theatres, opening nine months after Hal Ashby’s beautiful film. A sharp-eyed reporter for the New York Times began digging into director-writer Michael Cimino’s past and found several irregularities in his life story, at least the one he posed to the press.

At first, because Cimino told the press so, the thoughts on The Deer Hunter (1978) were that Cimino had made a masterpiece, a towering statement on the war in Vietnam from a man who had fought there, an honest film based on his experiences in Viet Nam. Cimino let the story unfold slowly, over his three-hour film, the opening act nearly ninety minutes long set in the hometown of the characters before they even leave for the war. Perhaps forty-five minutes was spent in the inferno of war, horrific, intense sequences that had audiences squirming, and igniting American anger all over again. They are unquestionably well directed, even brilliant, though what followed had an impact even on that thinking.

Early screenings compared the film to The Godfather (1972), hailed the movie an American masterpiece and critic declared it the film to beat for the Academy Award.

Cimino had directed the Clint Eastwood box office hit Thunderbolt and Lightfoot (1974) and wrote some screenplays, did some doctoring work here and there, but was hardly an industry player or power. His career directing commercials was stellar, but how did he convince a studio to finance a film, a three-hour film at that, about the war in Vietnam? How did he manage to talk the suits into producing a film which the script makes clear has little or no dialogue for the first five pages? And why did the studio agree to produce a film that treated the Viet Cong as unfeeling, murdering monsters who forced American soldiers to play Russian Roulette while they bet on the outcome? Was no one thinking?

It turns out Cimino was much smarter than they were and managed to sell himself as something it turned out, he was not. He would do the same thing on his next film, Heaven’s Gate (1980) ultimately destroying a decades old studio.

Cimino convinced EMI and Universal he was a Vietnam war veteran, that American audiences were for the first time going to see what really happened over there. He was going to show what he had experienced or seen, and as a vet had tremendous insight. Everything on the screen would be the truth. The studio chiefs must have had wet dreams thinking about this, a film by a real Viet Nam vet that could be in theatres long before Francis Ford Coppola’s Viet Nam epic Apocalypse Now (1979)?

But when the New York Times did some digging, as they do when profiling a director, they found some disturbing things. It began with lying about his age, which is no big deal in Hollywood, but then he lied about his degree. Then he lied about The Deer Hunter being his original story, it certainly was not. The screenplay came to him as The Man Who Came to Play, written by another writer, through producer Michael Deeley which contained sequences with, guess what? Russian Roulette. Digging further the Times found that Cimino had not been in the US military, ever, in fact had not been out of the country until he shot the film. Thus, Cimino, who had stated emphatically he had wrote about what he witnessed…lied. In every way he lied. He had not fought in Vietnam, he had not been attached to a medical unit, he had not been there. He had not witnessed torture as he said he had, he had not witnessed anything because he had not been there. He lied. Over and over and over, he lied.

Again, he had not served in Vietnam.

Ever. In fact, he had never been out of the United States until he made The Deer Hunter.

He lied, Michael Cimino was a liar.

The entire backstory about how he wrote about his experiences was a complete lie because Cimino had not been in Vietnam, he had not seen anyone tortured with Russian Roulette, he had not experienced the cruelty of the Viet Cong. The film was fascist, irresponsible, racist, portraying the Viet Cong as absolute, inhuman monsters, murderers, and gleeful killers at that. According to Cimino they did not value life, especially the lives of the Americans and they had no remorse at what they did to the American soldiers.

One of his staff would later muse, “I do not know if Mike just lies from time to time, or if he is an outright pathological liar…it is kind of scary, but you cannot believe a word coming out of his mouth!” The person that spoke that was a friend of Cimino’s, imagine what his enemies were saying?

Worse than his lies were his portrayals in the film of the Viet Cong. For anyone who has seen the film, seared into our minds are a tow-headed little boss man shouting ” Mow!” at whoever has the gun, ordering them to take a shot at themselves in the Russian Roulette game. With no regards for human life, this character is a monster and seems representative of the entire Viet Cong population. It was a shameful thing to do.

HIs habit of lying would follow him onto the set of his next film Heaven’s Gate (1980), where his self-indulgence ran the nine-million-dollar budget to forty-four million, and the film, bankrupted one of the oldest studios in Hollywood. Through it all, Cimino maintained a smug arrogance that became his undoing.

Watching The Deer Hunter (1978), forty years after its release, the film is not without power. But none of that power has anything to do with the sequences in Viet Nam, which are horribly tainted because of the lies surrounding them. The first ninety minutes are breathtaking, a stunning sequence about the love these men leaving for war have for their town and each other. More than war the film is about friendship, America, and loyalty. Had he removed the Russian Roulette sequences, he might have a great film, but of course he would not even consider such a thing. The truth be told, the middle section of the film, the war scenes are the film’s downfall, one because they are false, and two because they are exploitive. The rumours that Robert De Niro had a lot to do with directing the film, chiefly the actors, certainly seem to have validity. The performances in the film are excellent, from De Niro’s stoic character, ironically named Michael, through Walken’s emotionally damaged Nick, Meryl Streep’s trusting girl back home and best of all the abject terror displayed by John Savage during the scenes in Viet Nam. Through he years, rumours come and go that De Niro guided the actors and given that never again did Cimino have performances remotely close to these, it becomes easy to believe.

There were two films released in 1978 about the war in Viet Nam, the first being Hal Ashby’s brilliant, melancholy Coming Home (1978) which dealt with the men coming back to America after their time in Viet Nam. There was not a single battle sequence in the film. Bolstered by a trio of stunning performances from Jon Voight, Jane Fonda and Bruce Dern, the film portrayed with haunting accuracy the impact of that terrible war on the minds and bodies of the men who fought it. Coming Home (1978) opened in the early part of the year and received very good reviews and was re-released in December of the year when it began winning prizes from the nations film critic communities. Nominated for eight Academy Awards including Best Picture, Best Director, Actor, Actress, Supporting Actor and Supporting Actress, it would win three awards. Both Voight and Fonda took home leading actor and actress awards, and the original screenplay took the prize from under the nose of The Deer Hunter (1978).

Cimino’s film would win Best Picture and Best Director, a supporting actor award for Christopher Walken, Best Sound and Best Film Editing. Cimino had previously won the Directors Guild of America Award for Best Director, which made him a virtual slam dunk for the Academy Award. However even by Oscar night the whispers of discontent surrounding The Deer Hunter (1978) had begun, Cimino attacked by Jane Fonda backstage for making an irresponsible film. The thinking shortly after was, had the voting came after the lies were discovered, no way the film, or Cimino wins, the Oscar would have gone s it should have to Coming Home (1978) and Hal Ashby.

His legacy of lies followed him to his next film, Heaven’s Gate (1980) where his treatment of the studio executives was shameful, his blatant disregard for his contract an embarrassment, his film a startling showcase of excess and self-indulgence, that like The Deer Hunter (1978) has moments of brilliance. No question, Cimino is a craftsman, but he has little or no talent with actors, no means to be subtle, and no real storytelling technique. He never again made a film that earned the attention of The Deer Hunter (1978) and was a virtual pariah until his death in 2016.

Sadly, the legacy of lies he brought to The Deer Hunter (1978) lives on. 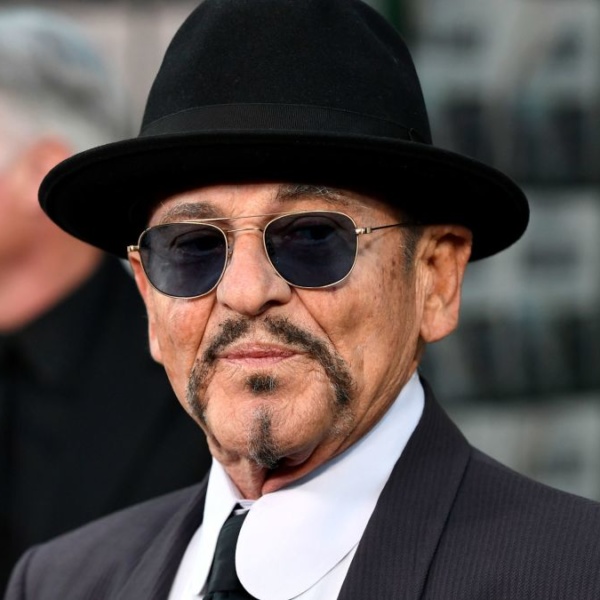