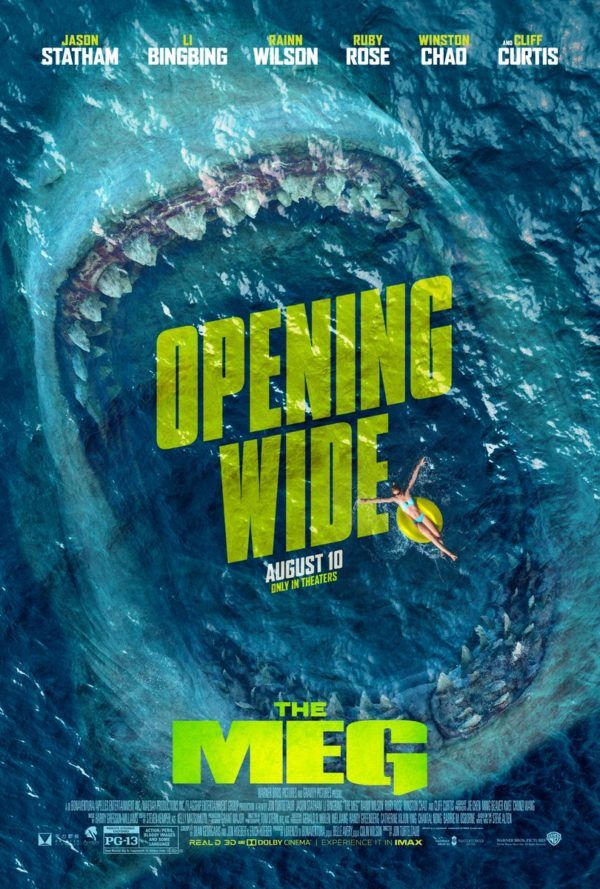 In about ten years when asked what my guilty pleasure are I suspect The Meg to be among them.

Extraordinarily stupid, yet wildly entertaining and quite well crafted the film is a typical summer entertainment. Place your brain in the fridge, go see the film, never once think about it and replace your brain when you come home, it is all very simple.

When the makers set out to make a shark movie, they must know they can never do better than Steven Spielberg did with Jaws (1975) which is not a great shark movie, it is a stunning film achievement, a masterpiece of terror. Remember he achieved that level of pure, primal terror without showing the shark all that much, fleeting glimpses here and there until the end when we finally see the beast. SPielberg worked on the audiences differently, showing the shark’s damage to the human body, the fact it makes the woman in the opening just disappear as though she had never existed, a geyser of blood erupts during one attack, and we often saw the point of view of the creature, even more terrifying. And of course that score, one of the most profound in movie history. SO no chance the makers of The Meg are going to top that and they know that going in.

Good for them. They do not try to top it, they make their own movie, and though it is very silly, I was thoroughly entertained from beginning to the goofy end.

Jonas Taylor (Jason Statham) is a former US Navy officer and deep sea rescue expert who is called back into duty with a strange assignment. Something has attacked a submersible, off the coast of China and he is asked to see if he can save those onboard. Fairly certain of what the attacker is, he takes the assignment, and part way through his theory is found to be spot on, the creature attacking is a seventy five foot megalodon shark, a prehistoric creature thought long dead, but that has survived in the depths of the sea undetected. Once their operation off the coast is complete, they head back to land but discover the shark has followed them, and is about to begin feasting on the bounty of bathers in the warm ocean waters.

Director Jon Turteltaub puts action before everything, a smart move because the moment anyone starts thinking about all of this the movie is in deep trouble. The scenes with the shark contain better than average special effects, so the creature is particularly terrifying, with its mouth filled with teeth that can swallow a vessel whole, go after dozens of bathers in one gulp, the thing is quite a terrifying creation. With the advancement in visual effects, the makers were permitted to show off a bit, and show off they do, a lot. The shark is an ever present character, we see a lot of it, but you know what? Not once was as I frightened as I was watching Jaws (1975) all those years ago. Spielberg struck a primal cord, a genuine fear of not knowing what was beneath us in the water, and he created with his actors characters we cared about.

Nothing of the kind happens here.

Aside from Stratham, who has one of the best eye rolls in movies, one of the best glares of a guy getting ready for business, and a seeming knowledge that the movie is a huge mess of a thing, no one makes an impression. Like Jon Voight in Anaconda (1997), Statham knows the material is not great, so he just has fun doing what he does best, which is running, swimming, diving, fighting, he is always in motion. Yet even with that he is not hard to accept as an expert on Navy rescue, he projects an intellect that surprised me.

The shark scenes are, obviously the best in the film, especially those showing the audience just how big this thing is. Swimming underneath oblivious bathers it looks like a football field come to life, and when it attacks it is a force of violence we cannot comprehend. The solution as to how to stop the creature is actually pretty astute, and makes sense (as long as you do not think too long) for the film.

Not a single actor in the supporting cast, except the shark makes the least of an impression. No one. This is an action movie and the cast does not matter. They are there to be eaten, to run, scream, look terrified, and swim fast. I suppose they do it quite well.

The Meg will win no Oscars, unless it becomes popular thereby qualifying for the stupid new Oscar Best Popular Film, but it is an entertaining bit of fluff. I was riveted to the screen for the full running time, did not yawn or look at my watch, did not gaze around looking to see who was watching and who was not. My eyes were on the screen the entire time. They had me, I just wish the film was better.

That said, I will watch it again sometime, and again, even again. 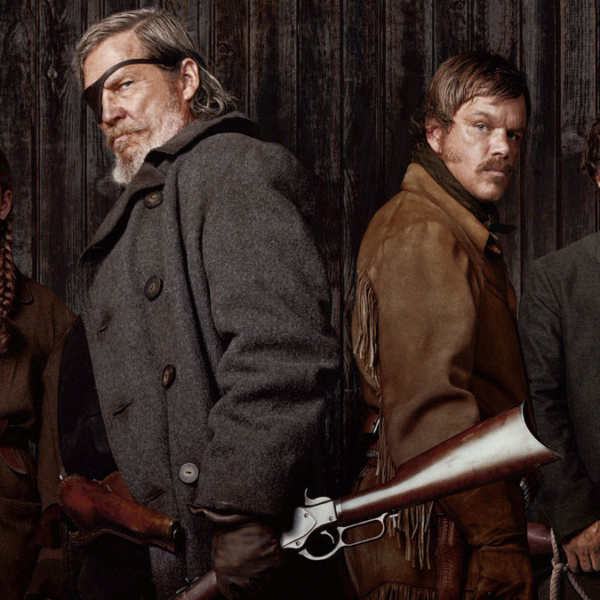