Stephen King, in his 1981 book “Danse Macabre” called the 1959 novel The Haunting of Hill House by Shirley Jackson “one of the finest horror novels of the late 20th century”.  Furthermore, the Wall Street Journal labels Jackson’s book “the greatest haunted-house story ever written.”  With praise of this magnitude, it is not surprising that the novel needed to be immortalized in film.  Not once, but twice – in 1963 and again in 1999, and now in a TV series reboot presently in the works for Netflix.

Shortly after the book’s release, the novel was reviewed in Time Magazine where it was read by director Robert Wise.  Wise was in post-production of West Side Story (1961) at the time and looking for his next project.  Upon obtaining and reading the novel, Wise set out to obtain the rights to film the story.  In 1963 the story, now called simply The Haunting (1963), was adapted by Nelson Gidding (whom Wise had worked with on I Want To Live (1958) staring Susan Hayward) and directed by Wise creating the classic film we see today.

The 1963 movie adaptation of the book centres around Dr. John Montague, an investigator of the paranormal, played by Richard Johnson, who assembles three strangers with experience in the paranormal in a reportedly haunted house to test his theories on the supernatural.  The strangers are played by Julie Harris (Eleanor “Nell’ Vance), Claire Bloom (Theodora) and Russ Tamblyn (Luke Sanderson).  Hill House is uninhabited, save for two caretakers, and sports a violent history plagued with suicide and brutal deaths, providing the mansion a fitting back story, which is explained in detail by way of voice over during the opening scenes.

Prior to filming, Wise invested a great deal of time and energy in identifying the perfect location to portray the exterior of the mansion, as he understood the house itself needed to be an integral part of the plot.  To do so, he started by contacting a society which tracked haunted houses in Britain.  They provided Wise with an extensive list of houses throughout the country to investigate as potential locations.  With list in hand, Wise sent his production designer Elliot Scott to visit each of the homes and return with a recommendation.  This exhaustive search led to the selection of what was determined to be the ideal house for the movie – Ettington Park, near the village of Ettington, Warwickshire, six miles from Stratford-upon-Avon.

Ettington Park is a confusing Neo Gothic styled manor house which has developed into an awkward blend of gables, chimneys, and random additions, the result of centuries of renovations, alterations and major repairs.  The original 17th century building was constructed initially as a means to display the wealth of the Shirleys, the area’s oldest and wealthiest family.  Throughout the 18th and 19th centuries, as the Shirleys fortunes increased, the building was continuously expanded and renovated, giving the house its present appearance.

While the house in its present form is dramatic and has the ability to appear somewhat frightening, Wise felt the need to make Ettington Park appear even more sinister and threatening than it was.  To do so, Wise and his team attempted numerous lighting effects, camera lenses and settings, as well as various angle and time of day test shots.  Nothing, however, achieved the menacing effect needed to be successful in capturing his vision. A solution was eventually discovered through the use of infrared photography which achieved the sinister portrayal he needed.  When used effectively infrared film has the ability to create an unreal dreamlike image, portray menacing skies, brooding architecture and ultimately the haunting atmosphere Wise had been pressing for.

As with Alfred Hitchcock’s Psycho (1960), Robert Wise chose to shoot the film in black and white as he loved the intense atmospheric quality it provided.  In particular, Wise felt the shadows and lighting effects of black and white, coupled with the use of infrared film greatly enhanced the spiritual essence of the story.

For interior shots, Art Director Elliot Scott designed and constructed numerous sets at the MGM-British Studios in Borehamwood, Hertfordshire.  Unusual for the time, extra expense was invested to construct ceilings in all of the rooms in the set, to create a claustrophobic effect on film.  Not only did this allow for unrestricted filming angles, the claustrophobic atmosphere also greatly assisted the actors in their portrayal of the fear experienced by their characters.  Wise later credited Scott, acknowledging the sets as a major factor in the success of the film.

Beyond the sets is Wise’s use of unique effects which were far ahead of their time and were created without the aid of today’s CGI crutch. Some of the effects are blatant and physical such as a solid wood door being bent inward by supernatural forces, lighting in a hall revealing faces in wood paneling, the precarious circular staircase and thundering pounding noises echoing throughout endless corridors.  Other and more disturbing effects are those which are merely suggested.  For these effects, the viewer is required to decipher using their own imagination, which, let’s be honest, can be much more frightening. Relying on a ‘what you can’t see scares you the most’ approach, forms the basis for psychological horror.  This relatively new concept of suggestion was one Wise understood and grew to appreciate and effectively exploit.  One particularly disturbing scene is the night sequence with Nell and Theodora holding hands in their beds.  This act of protection and comfort demonstrates his particular genius once one realizes the positioning of their beds would not have allowed for their secure connection, leading the viewer to realize the hands being held could not have been each other’s.

The Haunting (1963) remains relatively faithful to Shirley Jackson’s original story and received critical praise.  In 1999, director Jan DeBont recreated the story under the same name, starring Liam Neeson, Catherine Zeta Jones, Lili Taylor, and Owen Wilson. The 1999 remake, however, was not so faithful to Jackson’s original nor was it as successful as confirmed by the critical panning on its release.  In fact the remake was nominated in the “Worst Movie” category by the “Razzie Awards” and won “Worst Remake” by the, albeit relatively obscure “The Stinkers Bad Movie Awards”.

For the  The Haunting (1999), the spectacular Harlaxton Manor in England was used as the exterior and for some of the interior scenes of Hill House.  Notably, the great hall of Harlaxton, which stands in brilliantly as the Billiard Room.  The balance of the interior shots were filmed in expertly detailed sets created inside a hanger in Long Beach CA which were extremely well executed.  Unfortunately director Jan DeBont relied heavily on CGI for effects, which came across as much more comical than scary and detracted immeasurably from the end result. In 2017, Netflix announced that The Haunting of Hill House Season One was now in production in Los Angeles and Georgia.  Mike Flanagan (known for horror films Hush (2016), Oculus (2013) and Ouija: Origin of Evil (2016)) will direct and executive produce the adaptation of the original Shirley Jackson novel into a 10 episode series for the network.  Heading the cast will be Timothy Hutton, Michel Huisman, Elizabeth Reaser, and Kate Siegel.  Production of this initiative will be handled by Amblin TV and Paramount TV.  Release dates have yet to be announced, but I for one will be anxiously awaiting its arrival, if for no other reason than to see the house they use and those delicious interior sets. 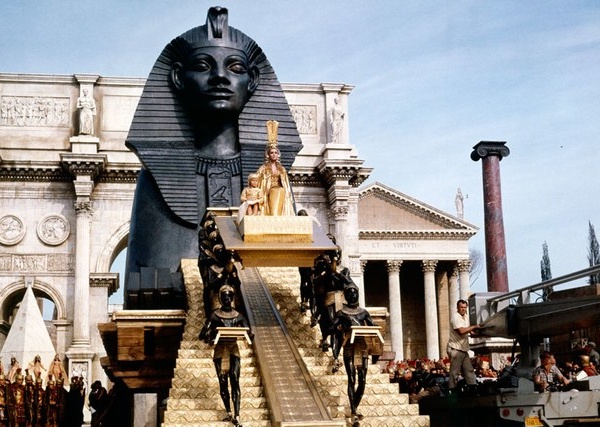 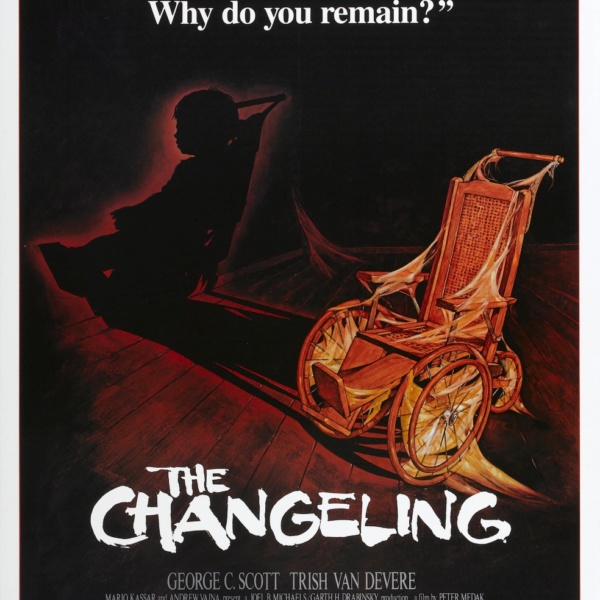