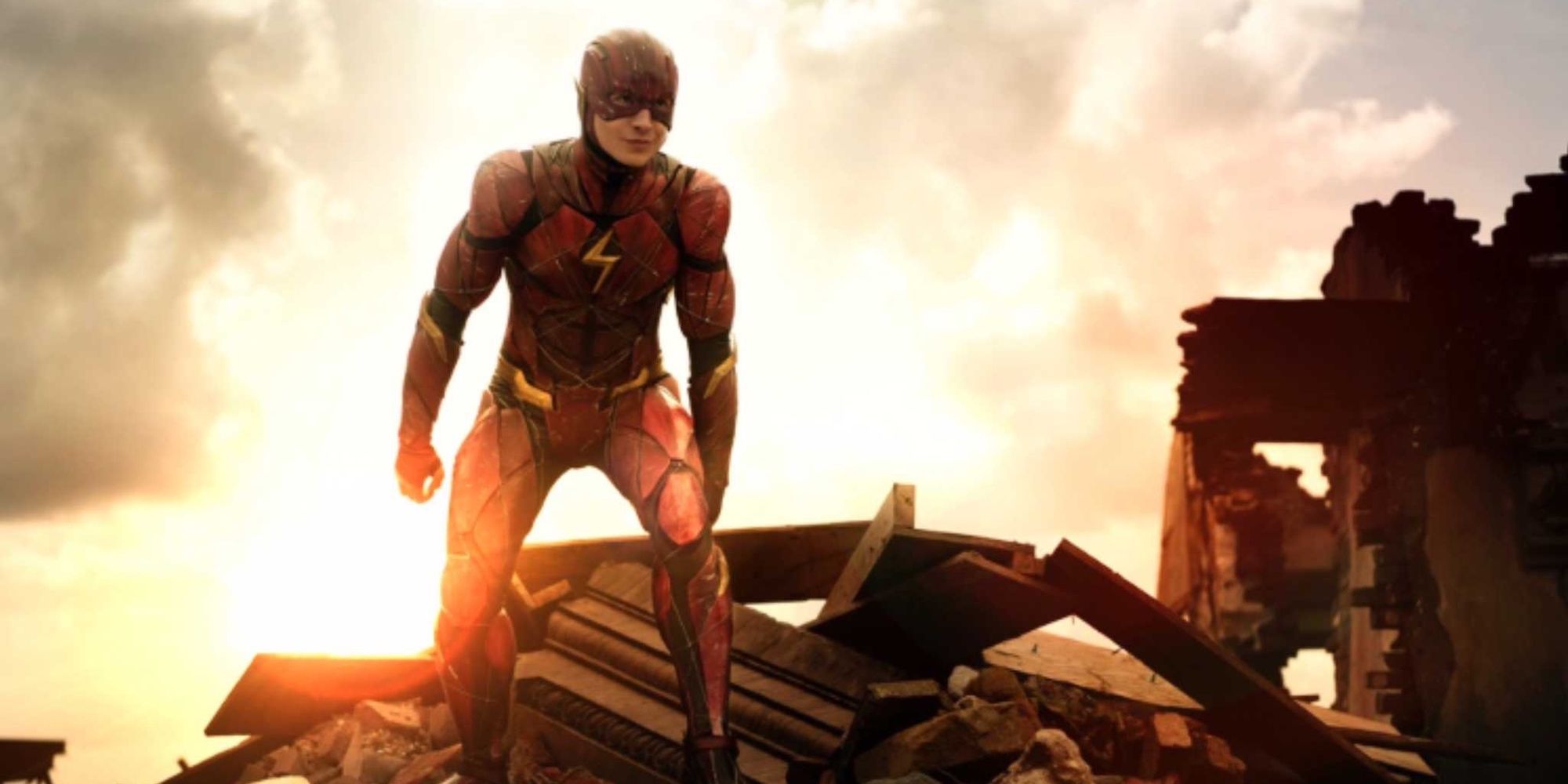 This review is written in memory of the late Nick Maylor. A movie enthusiast, writer, actor, musician, comic-book enthusiast, and dear friend. We had discussed seeing this movie together when it came out, and I certainly felt his presence and memory during my screening. He will be missed.

The theatrical release of Justice League brought in far smaller audiences and lower return than Marvel’s films with under 700 million worldwide. That same year, Marvel’s ‘Spider-Man: Homecoming’, ‘Guardians of the Galaxy 2’, and ‘Thor : Ragnarok’ sold over $800 million each.

During the film’s production, director Zack Snyder left to be with his family during the tragic suicide of his daughter. Warner Bros. brought Director Joss Whedon in to finish the film.

In an unprecedented fan campaign, the online movement #releasethesnydercut saw fans asking for Snyder to release a recut of Justice League, with his uncompromised vision intact.

In an equally unprecedented move, Warner Bros. caved and not only allowed Snyder to recut the film, but gave him a reported $70 million to do new VFX and a few days of reshoots.

After months of anticipation and, quite frankly, much doubt Zack Snyder’s recut of Justice League finally releases on WarnerMedia’s streaming platform HBO Max, and upon watching the 4-hour epic, I am delighted to announce that it is truly a redemption story unlike any theatrical recut I’ve ever seen; perhaps the most marked improvement in a director-cut in cinematic history. Hyperbole? Perhaps. But we’ll see.

The first thing to discuss is, yes, the film is four hours long. It largely feels like an ‘extended edition’, leaving no scene behind. Admittedly, this is a dizzying length for a film (I watched it in two sittings), but Snyder cleverly breaks it into 6 chapters, giving it an almost episodic feel that’s right at form for a comic book story.

MORE TIME WITH THE LEAGUE 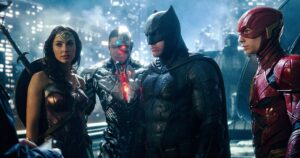 The recut adds an incredible amount of backstory for the characters, it’s almost baffling some of it wasn’t in the original.

The Flash and Cyborg both have great scenes that now explain and expand on where they come from. They literally went from random nobody heroes to heroes and people I cared about. They both have some completely awesome action scenes.

Not to mention Gal Gadot, Ben Affleck, and Henry Cavil starting to feel like the quintessential castings of their heroes, much like Hugh Jackman is to Wolverine.

With such a big list of esteemed actors and beloved characters, this film is admittedly under a ton of weight; and where the original release crumbled under that weight, the Snyder recut soars.

IT’S TIME TO SAVE THE PLANET

Snyder’s extra runtime and chaptered approach not only helps the characters, but also the plot. The League’s adventure slowly unfolding allows a coherence a non-comic-book reader like myself needs — it’s like I’m getting into a new series.

Yet there is a fun complexity to the epic adventure, with an ensemble cast and tons of characters to cover. When the team combines, there’s a very strong plan-and-execute clarity, where you really feel the stakes and feel involved.

The action set pieces are massively improvement in this recut. They are bigger, crunchier, and more brutal (it’s now R-rated) than before.

With slow-motion and wildly creative angles and cinematography, Zack Snyder knows how to do action scenes and set-pieces. It’s a fun ride.

The final action sequence is particularly well done, with fantastic effects, choreography, and design. Seeing all of the characters fight together at such insane odds is as fun as it ever could be. It’s quite spectacular. Definitely one of my favourite set pieces ever.

Another noteworthy change in the recut Snyder makes is changing the aspect ratio to a tighter 4:3 framing (like old CRT televisions). This is a bold choice as it’s definitely the first blockbuster of its kind to release this way. The original Justice League theatrical release was widescreen, as are every other comic book movie under the sun. Like I said, it’s a bold choice.

I’ve seen various opinions on this, but my stance is that the aspect ratio (or framing) of a film is an artistic choice, and to suggest all films should standardize to the same format is only limiting of an artist’s expression. In short: nobody said movies have to be widescreen.

I admire the choice, Snyder proves a movie does not need to be widescreen to be an epic — which absolutely goes against convention. And if anything else, I applaud the sheer brashness of the decision. This is a director’s film, not studio executives’ film.

The 4:3 aspect also adds in making this recut feel fresh from the flawed 2017 release, and I admit it reminds me of the comic book TV shows I watched as a kid.

HEROES HAVE FLAWS TOO

And yet with all my praise, I can’t pretend this is a perfect film. A massive and marked improvement? Yes. Flawless? Not quite.

Even taking Justice League as a full-on ‘extended-edition’, it still would have benefit from a little trimming, especially approaching the final act. As much as a like Superman in his action-moments, I always find something a little too melodramatic and drawn-out about his scenes with Lois and his mother — dipping out of realism and dare I say soap opera.

I also find Jesse Eisenberg’s Lex Luther and Jared Leto’s Joker to both be downright obnoxious portrayals and performances. One part with Joker is particularly awful, dare I say cringe-worthily bad. I am glad these two are only in (very) small doses in Justice League.

The newly added VFX, in some places, was probably a tad ambitious on the recuts budget, and felt a little cartoony and substandard, but that’s a small grudge on the otherwise gorgeous visuals and (new) colour grade.

Some of the music choices in Justice League felt a little out-of-place, jumping around character themes a bit wildly and using licensed music that felt out-of-place amongst Zimmerman’s powerful and brooding score.

There is also an epilogue that largely made no sense to me and seemed to have no place in the  plot of movie — but I’m sure fans of the comics would disagree with me. It almost felt like deleted bonus scenes were just slapped on at the end, and while it does perhaps hurt the overall edit of the film, I still had fun with those scenes and can’t fault Snyder for adding them

For a four-hour epic, however, these are small blemishes that won’t take away from the fun you’ll have.

Zack Snyder’s Justice League is a triumph. It’s such a sheer improvement over the original it must be shouted. It’s big, epic, and most important, fun. Even given its many strengths, Justice League is still greater than the sum of its parts. 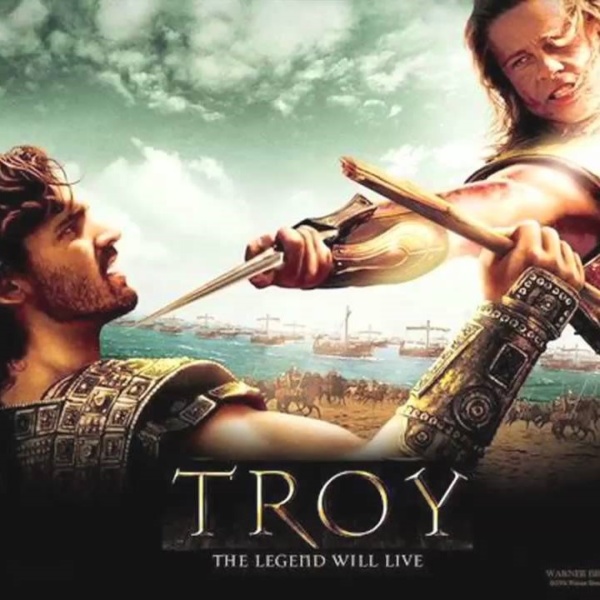 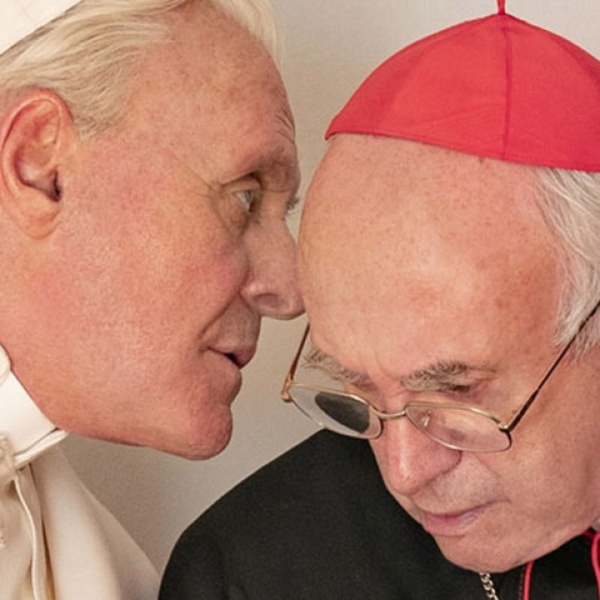