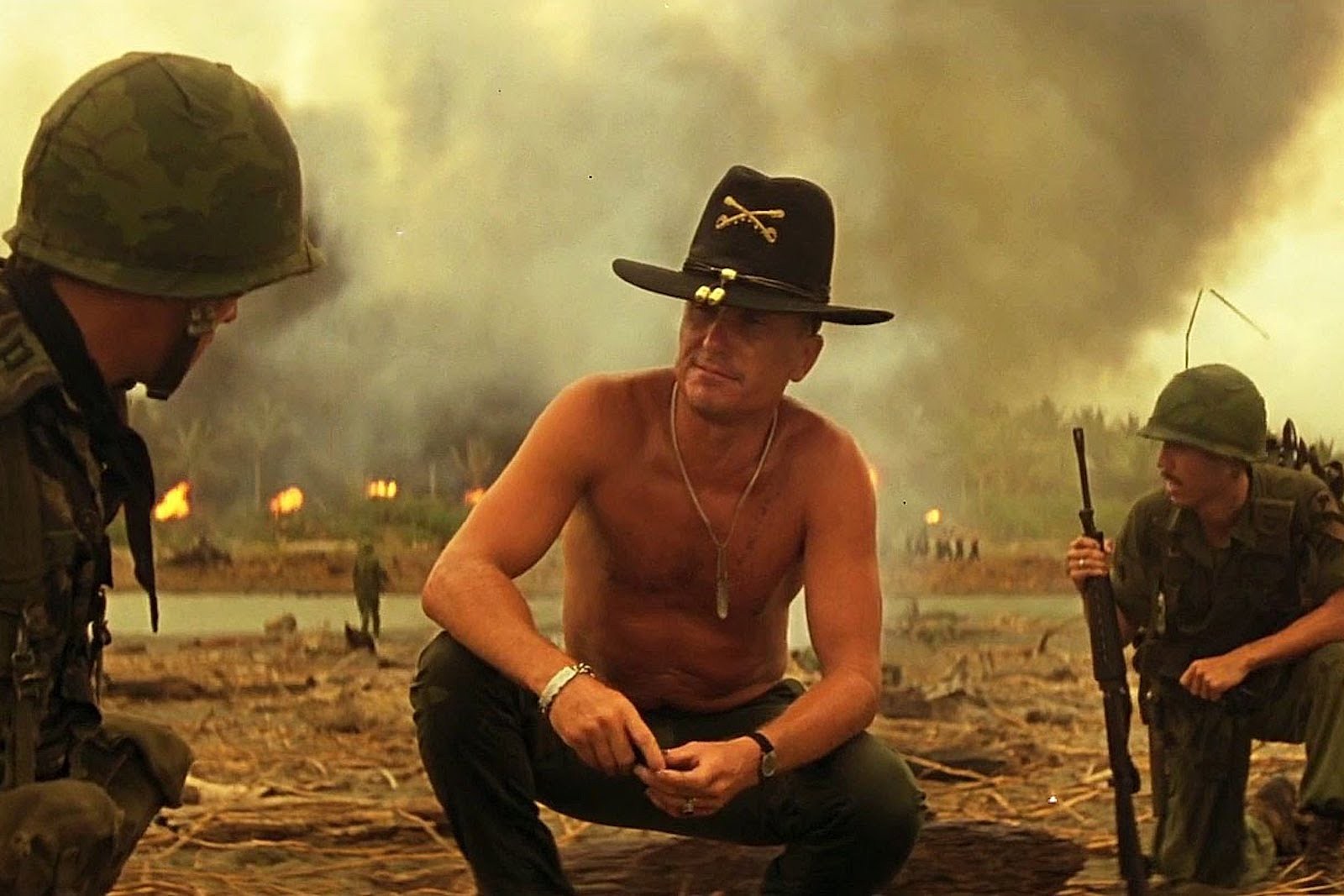 The raid on the village is subsiding, the fighting is much less as the rebels have taken to the jungle to hide. Kilgore (Duvall) orders his chopper to land on the beach so he can get a look at the surf. He has encountered a famous surfer from Malibu and destroyed a village so he can watch the kid surf. Kilgore struts on the beach fearlessly, tearing off his shirt, ordering a napalm drop to stop the whizzing bullets and grenades, none of which unnerves him. All around him is chaos and danger, his men diving for cover, but he is oblivious to it, never so much as wincing, as though he was immune to death.

The massive jets fly overhead dropping their load, deadly napalm which turns the lush jungle into a rumbling an inferno.

Taking a knee, Kilgore says, “Do you smell that? Do you smell that? Napalm son, nothing else in the world smells like that … I love the smell of napalm in the morning. It smells like, victory.” Then with a sad, almost wistful look he says to the men, “You know, someday this war’s gonna end.” With that he stands and walks away, leaving the others stunned.

Robert Duvall is onscreen perhaps 15 minutes in Apocalypse Now (1979) and as extraordinary as the film is, it never quite recovers from his sequence. In his time onscreen we see the absolute madness that was Vietnam. 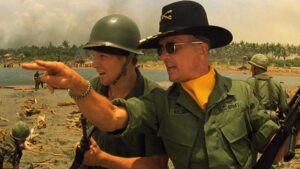 We first encounter him as his men clean up another raid, helping the injured, dealing with prisoners. Introduced to Captain Willard, he leaves the Captain when he is told Lance, a famous surfer, is among Willard’s crew. At once Kilgore is fawning over Lance, choppering in T-bone steaks and beer to impress the surfer and as a gesture to his men, whom he loves. He feels safe at war, he is in his element – like a ball player in his position before the big game. When Kilgore gives the order to attack a village because it has great surfing conditions, Willard is stunned.

Like prehistoric mosquitoes the choppers dot the sky, relentlessly heading towards a village that has stood 1,000 years and, in a matter of minutes, will be obliterated.

Kilgore explains as they get closer to scare the Viet Cong, they play music, Wagner’s “The Ride of the Valkyries” as they attack. As the music blares, bombs are unleashed and the destruction begins as Kilgore calmly drinks coffee from his cup, like a man back home on his way to the office. Watch it in the right manner, it is chilling.

Eventually he lands on the beach in the aforementioned scene, walking the beach, the highlight of the sequence. The concentration and absolute focus Duvall brings to the sequence is miraculous. Not a flinch, not an eyebrow raised, he is utterly fearless, but also convinced he was not going to get so much as a flesh wound here. When he utters his last line, he looks disappointed, almost hurt that the war would end, leaving us wondering what could a warrior do without a war to fight?

Duvall won the Golden Globe for Best Supporting Actor and was nominated for an Academy Award for his electrifying performance. It was about this time the New York Times ran a piece naming him America’s finest actor. I doubt anyone could argue the point. In a film as huge and vast as Francis Ford Coppola’s surrealistic masterpiece, Apocalypse Now, Duvall manages to tower above the work. An extraordinary performance from one of our greatest actors.  That Duvall could tower over a film of this genius remains an astonishing achievement, landing this actor and performance in the pantheon of greats. 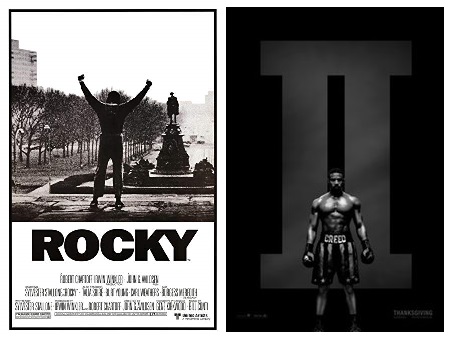