In portraying a real-life character, one very well known, for me it is never important that the actor/actress looks like the person. What they must do is find the soul of who they are portraying. Many actors attempt to capture the look, the sound, even the essence of the character but few find the soul. Within 10 minutes of watching Anthony Hopkins as former President Richard Nixon, I no longer saw Hopkins at all, Nixon had taken possession of the actor. Hopkins had found Nixon in his research, and we soon settled into the speech pattern, the body language, the ferociously vulgar language, the walk, the smile, and the immense sadness he seemed to bear in his life.

Hopkins bears no great resemblance to Nixon, yet found the stooped walk, the smile that never touched his eyes, the speech pattern, he found the man who bore the weight of the world on his shoulders, who never felt he deserved to be President. Though Nixon was among the most hated Americans at the time of his resignation, he turned those feelings around to become admired and appreciated as a patriot and brilliant master of foreign affairs policy. Every single a President to follow him sought his advice in matters of foreign diplomacy or other matters of high stakes. In time, as he hoped, he was forgiven.

Oliver Stone’s film explores Nixon’s life in flashback as he grapples with Watergate in the present. A tough talking vulgarian, Nixon was known to be vindictive, seeking revenge on those who crossed him, and neither the actor nor director shy away from his warts. But Stone refuses to do a hatchet job on him, knowing those had been done, instead creating an honest, deeply authentic portrayal of a complicated, brilliant but troubled man. Hopkins explores how he flirts with greatness by opening relations with two Communist countries, China and Russia and ends the nightmare of Vietnam, a war he inherited. Yet in the film’s most telling scene Nixon stands before a portrait of John Kennedy and stares wistfully at it before proclaiming, “When they look at you, they see what they want to be. When they look at me, they see what they are”.

There is a startling scene that was based on a rumoured fact. Realizing he could not end Vietnam without admitting loss, Nixon manages to get out of the White House with his Secret Service detail and finds himself at the Lincoln Memorial, where several young people have gathered in protest of the war. They wake, stunned to see the President in their midst, and with awed smiles, approach him, leading to conversations about the war until one of the kids realizes himself Nixon does not know how to merely stop the war. Hopkins plays the scene beautifully, presidential but stuck in the quagmire of Vietnam, unable to answer the kids because to tell them the truth is to fail them.

After winning a well-deserved Academy Award for Best Actor in The Silence of the Lambs (1991), Hopkins was on a roll with marvelous work in Howard’s End (1992), Bram Stoker’s Dracula (1992), The Remains of the Day (1993), and finally Nixon. The role had been offered to Jack Nicholson and Tom Hanks, even Lane Smith was considered after his remarkable performance as Nixon in TV’s The Final Days (1989). In the end Stone gave the plum role to Hopkins who incredibly found Nixon’s haunted, wounded soul. The actor captures, unflinchingly, how Nixon, a great statesman, never felt worthy of his office, never felt the love of the people. His self-esteem and eventual paranoia brought him down. Hopkins captures his shame in a heartbreaking manner, famously falling to his knees to weep with Henry Kissinger (Paul Sorvino) one sad night in the White House.

In every way Hopkins WAS Richard Nixon.

Nominated for his third Academy Award in five years, despite rave reviews, he lost, but perhaps accomplished something greater than a mere award. Hopkins brought vulnerability to a man disgraced in front of his nation, he gave Nixon a soul, a great heart. He humanized him, making him a man to us, just a brilliant, complicated, deeply flawed man, and allowed generations to come perhaps understand Nixon as they never could before.

This is an astounding piece of acting. 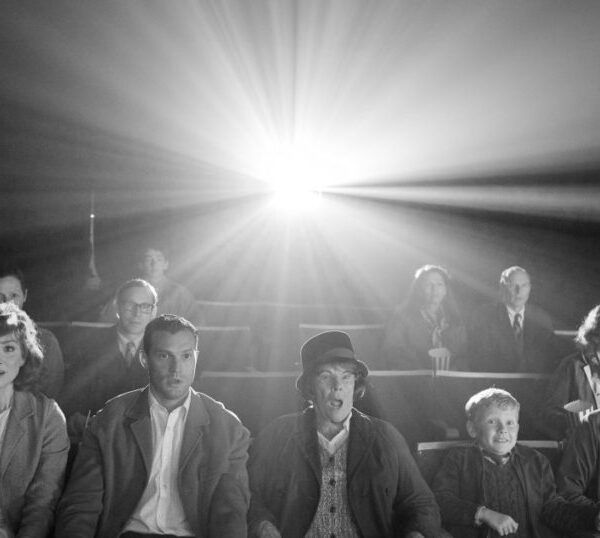