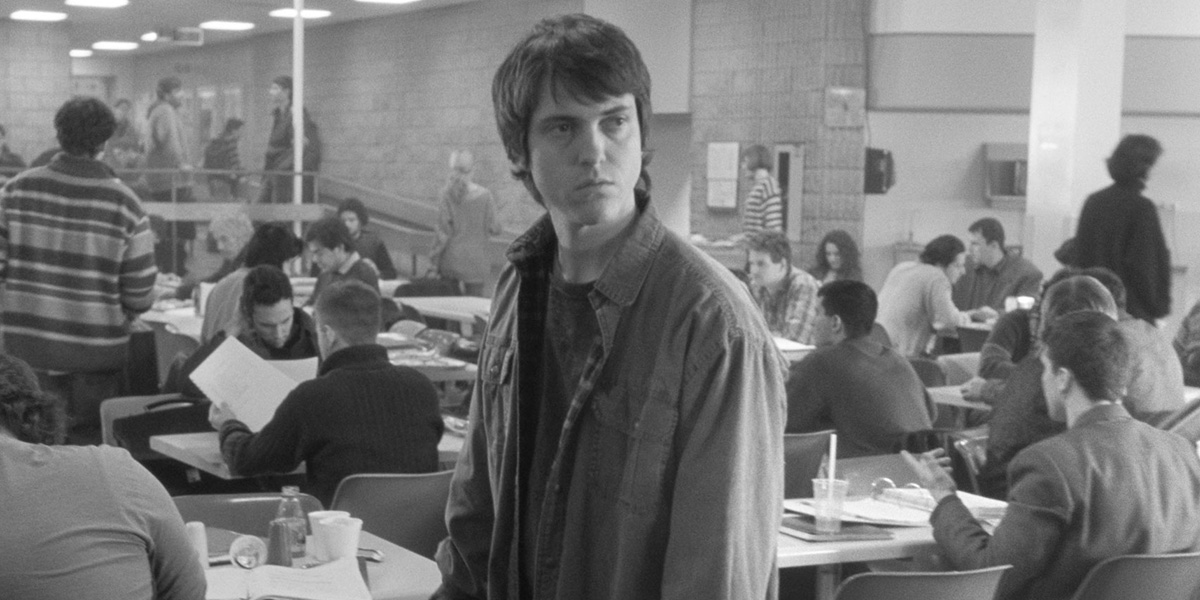 This film is inspired by the survivors’ testimonies of the tragedy that took place on December 6, 1989. Out of respect for the victims and their families, all the characters are fictional. From all accounts, the events are accurate in their chronology and depictions. The film was shot simultaneously in both French and English.

On December 6, 1989, Marc Lépine walked into a classroom at the prestigious École Polytechnique engineering school in Montréal with a Ruger mini-14 rifle and a knife. The class held approximately 60 people. After approaching the student who was making a presentation, he asked everyone to stop what they were doing. He ordered the men and women to split into two separate groups on either side of the room. Believing it to be a joke, no one moves until Lépine fires a shot at the ceiling.

He then separated the nine women from the fifty or so men present and ordered the men, including the professor, to leave. They meekly complied.

Polytechnique focuses on the women’s experience, sometimes from their perspective, sometimes from a male student, Jean-Francois (Sebastien Huberdeau). Jean-Francois’ character is based on the real-life student Sarto Blais who witnessed the massacre firsthand and later killed himself, followed by his parents a year later. 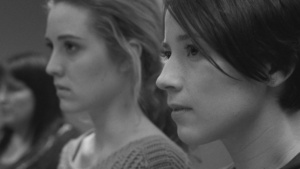 Shot in black in white, it feels cold and sometimes claustrophobic. Lépine, played by Maxim Gaudette (credited as The Killer and this is how I will refer to him for the remainder of this review) is shown preparing himself on the morning of the massacre to the voice over of his actual suicide letter which was found in his pocket after the massacre. […] “Even if the epithet “Crazy Shooter” will be attributed to me in the media, I consider myself as a rational scholar that only the coming of the Grim Reaper brought me to make extreme gestures. For why persevere to exist if it is only to please the government. Being rather passéist (with the exception of science) by nature, feminists have always had the power to make me angry. They want to keep the advantages of women (e.g., cheaper insurance, extended maternity leave preceded by preventive withdrawal, etc.) while taking over those of men.” […]

As you see the women studying, getting dressed for a job interview, and going to class, you feel a great sadness as it is so easy to relate. This could be any of us, preparing for the day, not realizing that someone has decided to place their pain ahead of your life. For all the feminism that motivated the shootings, the movie depicts open sexism during an internship interview: “A girl in mechanics? Usually, girls prefer civil engineering. It’s easier. […] For the family. We’re looking for candidates who won’t give up on us along the way…” Valerie, played by Karine Vanasse, who went onto play in many of Quebec’s major productions, is a hard-working student at the top of her class. The perception is that her studies are just something to do while waiting to get married.

Many scenes in the cafeteria or halls show that the student body was made up mostly of young men. I was unable to find the percentage of women attending Polytechnique in 1989. These women were “la crème de la crème” and would have significantly contributed to society. I had not seen this movie since it came out, and I was surprised at the level of emotions it brought up. 30 years later, the loss is still raw.

The movie is haunting. You really live through the event nearly in real-time. It is beautifully executed and shows the courage the women displayed in an unimaginable situation.

I respect Denis Villeneuve’s choices in making this film. However, as I was a teenage girl living in Quebec at the time, I wanted much more from this film, maybe unfairly.

There is no to little context about the killer or Quebec society. Not so long ago, Quebec women were expected to learn to be a good housewife and have many children. This shooting happened about 2 years after my mother gave up trying to teach me to shine a man’s shoes. Women studying engineering were uncommon. The killer, born Gamil Gharbi, was the son of a French-Canadian nurse and an Algerian businessman. He changed his name out of hatred for his father after his parents divorced. Lépine’s father was a misogynistic man. He believed women existed to serve men and would often beat her and the children. His mother left him after he severely beat her son. As a young man, Lépine tried to join the army but was refused for being anti-social. He started numerous studies programs but would quickly drop out. He applied to L’école Polytechnique twice and was twice denied for not having the proper prerequisites. He was a 25-year-old loner who showed little to no emotion and had never slept with a woman. Are we as a society working on solutions? Incels (Involuntary Celibate) websites use this killer as one of their hero’s, one must hope that resources are dedicated to this societal issue before more tragedies occur.

The movie never addresses the Police response, which was terrible and likely cost more lives. According to Montreal’s Report of Coroner’s Investigation, Part II:

The first 911 call was a few seconds before 17:18. The first patrol car went to the wrong building. By 17:22, there were eleven police vehicles with a total of sixteen police officers, including a superior officer, on the scene, limiting themselves to securing the perimeter and helping those able to walk out of the building on their own. At 17:32, 2 officers say they could enter through the garage, the sergeant replied: negative; no one goes in for the moment. At the point when it was announced that the suspect had killed himself, there was a vast number of police officers on the scene, who had been there for approximately fourteen minutes – about six or seven minutes before the killer actually killed himself. However, the police did not know the exact number of resources available. Some of them had not confirmed their arrival to the dispatch centre or to the command post established on the scene. When it was announced that the suspect had killed himself, therefore, the police were waiting for reinforcements. At that point, no intervention operation was underway and none was in the process of being executed, or even being formulated. The killer chose to kill himself when he still had sixty unused bullets. Police entered the building once he was confirmed dead. This event forever changed how police respond to such calls.

Reality reached dramatic levels even worst than the movie depicts. After briefing reporters outside, Montreal Police Director of public relations Pierre Leclair entered the building and found his daughter Maryse’s stabbed body. She was the killers’ last victim.

The movie ends on a hopeful note. Valerie survives and finds herself pregnant after successfully graduating and working in aeronautics. As she writes a letter to the killer’s mother (which she knows she’ll never send) “If I have a boy, I’ll teach him how to love. If I have a girl, I’ll tell her the world is hers.” 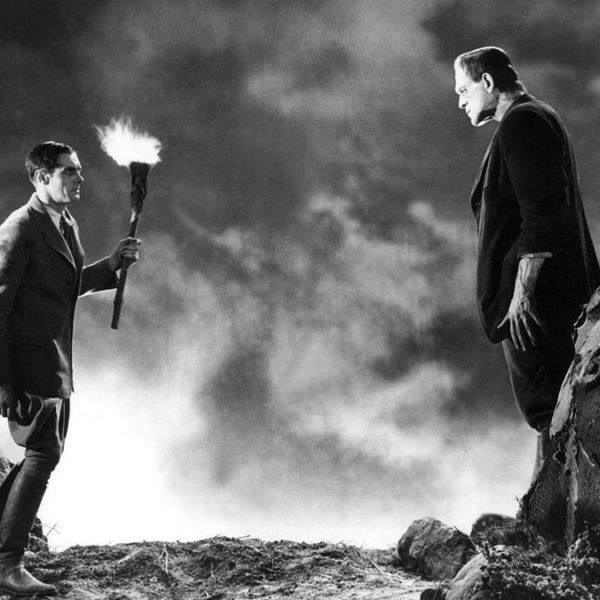 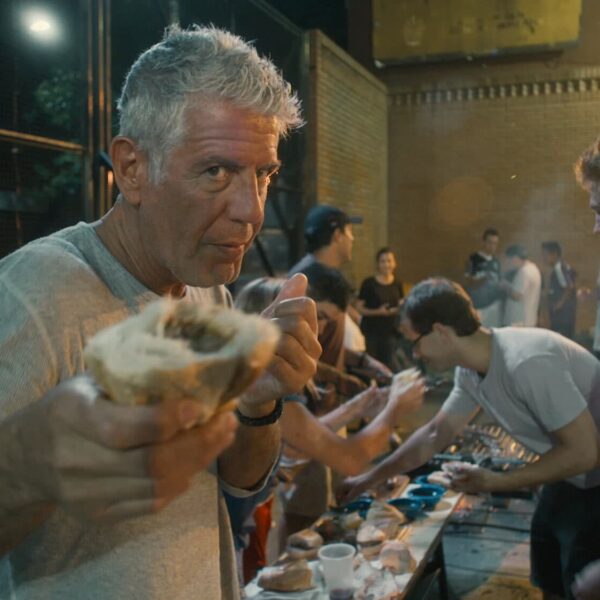