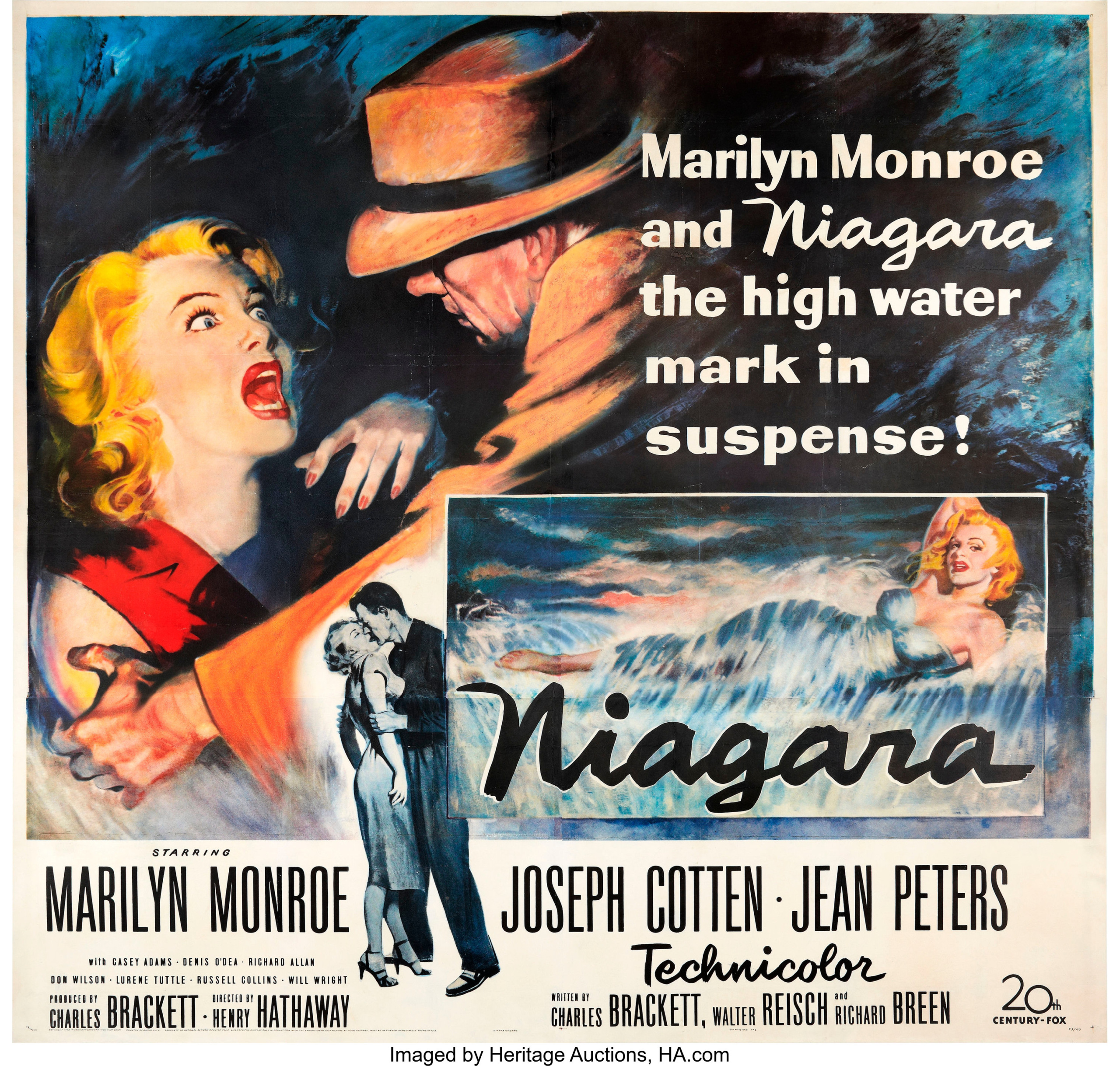 It began with an idea. Producer Charles Brackett had a strong desire to make a picture set around Niagara Falls – and not about honeymooning couples. It ended with box office success and the record for the longest filmed walk in the history of cinema. A record that still stands to this day.

Approaching Fox studio head Daryl F. Zanuck, the green light was given to develop a script with the provision that the studio’s hottest property, Marilyn Monroe, be offered a role. As this was the early 1950’s and Marilyn Monroe was considered the world’s most beautiful woman, it was natural that a role would be created capitalizing on her previous successes as the blond sexpot distraction to an otherwise happily married man. The twist came two-fold – Brackett didn’t want a formula picture focusing on post marital challenges, he wanted to develop a film noir centered around a complicated murder plot and, he wanted Monroe to be the villainess, not the girl distraction. At the time, Monroe was eager to expand her acting prowess beyond that of the bubbly sex symbol in predominantly low budget movies. She wanted to be taken seriously as an actress and jumped into the part whole heartedly. As Monroe had no previous experience in such a role, casting her was considered a high-risk factor in the production. As such, her part was written as a secondary character to leading lady Jean Peters whose innocent character was designed as a contrast to Monroe.  It wasn’t long before Monroe’s part became larger to the point where she became the film’s central figure. 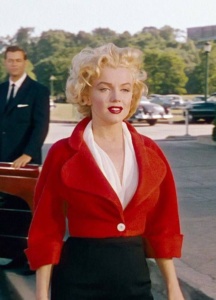 The plot centres around Rose Loomis (Monroe), the unhappy wife of unstable Korean war vet George Loomis (Joseph Cotton). The couple have rented one of the “Rainbow Cabins” next to honeymooners Ray and Polly Cutler (Max Showalter and Jean Peters respectively) overlooking Niagara Falls. In perfect “Hitchcockian” and film noir fashion, Rose and her lover Patrick (Richard Allan) are planning the murder of George via the convenient falls.

Cinematographer Joe MacDonald utilized classic noir visual techniques, sharp angles and strong contrasting shadows to enhance the seductive and dramatic mood of the film. This, coupled with Director Henry Hathaway’s capitalization of his previous film noir experience and the atmosphere of the dramatic location, created an extremely suspenseful and dynamic film. A prime example is the bell tower murder scene, draped in shadows, the audience can hear, but not see what is happening until Marilyn comes into the frame. A perfect noir moment. Location filming utilized misty walkways, raging currents, the ominous ringing of the bell tower and the power of the falls itself, (especially when filmed from below), providing the ultimate chilling backdrop for murder.

Although rumored to have needed dozens and dozens of takes for each scene, Monroe is chilling and captivating in every frame, and demonstrates her acting prowess throughout the film. From the distant look in her eyes when musing over her illicit lover, to the film’s pinnacle scene when she reacts to her lover’s dead body on the morgue’s cold slab – the audience cannot help but hate her while simultaneously admiring her strength and determination throughout the film’s 92 minutes.

Knowing her sexuality was her strength, Marilyn insisted on being naked for the filming of the shower scene, which required Hathaway to continuously remind her to keep back from the shower curtain and away from the lights during the shot to limit how much of her form could be seen. Same for the opening scene with her under the bed sheets – for this, the scene was darkened in post-production to meet the rigid requirements of the censor board.

Even with a starring role and top billing, at the time of filming Marilyn Monroe was still under contract to 20th Century-Fox on a fixed salary, as a result, she was actually paid less than her make-up man to do the film.

Niagara was the first of three hits for Marilyn Monroe in 1953 – the film was followed by Gentlemen Prefer Blondes and How to Marry a Millionaire, both of which reverted her back to the voluptuous and seemingly dim witted blonde roles for which she was known. The three films grossed over $25,000,000 for 20th Century Fox in 1953, and catapulted Monroe to major star status.

Niagara finishes with a long shot of Marilyn’s famous walk as Rose Loomis departs the scene heading towards the US border. This scene still holding the record for the longest walk in cinema history at 116 feet of film. 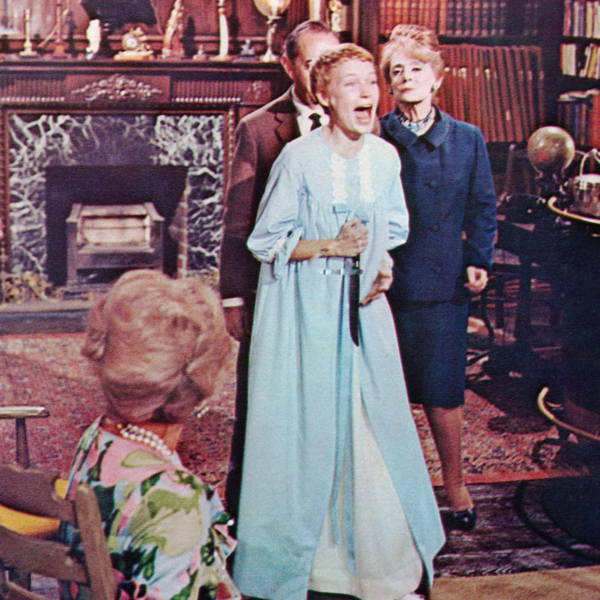