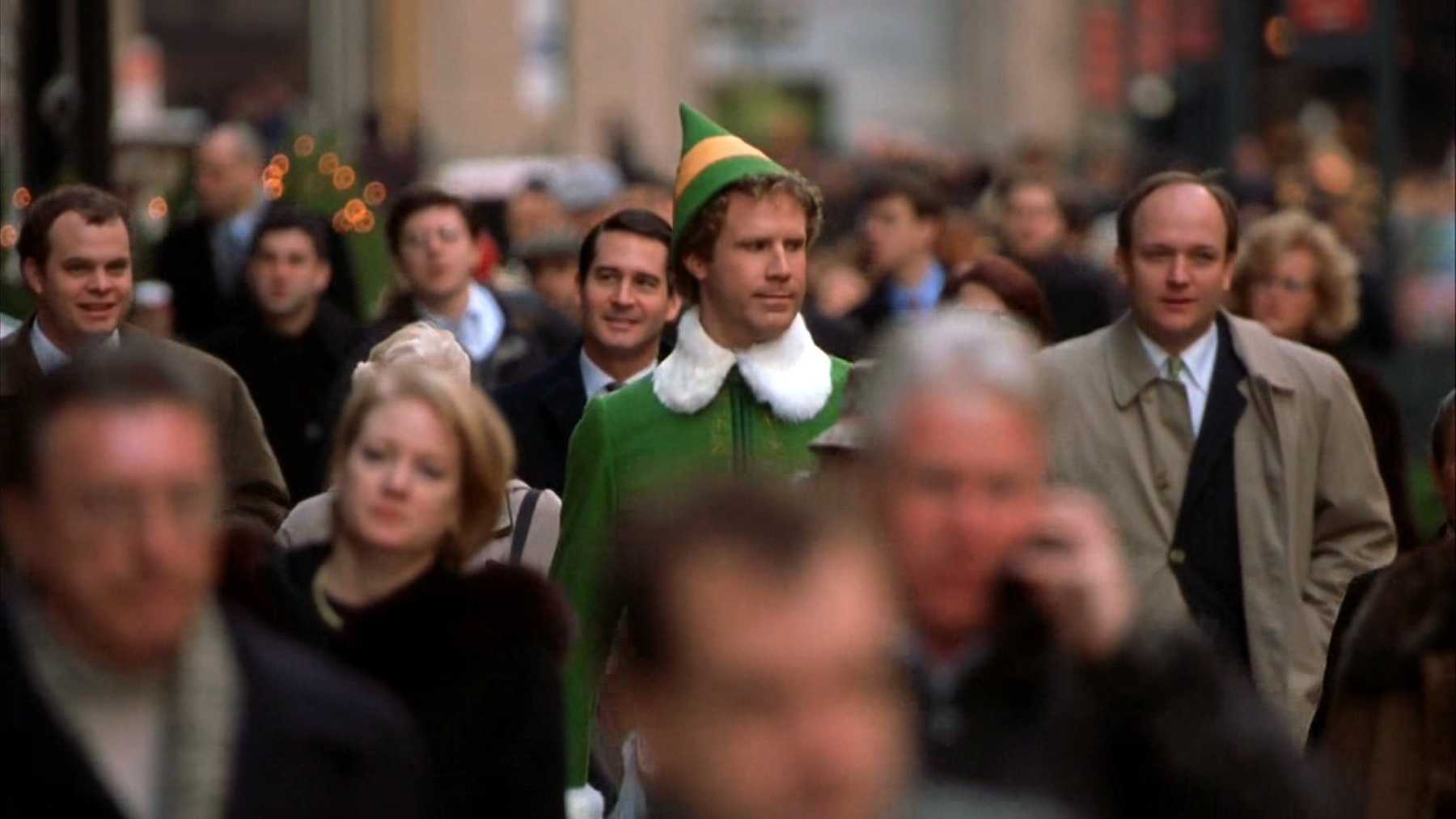 “The best way to spread Christmas cheer is singing loud for all to hear.”

-Buddy the Elf (Will Ferrell)

Will Ferrell has recalled filming b-roll footage for Elf (2003), wearing the green suit, frolicking about New York City, all the while thinking about how this little Christmas movie was going to be the end of his career. Ferrell had only recently left his duties as a cast member on Saturday Night Live and was trying to break out into movie roles. We can’t blame him for feeling silly. We now know that not only would it not be the end of his career, but Elf would also go on to become a smashing success and Ferrell’s career took off into the stratosphere.

Ferrell plays Buddy, an orphaned human who as a baby, crawled into Santa’s sack of toys one Christmas, undetected. When he is discovered, he is adopted by an Elf (Bob Newhart) and grows to become a loving, pure-hearted “elf” who stumbles through social ostracization and practical setbacks of being the largest (by far) elf at the North Pole. Buddy discovers that he was adopted and leaves the North Pole (on foot) in search of his birth father, Walter Hobbs (James Caan), hoping to find his place in the world.

The script by David Berenbaum was bounced around for years and underwent several rewrites before it entered production. Jim Carrey was eyed to star at one point. Jon Favreau signed on to direct the film and did an uncredited rewrite, decided to make it an homage to the Rankin/Bass Christmas specials. Indeed, Buddy’s outfit exactly resembles the elf outfits from Rudolph the Red-Nosed Reindeer (1964).

Ferrell’s enthusiasm and innocence as Buddy are infectious. His comedic skills are well utilized as he fully commits himself to the character, forgoing any ideas of self-awareness or embarrassment as he tries to spread Christmas cheer to the jaded, busy New Yorkers he meets during his time in the Big Apple. There are plenty of moments of downright hilarity. Buddy spends the night in a department store decorating the shopping centre in ways that employees could only dream of. Being mistaken for someone who works there, he is told by his boss about the arrival of “Santa” to the store and his visceral reaction is to scream “SANTA!” at the top of his lungs. It’s Ferrell’s energy and oblivious honesty that makes it so funny. We believe that Buddy is this excited to see the man in the big red suit, even though he has known and been friends with the real Santa Claus (Ed Asner) all his life.

Zooey Deschanel appears as Jovie, a love interest for Buddy who works at the Gimbels department store where Buddy has found himself. Zooey Deschanel has been a modern pioneer of the “Manic Pixie Dream Girl” and this role is no real exception. She, like many New Yorkers, has become jaded by modern times and refuses to sing in front of other people (despite having a wonderful voice).

Buddy takes his duties at Gimbels seriously and once he finds out that “Santa” is coming, he spends all night decorating the department store, much to the chagrin of the store’s manager (Faizon Love) who believes someone is trying to upstage him.

Buddy finds his father Walter, who is married with a young son. Walter is perplexed and annoyed by Buddy who he believes is mentally unstable, although Buddy has arrived with a photo of a young Walter given him by Papa Elf. After Buddy is arrested and names Walter as a personal contact, Walter bails him out and takes Buddy to a doctor’s office to perform a DNA where the physician (Jon Favreau) informs Walter that Buddy is, in fact, his son. The doctor informs Walter that Buddy has reverted to a state of childlike dependency and the best way to deal with it is to introduce Buddy to Walter’s wife Emily (Mary Steenburgen) and son Michael (Daniel Tay) and have him spend time with the family. Walter is a book publishing executive who has been placed on the naughty list due to his cold and callous nature brought on by years in the corporate world. He has grown distant from his family due to his demanding work schedule and has lost sight of what’s important. Buddy has arrived at the perfect time to show him the error of his ways.

Hilarity obviously ensues and as Buddy finds his way in the human world, he spreads his joy and teaches Walter and everyone he comes into contact with, the true meaning of Christmas.

Elf features small roles by Peter Dinklage and Peter Billingsley (who starred as Ralphie in A Christmas Story (1983)) and has become a regular feature on broadcast television during the Christmas season.

Jon Favreau had previously criticized the use of the “film by” credit yet took one for himself for Elf as he was not granted a screenwriting credit for his work. The opening credits show “A film by Jon Favreau.”

The film became a massive success. Elf grossed $173.4 million in North America and $47 million in other territories for a total gross of $220.4 million, against a budget of $33 million. It inspired a 2010 Broadway musical adaptation and has maintained a positive critical consensus.

Ferrell’s acting career would go on to become massively successful and Jon Favreau has maintained an impressive career both in front of and behind the camera. Favreau would go on to direct the massive hits Iron Man (2008), The Jungle Book (2016) and The Lion King (2019) 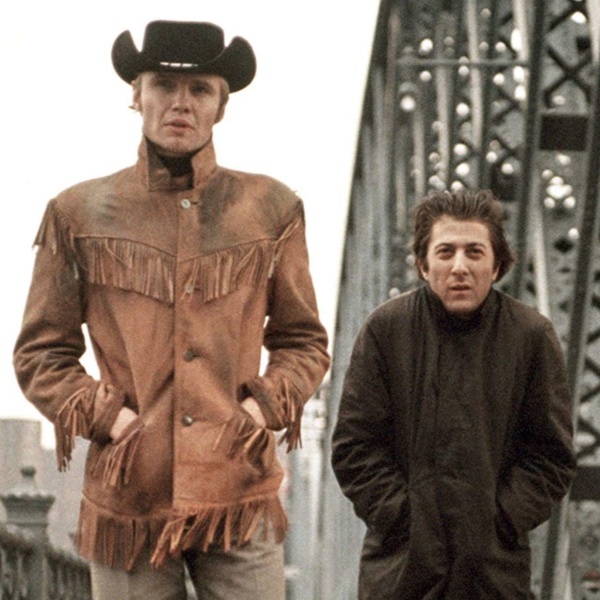 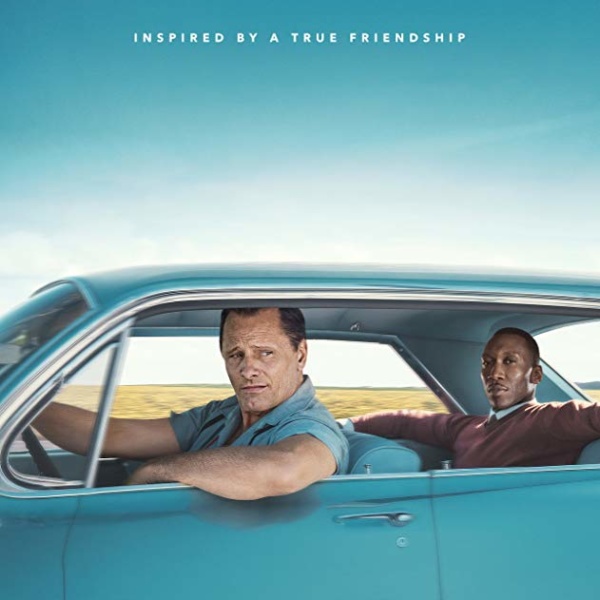