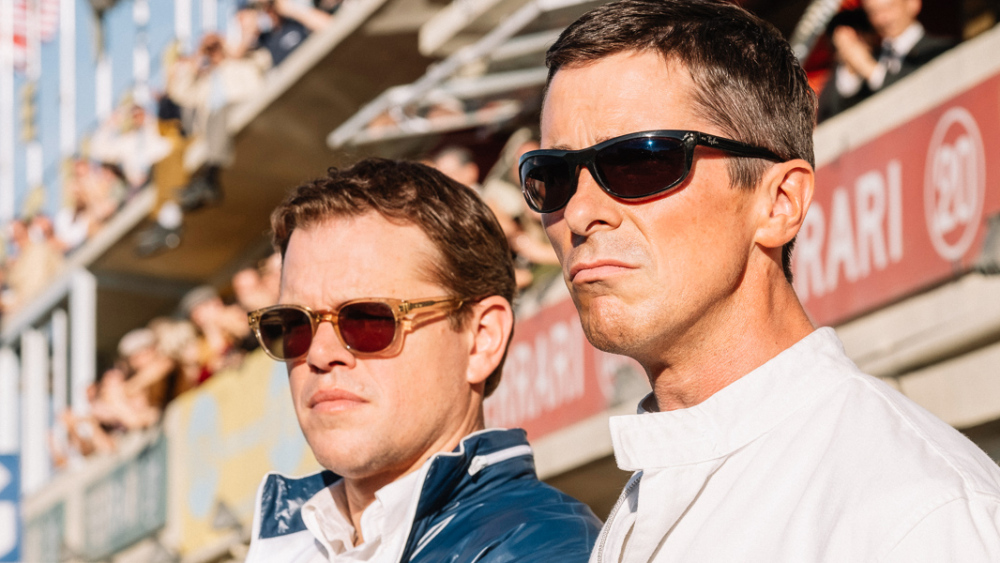 As a blue-collar family, my father worked for 41 years in General Motors building cars. He would work two weeks days and two weeks nights, until he gained enough seniority to work steady days. He despised factory work, but had a wife and four kids to cloth, feed, and raise, so he gutted it out more than four decades. He has had an exceptional retirement, 25 years, outliving many of his family and friends, enjoying reasonably good health until the last year.

Dad never wanted his sons to work in the factory, he did everything to keep us out of there. It must have been so mysterious to him that his boys were all artists in one way or another, yet I remember his drawings when we were kids, beautiful sketches and his handwriting was simply breathtaking. In his soul I suspect Dad was an artist, but his life took a different path. He did what he had to do so we would not have to work in that place. He celebrated our accomplishments in the arts every chance he got, attending plays we were involved in, following my work as a film critic, always encouraging, always proud we were not working in “that hell hole” as he called it.

Though Dad built cars, I never had an interest in them, not a bit. To this day I cannot tell you what make a vehicle is, what year, anything remotely interesting a car. I am just not interested. I have owned several, as well as a Blazer and three vans but they never really mattered to me, they were a way of getting from point A to point B, nothing more. My friends in high school were always talking cars and I simply did not care.

It is odd than that I enjoyed Ford vs. Ferrari as much as I did because it is about the building of a race car to challenge the so-called unbeatable car owned by the Ferrari corporation. When Henry Ford II (Tracey Letts), an arrogant, cold man wants to build a race car to compete against the Italian champion in the 1966 Le Mans Endurance Race, he hires Carroll Shelby (Matt Damon) to supervise the building a race car that will represent the Ford Motor Company at the famous race. Shelby, knowing they need a gifted driver turns to the difficult, temperamental hot head Ken Miles (Christian Bale) to help build the car and to be its driver. Given a near impossible deadline, they begin working on the car, despite the interference of a corporate kiss ass, Leo Beebe (Josh Lucas) a sneak behind the scenes who seeks the approval of his boss.

Slowly the car comes together, but there always seems to be something wrong, Miles always finds something that needs fixing until Beebe believes the explosive driver is holding up the project and seeks to get him fired. Shelby will not have it and goes to Ford personally to plead his case. Finally, when Ford is seriously wondering what the holdup is at the track, he arrives. Into the car he goes with Shelby at the wheel and they take off full speed down the track. Terrified Ford holds on for dear life as Shelby skids to a halt, at which point the owner of Ford bursts into tears, perhaps fueled by fear, or the joy of the speed he has just experienced. Needless to say, Shelby has made his point and Miles remains the lead driver.

Once built, the crew heads to the race, which Ferrari has dominated for the previous few years. It is here that director Mangold truly shines, plunging the audience into the driver’s seat as these cars hurtle around the track at insane speeds, avoiding each other, slipping in past the other, avoiding crashes, and navigating turns and curves without driving off the track. Miles is masterful on the track, thrilling the Ford owners, and Ford did indeed win the 1966 race, changing the face of racing for the rest of time. The director handles these sequences brilliantly, with just the right edit, swelling of the score, or dialogue as the cars move in a blur around the track. IN terms of directing sheer motion, it is a remarkable achievement. 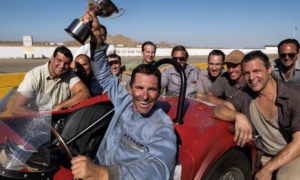 The performances are equally superb, beginning with Christian Bale, who has become one of the finest actors in movies. Moving out of the realm of being a child actor for Steven Spielberg in Empire of the Sun (1987) an incredibly confident performance, he flexed his acting muscles in American Psycho (1999) for Mary Harron and has never stopped giving astonishing performances in which he shape shifts in the manner Lon Chaney changed his face. Last year Bale packed on sixty pounds to portray Dick Cheney in Vice (2018) and arguably should have won another Academy Award for the astonishing transformation. Not only did the actor become Cheney visually, he mastered the deep growl of a voice, the speech patterns, and the movement of this powerful, power hungry Vice President. But this is just one in a long line of great performances for this wonderful actor.

Acting is all about the truth, nothing else matters, the performance should serve the film with its honesty. Bale is a hard-core method actor, very much like Marlon Brando, Robert De Niro and Daniel Day-Lewis in that he will go to mercurial lengths to achieve the truth he seeks. Among his array of brilliant performances has been The Machinist (2004) in which he was skeletal, the Dark Knight trilogy (2005-2008-2012) in which he was the finest Batman on screen, The Prestige (2006), 3:10 to Yuma (2007), The Fighter (2010) for which he won an Oscar as Best Supporting Actor, American Hustle (2013), The Big Short (2015) and his finest screen performance Hostiles (2017) in which he channeled the rage of John Wayne in The Searchers (1956) into his superb performance. This performance as hot-headed Ken Miles joins his gallery of rogues as yet another brilliant performance. Watch him during the sequences in which he is not talking, but listening to the car, understanding every ping of the engine, knowing exactly what is going on under the hood, how it will impact him on the track. There is a certain amount of fearlessness to Miles, which there must be I suppose, if he is willing to drive a car at the speeds he was going, knowing death waited for him on the track. Death found him six months after this race. If the film receives the attention it deserves from the Academy, Bale is a certain nominee for either Best Actor or Supporting Actor.

Matt Damon continues to evolve as a character actor, proving to be among the best in movies. After a major debut in Good Will Hunting (1997) which controversially won he and Ben Affleck an Oscar for writing (though they have written nothing else) and earned Damon a Best Actor nomination, he was seen in a number of major hits such as Saving Private Ryan (1998) and The Talented Mr. Ripley (1999), as well as some purely popcorn movies such as the Ocean’s Eleven series with George Clooney. He scored a major franchise as Jason Bourne in the thrilling Bourne films, before landing character roles in Hereafter (2010), True Grit (2010), We Bought a Zoo (2011), Behind the Candelabra (2013), Elysium (2013), Interstellar (2014), before being nominated for another Best Actor Oscar in The Martian (2016).

As Shelby he is rock solid as a man who knows exactly what he is doing and grows frustrated by the interference of the harpy corporate drone. The trusts he places in Miles is a testament to their friendship, which was often interrupted by their fights with one another. It is an often quiet performance, watchful, but no less perfect.

As Henry Ford II, Tracey Letts is both hysterically funny and a cantankerous millionaire very aware of the power he wields. His breakdown in the passenger seat of the car is one of this year’s film delights, beautifully portrayed by this playwright turned actor. A nod for supporting actor would not be out of the question, though that category seems filled to overflowing.

Nothing James Mangold has done before suggests the level of artistry displayed in this film. His major breakthrough was Copland (1997), which had an exceptional cast and a powerful performance from Sylvester Stallone, and though well reviewed did not do much at the box office, held up in post-production by the arrogance of Harvey Weinstein demanding cuts and re-shoots. His Johnny Cash-June Carter biopic was average at best, never tapping into the spiritual faith both have, yet 3:10 to Yuma (2007) was superb, one of the greatest westerns made after 1970. Taut, tension filled, with a brilliant Bale performance, the film was a critically acclaimed hit. Logan (2017) remains one of the finest of the superhero films, a stand-alone film that was brilliant, but sadly under seen. Of all his work, Logan suggests what Mangold can do, and has done with this film. If the Academy likes the film it could land a Best Picture nomination, and subsequently, maybe, Best Director which would not be out of place at all.

The cinematography is top notch, the editing perfect and the sound and sound editing superbly capture what it is to watch a car race and be in the driver’s seat as the cars speed around the track. Technically the film is a marvel of achievement, and to Mangolds’ credit he gives the film passion and a beating heart through his characters.

This is one of the year’s best films. 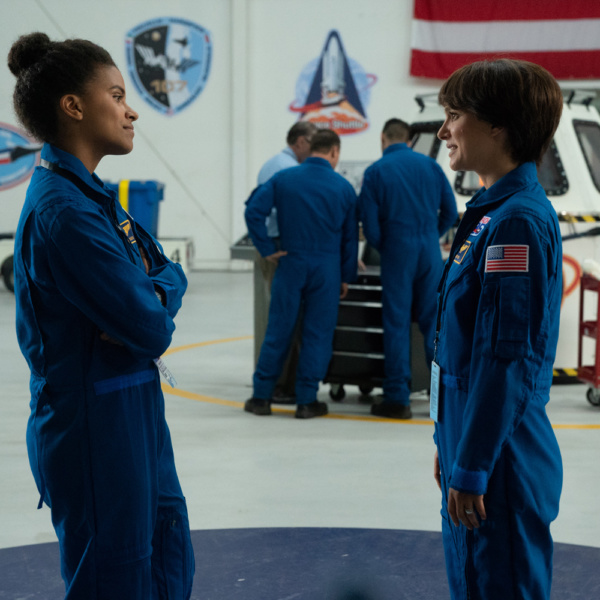