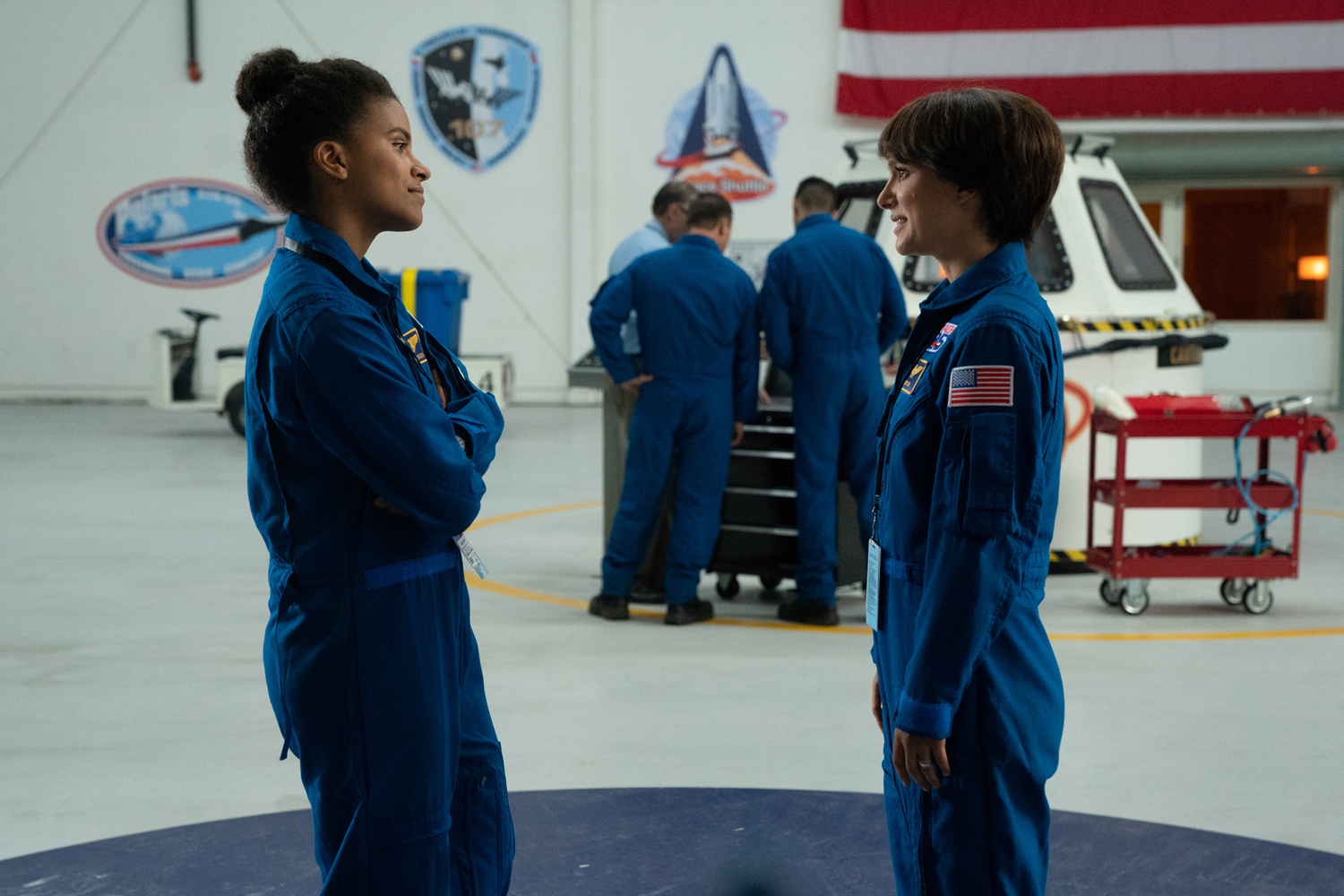 The traffic in the lobby of the massive ScotiaBank Cinema has thinned out considerably as many critics and industry folks have gone home or headed to New York for the next big festival. You can actually walk through here without bashing into anyone or getting bashed into. Once again the incredible TIFF staff and smiling volunteers have made this a terrific time. There is something infectious about their smiles and the manner they help everyone, despite taking some undeserved abuse from arrogant, entitled idiots.

The last two days are a chance to catch films on your list that gave you scheduling issues, so that is exactly what I am doing, though a few big ones are showing up late in the game. 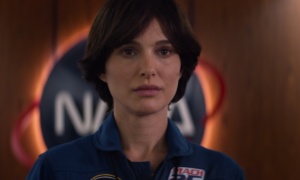 Though Natalie Portman is brilliant in this odd film, do not let It fool you. It might pretend to be about something hugely important, but in the end it is a film about a young woman who went off the rails after being in space, and further off when she realized the astronaut she leaves her husband for is cheating on her, with her competition no less. What feels like it might become mystical ends up melodrama of the highest order. Now that said, Portman is exceptional as Lucy Cola, who we first encounter in space, gazing down at the earth. Imagine that for a second. Knowing that every person you have known, do know and will know is on the blue planet blissfully going about their lives as you stare down. Something happens to Lucy as she watches her home planet with a mix of awe and wonder, but not something good. What could ever mean anything to her again after that exquisite moment of absolute majesty, staring down as though you were God? Back home with her decent, good husband she just cannot get back in the groove of everyday life. One day she is in space, looking down on earth, two days later after speeding home on a space shuttle she might be eating at a restaurant. How could anyone wrap their heads around that?

Lucy cannot and signs up for another space trip, which means intense training. She meets another astronaut, Mark (Jon Hamm) and despite orders not to fraternize they begin a lustful affair. But when Lucy’s  beloved grandmother (Ellen Burstyn) succumbs to a stroke, Lucy goes erratically off the rails. Taken off the training list, she leaves her husband but then discovers Mark is not the loyal lover she expected and is in fact carrying on another affair with Lucy’s chief rival.

Based on a true story, the film becomes melodramatic over the final third, and more difficult to watch. You might have some opinions that the final third works, but it does not, turning the film into a soap opera with a woman scorned acting out her rage.

Portman is electrifying throughout, giving the film an electric kick even when everything is falling apart. Speaking with a Southern twang, she often sounds like an angry Holly Hunter, though her eyes betray her, she is seething with rage over the perceived injustice done to her. Watch her walk with such purpose, such confidence, and when she has an idea she is going to see it through. When on her final mission, to make those who have passed her by pay, she is alarming in her raw intensity. No question, Portman is by far the best thing about the film, and I will see it again when it opens just to experience Lucy once again.

Jon Hamm is perfect in this kind of role. A good looking, sexy, intelligent guy who knows Lucy is married but does not care (the kind of guy you want to beat the shit out of), he is an opportunistic, pompous ass. Hamm plays it exactly that way but of course nothing is his fault.

The film is beautifully shot, with the sequences in space first rate given the budget of the film.

Portman, already an Oscar winner and multiple nominee, could find herself blasting off into the race for Best Actress again, though it is looking more and more like a loaded field for the women. 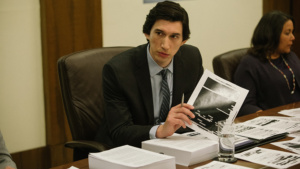 In the day’s, weeks, months and years after 9/11 did the CIA use torture as a means of obtaining information? If Zero Dark Thrity (2012) is the least bit accurate, and we know it is, of course they did. Water boarding seems to have been the torture of preference, the sensation of near drowning very strong in getting detainees to talk. But there was said to be other means, more brutal, all authorized by President Bush, though he repeatedly stated that he did not approve of torture.

Daniel J. Jones (Adam Driver) was selected to Chair a Senate Investigation on Intelligence, specifically to find out if the CIA did indeed torture detainees regarding what they knew about 9/11.

Jones would spend five years trying to get to the bottom of it all, met with constant obstacles. Hundreds of hours of interrogations were recorded but the tapes then destroyed. Why? Who allows that to happen unless there is wrong doing on those missing tapes.

As Jones digs ever deeper he realizes that no real information was found through methods of torture. Taking us inside the horrific cells, where men were stripped naked, short shackled, likely beaten or worse, and of course water boarded, the director is fearless in exploring exactly what the CIA did, and we all know they did it.

Feeling like a seventies political thriller throughout, the film is bolstered by Driver’s powerful performance and the work of the excellent ensemble around him.

Directed and written by Scott Z. Burns, loads of information is thrown at us, but in such a way we understand. Often electrifying, it is a startling, deeply troubling film which poses the question, when is torture acceptable?

It questions the very humanity of a nation’s leaders. 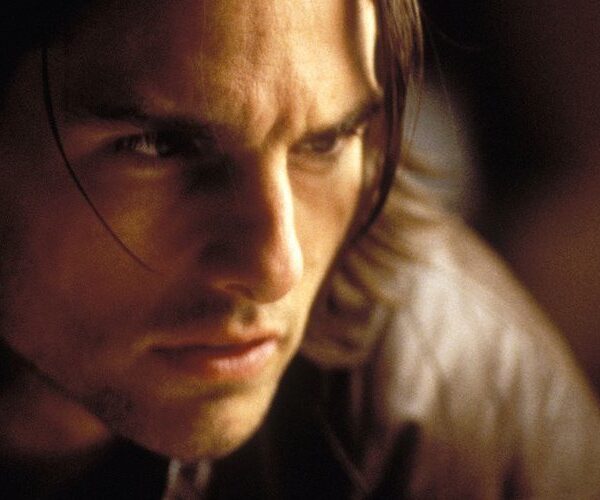 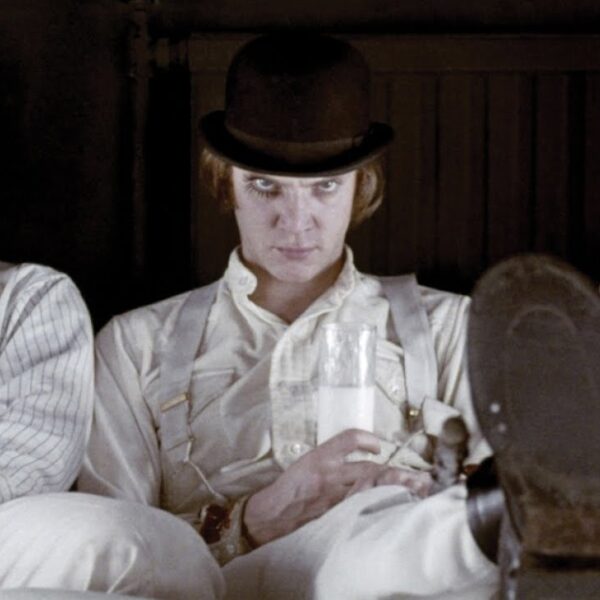 THE GREATEST AMERICAN FILMS OF THE SEVENTIES: #6