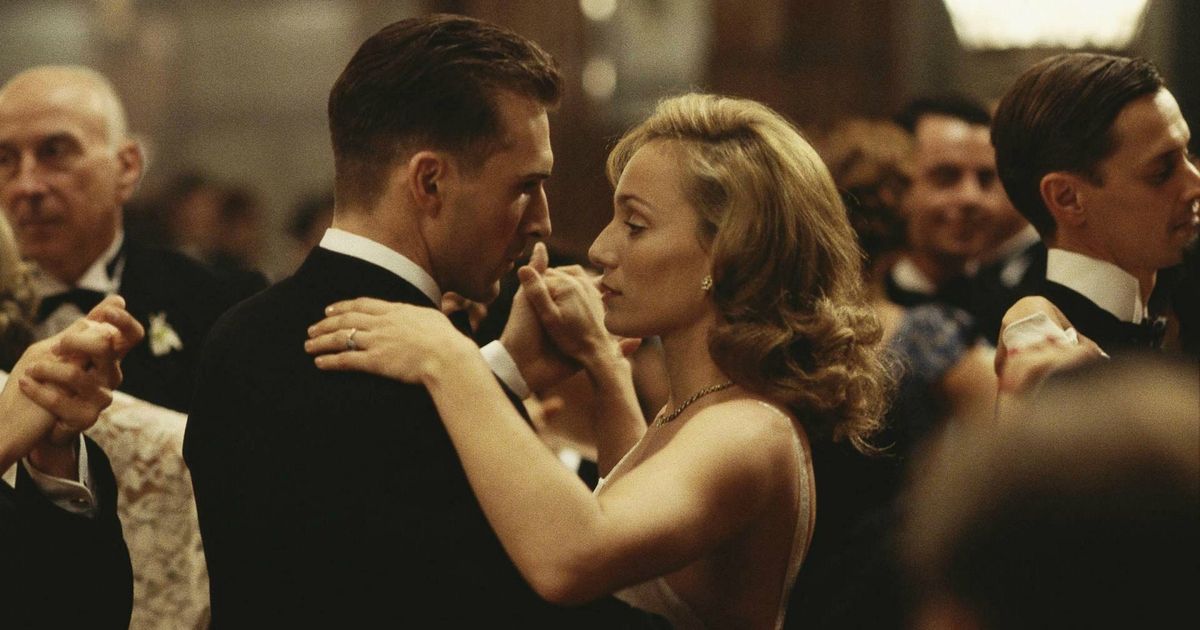 Twenty two years ago, the world saw director Anthony Minghella release what would become a monumental piece of cinematic artistry : the romantic war drama The English Patient (1996). Adapted from Michael Ondaatje’s novel, the film starring Ralph Fiennes, Juliette Binoche and Kristin Scott Thomas, amongst other exceptional actors, experienced an incredibly successful reception amongst the most prestigious award ceremonies in the industry. Wining nine out of its twelve nominations at the Academy Awards, including the award for Best Picture, Director and Cinematography, as well as multiple trophies at the Golden Globes and BAFTA ceremonies, it reached universal acclaim and  positioned itself as one of the most triumphant films of the year.

While most responses praised the film as a brilliant masterpiece, other reactions deemed its 162 minutes as an overly long narration filled with flaws and unlikeable characters, unworthy of its many awards. Indeed, it does not ascend to the same level of the greatest love stories in film history and the protagonist’s density makes it difficult for one to grasp his emotional suffering, however there’s a simple reason for that which one should not overlook when assessing its quality : The English Patient does not try to be the epitome of another classic romance because it isn’t one. This is first and foremost a tragedy, and through its multilayered stories and themes, it goes beyond the love story that primarily classifies its narrative. To each his own cinema… but with its rich storyline enveloped in a highly artistic visual sumptuosity, it did nothing but drag me into its world from the start to the ending, during which I personally hardly noticed its two and a half hours pass. Minghella’s picture has, for me, rightfully earned its victorious place on the big screen and here’s why.

The English Patient (1996) shifts its storyline between two settings and timeframes. In the first, it is 1944 and the end of WWII is approaching. In an abandoned monastery in Italy, a French-Canadian nurse named Hana takes care of a disfigured dying man, known as the “English patient”, who suffers from severe burns and apparent memory loss. As he digs back into his memory, we are told of his past life before the war through a series of flashbacks, in which a doomed love affair ensues between him and a married Englishwoman, against the backdrop of the never-ending dunes of the Sahara desert.

Within its fractured narratives, separated by time, space and characters, Minghella manages to impose harmony and balance. There is a continuous sense of mystery lingering above the storyline as we are omitted from certain aspects that explain the beginning of the film. This shapes the narrative into a sort of puzzle, of which we are slowly given more and more pieces of information, until arriving to a coherent whole at its resolution. This smartly organised structure enhances the impact of the ending, the beginning, and thus the whole film.

Ralph Fiennes plays both versions of the man known as the “English patient”, although we quickly understand that he is not English at all. His real identity is that of Count László de Almásy, a Hungarian cartographer mapping the desert near the Egyptian-Libyan border, as part of an expedition of the Royal Geographical Society. As we’re sunken into the narration of his memories, we’re introduced to a rather cold and solitary character. He presents himself as a man of few emotions, with a quiet and reserved personality, who nevertheless stands strong to his convictions. His affair with Katharine Clifton, who has come from England with her husband Geoffrey to join the mission, reveals another side to him that was then still unknown. Bit by bit, they fall into a sensual romance, where intimacy meets intellect, where their individual independence surrenders to their connection.

The idea of ownership and possession becomes an important theme within both internal and external factors influencing the tragic fate of their story. While the nature of their relationship is socially unaccepted, as Katharine is a married woman and thus “belongs” to somebody other than Almásy, the arrival of war acting as a backdrop to their romance also reinforces the idea of territory and man-created limits. On the one hand, their romance therefore transcends the borders set upon them, portraying in a sense the limitlessness and freedom of love. On the other hand, nobody wins in a war, as losses and betrayals are inevitable, and so the same is said for their affair, which acts as a second battle, interiorly present within the characters affected.

Within the core of their affair, this theme is also seen at play. While Almásy initially shows his loathe towards ownership or as he says “being owned”, he later claims Katharine’s suprasternal notch as his own, contradicting his opinion when under the influence of the passionate love and attachment he now feels towards her. His connection with the English woman unveils his capacity to love deeply and grow jealous, which both leads to his own pain and suffering and to the beauty of his all-consuming love for which he goes to great lengths to try and save. Like the hot desert in which they begin and end their story, their love is passionate although calm, bearing layers of depth, like the millions of sand-corns hidden underneath the surface of the dunes, that extend themselves endlessly like what appears to our eyes as the never-ending limits of the Sahara.

As each character changes and travels through their own arch of moral crises, their sense of identity is challenged. Within their relationships, the settings that surround them and the course of actions that take place throughout their narratives, there’s an exploration of various elements that shape they way they’re perceived in contrast to who they truly are.  As mentioned before, Almásy shows to be more than what he seems to be at first glance, even when in conflict with his own persona. The same way the protagonist draws maps of the desert, imposing a constructed identity on lands that were not yet explored, the issue of nationality comes into play in his own misadventures that lead him to be misread as an English man. Even more ironically, these differences in nationalities, and thus identities, fundamentally observed as the base of the issue of war, end up affecting him the other way around through events that eventually cause the final separation of the two individuals, as soldiers restrain Almásy for not being English and thus prevent him from rejoining his lover. The memories of the dying man laying in an Italian monastery, eventually bring to the surface all that has made him the person he now is, and while he initially does not recall his own identity, it is through the act of remembering and storytelling that he understands what has formed his final self.

While Minghella skillfully manages to encapsulate the various layers of the story in an intriguing, forward-moving non-linear plot-line, John Seale leaves the viewer in awe with The English Patient’s stunning cinematography. There’s an intricate play with light and shadow, and the soothing colours of the desert and the golden horizon are beautifully shot and observed from the perspective of the sky. The soft shape of the dunes, that resemble the curves of a naked body, smoothly fade into the the folds of resting bedsheets. Behind every transition, lies a meaning, behind every image so magnificently painted, lies some kind of emotion.

The English Patient (1996) explores a variety of themes within the film’s main premise, adding complexity and depth to the love story between Katharine and Almásy. One has to take into account the context of the narrative in order to fully grasp the multilayered nature and interdisciplinary topics present in this cinematographic work. Within the bigger picture lay intricate poetic references, and through some elegantly written dialogue, stories of love, loss, passion and death are interconnected into a beautiful coherent whole. One cannot take out and merely observe the relationship between the two lovers, disregarding all other events, as that would make the film fall incredibly flat. The romance between the English woman and the Hungarian man cannot stand on its own. The English Patient needs all of its ingredients for it to work as majestically as it did for me. It is therefore not only a love story, it is much more than that.

The other crucial plot lines in Minghella’s film that contribute towards its success are the ones surrounding the characters of Hana, who becomes involved in a love story of her own while struggling to heal her scars of the past, and David Caravaggio, a man who settles in the old monastery in the attempt to find out the truth about an incident that connects him to the “English patient”. While its 162 minutes might seem long, every piece of it actively takes part in telling the many stories that constitute the film’s entity. It is by giving a voice to each character and allowing them to remember their past, that they all find a way to heal their wounds.

In my eyes, it is through its rich interconnecting narratives, splendid visuals and passionate performances that The English Patient (1996) stands tall as a poetic, artistic and powerfully poignant drama. No matter how well I know it, watching the ending breaks my heart every single time. To me, only truly good films can do that. 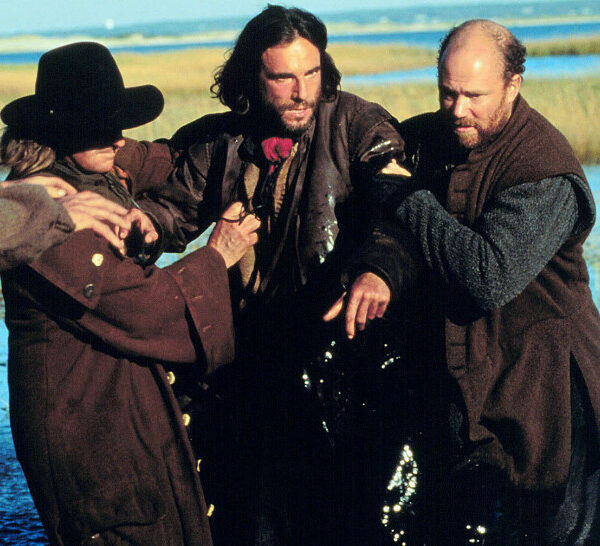 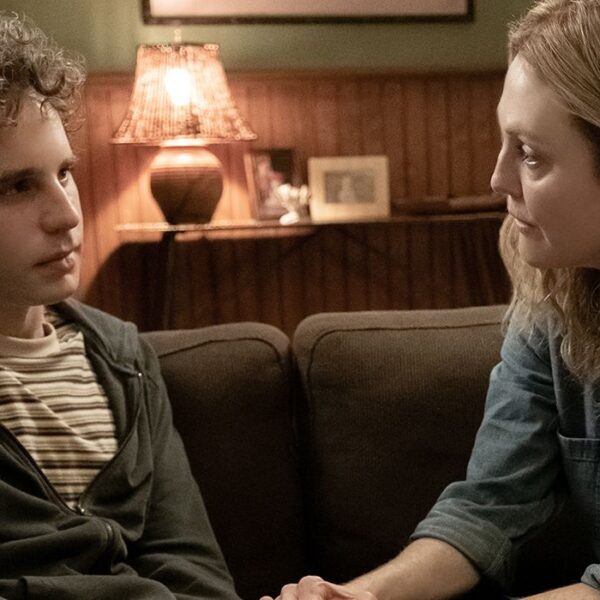